Kathryn Dane believes ‘cohesion and culture’ are helping the Ireland Women’s squad to progress under the guidance of new head coach Greg McWilliams and his management team.

Following back-to-back defeats at the hands of Wales and France, Ireland earned their first victory under the Dubliner when Italy paid a visit to Musgrave Park a fortnight ago.

Thanks to a five-try performance – including efforts from Lucy Mulhall, Neve Jones, Eve Higgins and Katie O’Dwyer – Ireland came away with a 29-8 triumph from the TikTok Women’s Six Nations third round clash.

Reigning champions England will provide a stern test at Mattioli Woods Welford Road on Sunday (kick-off 12pm), but the Fermanagh native feels that much-changed Ireland are capable of leaving their mark on the game.

“As we’ve been working through this campaign, I think our point of difference in this campaign is the cohesion we have within this group. We’ve cultivated an awesome culture within here. It is going to be a battle against England,” said scrum half Dane.

“Our point of difference with our culture and the cohesion we have in our team, and the trust that we have as players amongst ourselves, will really come to the fore.

“I just can’t wait to express ourselves and be tested. Test our skill and showcase our systems.”

Whereas Dane will be picking up her 22nd international cap this weekend, her opposite number, Bristol Bears half-back Leanne Infante, is set to make her 50th appearance for the Red Roses.

“I’ve been watching her the last few games. She’s a great 9. Obviously she’s got a right few games under her belt as well,” Dane said of Infante.

“I’m definitely up for the challenge, I can’t wait to size myself up against her. Challenge my skills, challenge her skills. Have a really good battle.” 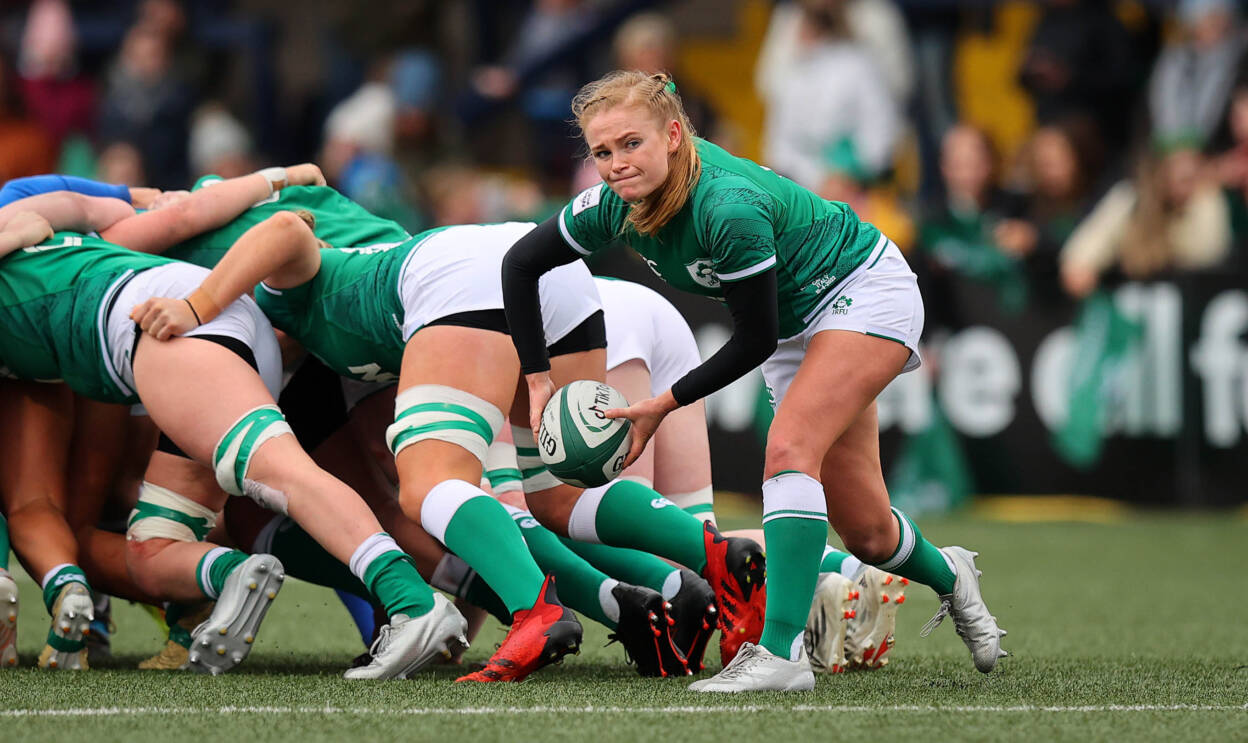 Given England have accumulated a maximum tally of 15 points from their three games to date – crossing the whitewash for 31 tries along the way – the consensus is that Ireland will be up against it in Leicester on Sunday afternoon.

However, this will not stop Dane and her team-mates doing everything within their powers to halt the march of Simon Middleton’s charges.

As a 9, I kind of live for these big games where our decision-making is tested, where you have to bring the composure and the calm amongst the storm that England are going to bring.

“We’ve been studying them and we’re going to break the game up into small periods. Greg has mentioned that an average phase of play is 26 to 28 seconds so we’re going to just work really hard within that time.

“We’ll dictate the pace and tempo we want to play at. We’ve really started to grow as a backs unit and as a full squad over the past few weeks.

“We’re starting to come into our stride now, we’ve got our rhythm. If we stay composed and execute our skills within the systems, that’s what we’re looking for this weekend.”

Having made her debut against England in 2019, Dane is now one of the more experienced members of the Ireland set-up. Leinster’s Molly Scuffil-McCabe is at the opposite end of the spectrum and will earn her first cap at full-back.

Dane has known the Lucan woman for quite some time and is delighted she is getting her chance to impress in such a big game. 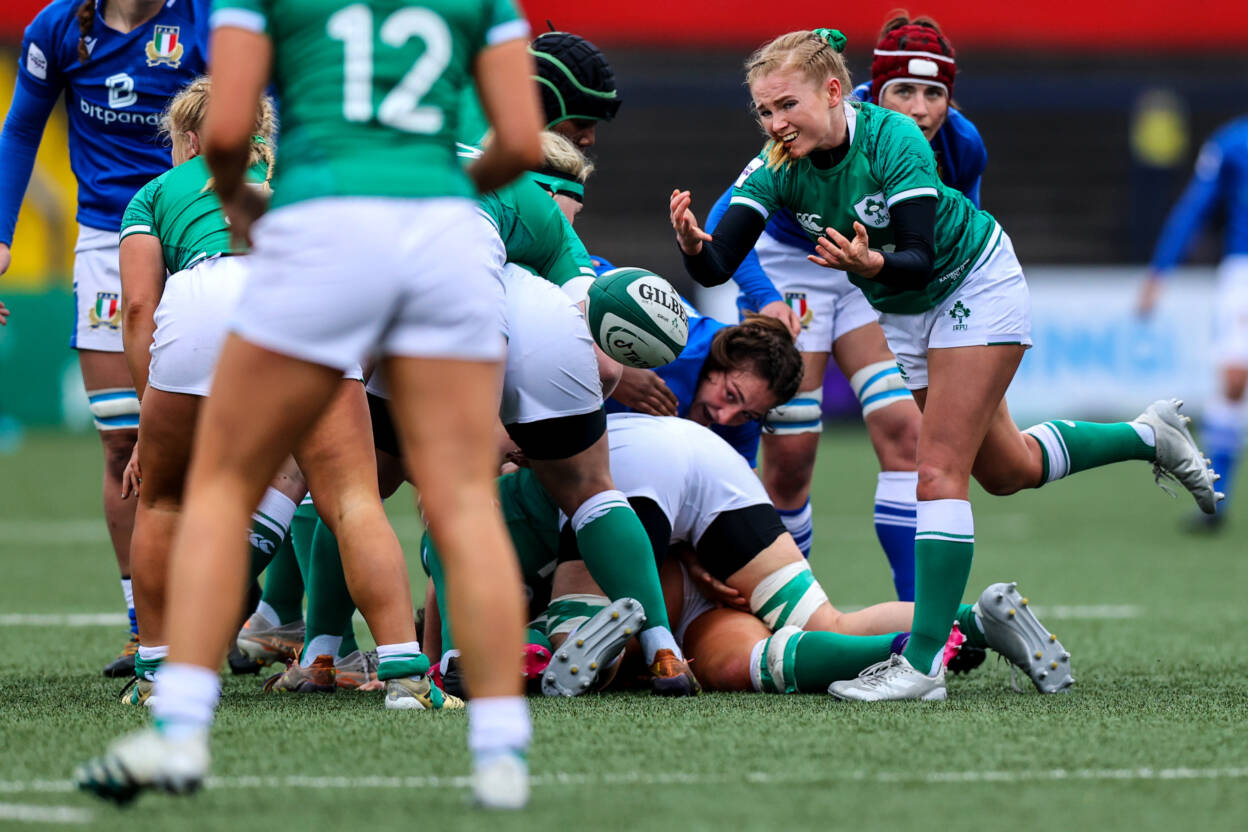 “I would have played underage Sevens with Molly back in the day. It was maybe the first year of Under-18 Sevens. She was a 9 as well actually, so I often had a few shoulder battles with her for getting the nine jersey back then,” she added.

“Now she’s a 15. She has brought that match control and decision making into that position. I think it’s a real point of difference for her that she’s such a steady head.

“Whatever challenge gets thrown her way, she’s just always ready to get back up and express herself. She’s been with us from the start of this campaign.

“Her game knowledge and her skill-set is just unbelievable. I’m sure you’ve seen her play through the Interpros and in the AIL system at home.

“She’s champing at the bit to get going this weekend and I can’t wait to see her unlock her talent. It’s great that she’s going to be surrounded by the experience of Eimear (Considine) and Sene (Naoupu) either side of her as well.”