Division 1B table toppers Old Wesley’s promotion bid was dramatically ended by Naas with a 37-36 defeat in an unforgettable finish at Energia Park.

Gary Kavanagh plucked down Tim Murphy’s skip pass to run in a second-minute try for Naas, setting them on their way to a thrilling four-try victory.

A slick move off a scrum saw Ben Murphy open Old Wesley’s try account, with powerful tighthead Cronan Gleeson then twisting his way over in the 20th minute.

Both teams had yellow cards but Naas picked up the points, two more penalties from captain Peter Osborne’s ultra-reliable right boot giving them a 16-14 half-time lead. 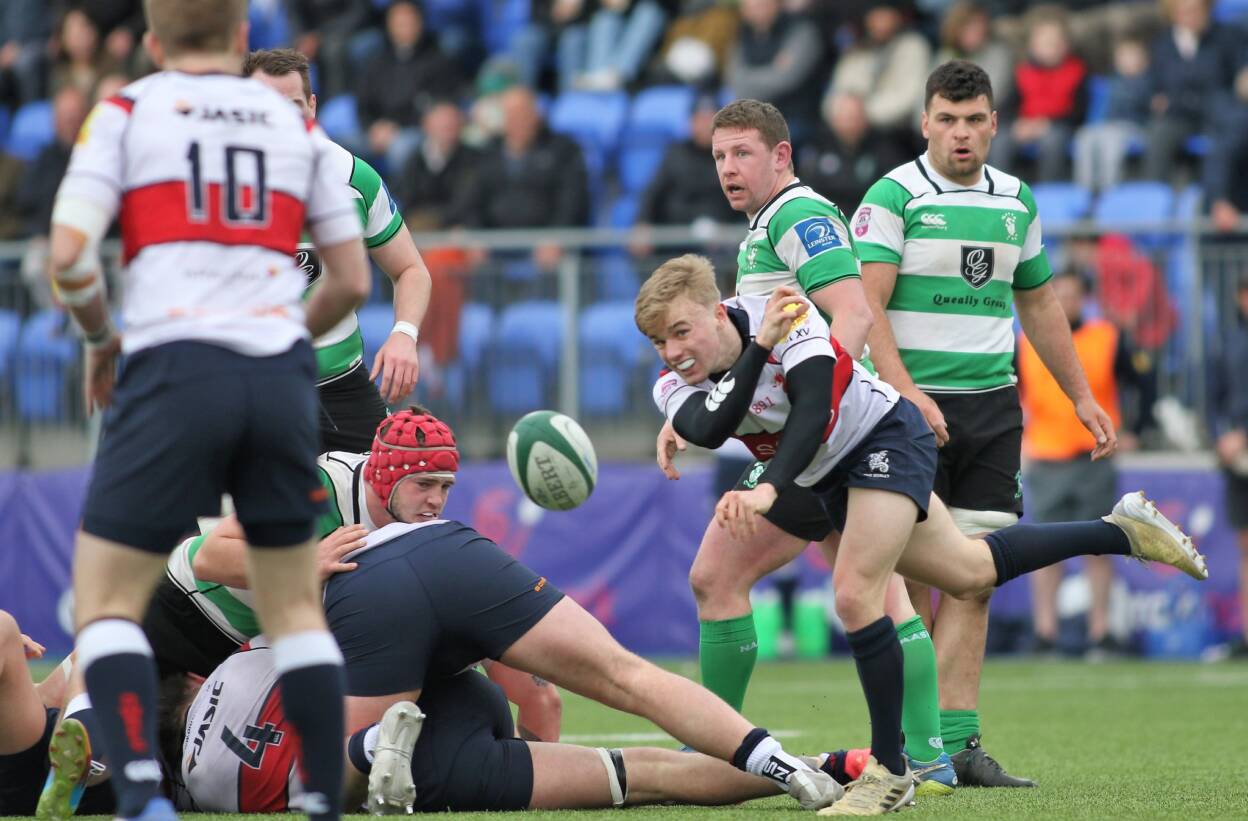 The precise place-kicking of full-back Osborne went on to have a huge say in the outcome, with his 17 points from the tee taking his tally for the league season to an incredible 219 points.

Another huge factor in the result was Wesley losing centre James O’Donovan to an early second half red card. A deliberate knock-on led to his second yellow card of the game.

Johne Murphy’s Cobras wedged in three converted tries between the 45th and 62nd minutes as Sam Cahill, via a terrific Craig Ronaldson offload, scrum half Murphy and Donal Conroy all crossed. 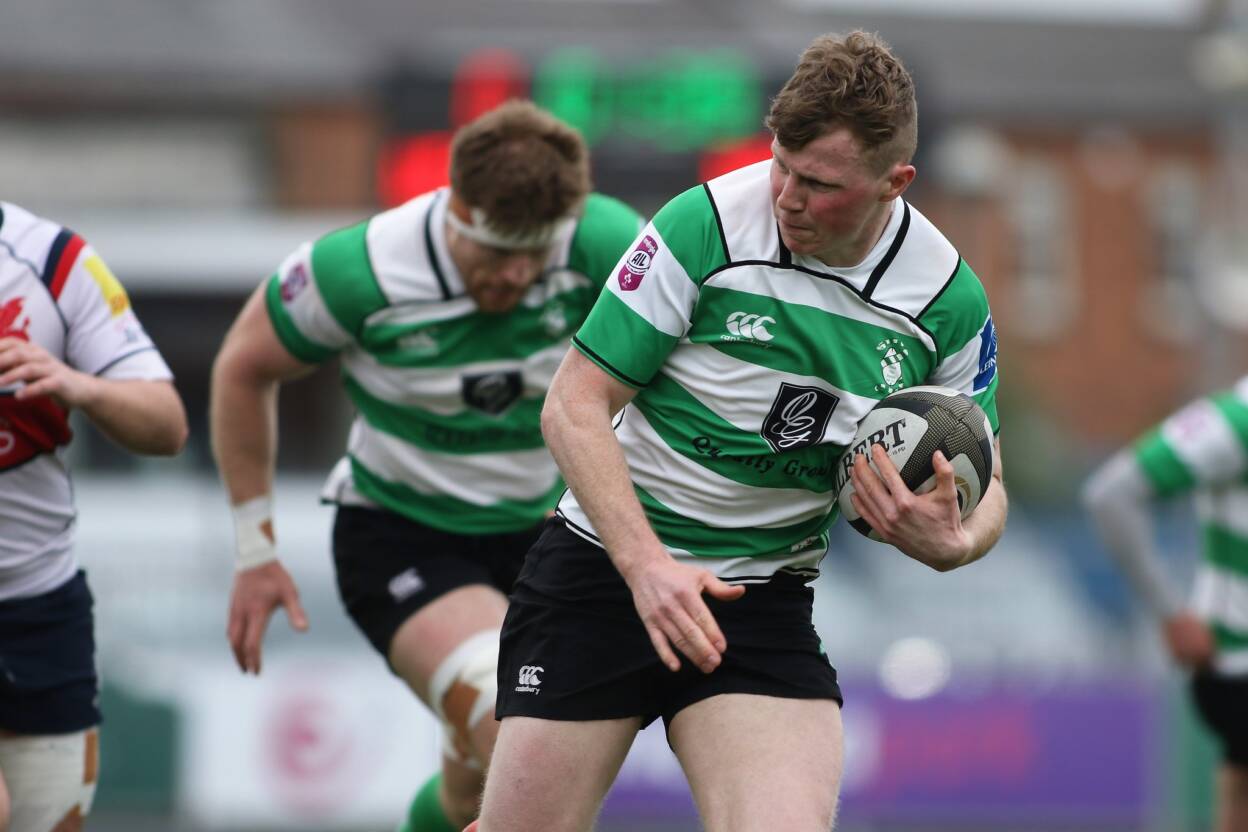 14-man Wesley’s only response was an Ian Cassidy penalty until they found something extra late on, almost pulling off the comeback of all comebacks.

Suddenly the Naas lead was down to just 37-31, and with the home supporters in full voice, Connor Johnson’s sin-binning evened up the playing numbers in a grandstand finish.

Wesley plugged away close to the posts before the influential Paddy McKenzie flung a pass out wide for fellow replacement Brendan Monahan to score in the corner and make it a one-point game.

Up stepped McKenzie for the decisive conversion, five metres in from touch, but his kick missed the target in a cruel, season-ending twist. 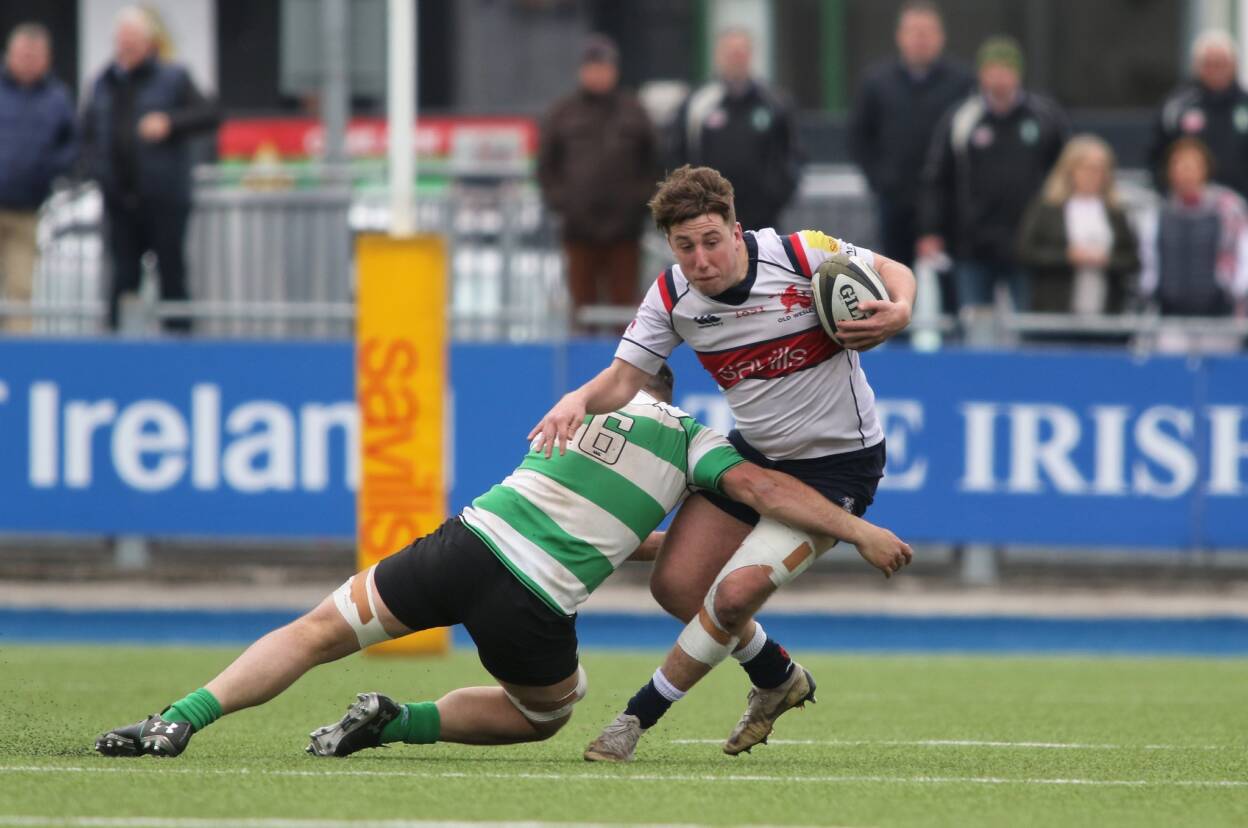 Shannon will host Naas in the promotion decider after overcoming second-placed Highfield 25-19 in Cork. Their powerful forwards outmuscled the hosts in a three tries-to-one triumph, with Jake Flannery kicking the other 10 points.

Backed by a strong wind, Highfield took a 16-15 lead into the break, Shane O’Riordan kicking three penalties – including one from halfway – and converting Paddy O’Toole’s try which came from a Travis Coomey pass.

Shannon, who had an earlier try from Jordan Prenderville, recovered from a Sean McCarthy sin-binning to land a late first half try run in by Jack O’Donnell, following the initial damage caused by their maul. 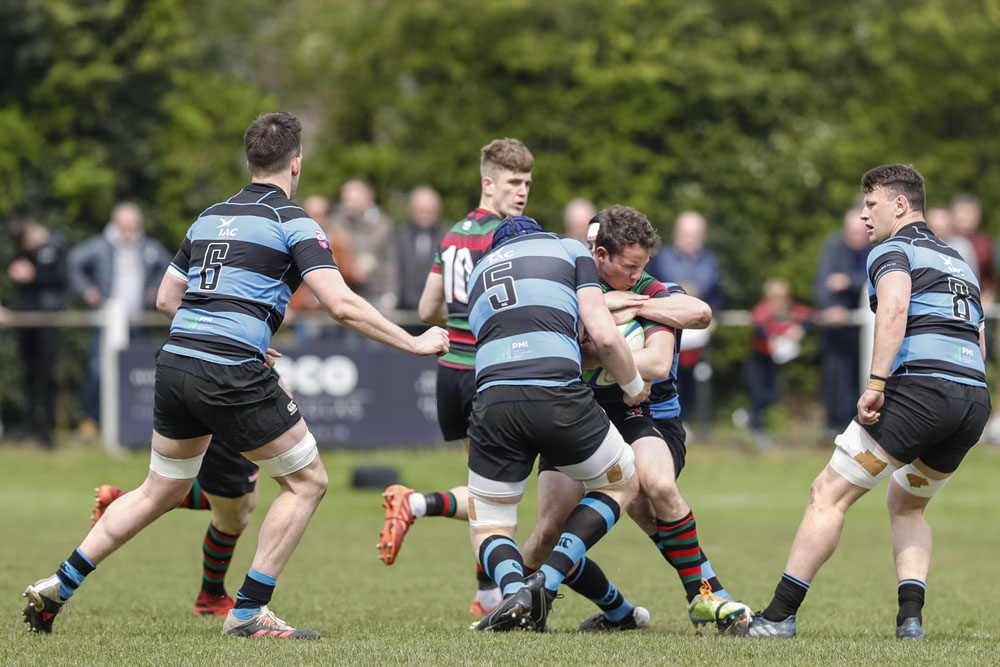 Two minutes into the second half, a lineout steal propelled Shannon forward again, their front row punching holes and lock Ronan Coffey was unstoppable from close range. Flannery converted for a 22-16 lead.

The Ulster-bound Flannery drilled over a 56th minute penalty, but Pat O’Connor’s charges had to endure a nervy conclusion. A fourth O’Riordan penalty raised Highfield’s hopes but their late push for a converted try fell agonisingly short.

Centre Ben Carson, a recent Grand Slam winner with the Ireland Under-20s, got amongst the tries as Banbridge won their relegation play-off first leg against Navan.