Cork Constitution moved back into the top four with a 27-19 win over Young Munster, setting up a dramatic final day of the Energia All-Ireland League’s regular season next Saturday.

Clontarf and either Terenure College or Lansdowne will have home advantage in the Division 1A semi-finals, but Cork Constitution, who host Lansdowne next weekend, still have to fight off Dublin University for fourth place.

They turned in an excellent final quarter at Greenfields to end Young Munster’s title hopes, with Billy Crowley’s fifth-minute try from a sublime Luke Cahill offload setting Con on their way.

Evan Cusack dabbed a kick through for Conor Phillips to grab Young Munster’s second try, and just a few minutes later, Shane Malone powered over from a maul for a 19-13 turnaround.

However, former Con captain Niall Kenneally barged over in the 54th minute and Moynihan, their current skipper, converted to edge his side back in front.

Hooker Max Abbott then burrowed over for the clinching try, following big carries from Kenneally and powerful replacement Conor Kindregan. 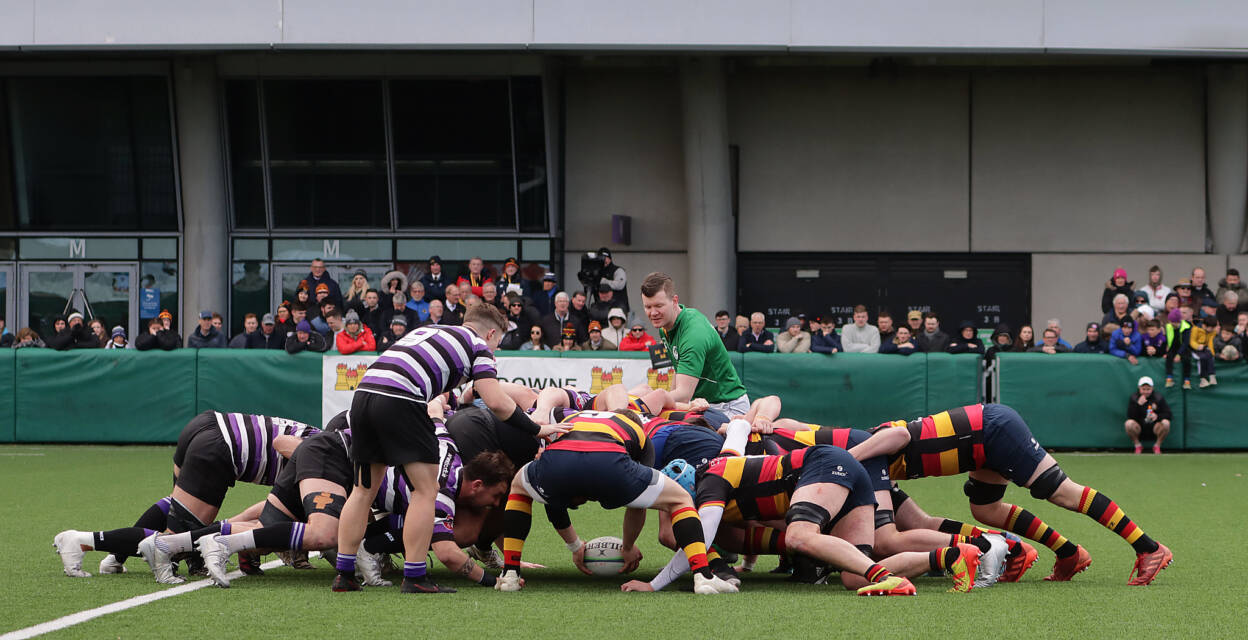 Terenure College, who entertain UCC next Saturday, have a home semi-final within reach after a very impressive 42-30 bonus point victory at Lansdowne.

Charlie Tector returned at out-half for Lansdowne following his Grand Slam heroics with the Ireland Under-20s, but it was very much Terenure’s day on the Aviva Stadium’s back pitch.

Former Connacht back Colm de Buitléar showed his class again with a brace of tries, while Caolan Dooley had a brilliant cameo off the Terenure bench, scoring a try and splitting the posts six times for a 20-point haul.

It was five tries-to-four in the end, with Connacht’s Peter Sullivan getting on the scoresheet. Intriguingly, these sides are now destined to meet again in the play-offs with ‘Nure in the box seat to claim home advantage. 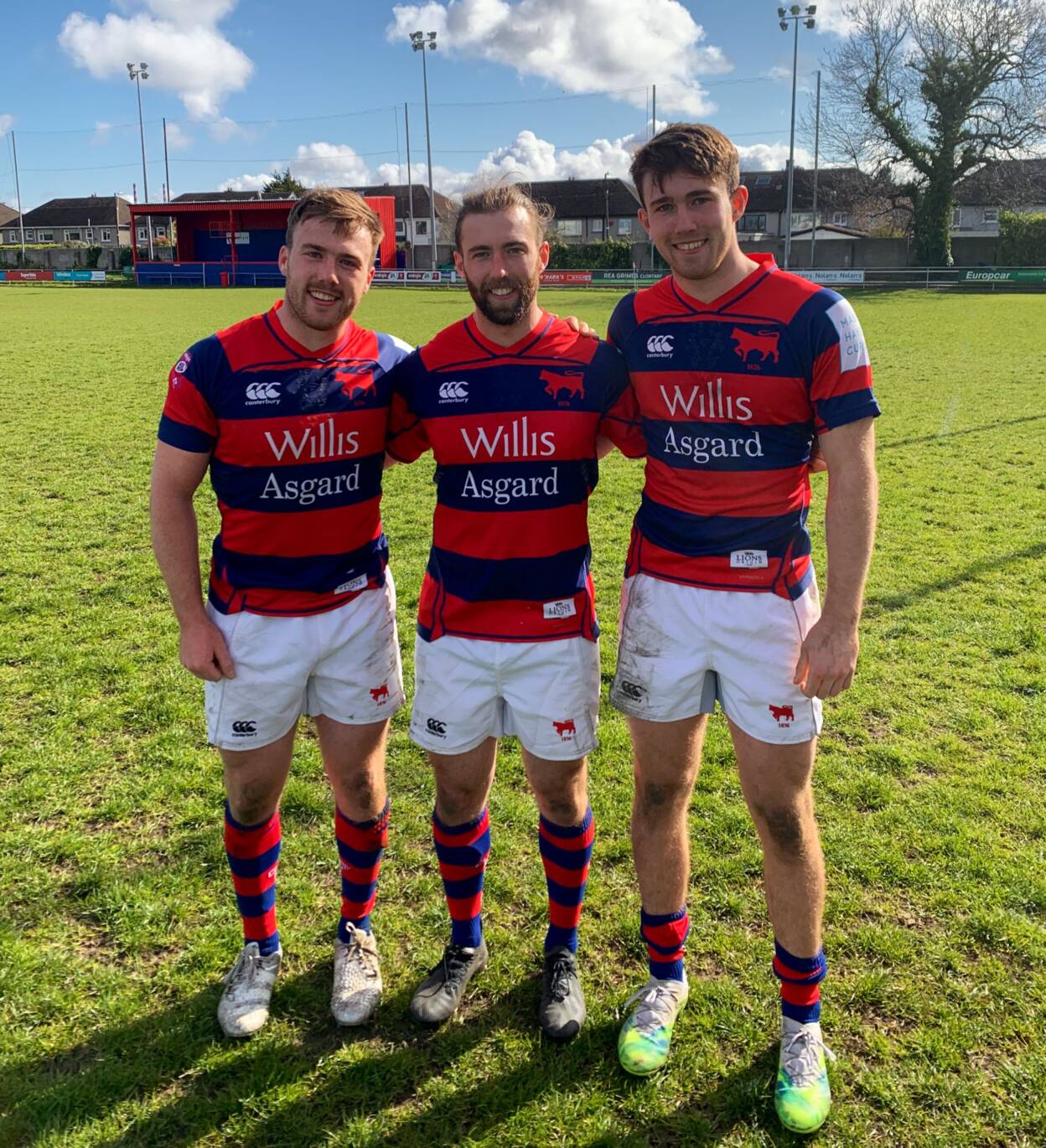 The Hawkshaw brothers, David, Daniel and Jimmy, had a day to remember at Castle Avenue as they each scored tries in table toppers Clontarf’s 40-14 bonus point triumph over Ballynahinch.

Centre Daniel completed his brace and then winger Jimmy pocketed the bonus point in the 33rd minute, with Michael Brown also dotting down to cancel out Bradley Luney’s well-taken opener for Ballynahinch.

The scoring dried up in the second half, Greg Hutley closing the gap to 33-14 on the hour mark before Aitzol King, fresh from the Ireland U-20s’ Grand Slam success, ran in a 68th-minute intercept try from the ‘Tarf 22.

Converted scores from Matthew Bowen and Joe O’Leary had bottom side UCC on the cusp of beating Garryowen, but Munster Academy youngster Tony Butler’s last-gasp penalty saw the Light Blues prevail 15-14 at the Mardyke.

Dublin University won their first Colours three-in-a-row since 1991 after overcoming UCD 34-27 at a wet College Park on Friday night.

David Ryan’s ninth try of the league season was central to UCD’s strong start, but they trailed 17-13 at half-time with James Tarrant and Cian Reilly both in the sin bin.

Trinity’s maul was a key weapon, setting up tries for Mark Nicholson in each half. Munster scrum half Paddy Patterson sniped clean through from a ruck to keep UCD in the hunt at 24-20 down.

However, an O’Kennedy penalty steadied the ship for Tony Smeeth’s side before a brilliant left wing break from Ronan Quinn, coupled with a smashing offload from Leinster’s Rob Russell, teed up Luis Faria to release O’Reilly for the try-line.

It could be a vital try in the context of Trinity’s season – they trail fourth-placed Con by two points ahead of their final round trip to Garryowen – and UCD’s only consolation was a late Bobby Sheehan score. 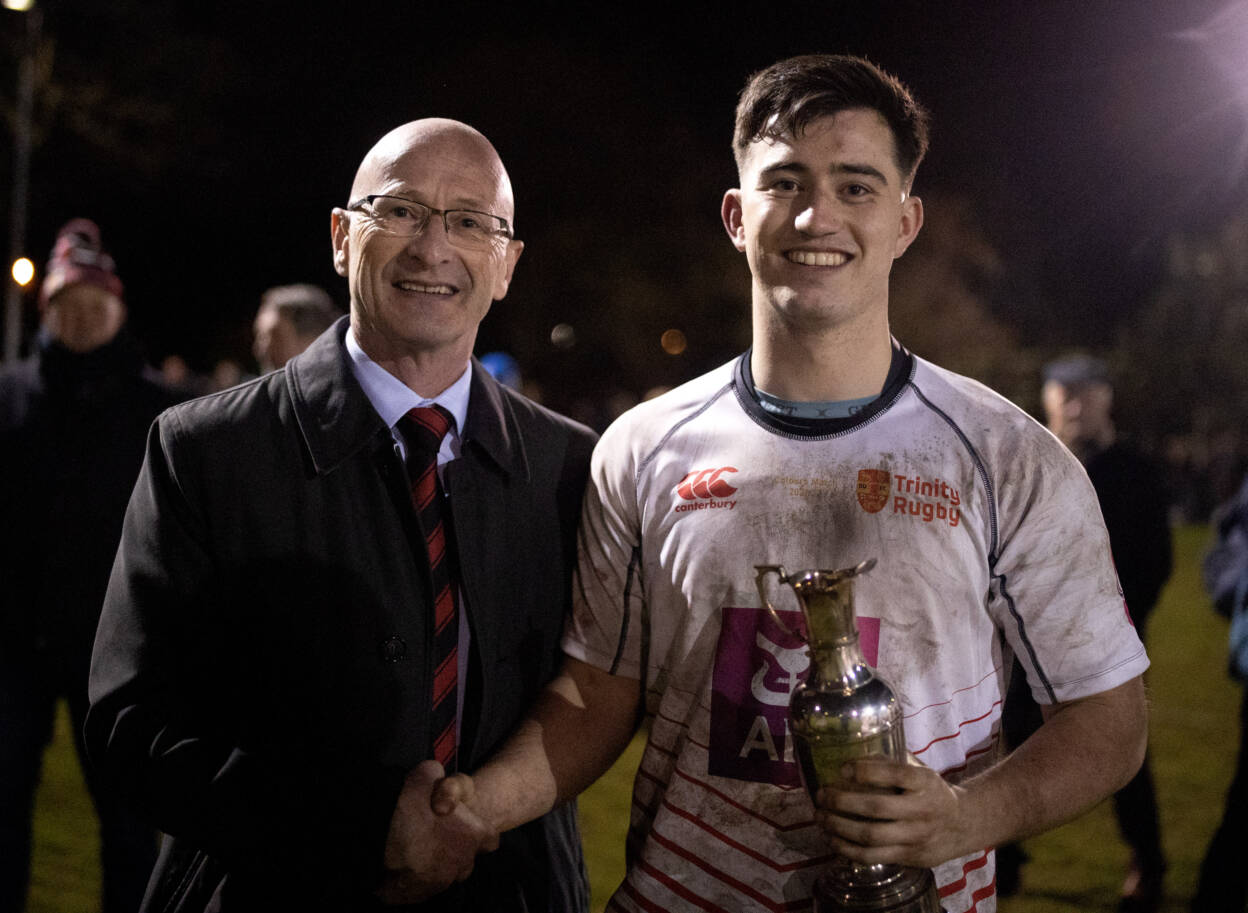