Ireland captain Jonathan Sexton cut a satisfied figure when speaking to the media in the aftermath of Saturday’s 32-15 bonus point win over 14-man England at Twickenham.

Despite playing virtually the whole of this gripping Guinness Six Nations game with an extra man following the early dismissal of Charlie Ewels, the visitors were forced to go to the well before claiming maximum points.

With their lead suddenly erased on the hour mark, 17 points without reply – including seven from the boot of Sexton – ensured that Ireland kept their Championship and Triple Crown hopes alive.

This was the Leinster out-half’s third time to win a Six Nations fixture at Twickenham, following previous successes against England in 2010 and 2018, and he certainly was not losing sight of this fact.

“It was a good Test match. You’re never going to come here and have an easy game, no matter what,” admitted Sexton, speaking at the post-match press conference.

“England have lost something like eight Six Nations games over the last 20 years here. It’s an incredibly tough place to come and when you come here, you need to play your best.

“At times we didn’t play our best, but then other times we played some great rugby. Probably a mixed performance by ourselves, but just outstanding by the lads to keep to task and to keep to the game-plan.

“We got our rewards with a couple of tries at the end, which will be very important in the Championship race.”

With England overcoming a 15-9 half-time deficit to get back on level terms, it looked like the momentum was with the hosts heading into the final quarter. Sexton believes the fact that Ireland came through this sticky period is a sign of the growth within the team. 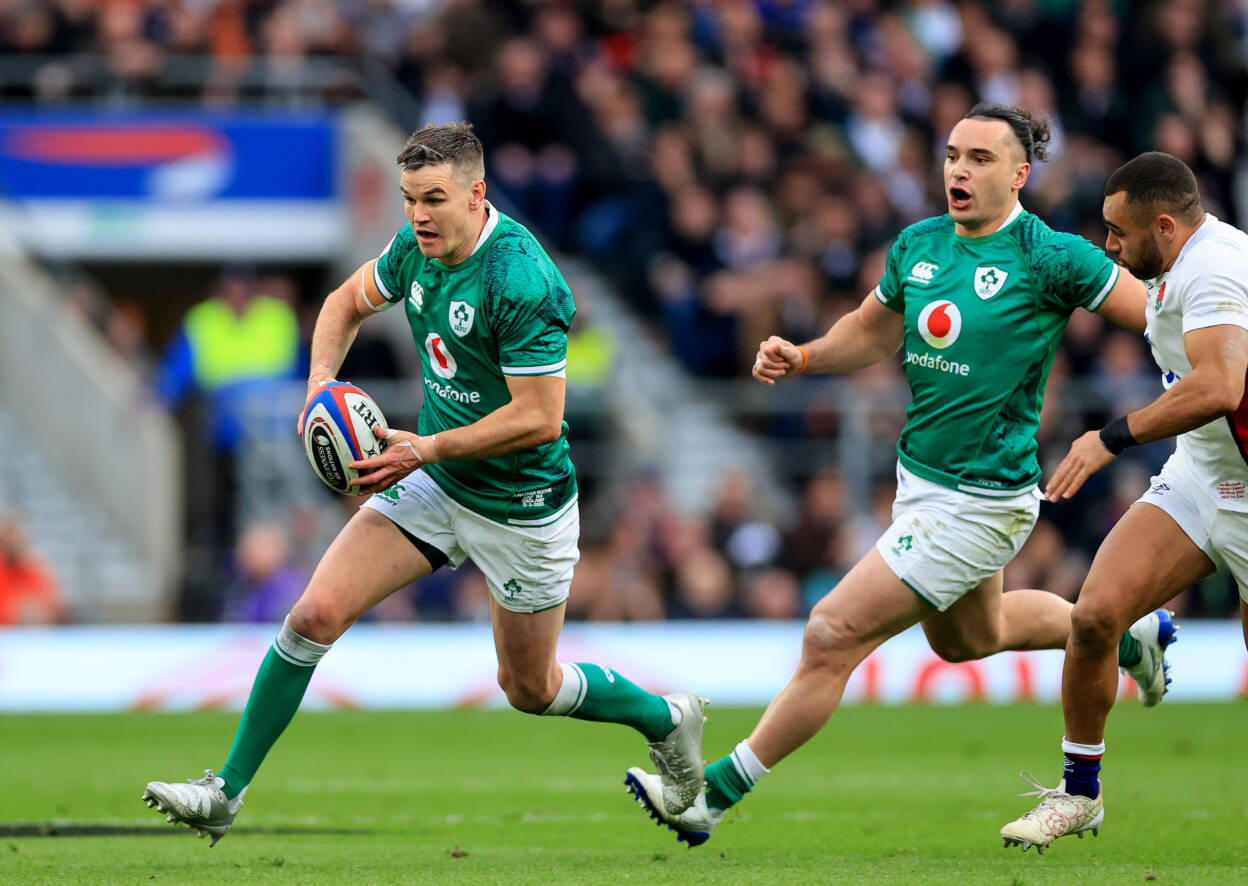 “The positive thing we’ll learn is that I think two years ago we would have lost that game. At 15-all, I don’t think we would have had the composure to regroup, but the mental skills development that we’ve done over the last couple of years really stood to us.

“Even during the week, we prepared for things like this. That’s the positive out of it. What you learn is when things can distract you like a team going down to 14 men, you need to just focus on doing the basics really well and at times we just forced a couple of things.

Those things were on, so it’s probably execution more than decision making. Then at other times, we didn’t play. We tried to kick the ball or didn’t shift it to the edge when the space was there.

“There’s lots we’ll take out of it and we’ll just build towards next week now (facing Scotland in the final round). We’ve a chance to win a Triple Crown at home in the Aviva.

“We very rarely have had a chance to play for something in the Aviva in front of our home crowd. Often when we have it has been away from home. A big week ahead of us. We’ll learn plenty, but it will be all focused on Scotland.”

Ireland have won their last six matches against Scotland, including three at the Aviva Stadium and last year’s hard-fought 27-24 success in Edinburgh.

The Scots ran the men in green close on their most recent visit to Dublin two years ago, losing 19-12 with their captain Stuart Hogg left to rue a knock-on over the try-line. 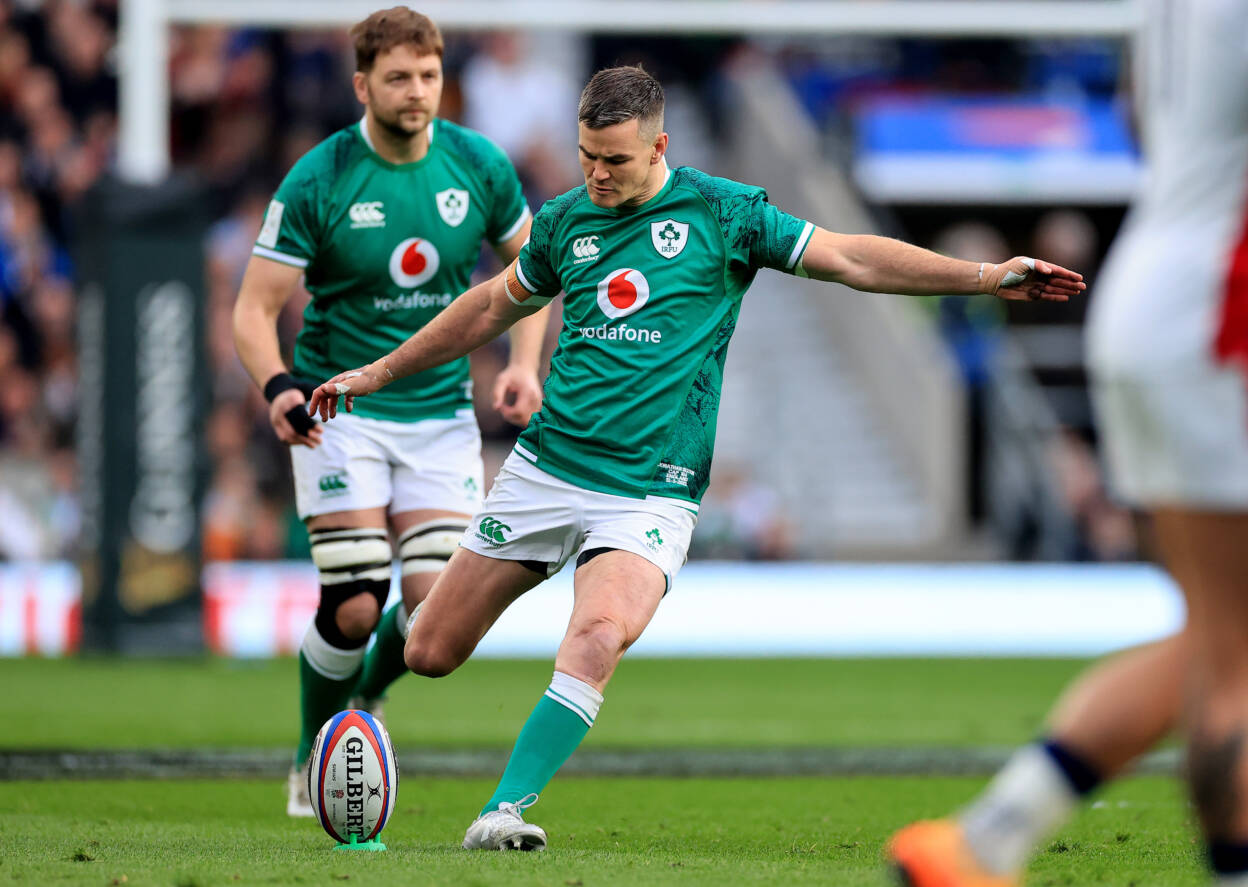 Nonetheless, Sexton acknowledges that Ireland will need to sharpen up on certain aspects of their play in order to deal with the threats of Gregor Townsend’s charges.

“We were composed through the whole game (against England) and we started the second half brilliantly. We had loads of pressure on. We had try-scoring opportunities,” he added.

“We called a couple of balls out the back and we didn’t execute. We didn’t take a couple of chances and they defended pretty well. Heroically at times with 14 (men).

“Our lack of execution would be something that we’ll look at with the coaches and we’ll try to get better. Because we’re playing against a team that you need to be really clinical against next week if you want to win the game.”