Clontarf took a giant step towards securing a home Division 1A semi-final with a convincing 23-14 win over Lansdowne, their closest rivals.

Lansdowne were first on the scoreboard, their in-form winger Sean Galvin running in a fifth-minute intercept try which Peter Hastie converted. 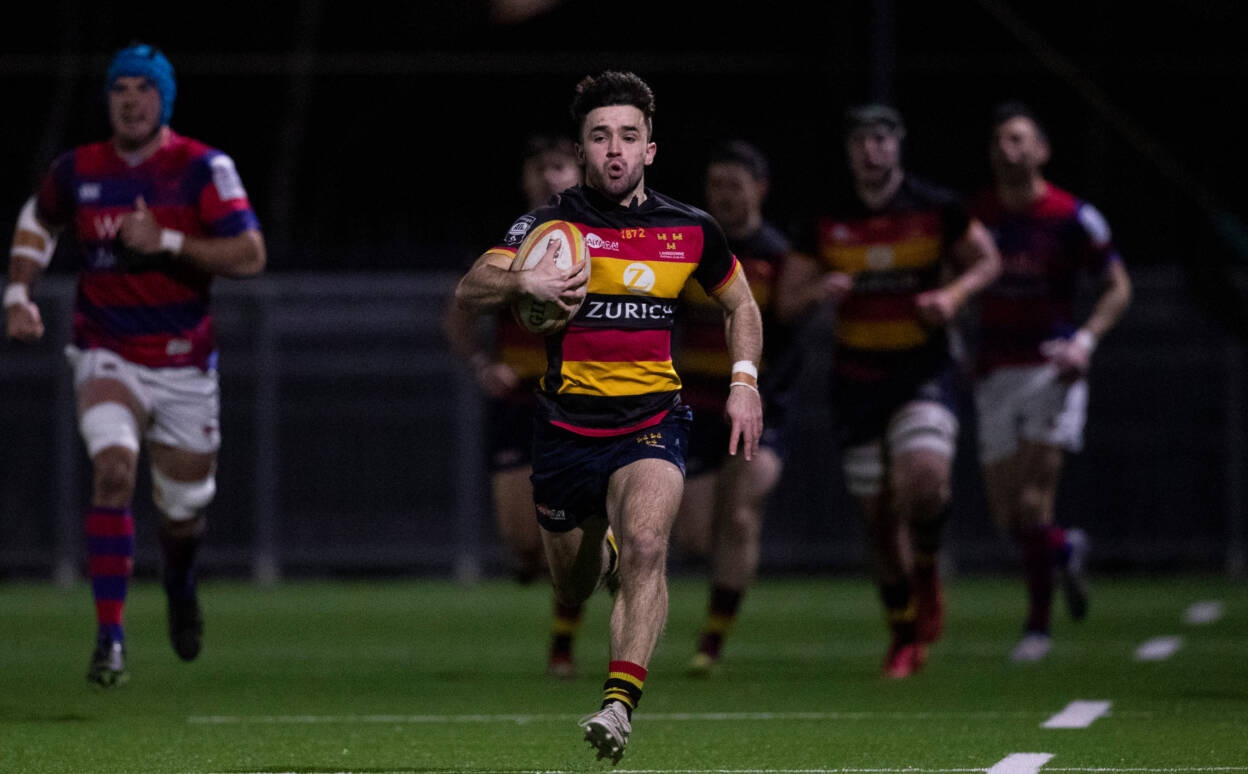 Adrian D’Arcy was bundled into touch as ‘Tarf sought a quick response, but it took over 20 minutes for Conor Kearns to open the visitors’ account from the tee.

‘Tarf worked their way into scoring range and swung the ball out left for winger Cian O’Donoghue to dot down, giving them an 8-7 half-time lead.

In the 56th minute, ‘Tarf pounced on the scraps of a lost Lansdowne lineout. A big Tony Ryan carry gave them momentum and a beautiful D’Arcy line put him in behind the posts for Kearns to convert.

In response, a couple of smart snipes from replacement scrum half Cormac Foley had Lansdowne motoring again, getting both backs and forwards involved.

After ‘Tarf’s Michael Brown saw yellow, O’Sullivan crashed over from a quick tap. Hastie’s conversion suddenly reduced the arrears to 15-14. 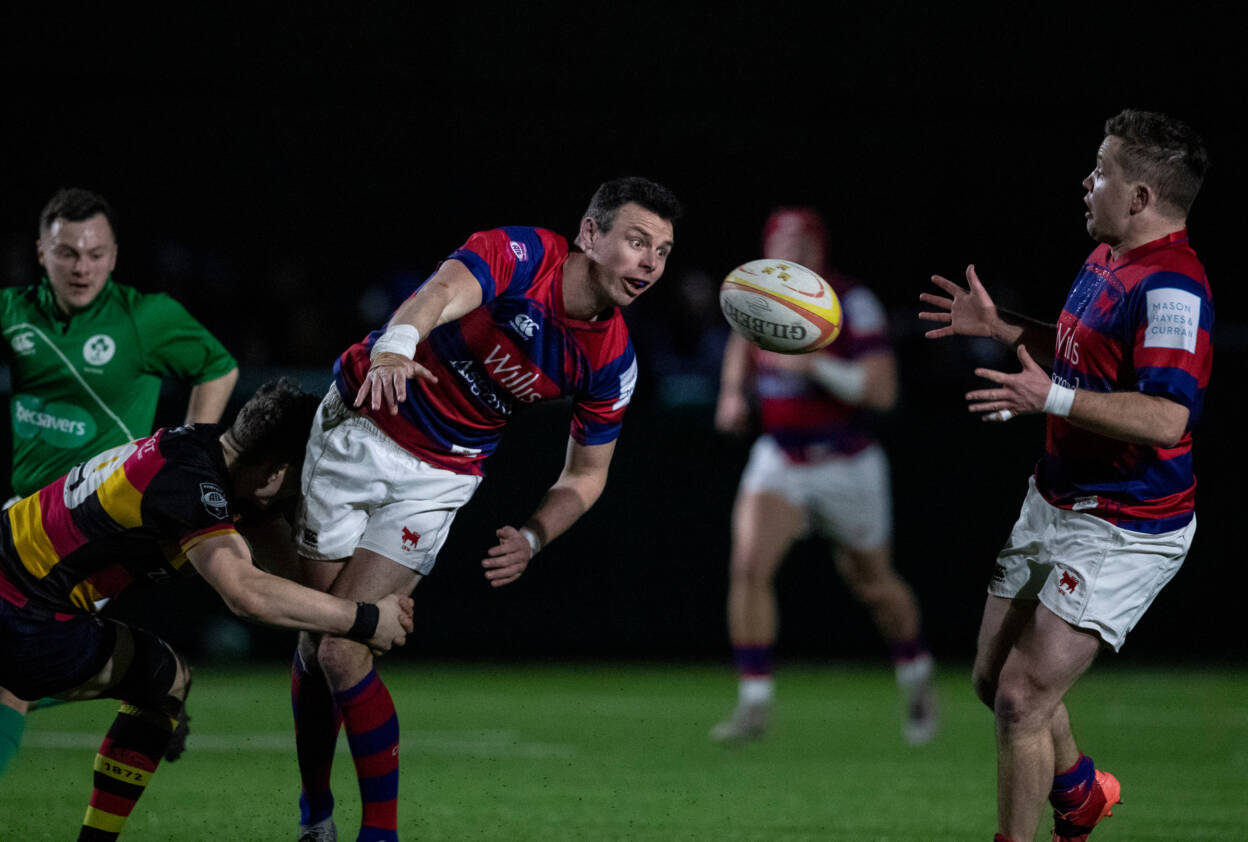 However, the north Dubliners’ game management was excellent during the closing stages as they pushed nine points clear at the top of the table.

A Kearns penalty and Donnellan’s 13th try of the league season, from a steamrolling maul, saw them avenge a home defeat from earlier in the campaign. 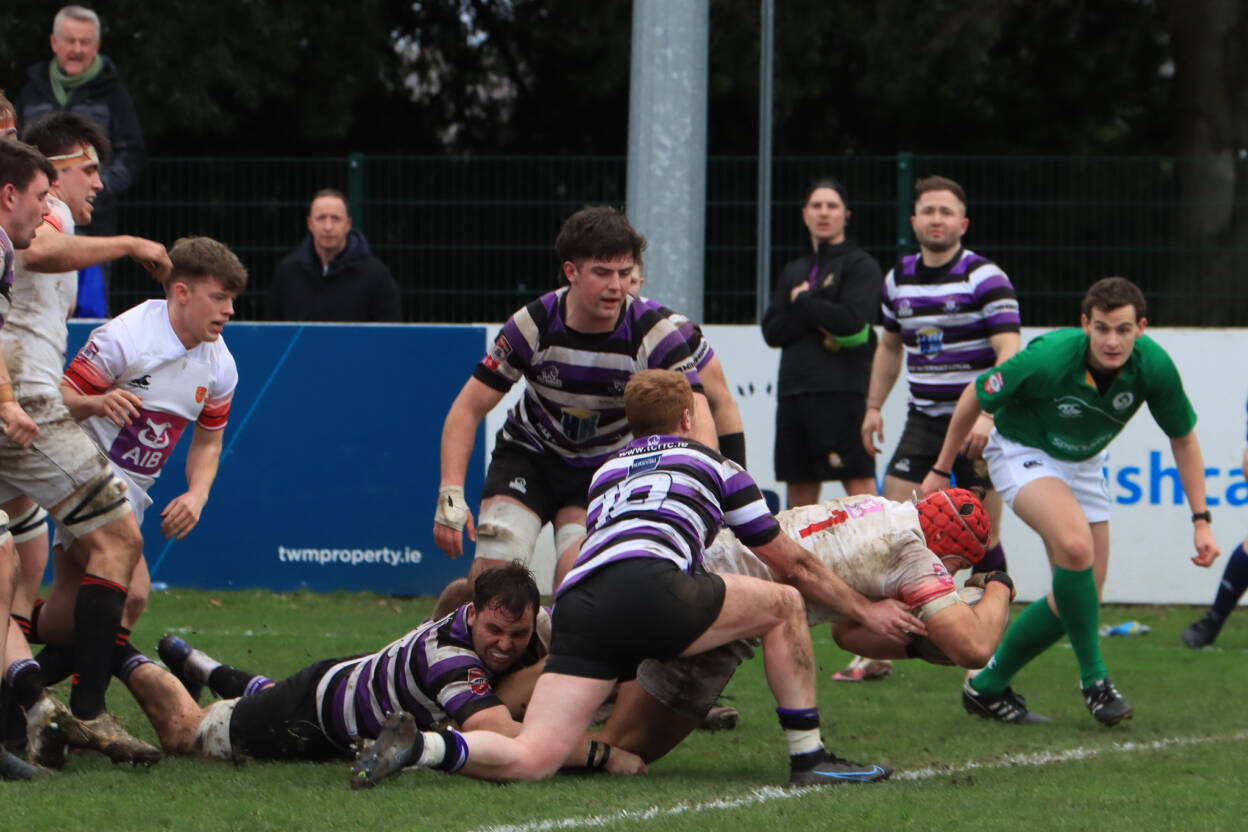 ‘Nure led 21-15 at the interval at Lakelands Park, their Andy Keating-led scrum forcing a penalty try in addition to back-to-back converted efforts from Jordan Coghlan and Levi Vaughan.

The students endured a frustrating second half, as Terenure’s former Connacht back Colm de Buitléar bagged a brace – including an intercept score – and replacement James Thornton added a closing penalty. 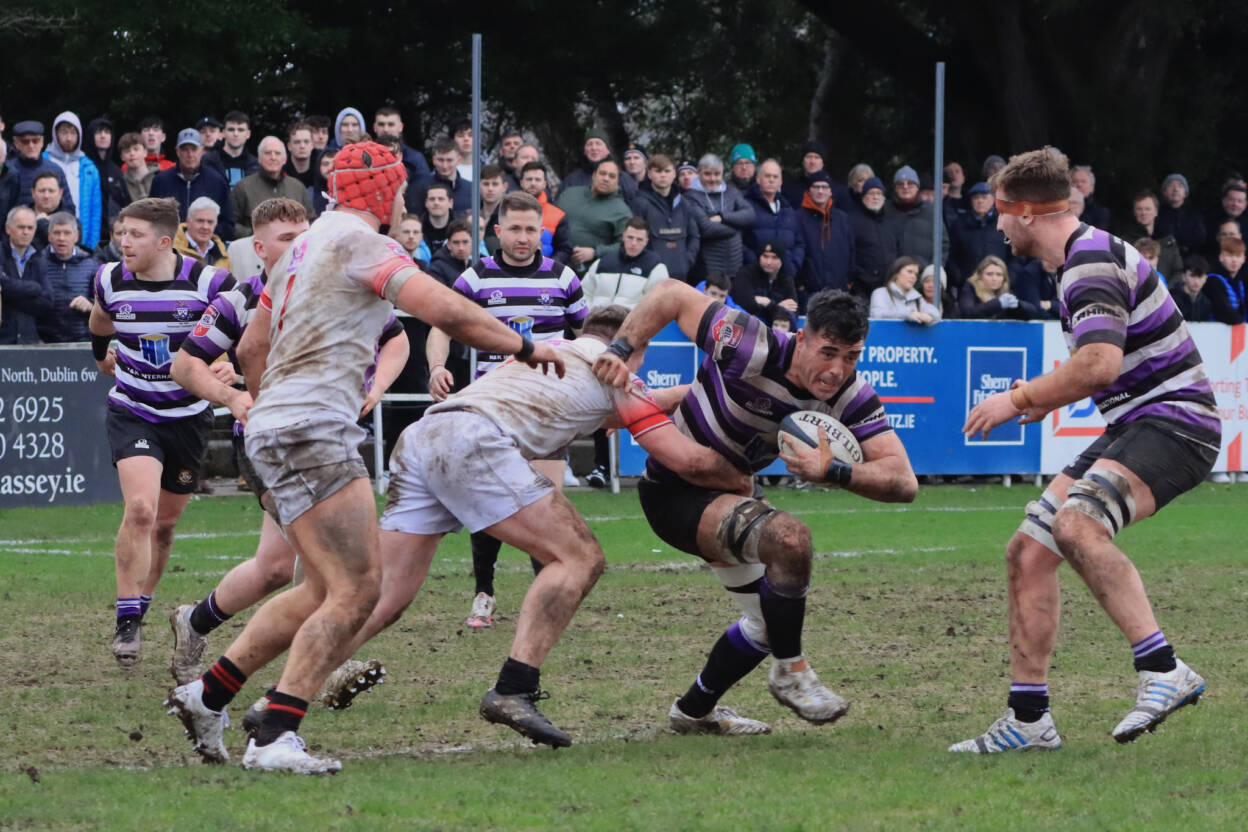 It looks like the deathknell for Garryowen’s play-off hopes – they trail fourth-placed Cork Con by 18 points with just four rounds remaining – after a one-sided contest at Temple Hill.

JJ O’Neill’s seventh-minute try set the hosts on their way, captain Aidan Moynihan soon tagging on a close-range penalty for a 10-0 advantage.

Moynihan converted his own try before centre Greg Higgins brilliantly weaved his way over from the edge of the Garryowen 22, on the half hour mark.

Scoring opportunities dried up after the break, but Crowley, who started at full-back, broke through to register the bonus point. Moynihan converted to finish with a 16-point haul.

Young Munster ended their three-match losing run with a hard-fought 12-7 triumph over bottom side UCC at Tom Clifford Park.

Early tries from Adam Maher and skipper Alan Kennedy moved the Cookies ahead, with the first advantage of a strong wind.

However, with Munster Academy forwards Scott Buckley and Alex Kendellen making their presence felt, UCC remained in contention thanks to a big defensive shift.

Their tenacity was summed up by player-coach Cian Bohane, who came on for the injured Joe O’Leary. He produced a try-saving tackle before Sam O’Sullivan got in for a relieving steal at the breakdown.

Neil Lucey’s youngsters pressed for another try but Munsters’ stout defence kept them at bay, as they returned to winning ways ahead of next week’s visit of Lansdowne to Greenfields.

UCD moved 15 points clear of the bottom two courtesy of a 27-19 triumph at Ballynahinch, with Leinster Academy talent Chris Cosgrave kicking 12 points from the tee.

Second-from-bottom Ballynahinch trailed 20-0 at half-time, the students using the conditions well with David Ryan and Ross Deegan both crossing the whitewash and 20-year-old full-back Cosgrave splitting the posts four times.

The home side brought it back to an eight-point game, but that was as close as they came. Kyle McCall’s third try in the space of a week launched ‘Hinch’s three-try comeback, but a Richie Fahy effort with 15 minutes remaining had UCD too far in front.