Division 1A leaders Clontarf laid down a serious marker by beating Lansdowne 23-14 on the Aviva Stadium’s back pitch on Friday night.

Andy Wood’s men avenged their 22-5 home defeat to Lansdowne from November, with Cian O’Donoghue’s try at the end of the first half setting them on their way.

Lansdowne’s two converted scores came from winger Sean Galvin and captain Jack O’Sullivan, but it was not enough in what was a gripping top of the table clash.

Second half tries from skipper Matt D’Arcy and prolific hooker Dylan Donnellan secured the four points for Clontarf, who continue their great run of form which has seen them win 13 of their 14 league fixtures so far.

This was a much-anticipated meeting of the top flight’s leading two clubs, with only five points separating the sides in the table before kick-off. 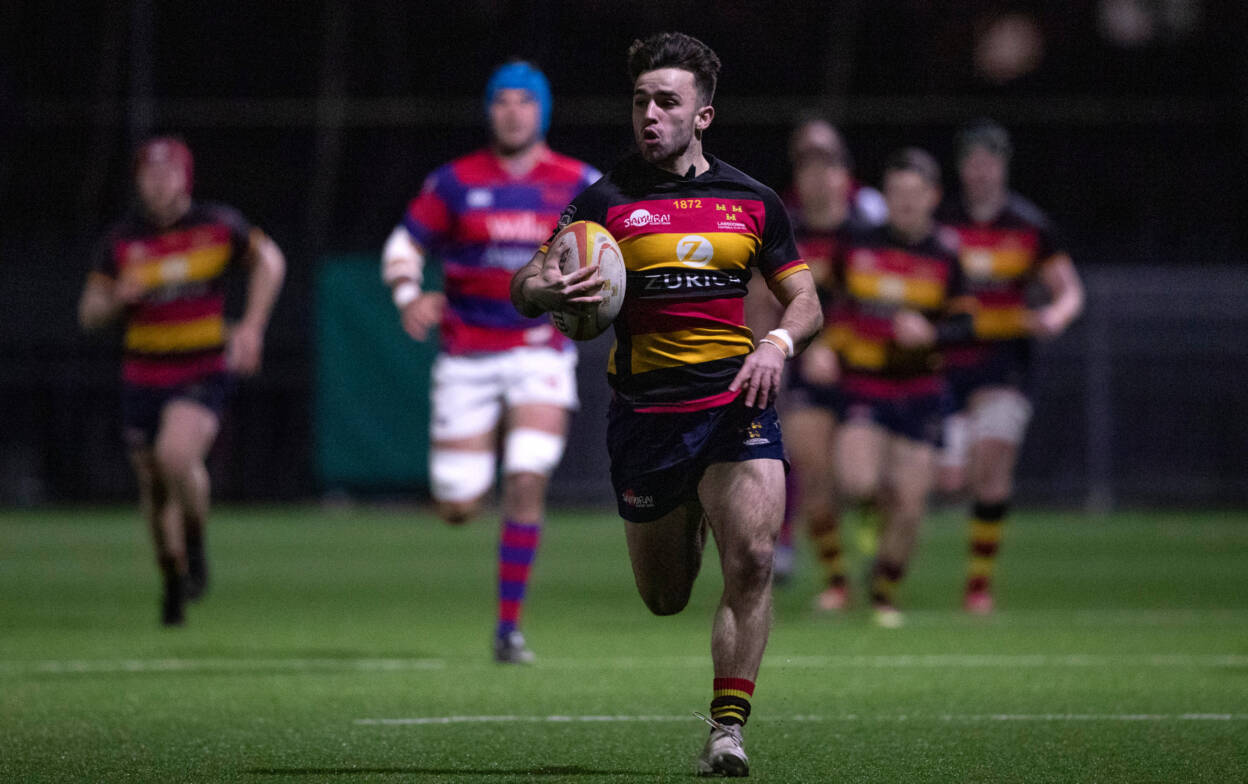 Despite Clontarf having nearly all of the ball early on, it was Lansdowne who struck first. The in-form Galvin turned an interception into a fifth-minute try which Peter Hastie converted.

‘Tarf almost found a quick response when a big O’Donoghue run made serious metres. He linked up with Adrian D’Arcy, but the flanker was bundled into touch close to the try-line.

Wood’s charges dominated possession for much of the first half. They had a clear edge in the set piece, although it took them over 20 minutes to open their account through a Conor Kearns penalty.

When ‘Tarf went looking for more, they were met by a brick wall-like Lansdowne defence led by the talismanic O’Sullivan and Clive Ross. However, the visitors’ efforts were finally rewarded on the stroke of half-time. 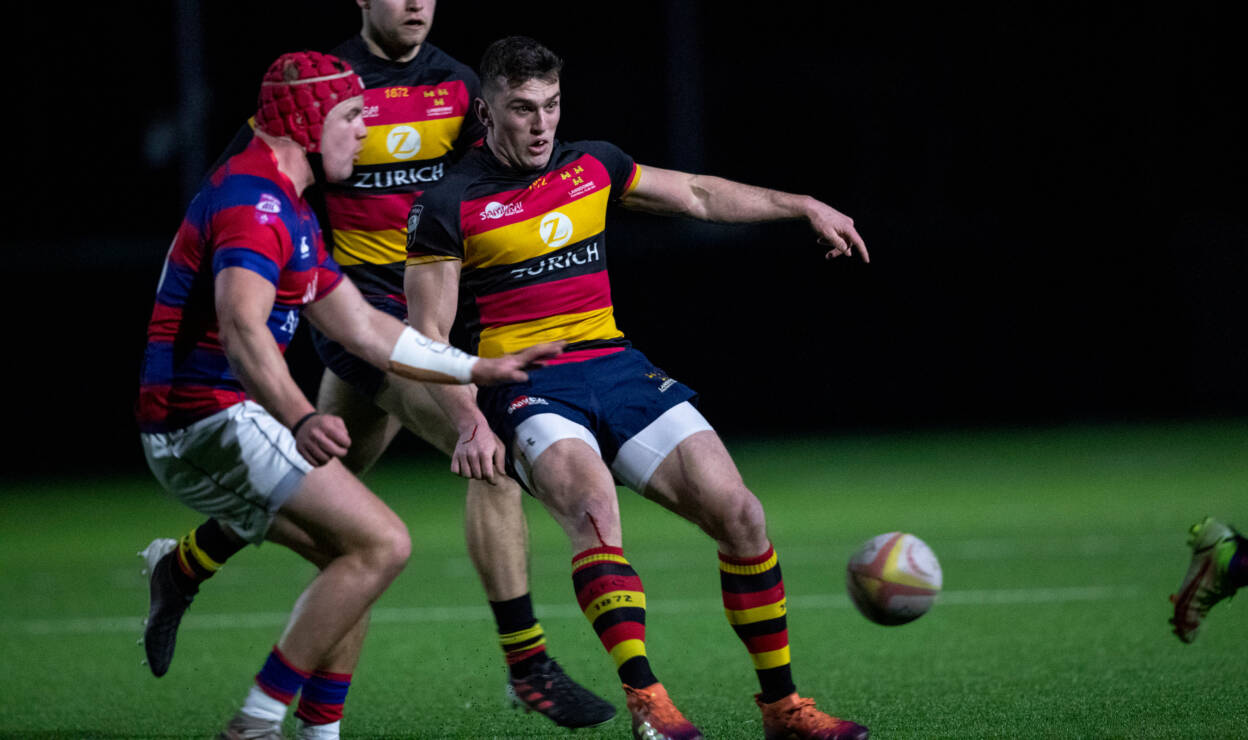 Centres D’Arcy and Michael Courtney began to have more of an influence on their team’s attack. Getting into scoring range, D’Arcy swung a terrific pass out to the left where O’Donoghue finished well for an 8-7 lead.

With 56 minutes on the clock, ‘Tarf pounced on the scraps of a lost Lansdowne lineout. A big Tony Ryan carry gave them momentum and a beautiful D’Arcy line took him in behind the posts for Kearns to convert.

Five minutes later, Lansdowne pulled it back to a one-point game. A couple of smart snipes from Leinster Academy scrum half Cormac Foley, who had come off the bench, got them motoring in the right direction. 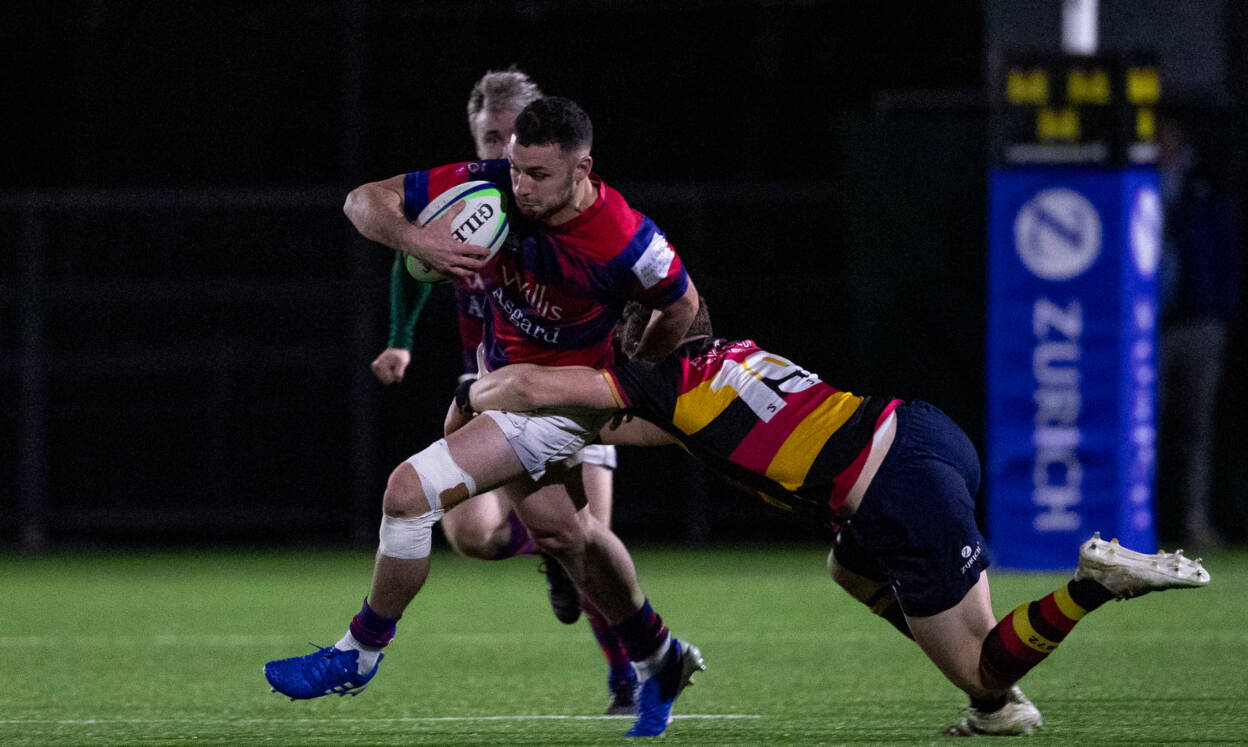 They mixed up their attacking play nicely, using both forwards and backs, before earning a penalty in the red zone. ‘Tarf lost right winger Michael Brown to the sin bin.

From a quick tap, Lansdowne captain O’Sullivan went over for the try from close range, much to the home crowd’s delight. Hastie converted to close the gap to 15-14.

To their credit, Clontarf held their title rivals scoreless for the remainder. Their game management was excellent during what was a typically tense finish.

They were clinical in building back a match-winning lead as Kearns knocked over another penalty and then Donnellan used a steamrolling maul to pick up his 13th try of the league campaign. 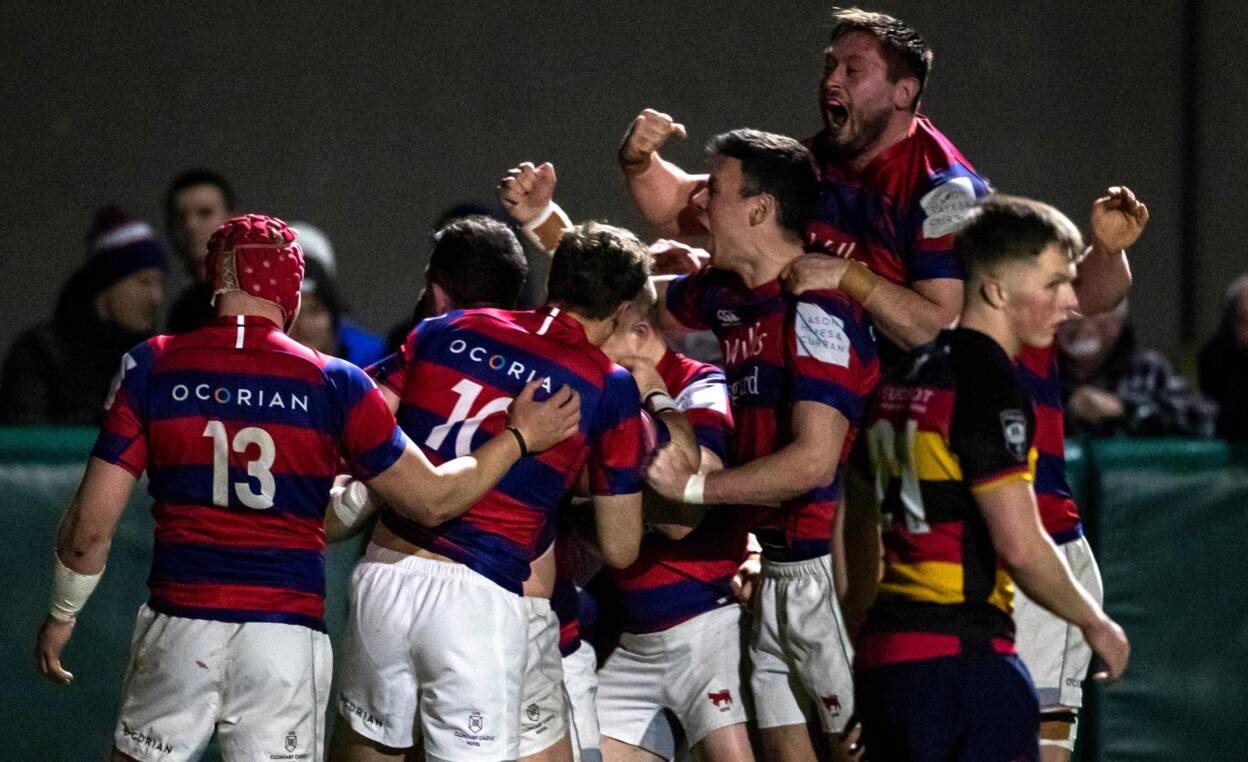