Galwegians are bound for Energia Park after qualifying for the Energia Women’s All-Ireland League Conference final courtesy of a comprehensive 50-5 victory over Ballincollig.

With the teams sitting second and third in the table respectively, it was Galwegians who won through to face unbeaten table toppers Suttonians for silverware next Saturday.

The game is part of a triple header in Donnybrook, with the Conference decider and the overall league final between Blackrock College and Railway Union both televised live on TG4.

The changed venue of Creggs RFC’s 4G pitch was very much to ‘Wegians’ liking, with strong-running backs Megan Walsh and Mairéad Coyne chipping in with a hat-trick of tries each. 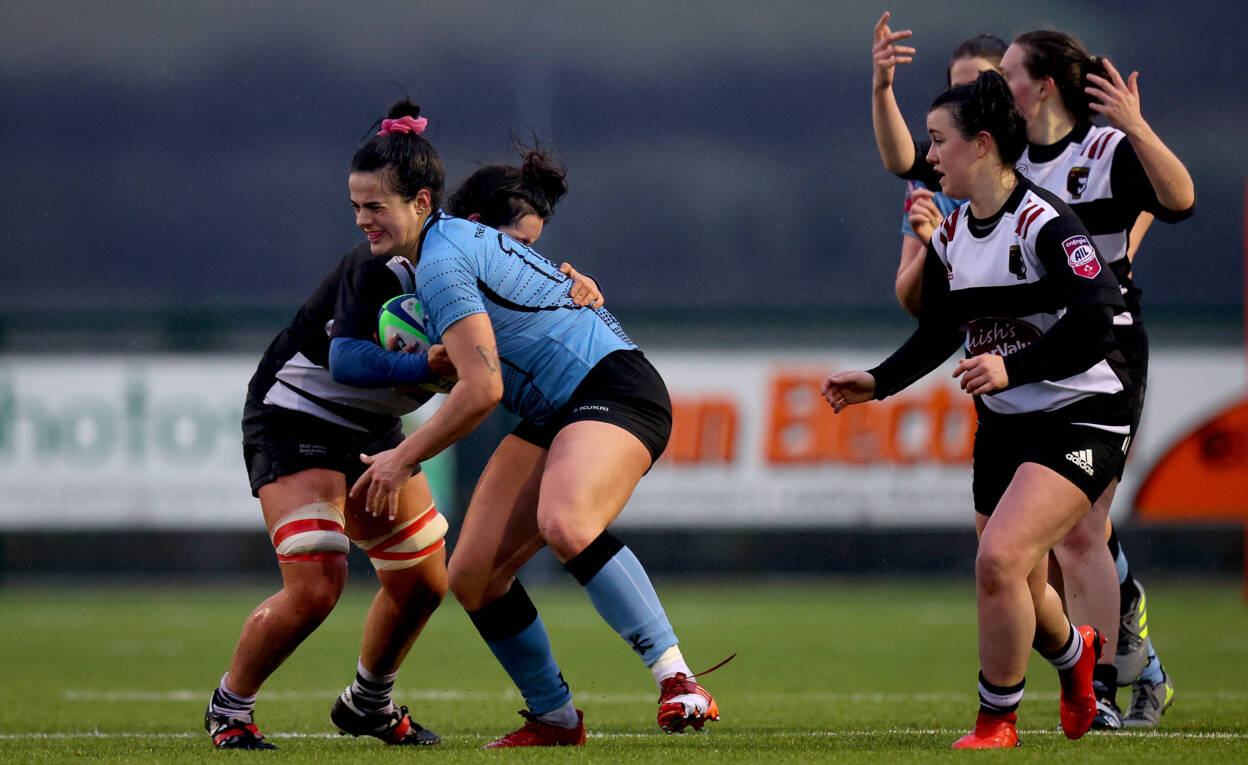 Old Belvedere celebrated their first league win of 2022, Sene Naoupu raiding over from the right wing in the seventh minute as they defeated UL Bohemians 22-12 at Energia Park.

Results have been hard to come by for Belvedere, but Deirbhile Nic a Bhaird’s quick tap sparked the best out of their attack, Fiona Tuite and Brittany Hogan both making breaks before Aine Donnelly released Naoupu to score.

Johnny Garth’s charges doubled their lead in the 13th minute, returning Ireland Sevens internationals Hogan, who strode through midfield, and Erin King again to the fore.

18-year-old flanker King flicked a terrific offload out of a double tackle for Elise O’Byrne-White to collect and burst past Sarah Quin for a well-taken unconverted try.

The excellent King was denied a try by a forward pass, but the Dubliners duly pushed into a 17-0 lead for half-time, pressing again on the back of a turnover penalty won by Nic a Bhaird. 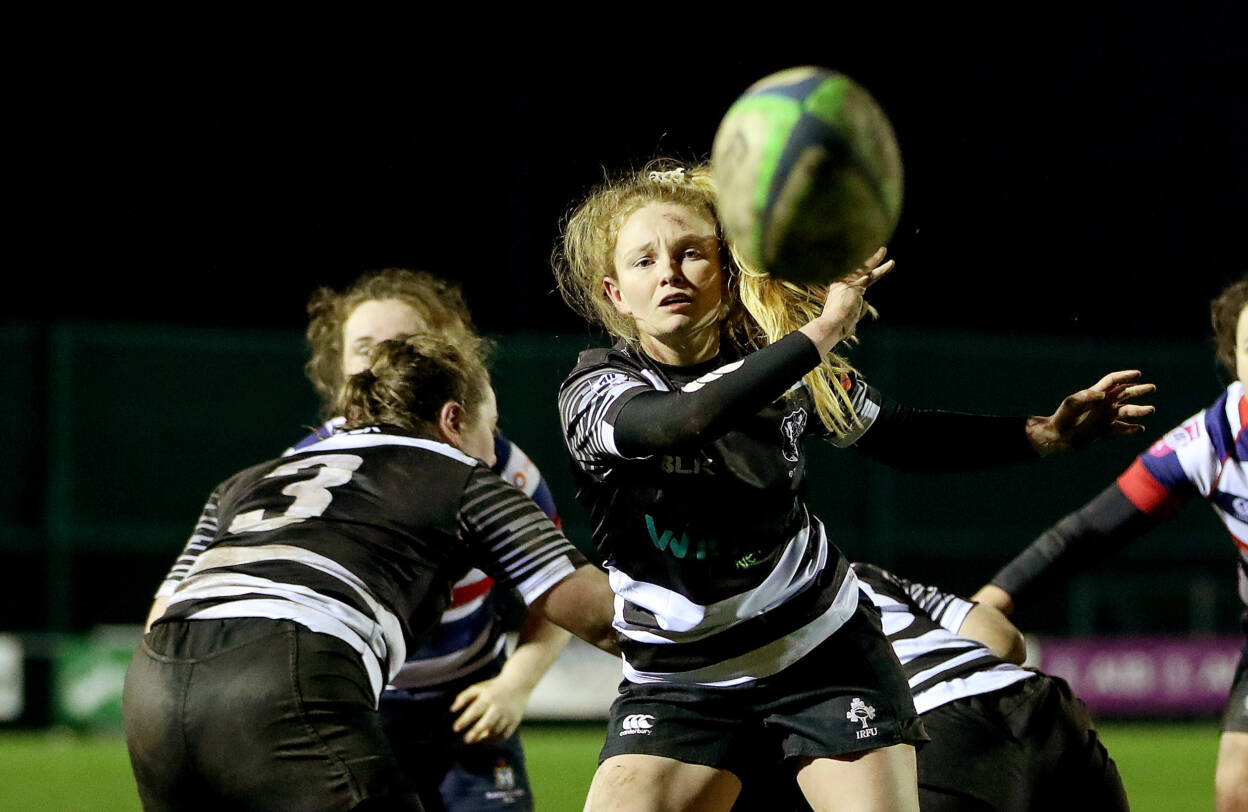 Kathryn Dane’s slick service from ruck to ruck paved the way for her half-back partner Donnelly to nip in beside the posts on an arcing run. Captain Jenny Murphy converted.

Niamh Briggs’ half-time words got Bohs back on track. They unfortunately lost Enya Breen, who shipped a heavy knock in contact, before some nice passing off a scrum played in Eimear Considine for an unconverted score.

Play became scrappier amid a prolonged rain shower, the UL pack growing in influence and a strong spell of carrying ended with replacement Lily Brady squeezing over from close range.

Rachel Allen’s conversion made it a five-point game, but it was Allen whose pass was intercepted by Donnelly for a 40-metre run-in as Belvedere clinched a last-minute bonus point.

‘Belvo and Bohs meet again at the same venue in the 3rd-4th place play-off, while Ballincollig and Cooke will have home advantage in the other play-off games.

Cooke were much improved in seeing off Malone 31-3, number 8 Helen McGhee crossing twice ahead of the sides’ rematch at Shaw’s Bridge. 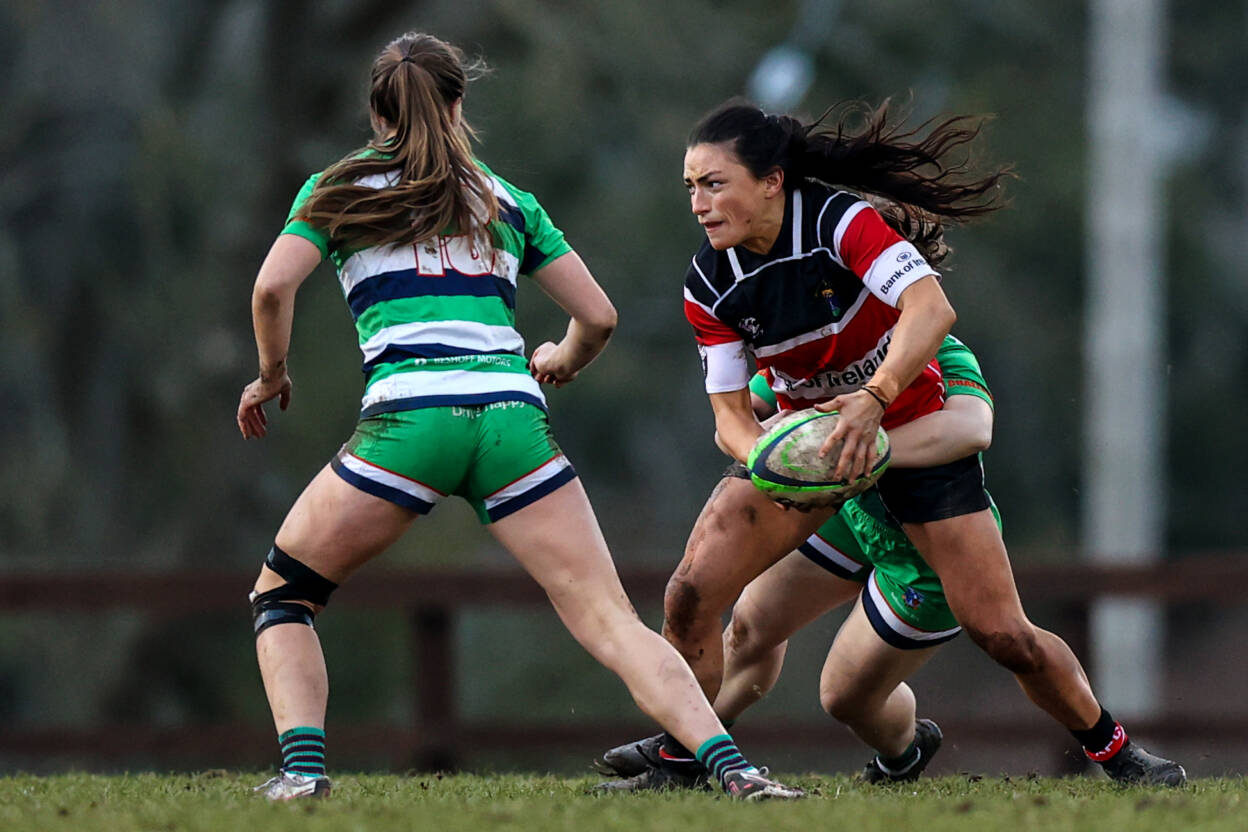 Wicklow, who travel to ‘Collig in the battle for seventh place, lost 20-15 at home to Suttonians. Sisters Lauren and Kate Farrell McCabe had a try apiece for Sutts, the latter showing her Sevens speed for a brilliant breakaway effort.

The north Dubliners’ efficiency in the red zone was the difference at Ashtown Lane, a simple overlap resulting in the opening try for left winger Lena Kibler in the corner.

Sutts were clinical again from their next visit to the 22, this time captain Lauren Farrell McCabe scoring from a quickly-taken penalty which took them 10 points clear.

Back came Wicklow, a big Lucy Mulhall carry almost getting them over before prop Kathy Byrne grounded the ball successfully. Beth Roberts converted and then, early in the second half, fired oved a levelling penalty. 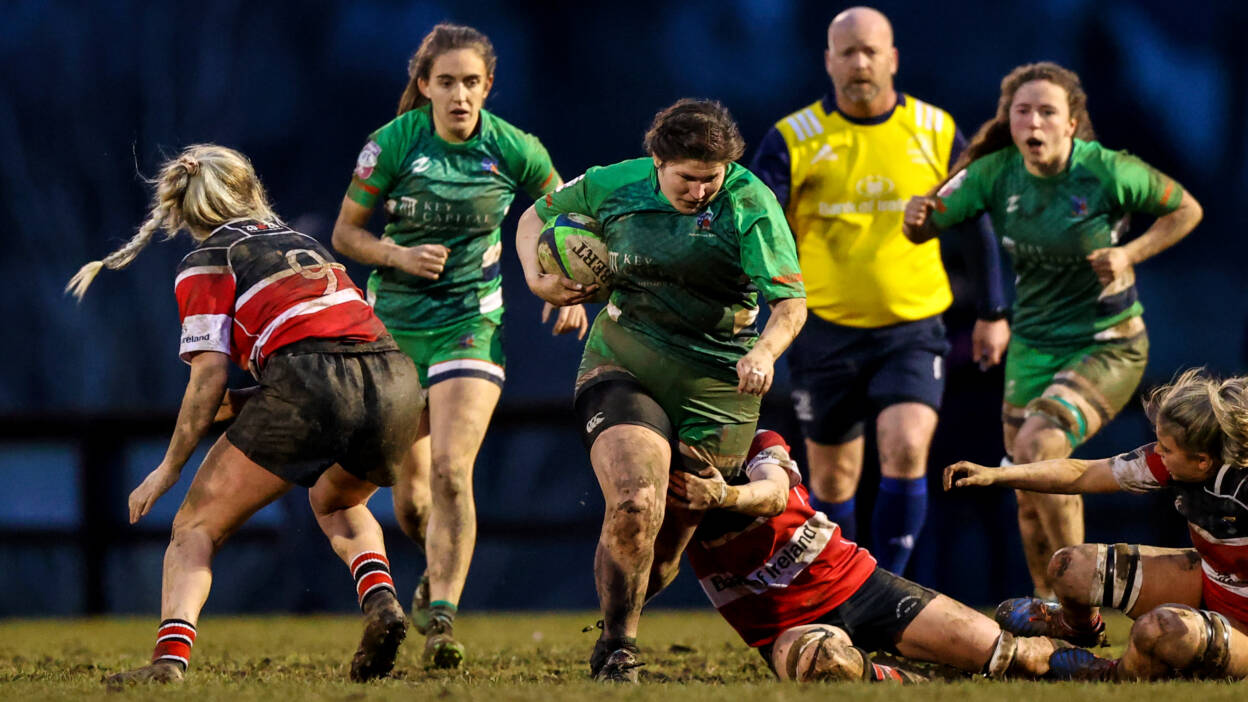 Still, a smart Erin McConnell snipe gave the home crowd some hope heading into the closing stages of this entertaining Conference encounter.

Centre Vicky Elmes Kinlan almost snatched an equalising try, but she was stopped short of the line and Sutts held out for their fifth straight win.