All you need is tickets on Valentine’s Day! We have the perfect gift for the rugby lover in your life. Tickets for Ireland’s home games in the TikTok Women’s Six Nations are on sale now.

Ireland kick off their first Championship under new head coach Greg McWilliams with a home match at the RDS against Wales on Saturday, March 26. 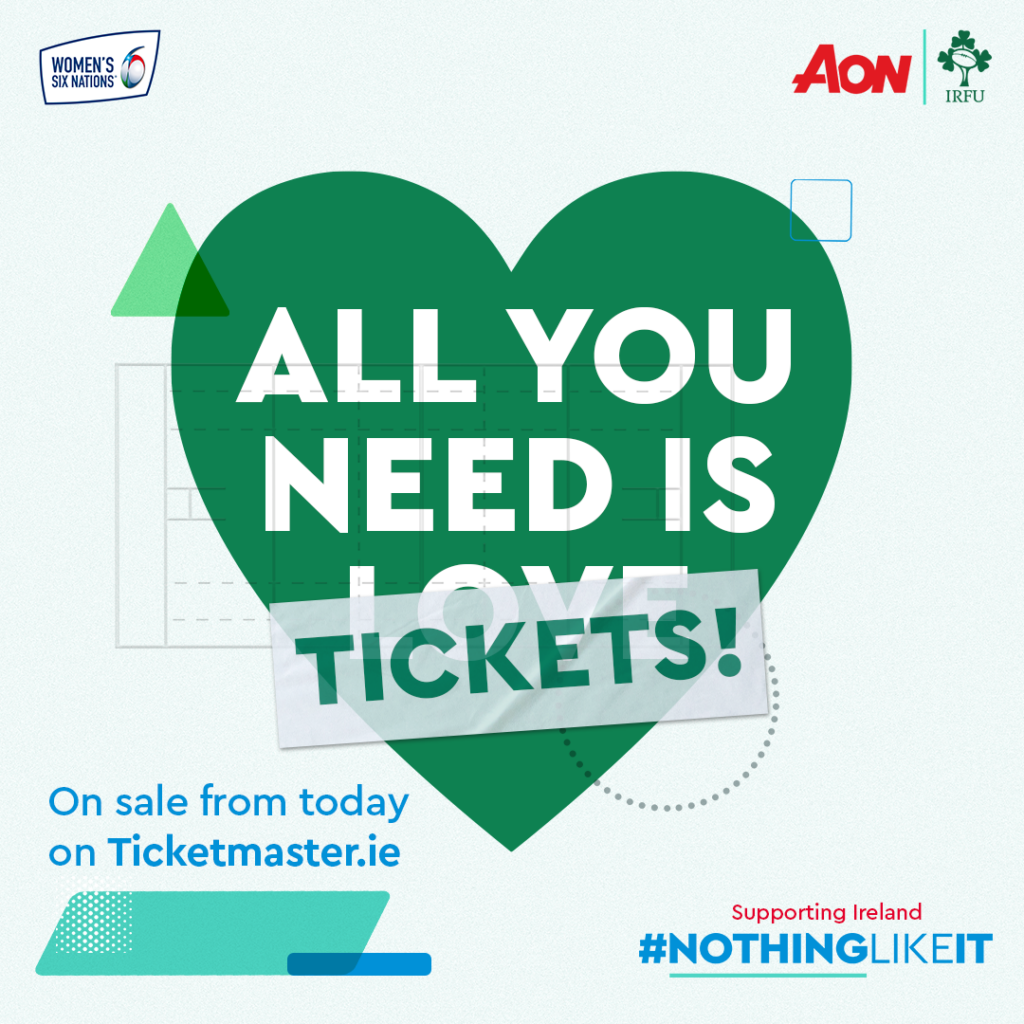 Ireland travel to France for their round 2 clash on Saturday, April 2, before hosting their Italian counterparts at Musgrave Park on Sunday, April 10.

England are next up on Sunday, April 24, before the girls in green finish the tournament against Scotland at Kingspan Stadium on Saturday, April 30.

Former Ireland captain Niamh Briggs was recently announced as assistant coach to McWilliams. The pair put 41 players through their paces at a screening camp in the IRFU High Performance Centre recently.

McWilliams and Briggs will also be keeping a close eye on form as the Energia Women’s All-Ireland League heads towards finals weekends in the coming weeks. The AIL and Conference finals will be shown live on TG4.

Take a look back at some of Ireland’s tries from last season below: