Andrew Conway, supported by Hugo Keenan, is pictured on his way to the try-line against Wales last Saturday ©INPHO/Dan Sheridan

Despite their encouraging start to the Guinness Six Nations, Ireland winger Andrew Conway insists this weekend’s clash with France in Paris will be ‘a different animal’.

A day later at the Stade de France, their second round opponents overcame a tricky early spell to ultimately defeat Italy on a scoreline of 37-10.

Although generally satisfied with how the Welsh game went, Conway admits that Andy Farrell’s men are capable of reaching a much higher level of performance.

“I think there is so much growth in the team that we didn’t actually play that well (last week). We played quite well, but there’s so much more in us,” he insisted.

“It’s properly exciting to come away with a good win. I know they went down to 14 men for 10 minutes and we took advantage, but we had a properly good win and goodish performance, with so much more to come.

“The detail that we’ve looked at, the detail even we were chatting after in the changing room on how much better we can be is pretty clear for us to see in here.

It’s probably one of the most exciting places in the world to go, France in Paris. We’re excited. We’re building now at the moment.

“We had a good training session today and we’ll put it all together tomorrow hopefully and be ready to go on Saturday.”

Still, while Conway can recognise there is room for growth within the squad, he has cautioned the watching public not to expect perfection when they cross the white line against les Bleus.

“We need to play as good as we’ve played. That’s not going to be perfect, there’s no chance we’re ever going to play perfect and that’s okay. We’ll need one of our best.” 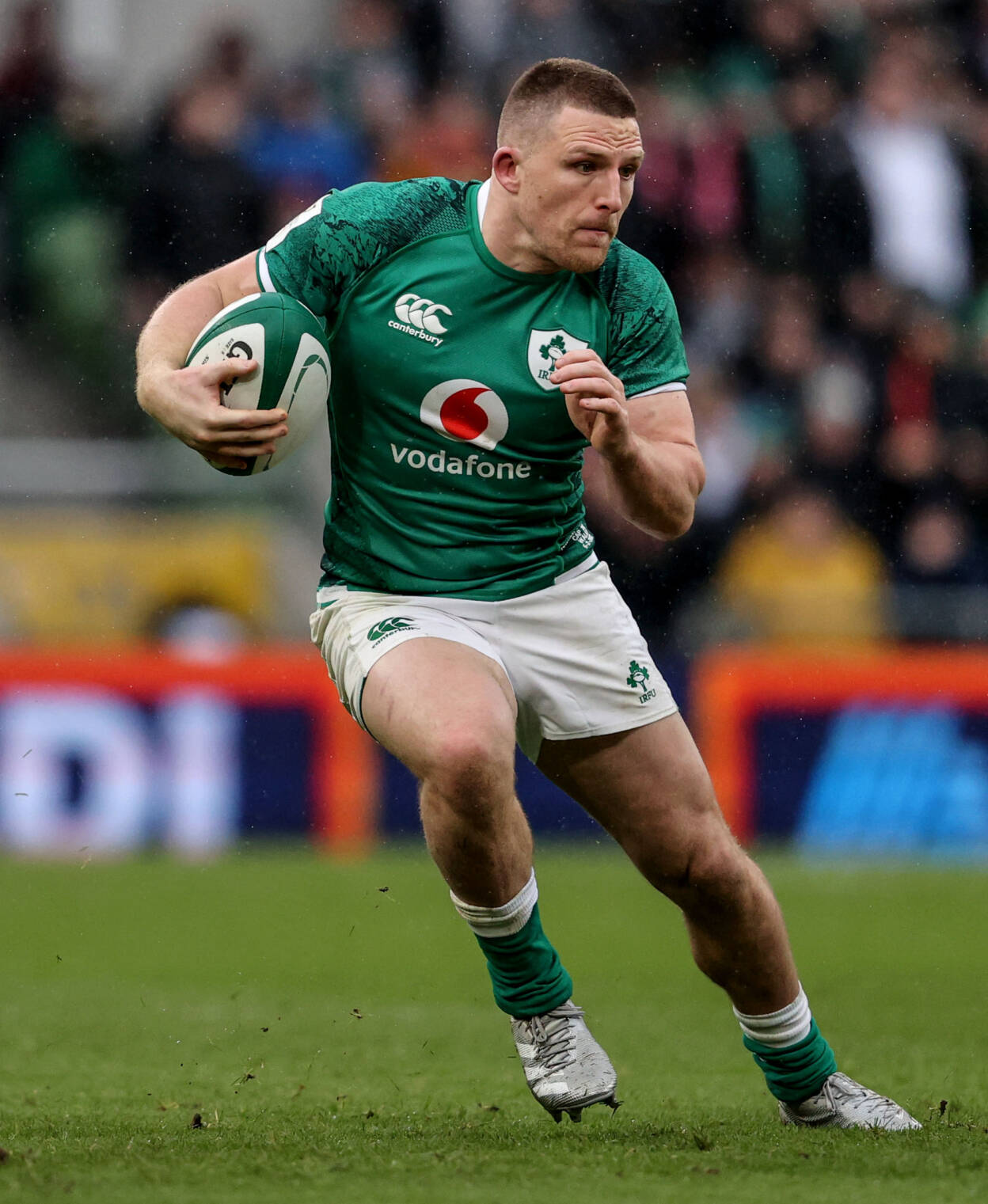 In terms of his own display during the Championship opener, Conway feels – like the team itself – that he can be even better in spite of bringing his Ireland try tally to 15 in 28 Tests.

“I think I went okay. I think the two tries puts a nice gloss on it, but I’ve certainly played better recently. Especially for Ireland,” acknowledged the 30-year-old Dubliner.

“Aerially, the conditions were testy enough but I would have liked to have gotten one or two more. I got two back, but there were two that I got into a contest for that I could have done better in.

“Not necessarily even gotten it back, but whenever you’re looking at the process and how you actually got into a contest, you look at, ‘did I get in the right place?’

“If you get in the right place and you don’t win it back, then so be it. There were two of them and a bit of kicking stuff.

“There’s loads of elements to the game that me, personally, and the team didn’t click to that level that we know we can. We’ll need to this week.

“We’ll need to play as good as we’ve ever played to be in with a chance. It’s exciting and if we get the performance where we know we can play at, then we’re certainly going to be in the mix.” 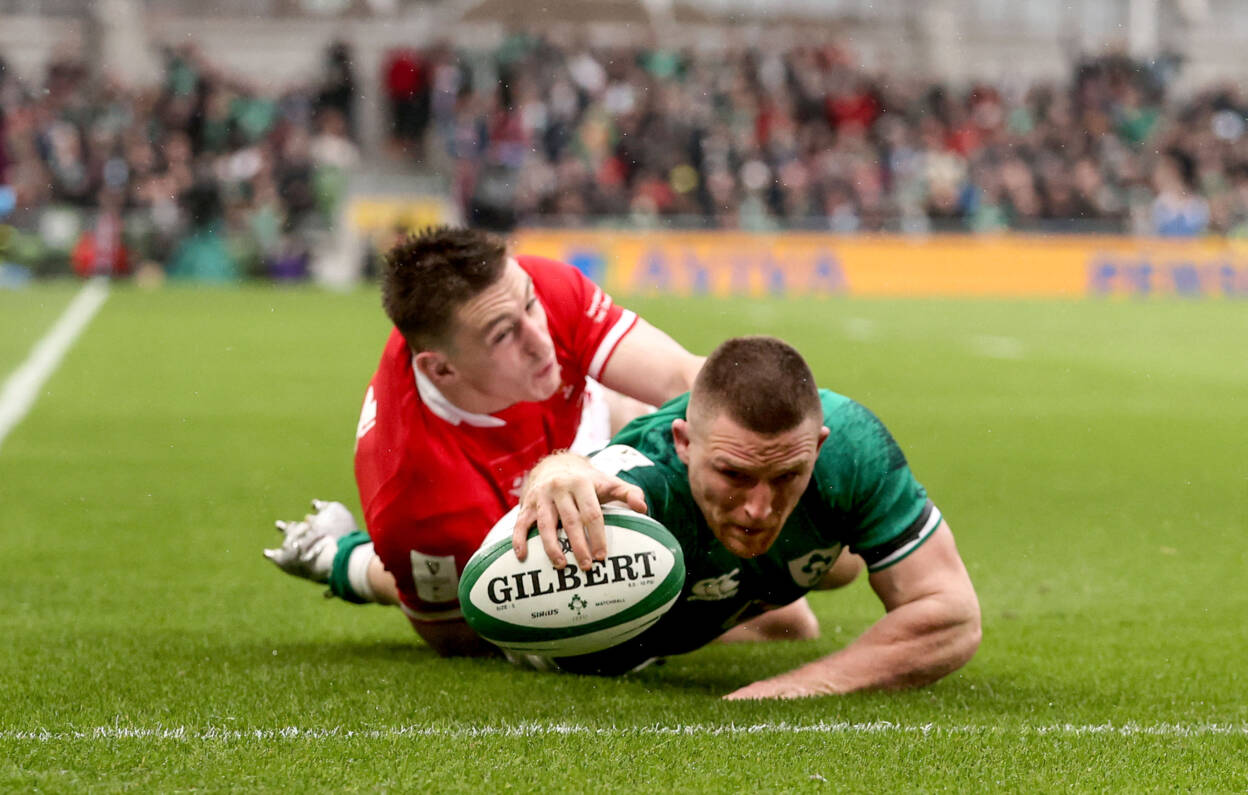 Conway’s contribution to the bonus point victory over Wales was all the more impressive when you consider that he had a minor bout of illness the previous night.

“I just felt a bit dodge on Friday night, but to be honest with you I didn’t even think I was feeling dodgy. When you’re preparing for a Test match at times, obviously there’s nerves and it’s a big occasion.

“I didn’t even realise it until I started puking and I think what happens when these things happen, you use your mind to not allow it in. You just convince yourself that you’re feeling fine.

“It was probably a wise decision to get me off, because if the ball came down my way at one stage I wouldn’t have been much use.”

While Conway comes into Saturday’s crunch encounter in try-scoring form, the same is true of his anticipated direct opponent. From his position on the left wing, Gabin Villière grabbed a hat-trick of tries against Italy last Sunday – including scores at the end of both halves.

The Toulon star previously made his name on the Sevens circuit, but Conway sees him as one of many threats within this French team. He added:

France are a proper, seriously good team. They’ve got threats across the board, a massive pack. They’re very agile as well.

“They’re well able to play ball and then the back-line speaks for themselves. I could name all seven of them. There’s probably 14 of them I could name that can do serious damage.