He may be the sole Connacht representative in the squad, but dynamic scrum half Matthew Devine is being made to feel right at home in the Ireland Under-20 set-up.

A try scorer at Musgrave Park last Friday as the Ireland began their U-20 Six Nations campaign with a 53-5 bonus point win over Wales, Devine linked up to excellent effect with Leinster out-half Charlie Tector.

Spending the past couple of months together, under head coach Richie Murphy, has seen this Ireland U-20 group forging a strong connection – as evidenced by their impressive eight-try performance in Cork.

Speaking to the media earlier this week, Devine said: “The atmosphere off the pitch, for lads to come from four provinces and plus the IQ lads, there’s no real boundaries. Everyone is just one group.

“Obviously little things like having a pool table, table tennis, that kind of thing, really helps. Certainly lads get competitive and it’s good craic. Mark Morrissey is fairly good at table tennis, he’d be one of the better ones.

“I remember from some of the Under-18 camps, I would have met a few of the lads before, but everyone has been great. They’ve been extremely friendly. Like I said, there’s no cliques or anything. We’re all just one big group now.” 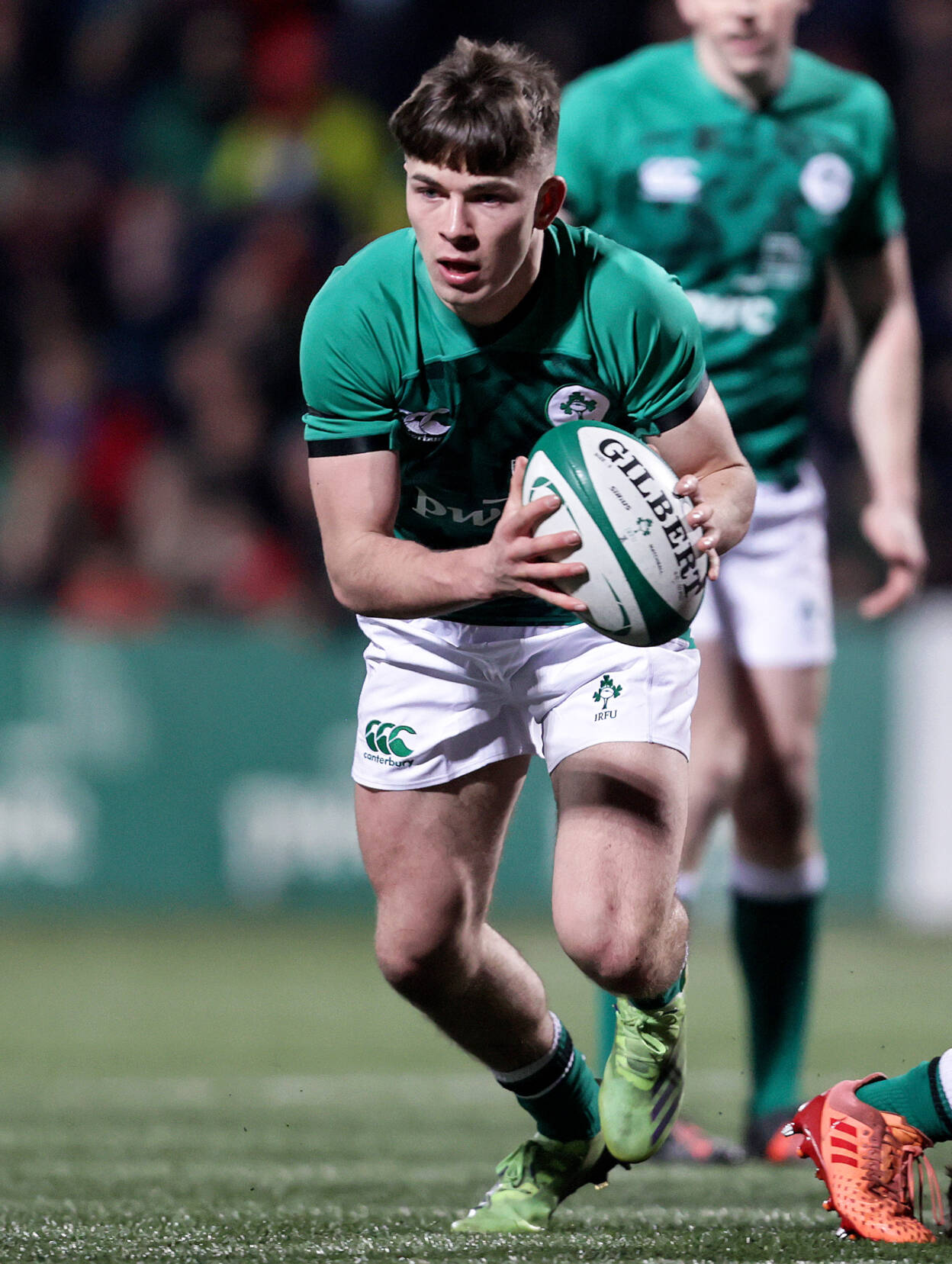 Mark Sexton – brother of Ireland senior captain Jonathan – is also on board as attack and skills coach and was already working closely with Devine in his capacity as an Elite Player Development Officer and Connacht Eagles assistant coach in Galway.

We have two coaches in Connacht, himself and Andrew Browne. Mark would be a fairly big coach on our attack. He has given me a lot of cues and pointers as a nine.

“He has really helped me develop my game and decision-making. Obviously fundamentals as well, passing and kicking. He has been really huge in helping me and it is good to have him up here.”

Although he was part of underage Ireland squads in the past, stepping out on the Musgrave Park pitch last Friday night was a whole new experience for Devine.

Given how well the night went for the hosts, it is little surprise that the 19-year-old half-back derived so much pleasure from his Ireland Under-20 debut.

“When the forwards are going forward like that it’s very easy as a nine. I had a good time out there.”

When it comes to his biggest influence in rugby, Devine does not have too far to look. In addition to being an All-Ireland Under-21 football title winner with Offaly in 1988, his father Mike played for Connacht as a winger in the past.

He later became his son’s coach at both club and schools level, Ballinasloe RFC and Garbally College respectively, with Matthew going on to become a two-time Connacht Schools Senior Cup winner with the latter. 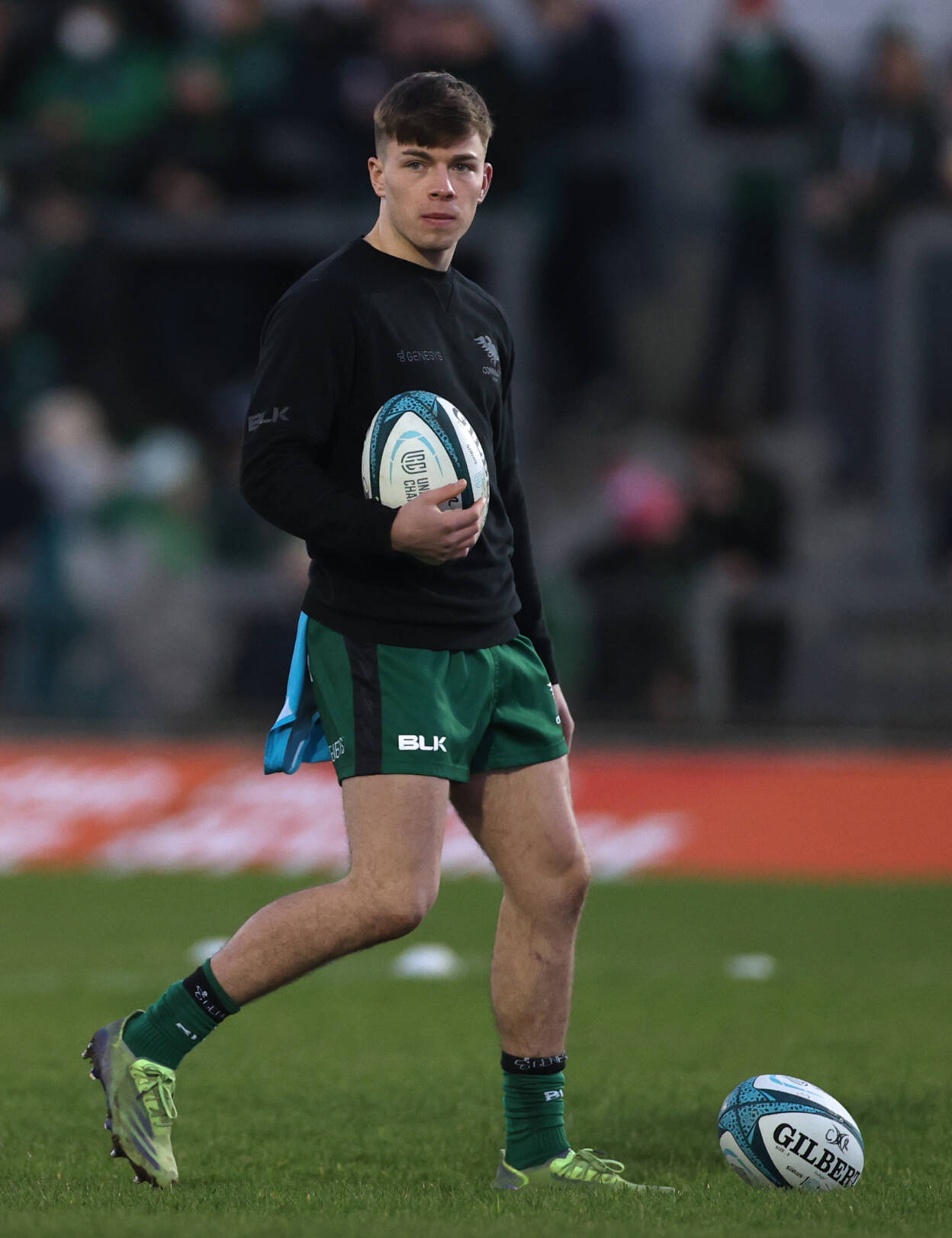 “My Dad would have brought me up and coached me in Ballinasloe from a very young age. I’d say I was seven or eight. All the way through until Under-18s,” he explained.

“He was one of my coaches in Garbally College as well from when I was 13 onwards into my Leaving Cert. Two good rugby coaches were there and you’ve seen a lot of players over the last few years coming from Ballinasloe.

“For such a small town it’s pretty impressive and that’s because of the underage structures that we had and all the good coaches that we had the whole way up.”

Now that he finds himself on the cusp of professional rugby, Devine is looking for other role models to help him progress up the ladder.

In this regard, Connacht’s established senior scrum halves, Kieran Marmion and Caolin Blade, perfectly fit the bill. He added:

I’ve had to cover for Kieran and Caolin sometimes in training. They’d be great like that, say if a nine goes down or whatever with an injury, I’d have to cover.

“They’re brilliant in fairness, the two of them. They always give you loads of good pointers and they’re very quick to help.”