Following the frustration of last season’s defeat in Cardiff, Ireland captain Jonathan Sexton was pleased to start the 2022 Guinness Six Nations with a 29-7 bonus point win over Wales.

Sexton played a significant role in Ireland’s four-try success, which was played in front of a sold-out crowd of 51,700 – the first such attendance for a Six Nations game in Dublin in almost two years.

In addition to knocking over three conversions, the experienced out-half fired over a first half penalty as he became only the fourth player in Six Nations history to reach the 500-point mark.

In stark contrast to the disappointment of twelve months ago in the Welsh capital, Sexton was glad to experience an entirely different emotion at the final whistle yesterday.

“I can’t tell you how demoralising it is. You go back to last year, the first game. Sitting in the dressing room with nothing to show for all your efforts,” he acknowledged, speaking during the post-match preference.

“Triple Crown gone, Grand Slam gone, up against it to win a Championship. That’s what we’re pleased about most.

“Like Andy (Farrell) said, we feel there was plenty of stuff that we need to brush up on for next week because France away is arguably one of the biggest tests in world rugby.

“We need to be at our very best and we need to learn some lessons from today, even in victory. I think we did that well over November and hopefully we’ll continue in that vein.”

Far from being a baptism of fire, Ireland’s newest winger Mack Hansen emerged as the Guinness Six Nations player-of-the-match courtesy of an assured display out wide. 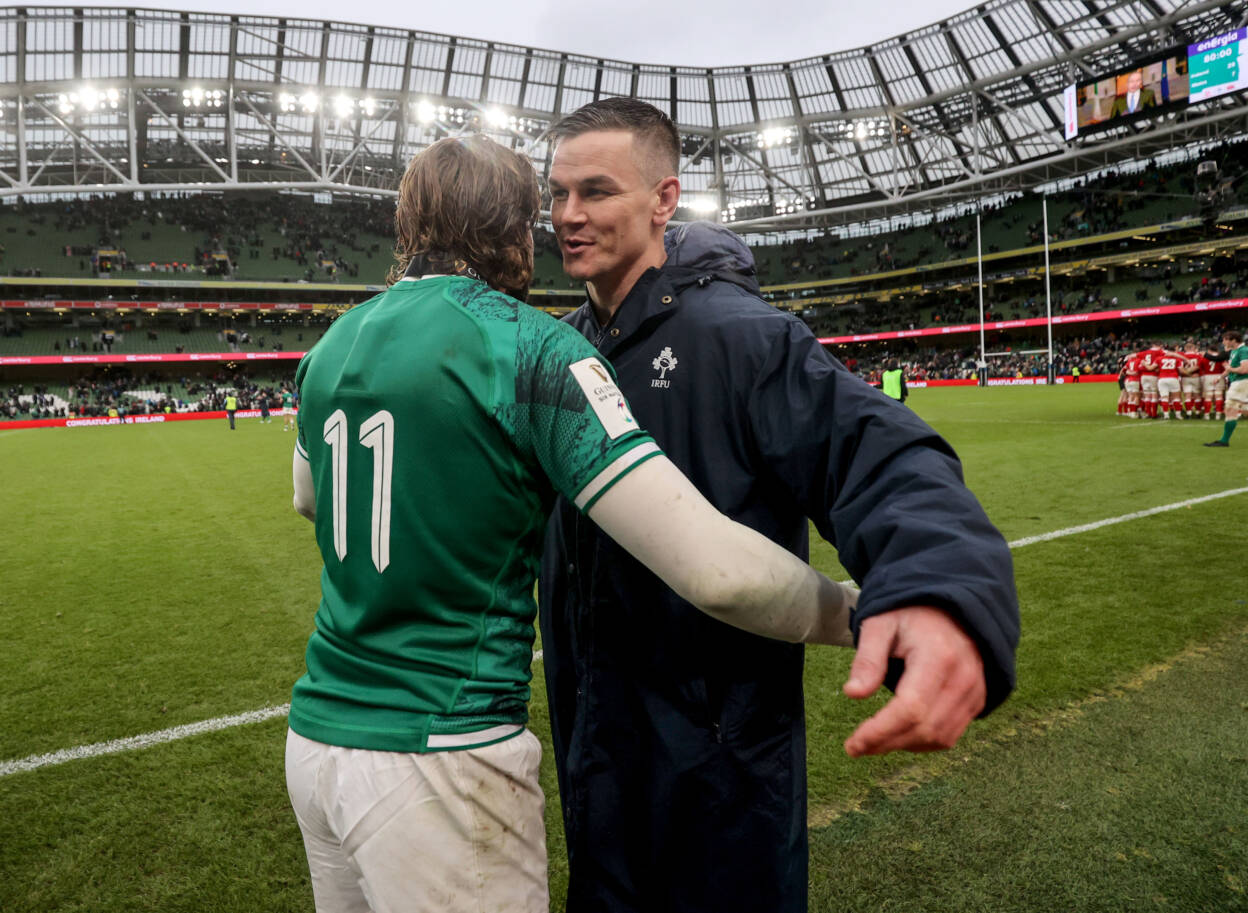 Like most of those who watched on from the stands, Sexton was impressed with what he saw from the 23-year-old debutant and hopes there is even more to come from him.

Mack’s a good guy, which is the most important thing. He has bedded in really well into the group. His performance speaks for itself.

“Sometimes guys like himself, I compare them to Lowey (James Lowe) a bit, in terms of the fact that guys that are so elusive and good at breaking tackles, they sometimes don’t shine in training too often because we’re often not doing full contact.

“You saw how many tackles he broke this evening. He’s going to shine in those games. We’d seen him for Connacht and he brought that into the international arena.

“He’s got a game that’s made for international rugby. Hopefully he continues to grow with us. It’s a great start for him.”

Despite having to play in tricky conditions due to the wind and rain, Ireland still managed to play with the same attacking intent that saw them record Autumn Nations Series victories over Japan, New Zealand and Argentina.

This is something Sexton was delighted with, while also accepting that the execution was not always perfect in their opening game of the tournament.

“The conditions in November were way better than they were today. I think that’s the most pleasing aspect. I think the way that the coaches want us to play means that, if we get it right, we can still play on days like today where it’s greasy and windy.

“There’s plenty we left out there. I thought we were pretty dominant in the first half. We left a couple of opportunities out there, but I’m happy with how we turned up for the second half.

“We haven’t always started the second half well in previous games and we started really well today.

“That was probably the most pleasing thing and we got that all important bonus point. That will tell further down the line.”

Now on 960 international points, including five for the British & Irish Lions, Sexton’s last-gasp drop goal in Paris four years ago, which helped Ireland squeeze past France, remains his most iconic score in green.

The determined Dubliner is confident they can produce the goods again when they take on France in their own back yard next Saturday (kick-off 5.45pm local time/4.45pm Irish time). 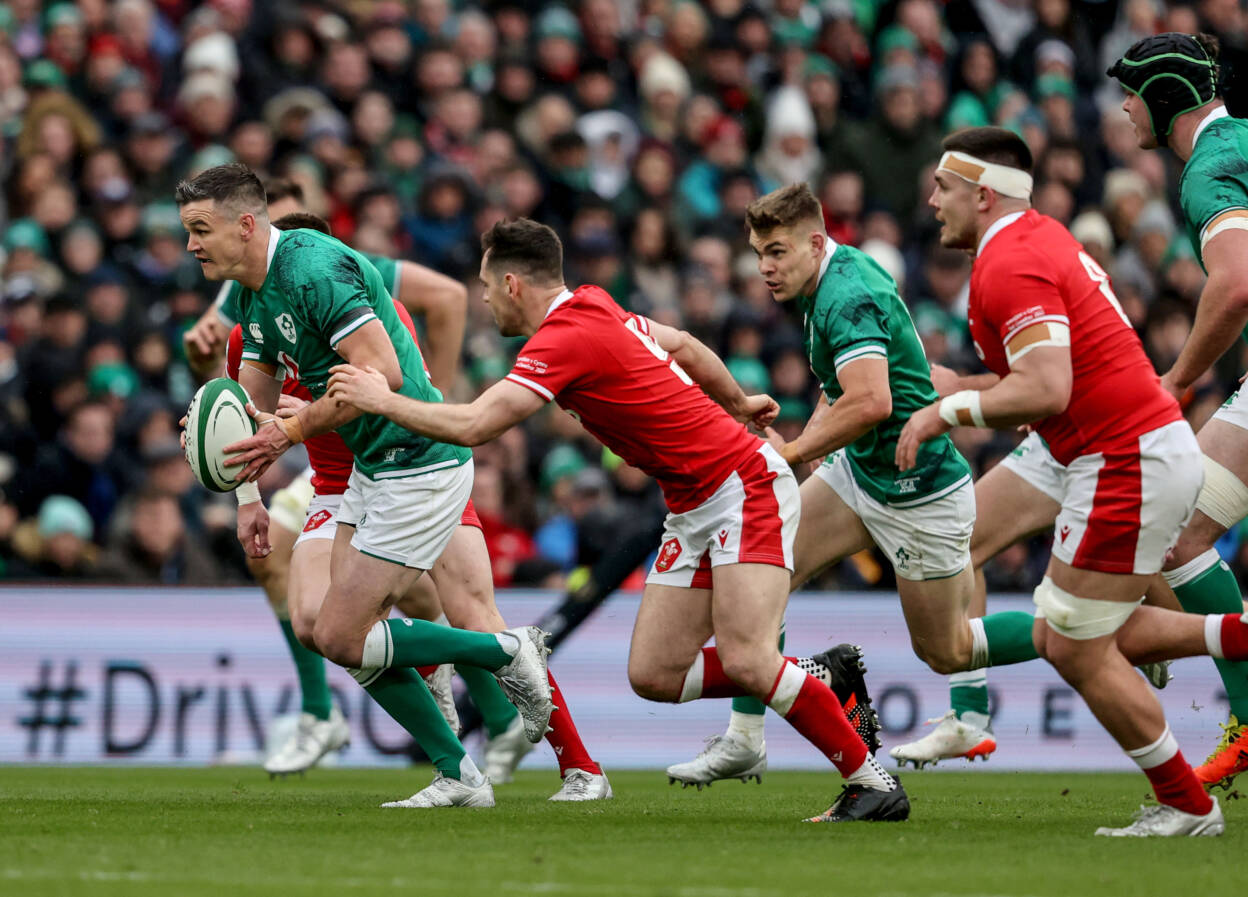 “There has always been confidence in the group, even when times were low after the first two games of the Six Nations last year,” he added.

We felt we weren’t too far away and thankfully we’ve turned things around, results-wise. You’re never confident about going over to Paris because it’s a hard place to go, but I’m confident in the group.

“I’m confident that we feel, if we play our very best, we can win. That’s what we need to get out of ourselves this week.

“Get our prep right, make sure we look after ourselves, recovery-wise, and put our best performance out there. See where that gets us.”