Head coach Andy Farrell was delighted to come away with maximum points as Ireland kicked off their Guinness Six Nations run with a 29-7 victory over Wales at the Aviva Stadium.

Thanks to tries from Bundee Aki, Andrew Conway (2) and Garry Ringrose – as well as nine points off the boot of captain Jonathan Sexton – Ireland started their 2022 campaign as they mean to continue.

While he felt it was by no means a perfect performance, Farrell was thrilled to emerge with five Championship points from the first round encounter.

“Really pleased with certain aspects of our game. Like all first games are always going to be, there’s plenty to work on as well.

“Putting all that together, Wales came here to win and to do a job on us. To be able to get a bonus point, we’re delighted with that.”

The one novice in the matchday 23 that Farrell picked for this game, Connacht’s Mack Hansen repaid the faith shown in him with a player-of-the-match performance on his international debut.

It has been a remarkable few months for Hansen, who was born and raised in Australia, but qualifies for Ireland through his Cork-born mother. He only made his first appearance for Connacht in late September.

“We’re not surprised. He’s got the temperament for handling debuts. He’s very cool, calm and collected in how he plays the game. He suits how we play as well,” Farrell said of Hansen.

“We want to be nice and controlled in how we make decisions. I thought he was pretty smooth at times.”

Although generally satisfied with how the day went for his squad, the concession of a 74th-minute try to Welsh flanker Taine Basham was a slight frustration for Farrell.

Having produced a strong defensive effort to keep the 2021 Six Nations champions out up until that point, the Wigan native acknowledged it was a disappointing way to concede points.

We got a bit loose and it looks as though, with that passage of play, that we were just trying to keep playing for the sake of playing, so that we could all get in the game.

I don’t think we managed that particular part that well. The looseness of the last bit was deserved in a Welsh try. It certainly wasn’t fitting for the way that we defended because our defence was awesome in November.

“It’s something that we really pride ourselves on. There’s a lot of people talking about the way that we’re playing the game at this moment and time, and the best part of our game by a country mile is our defence.”

Despite Ringrose’s bonus score on the hour mark effectively putting the outcome beyond doubt, Farrell insists that yesterday’s game was the ideal test ahead of their second round showdown with France. 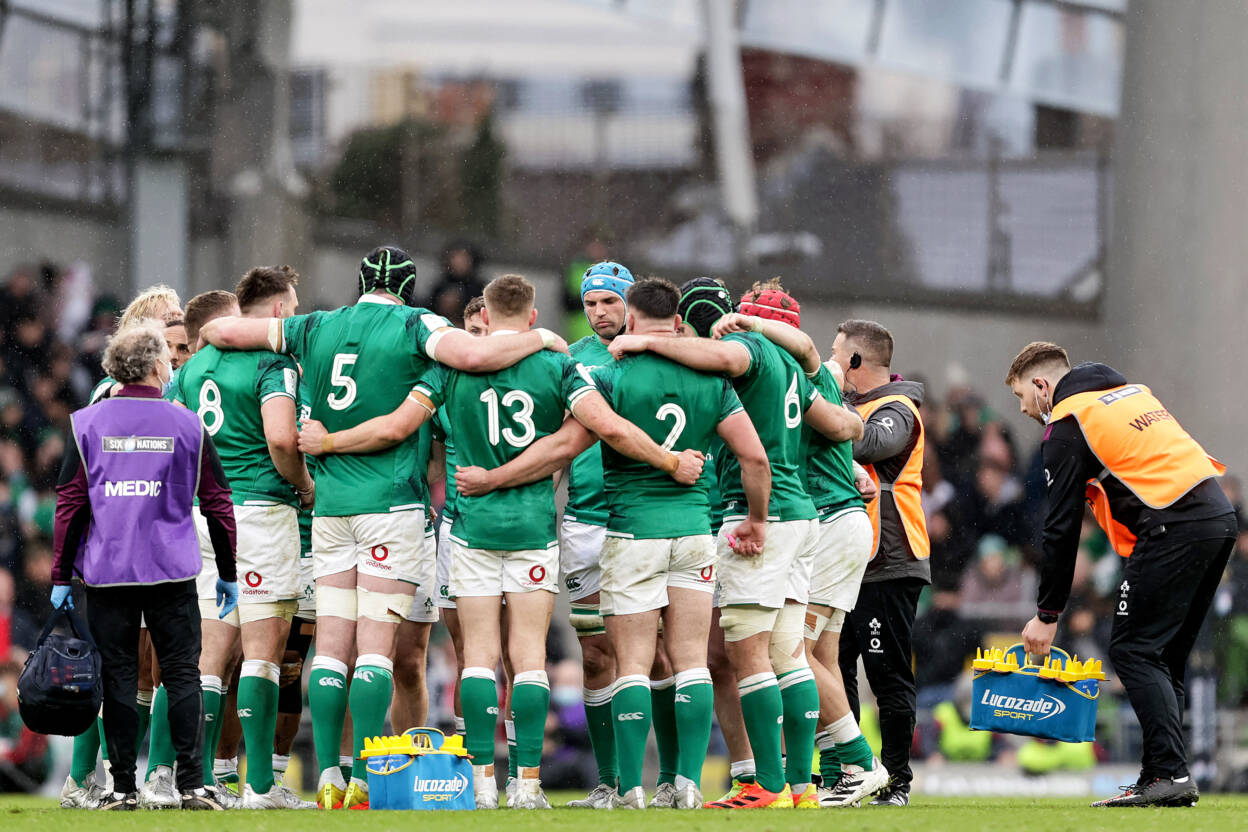 “It was a tough task. You can ask these guys (the Ireland players), they’re pretty sore. I actually thought Wales made it very hard work,” he added.

“They obviously got off the line quickly and tried to put us under pressure. I thought we were nice and calm, especially again within the conditions.

“Fair play to the players for the courage of their own convictions, to play the game that we wanted to play. It wasn’t perfect like I said, It was never going to be in those conditions, but I thought some of the execution was great.

“As far as the hit-out is concerned, it’s perfect for us. Some of our lads have not played a big game in a long while.

“To get people back up and running is great. We’ve a seven-day turnaround so we must make sure that we recover properly and onto the next one.”