Andy Farrell’s Ireland team finished off a challenging 2020 with a comprehensive 31-16 victory over Scotland in the final game of the Autumn Nations Cup.  Eleven players had made their international debuts in 2020 and there was a good deal of optimism heading into the 2021 Guinness Six Nations Championships.

A red card after 13 minutes at the Principality Stadium was a significant factor in deciding the 16-21 loss to Wales in Round 1 and difficulty converting opportunities into points resulted in a 13-15 loss to France in the second international fixture of the year.   From this point on Ireland would go unbeaten for the remainder of 2021 recording eight straight victories.

Ireland would finish off their Six Nations campaign with victories over Italy (10-48), Scotland (24-27) and England (32-18).  Ryan Baird and Craig Casey made their international debut’s during the campaign while CJ Stander signed off his international career as the tournament’s leading ball carrier (72) and Johnny Sexton topped the scoring charts (65 points).

In July, Covid forced the cancellation of a tour to Fiji but games were secured against Japan and the USA at the Aviva Stadium.  Two strong performances produced memorable victories (39-31 v Japan / 71-10 v USA) with Ireland scoring 15 tries across the two games. 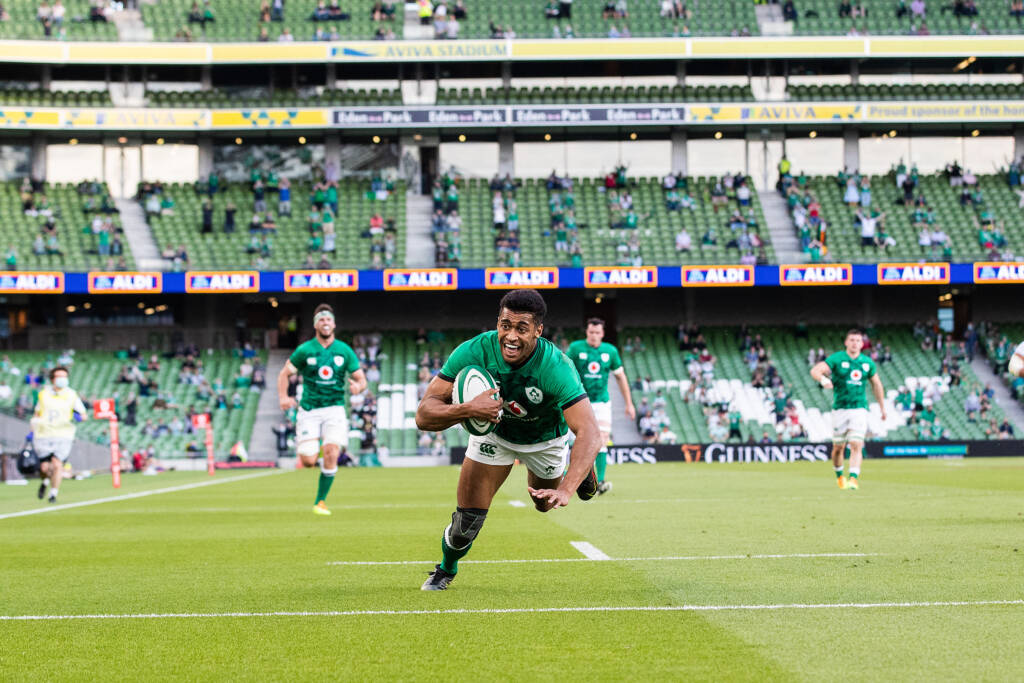 Japan returned to Dublin in November to kick off the Autumn Nations Series at the Aviva Stadium.  Andrew Conway scored a hat-trick as Ireland recorded a 60-5 victory over the Brave Blossoms.  Ireland would then beat New Zealand (29-20) and Argentina (53-7) wrapping up the international season with their eight straight victory.   Dan Sheehan was the sole new cap in November’s Test window.

Over the course of 2021, Andy Farrell’s team won eight of its ten fixtures, scored 388 points including 46 tries by 26 different try scorers.   A total of 52 players were used during the calendar year and 12 players were capped for the first time. 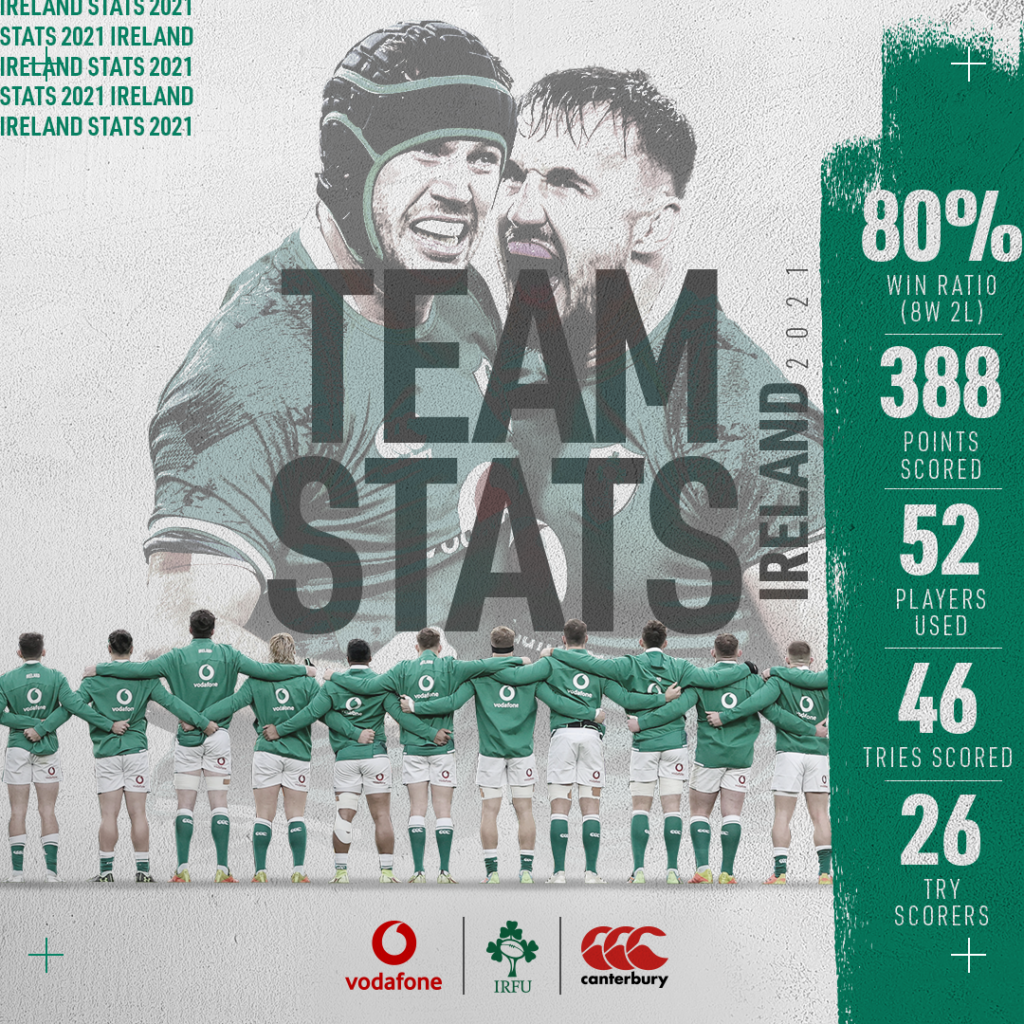 Ronan Kelleher was the team’s top try scorer in 2021 with six tries in six starts and four appearances as a replacement (tries v FRA, v USA (4), v NZ).  Hugo Keenan played the most minutes during this period with 790 minutes clocked from ten starts.  Johnny Sexton kicked 79 points and scored a try against Japan to bring his Ireland tally to 946 just 137 points behind Ireland’s all-time top points scorer Ronan O’Gara (1083).

Sexton also became Ireland’s seventh centurion winning his 100th cap against Japan at the Aviva Stadium in November.   Tadhg Furlong reached his 50th cap on the same day.   Keith Earls’ two tries during 2021 which came against Italy and England in the Six Nations brought his international tally to 34 just 12 behind Brian O’Driscoll.