Garry Ringrose, alongside Jack Conan, is pictured in action during last week's memorable win over New Zealand at the Aviva Stadium ©INPHO/Dan Sheridan

Having missed out on facing them in 2017 and 2018, Garry Ringrose is excited by the prospect of playing Argentina for the first time in Ireland’s final Autumn Nations Series Test.

Another great crowd is expected at the Aviva Stadium this Sunday (kick-off 2.15pm), with over 45,000 tickets sold to date. Tickets are available at ticketmaster.ie.

Ireland have registered seven straight wins since losing out to France during the second round of the 2021 Guinness Six Nations, and there is a real determination within the squad to to end the calendar year on a high.

Argentina are expected to pose a considerable challenge for Ireland, as they regularly have done in the past. Despite not having lined out against them before now, Ringrose is acutely aware of how dangerous their midfield can be.

Speaking to the media in the build-up to the series finale, he said: “It’s that analysis away from the pitch and then speaking to guys that have played them in the past.

“I know looking at my opposite numbers, (Jerónimo) de la Fuente at 12 and (Matías) Moroni at 13, who has been unbelievably influential in Leicester’s success and unbelievably strong for Argentina.

“If I’m lucky enough to get picked and get another opportunity for Ireland, that would be something that I’ll have to have my work cut out and my preparation done for a threat like him.”

While the performance of the Irish players during last Saturday’s 29-20 triumph over the All Blacks was hailed by all and sundry, Ringrose and the rest of the set-up are in no mood to rest on their laurels. 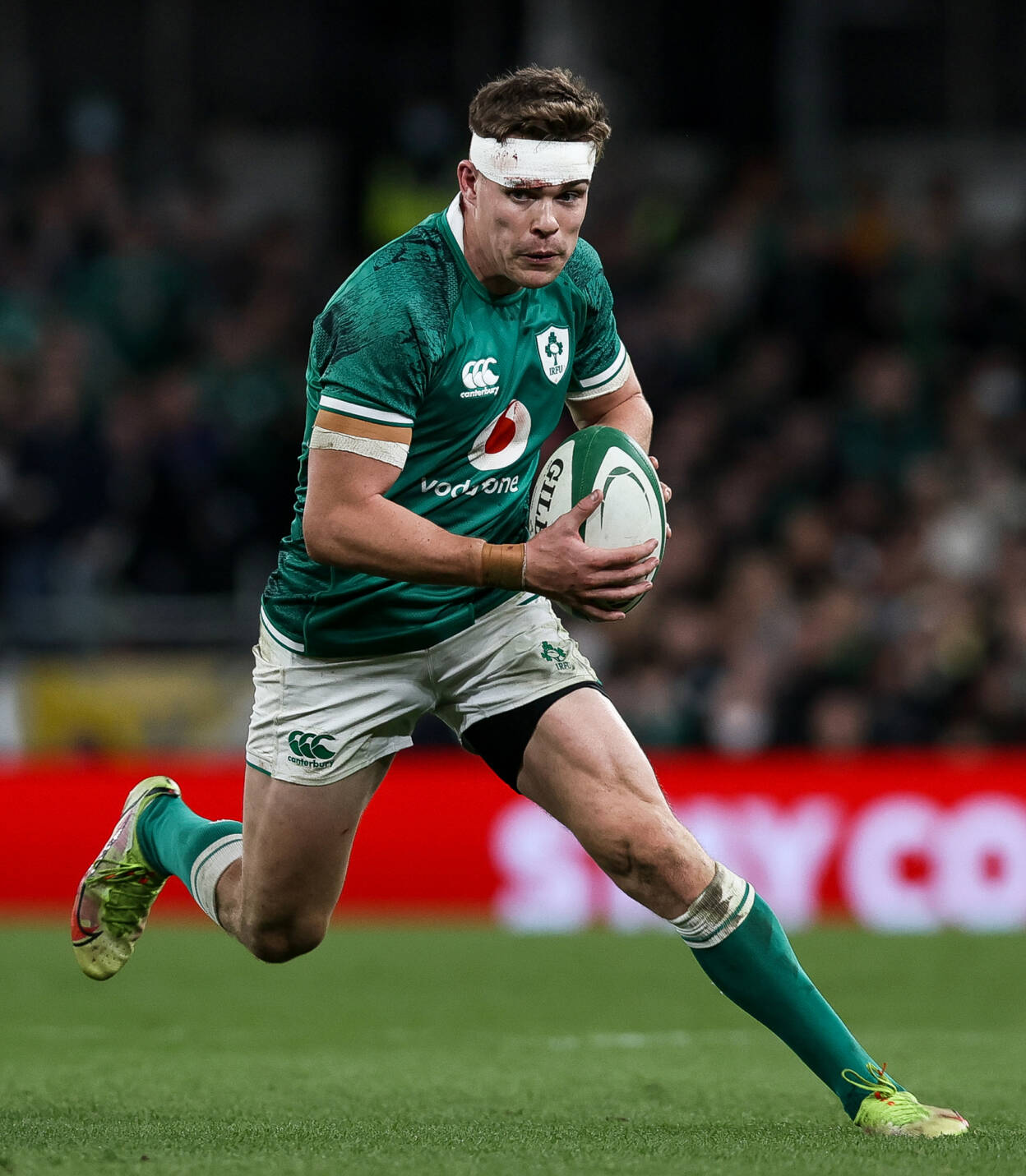 The Leinster centre insisted there are still some areas of improvement that will hopefully manifest in the coming days.

“Looking back on the game there was still a lot of moments, I know myself and guys would have picked up themselves, where they could be better. I don’t think we’ve come out of it thinking it was the best performance and just repeat that.

You just do everything you can to be the best version of yourself. I know I’ve said it before, there is trust that everyone else around you is doing the exact same thing.

“Hopefully a bit of cohesion helps too. Irrespective of the individual, you’re challenged to be as cohesive no matter who you are. I guess it’s just focus on yourself.

“You want to do everything you can to contribute to the team and then you have trust that that’s what everyone’s primary focus is. Then it can gel and work together. Like it did a few times in the last two games.”

Although accustomed with playing with Robbie Henshaw at both provincial and international level, Ringrose has quite often struck up a strong partnership with Connacht’s Bundee Aki in the Ireland team.

In total, the latter pair have featured together from the start of seven Six Nations games, including the Grand Slam clincher against England at Twickenham in March 2018. 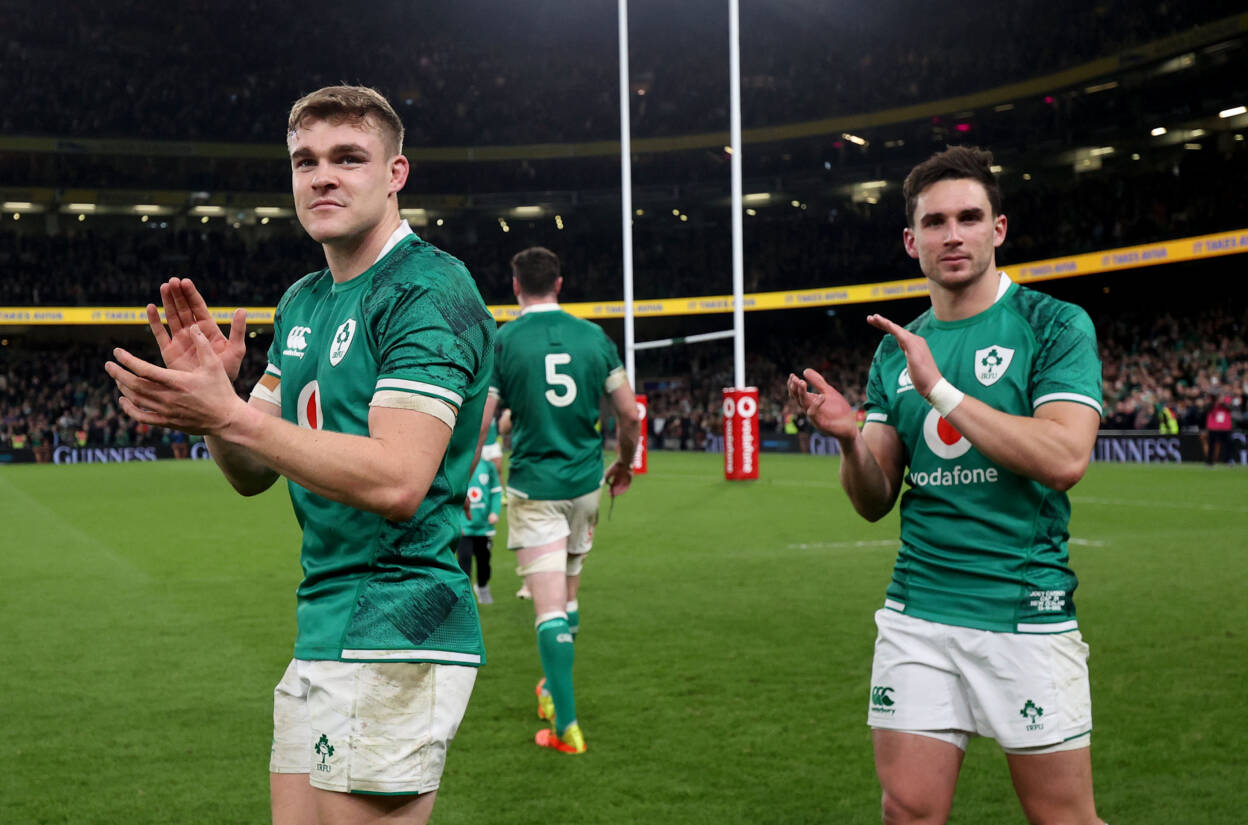 In addition to being driven on by the ferocious competition for places in Ireland’s back-line, Ringrose has enjoyed linking up with and learning from Aki as he continues to develop his own game.

“From the outset, we’re all challenged to be able to be cohesive, no matter what the (centre) combination is,” added the 26-year-old Dubliner.

“I know myself and Robbie have both suffered on the injury front and then you look at Stu (McCloskey) doing unbelievably well over the summer. Same with James Hume as well.

“We’re all challenged every day to be cohesive and be able to play with each other, but playing with Bundee, he offers me a load of support during the week.

The amount of time and effort he puts into analysis, picking up little things from training and how he can improve. He’s always trying to get better himself, but then challenging me on that front as well.

“I enjoy, obviously, playing with him out there. He gets gain-line maybe a little bit better than I do. When there’s a bit of traffic, he has that ability, but you see as well he has that outside break that can put guys into space.

“I’m trying to continue to learn off him as much as possible. Having been out of the squad a couple of times as well, it’s nice having him support me.”