Ireland Women’s head coach Adam Griggs admitted his side were second best in most areas during their Rugby World Cup 2021 Europe Qualifier defeat to Spain.

In the first of three games they will play in Parma – meetings with host nation Italy and Scotland are still to come – Ireland succumbed to a hugely frustrating 8-7 loss.

Beibhinn Parsons’ early try had the girls in green ahead for over an hour of the contest, but Lea Ducher’s 71st-minute score ultimately determined the outcome.

Spain set the tempo early on with some powerful work in the scrum, and Griggs felt Ireland found it hard to counteract the threats posed by José Antonio Barrio’s well-drilled outfit.

“I think we just didn’t turn up to play. We were probably outplayed in a lot of facets of the game by Spain. You have to give credit to them,” he said afterwards.

“They really took us on around the breakdown. Especially, I thought, we struggled a little bit to get that quick ball.

“Then when we did get that quick ball, we weren’t accurate enough on the edges to really punish them. Ultimately, I think we left a lot of chances out there today. It’s hugely disappointing. The preparation was really good.

“It started from that first kick-off, where we knock on and let Spain into our half straight away. We were almost chasing the game a little bit from there.” 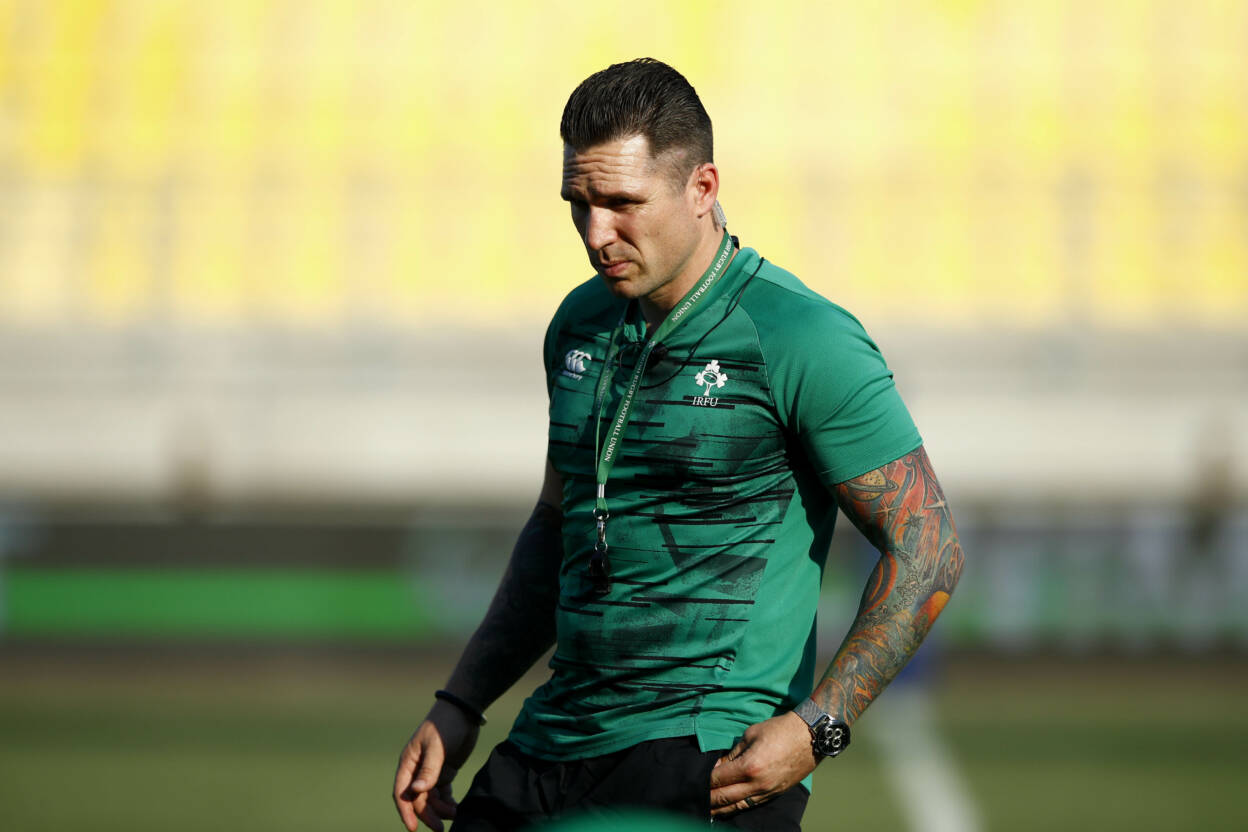 There were certainly junctures in the match where Ireland looked like they might develop a more coherent rhythm but, more often than not, a sequence of basic errors killed their momentum.

Even allowing for the fact Ireland had not played a competitive game since April, Griggs does not believe this explains their performance on the day.

I don’t think it’s an excuse. We’ve spoken about how well we’ve trained and the intensity of our training camps.

“We felt they were going to put us in good stead. I think if you look at some of the opportunities that were created, we didn’t finish them off.

“In a tournament like this, you’ve got to be ruthless and you’ve got to make sure you put teams away when you have the chance. I think we let that slip a little bit. We’re hugely disappointed.”

Having defeated the likes of Italy, Scotland and Wales in their past two Six Nations campaigns, Griggs is adamant that Monday’s game is not reflective of the quality that is within the Irish group.

With two victories over the Italians within the past 12 months, he is hopeful they can pull off a similar result when the two teams lock horns at Stadio Sergio Lanfranchi on Sunday. 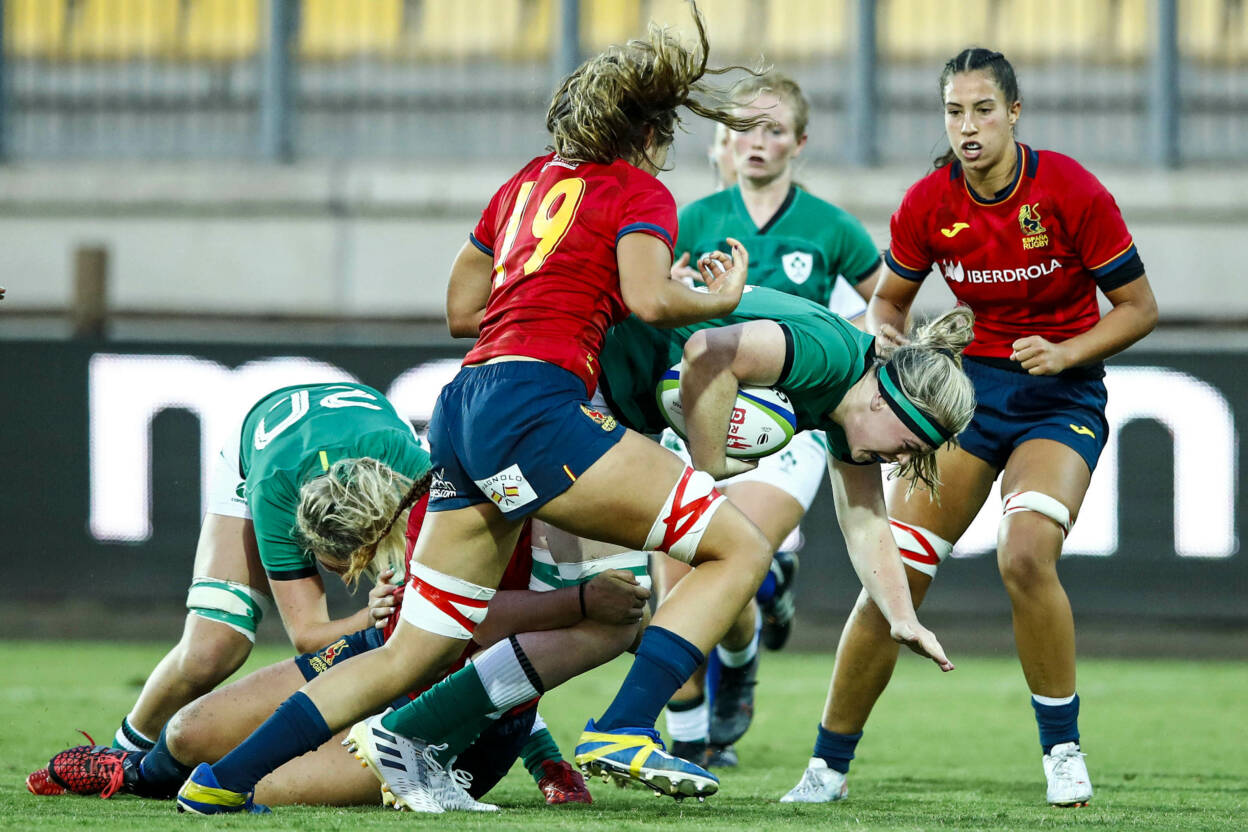 “I guess you’ve just got to look at our past form. If you follow this team over the last 18 months, that performance was well below par and well below where we’ve come from,” insisted the New Zealander.

“That’s probably where we’re disappointed. That we haven’t shown up in the first game of this tournament.

“When you look at our form from the Six Nations only five months ago and then even the previous Six Nations before that, we know we’re far better than the performance we put out there.

“Bringing Italy into that, we played them twice in the last two Six Nations and we’ve been able to beat them both times. We have to look at the positive side of that. We have history there, where we have been able to grind out wins.

“Again, it comes back to just not turning up today. That could cost us in the long-run of this tournament, but now we have to take each game as it comes.

“We’ve got to make sure that we bounce back and show some of the performances we’ve put together in the previous couple of Six Nations.”

Given it is a six-day turnaround – there will be a similar gap in advance of their final round showdown with Scotland – the preparation for the clash with Italy has already begun.

From Griggs’ point of view, it is important that the next few days can go according to plan. He added:

There’s no doubt that when you go through a week of preparation off a loss, it’s very different from a win. We spoke about it after the game, that it genuinely starts now.

“The players have to recover. They’ve to go and get in those ice baths and make sure they’re on top of things tomorrow in terms of their recovery. We’ve spoken about winning the training week.

“I think that’s what is important for us. When you’re coming off a loss, you need to get your confidence. That will start in training which will lead into the game, hopefully, coming next week.”