It has been a long and arduous journey up to this point, but the Ireland Women will finally begin their qualification process for the delayed Rugby World Cup in the coming days.

Initially postponed to last December before the ongoing threat of Covid 19 led to further disruptions, the Rugby Europe qualifying tournament gets underway on Monday in a four-team round robin format at Stadio Sergio Lanfranchi in Parma.

Ireland launch their qualification campaign against Spain, before attention turns to showdowns with Italy (September 19) and Scotland (September 25).

Given how long they have had to wait for this tournament to be held, Ireland head coach Adam Griggs acknowledges pressure is starting to build both inside and outside of the camp.

“We don’t want to shy away from that (the pressure),” he said. “There is a reality that winning this tournament means you can go to a Rugby World Cup, which is everyone’s goal.

“I suppose for the coaching staff and support staff as well, our focus is making sure players don’t get too ahead of themselves and we do focus on one game at a time, but knowing that the end goal is what we’ve focused on for 18 months.

“I think when we go into a tournament format like this, the important part will be how we gel together as a group.

“Not only on the field, but off the field. I think there’s really good character in these players that will make sure that we go there and compete, and be successful.”

For the vast majority of the Ireland players, Monday’s meeting with Spain will be their first competitive game of 15s rugby since the Six Nations drew to a close on April 24.

The six UK-based players in the current set-up were marked absent for the opening round of the Premier 15s last weekend, while Griggs revealed that the schedule for the Interprovincial Championship – set to reach its conclusion tomorrow – was too close to this particular international window for any of his domestic players to be involved.

“I think that’s the one battle, not just for myself but for all coaches in our situation, that it has been very hard to get warm-up games with international teams. Our programmes don’t match a lot of the time.

“If the Interpros were six weeks ago, you would have seen a full compliment of international players in it.

“We felt these last three or four weeks were the most important for us to be together as a group. I guess we just back the training that we are doing and that we know we will be prepared for Spain when we get them on Monday.” 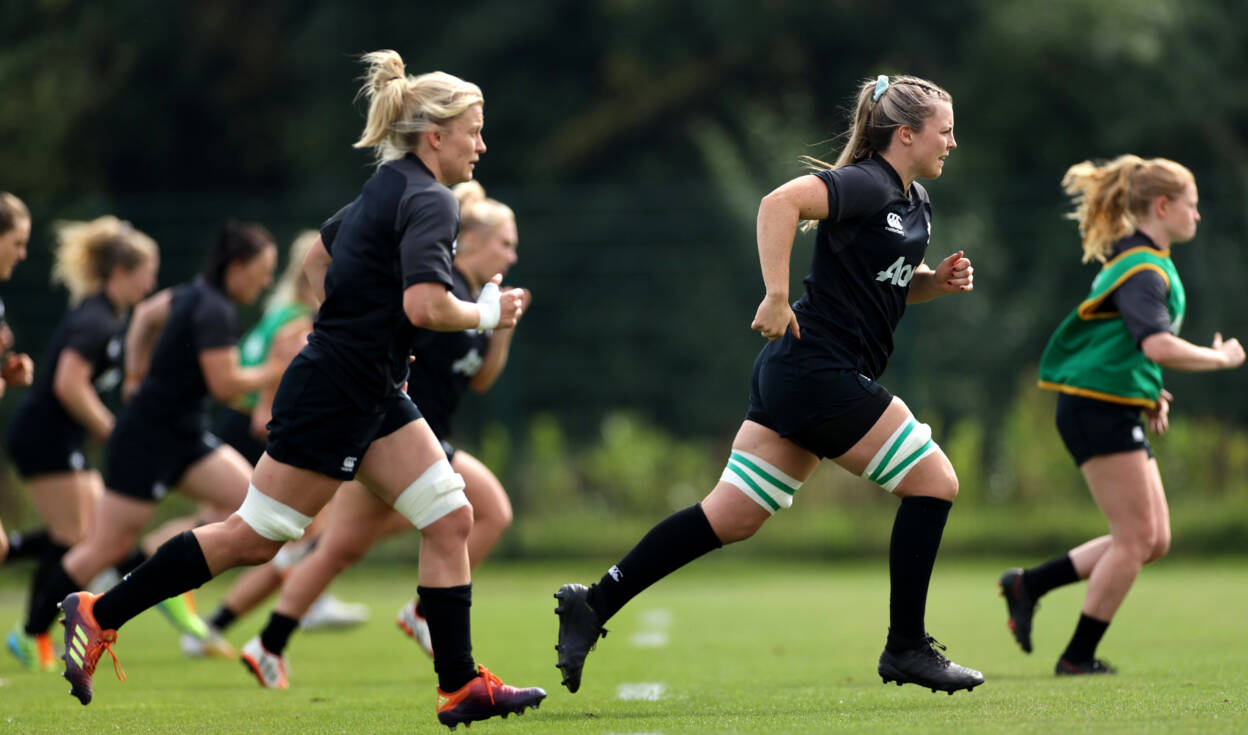 With the exception of some unofficial warm-up games, it has been all of 13 years since Ireland faced Spain in a 15s international match.

Griggs and his coaching staff have been able to build up some knowledge of José Antonio Barrio’s outfit, but will nonetheless rely on imposing their own game-plan in the opening round of the tournament.

It’s a little bit of the unknown for Spain, that’s for sure. We’re lucky enough, we’ve seen them play in the Rugby Europe Championship. We do have a good idea of their players.

“We’ve got a few players who are in the Premiership and there are Spanish players as well in some of those teams.

“We know a little bit about them, but I think what we’ve seen is that they do have an unpredictability about their play.

“I suppose what we want to do is make sure we control the game that suits us. Keep the pressure on them by doing what we’re good at. Controlling it that way.”

Despite leaning heavily on experienced heads for his side’s extended stay in northern Italy, Griggs has included three uncapped players in his 28-strong selection for these qualifying games.

In addition to second row Sam Monaghan, who is one of four Wasps players included, Wicklow natives Mary Healy and Lucy Mulhall have also received a vote of confidence from the former scrum half. 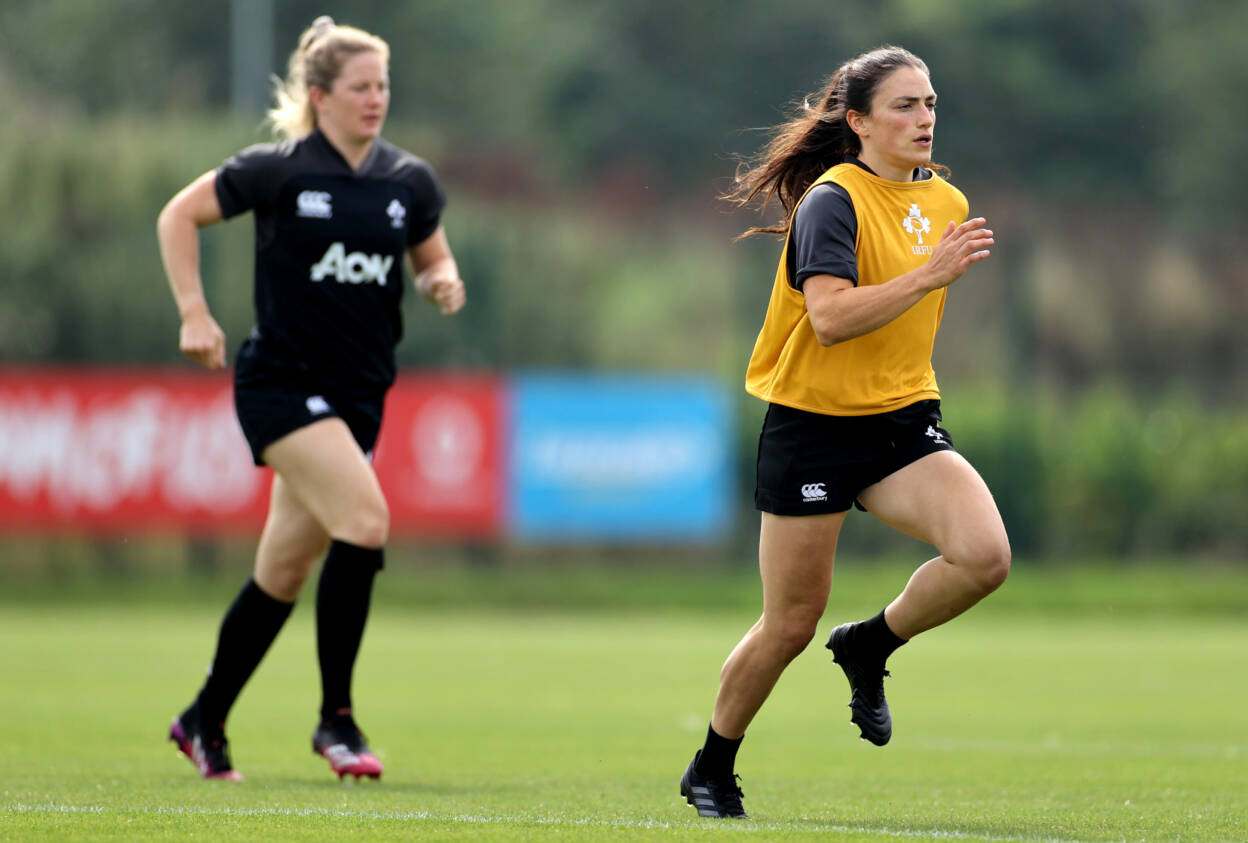 The long-time captain of the Ireland Women’s Sevens team, Mulhall has been earmarked as a potential option at out-half.

Even though Stacey Flood seems to be the one in possession of the number 10 jersey for the time being, Hannah Tyrrell’s retirement and subsequent return to Ladies football with Dublin has led to Griggs searching for an alternative in the position.

“She (Mulhall) could be an option at out-half, I won’t give too much away! Her skill-set coming into the game suits how we want to play,” he added.

“She’s obviously got that Sevens background, where you’ve got to use the ball and cover width in terms of the open field. We’re looking at her in a number of positions at the moment, but probably over the next week we’ll settle on where we really think suits her best and also the players around her.

“I wouldn’t say the 10 jersey is cursed, but there certainly have been a few players through it in my time. You look at Stacey (Flood), who has had a really good Six Nations.

“In that last game (against Italy), she’s player of the match. She put her hand up really well there.

“She’s a player that controls the game quite well and demands the respect of those around her with her skill-set. We’re looking for her to keep pushing on in that position as well.”