Like so many athletes in women’s sport, Ireland rugby international Eimear Considine is doing her best to leave a lasting legacy that can inspire future generations.

A native of Kilmihil in County Clare, the Munster full-back is part of Adam Griggs’ Ireland squad at the Rugby Europe qualifying tournament for next year’s Rugby World Cup in New Zealand, which gets underway at Stadio Sergio Lanfranchi in Parma on Monday.

Spain are first up for Ireland, before host nation Italy and Scotland provide the opposition at the same venue on September 19 and September 25 respectively.

Having made her 15s international debut in the 2017 Six Nations Championship, Considine featured on the wing for Ireland at the home-based Rugby World Cup later that year.

It proved to be a frustrating tournament for the girls in green, with an eighth place finish ensuring they were forced into a qualification process for the latest edition of the game’s global showpiece.

At a time when there is a big push to increase participation levels in women’s rugby – on top of enhancing the general awareness around the sport – Considine insists it is essential that Ireland get to perform on the biggest stage of all in 2022.

“It was bleak enough at the end of the last World Cup, when you knew you had to go through the whole qualifying process,” she admitted.

“We really, really need that. For girls to look up to us and to play. That is the aim, to get back on the top ladder of rugby and it starts with the very first game on Monday.” 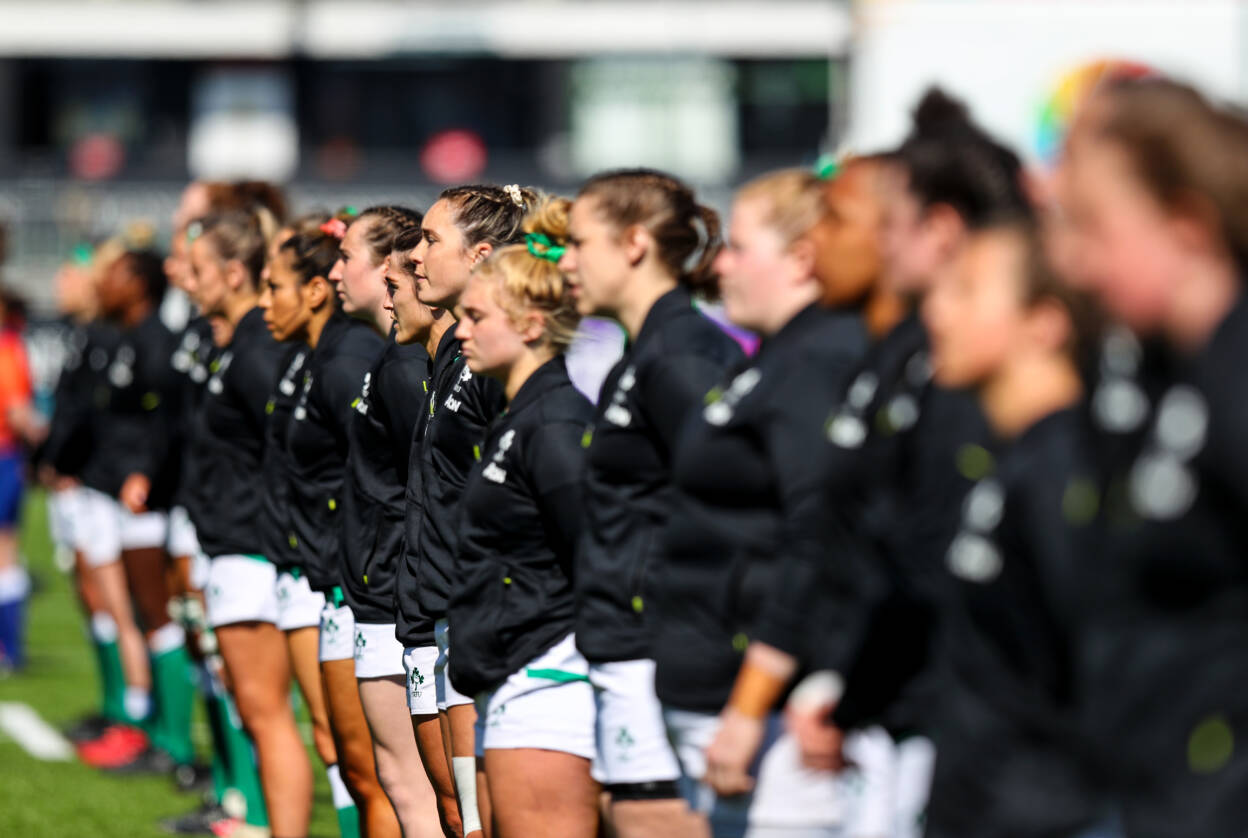 When Considine first broke into the side four years ago, Nora Stapleton was firmly established as Ireland’s starting out-half.

Since the retirement of the Donegal woman in the aftermath of the 2017 World Cup, no fewer than seven players have donned the number 10 jersey in competitive internationals.

This includes Hannah Tyrrell, who featured prominently in this spring’s Six Nations before subsequently calling time on her rugby career and joining the Dublin Ladies football panel.

Stacey Flood produced a player-of-the-match display in this pivotal position as Ireland secured third place in the revamped Championship with victory over Italy at Energia Park on April 24, but is still very much in her infancy as a 15s international.

Nonetheless, Considine has full confidence in the Railway Union play-maker and feels there are several others who are capable of filling in at out-half.

“Stacey has had a lot of experience in this year’s Six Nations campaign. A similar amount of game-time to Hannah in that campaign, but she has been doing fantastic.

“Anyone who has stepped in there has done a really good job. We’ve been together for so long that a new 10 might look new on the outside, but we’ve been training week in, week out and had a lot of time together.

“They have experience in high-pressure situations. Obviously there’s experienced players that you look to, but it’s not just ‘Junior’ (Ciara Griffin), our captain, that you look to. It’s everyone in the squad.

“There’s so much experience there going into this tournament that we really are just excited to get started with the tournament on Monday.”

Despite the undoubted experience within their ranks, the presence of the uncapped trio of Sam Monaghan, Mary Healy and Lucy Mulhall ensures there is a freshness to Griggs’ 28-strong selection for these forthcoming qualifying clashes.

One of four Wasps players in the set-up, Monaghan will offer competition to Aoife McDermott and Nichola Fryday in the second row ranks.

Tighthead prop Healy was previously part of an Ireland training squad in 2019, while fellow Wicklow woman Mulhall has been Ireland’s Sevens captain since 2015. 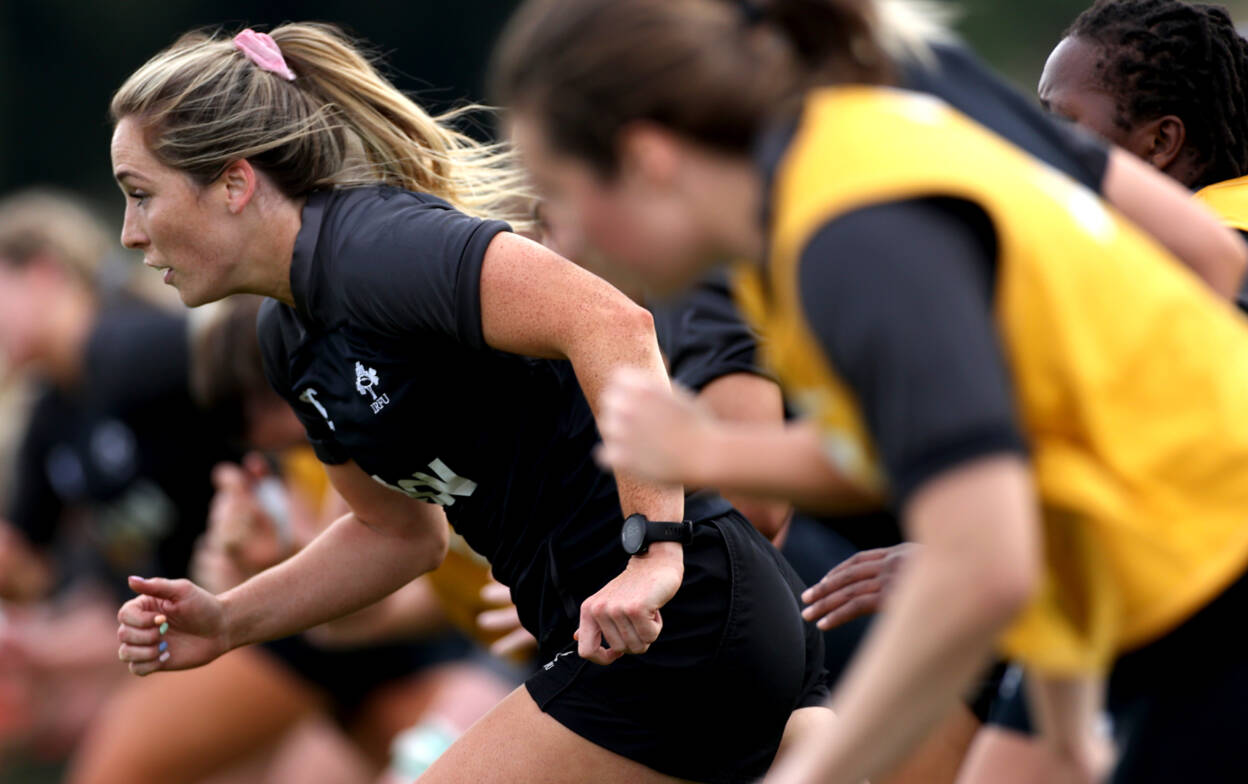 “It is phenomenal to still have new caps coming into the squad,” insisted Considine. “Sam has had so much experience, over playing with Wasps, Mary has been in with us for quite a while and had been in the States playing rugby.

“I don’t think I need to say anything more about Lucy and the experience she has coming from Sevens, especially as captain. It’s great to have such girls coming in to build on an already fantastic squad.”

Given their most recent competitive outing against Spain was as far back as May 2008 – a pool encounter at the European Championship in the Netherlands – Considine’s main knowledge of Monday’s opponents comes from her time as a Sevens international.

However, with a lot of the Ireland squad having transitioned between both codes themselves, she has a good idea of what to expect in the tournament opener.

“We know how good they are on the Sevens circuit. They’re really, really tough. They’re fast. They’ve got the mix of 15s and Sevens, and that is a great mix.

“We’re not taking them lightly. Every one of the teams that are going to be in Italy are there for one reason and Spain are no different.”