Ulster produced a strong performance in both attack and defence to topple Saracens 33-3 at the Honourable Artillery Company grounds in London, in their second and final pre-season friendly.

Dan McFarland’s men scored five tries and limited their hosts to a solitary penalty, as they gained revenge for last week’s disappointing 45-21 defeat to Sarries at Kingspan Stadium.

Bolstered by some of their returning Ireland internationals, Ulster survived some early pressure with Robert Baloucoune saving a try.

The fleet-footed winger prevented Saracens flanker Ben Earl from grounding the ball over the line following a powerful driving maul in the fifth minute.

Nick Timoney – a try scorer on his Ireland debut in the summer – marked his return to Ulster colours with the game’s opening score on 11 minutes.

Ulster gained territory with a well-judged 50:22 kick by Billy Burns, the home side halting the maul but from the resulting scrum, they conceded a penalty.

Ever-influential scrum half John Cooney tried to take it quickly but was stopped illegally by Saracens lock Nick Isiekwe, which earned the lock a yellow card. 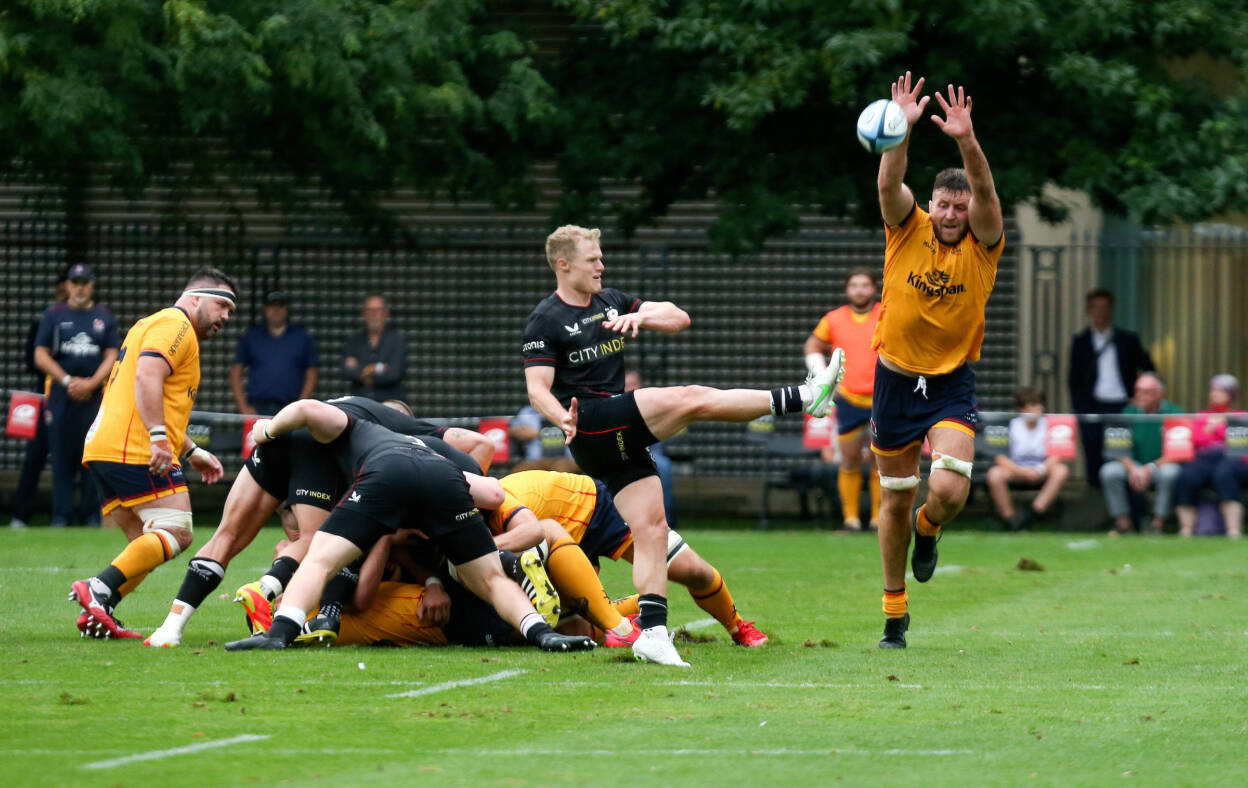 Ulster went to the corner from the penalty, the pack drove close to the line, before Timoney came on the crash ball to surge over from close range and Cooney converted.

Ulster made their numerical advantage count again on 17 minutes. Strong carries from Stewart Moore and new signing Mick Kearney got the province over the gain-line again.

Cooney and Burns combined to release Michael Lowry, the full-back and eager play-maker flung it wide, and Craig Gilroy had enough strength to touch down with Cooney adding the conversion.

Saracens opened their account on 25 minutes with an Alex Lozowski penalty, but they were reduced to 14 men soon after when centre Nick Tomkins saw yellow for a tip tackle on Brad Roberts.

Hume caught a Burns kick and cut inside, but his centre partner Moore knocked on the try-scoring pass and McFarland’s side reached half-time with a 14-3 lead.

Pushing further ahead just nine minutes after the restart, Ulster’s pack made the yards with some big carries before Cooney fed Angus Curtis who evaded tackles from Earl and Sean Maitland to get over the line.

Following another conversion from Cooney, Gilroy completed his brace in the 55th minute. Kearney, Callum Reid and Greg Jones had all been stopped short of the line following good carries.

However, Ethan McIlroy, the elusive player-of-the-match, was able to spin out of a tackle and release Gilroy who squeezed over in the corner with Curtis converting.

Keeping the pressure on and following a sustained period inside the Sarries’ 22, Ulster forced a penalty and went to the corner in search of a fifth try.

From the lineout, the forwards set up a rolling maul that powered over with replacement Marcus Rea touching down. Curtis failed to convert on this occasion.

Even with replacement hooker John Andrew sin-binned in the 75th minute, Ulster’s 14 men were able to repel Saracens attacks and keep their try-line intact. 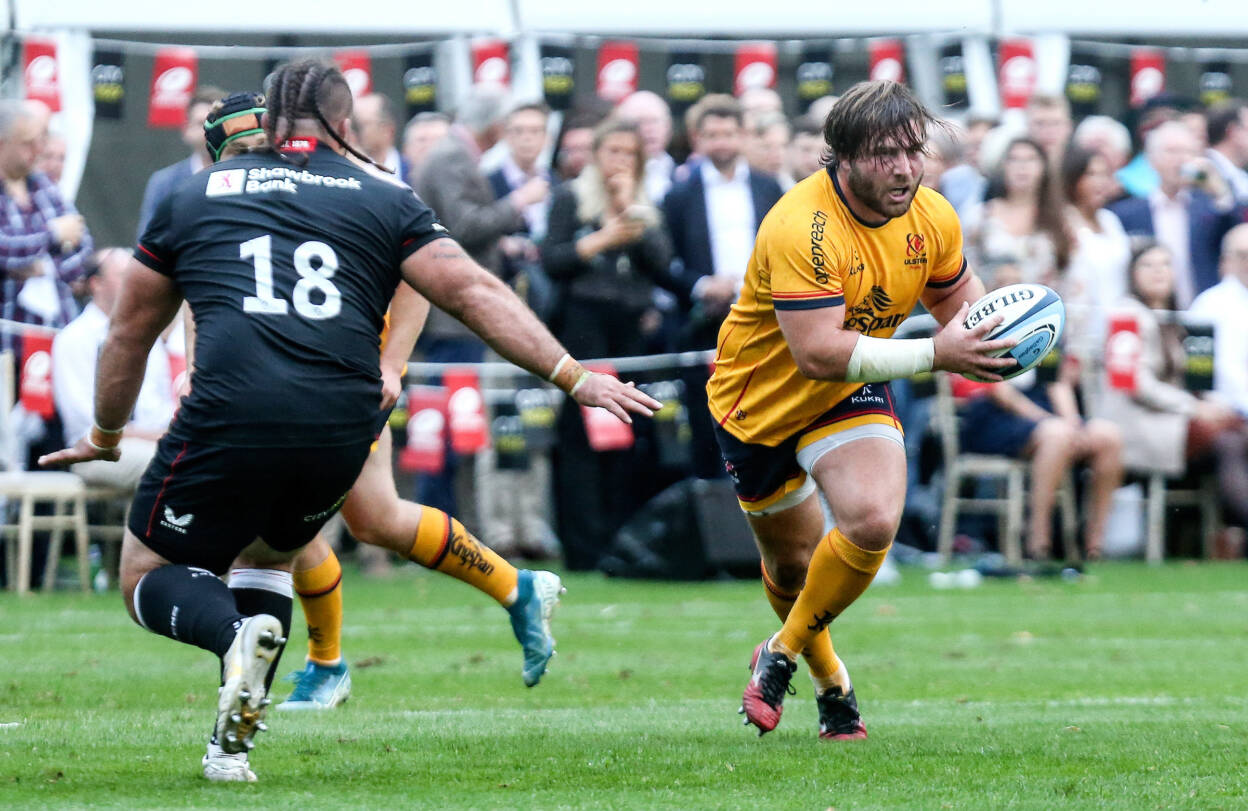