The Ulster Under-18 Clubs held off a late fightback from Munster at the IRFU High Performance Centre to take the spoils – 17-14 – in a tense PwC Interprovincial encounter.

Round 2: Leinster Defeat Connacht To Set Up U-18 Clubs Title Decider

Courtesy of well-worked tries from Ben Gibson, Ethan Graham and Clarke Logan, the Ulster youngsters led 17-7 with an hour gone on the clock.

Munster fought until the bitter end, however, with replacement Frankie Gillane touching down for his side’s second five-pointer of the game.

Jimi Fenton’s successful conversion increased the possibility of Noel O’Meara’s side pulling off a dramatic triumph, but Ulster stood firm in the end.

It means the Ulster U-18 Clubs team have put together back-to-back wins, following on from last Sunday’s 34-24 bonus point victory over Connacht at Energia Park. 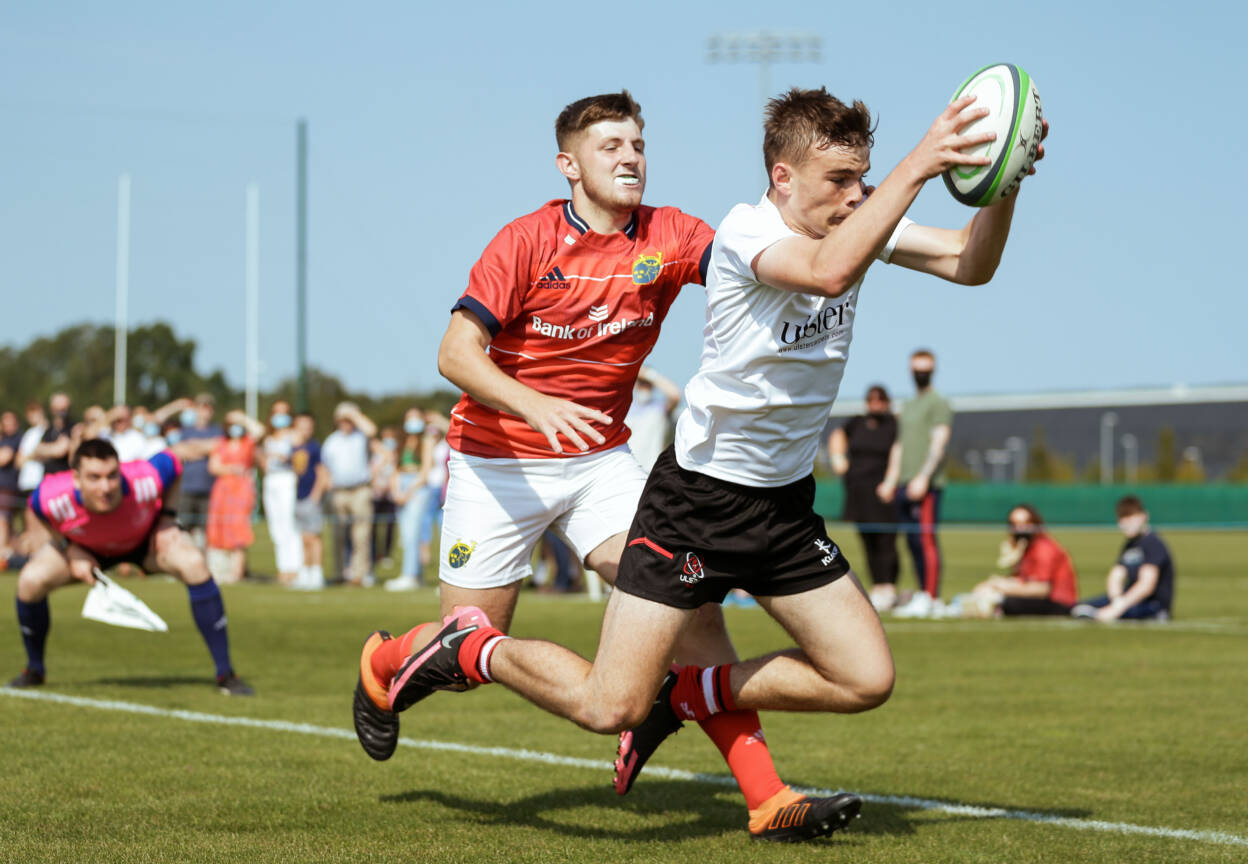 It was a bumper day for Ulster Rugby at the IRFU HPC as they went two-from-two against their Munster counterparts, with the Clubs team following in the footsteps of the Schools side.

After an initially tentative opening, in-form Bangor out-half Gibson cut through the heart of the Munster defence and dotted down in ruthless style on the right wing.

Although he could not convert his third try of the tournament, this was the perfect start to the proceedings for Daryl Maxwell’s squad.

Still, the Munster Clubs selection had already showcased their attacking qualities, and they squeezed ahead in the twelfth minute.

Despite intense pressure from the Ulster defence, full-back Conall Doyle did just enough to cross the whitewash, getting the ball down despite the best efforts of Zach Scarlett. 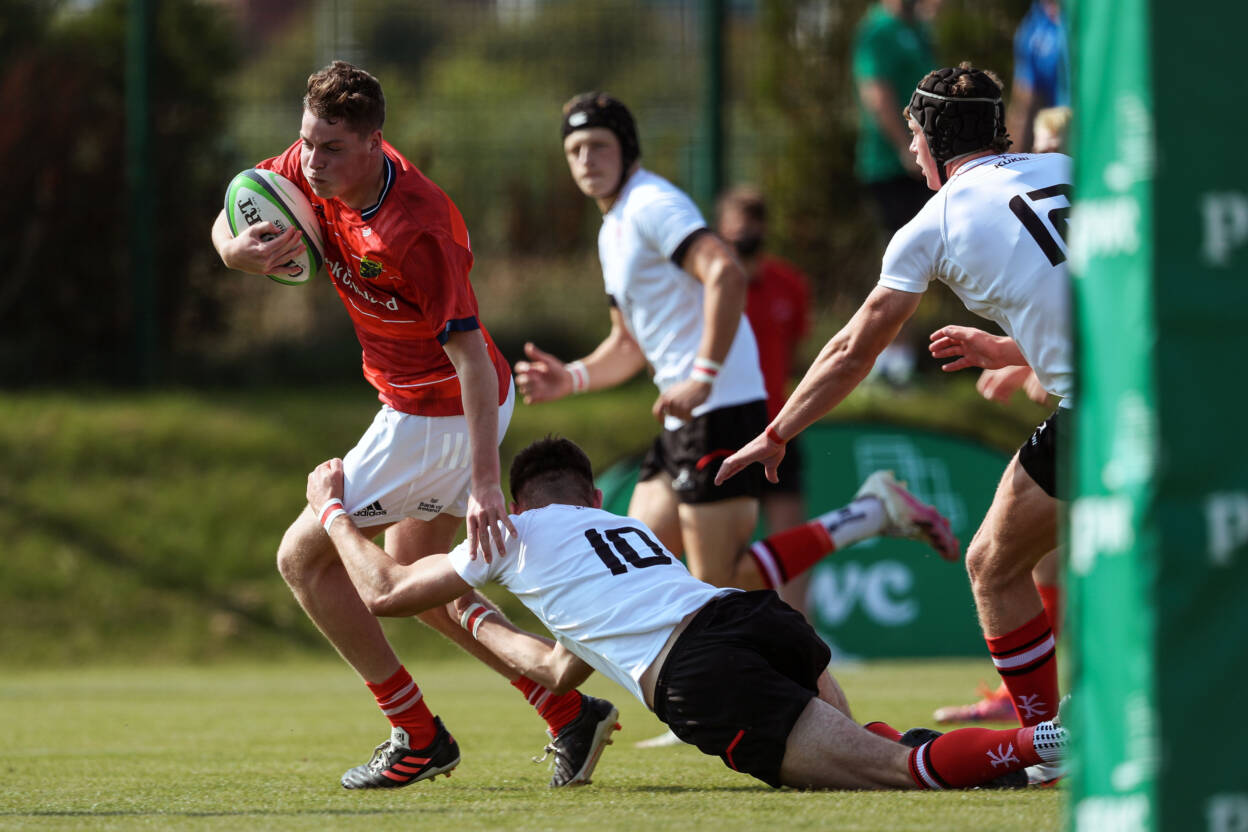 Rugbaí Chorca Dhuibhne place-kicker Fenton supplied the extras, ensuring Munster were 7-5 to the good in advance of the first water break.

Ulster had found themselves on the back foot for an prolonged period, but the dynamic Graham managed to restored their lead on 24 minutes.

The Monaghan RFC starlet used his devastating pace to good effect, before kicking the ball towards the left corner. The Munster rearguard tried to deny him, but Graham got to the ball just in time to add try number two.

Even though Gibson fired past the target from a tricky angle, Ulster went into the interval armed with a 10-7 buffer. 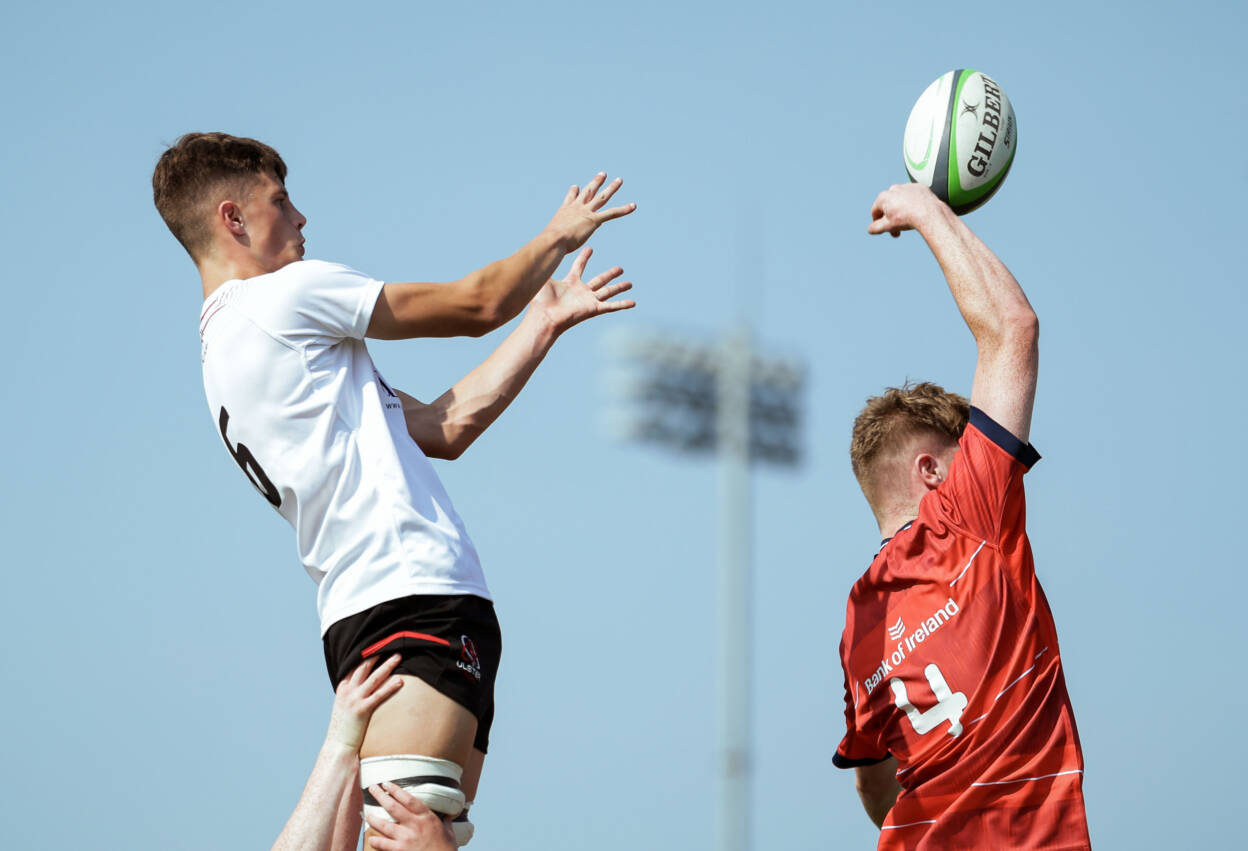 Both teams had their share of possession on the restart, but a succession of errors and turnovers made it difficult for either of them to create sustained momentum.

Nonetheless, there was a sense that there were further scores to come and so it proved.

Just moments after Bantry Bay’s Jack Ward had come up just short in his quest for a Munster try, Ulster’s replacement scrum half Logan spotted a gap, amid a multi-phase attack, and finished clinically from close range.

Gibson’s conversion gave Ulster a 10-point advantage, but the final outcome was not yet beyond doubt as Munster had more in the tank.

Having established a firm foothold deep inside the opposition 22, O’Meara’s charges spread the ball across the pitch where Waterford City’s Gillane was on hand to score a 69th-minute try.

There was still time for Munster to conjure up a match-winning score, after Fenton found the range from his latest kick at goal, but Ulster dug deep to make it a double success for their U-18 teams. 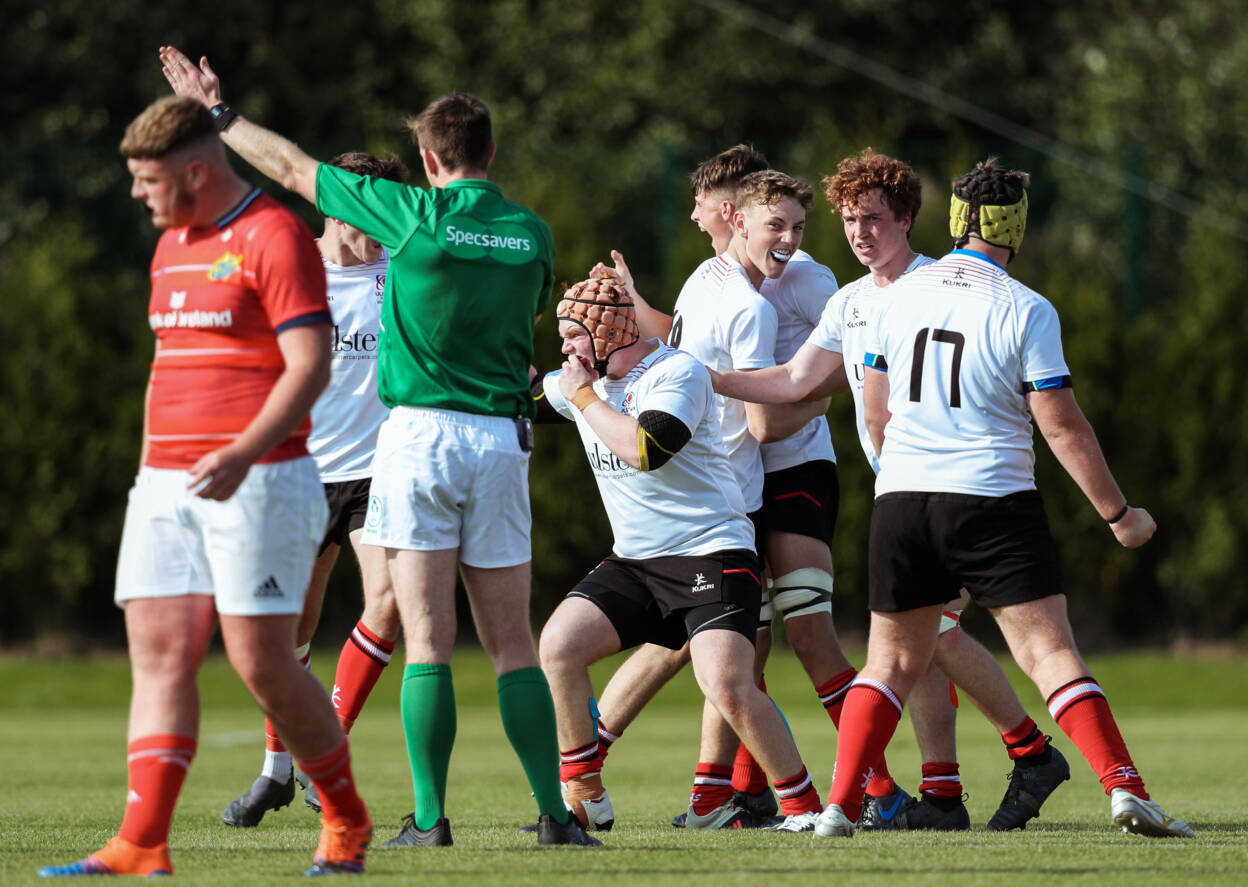