The Ulster Under-18 Clubs team saw off the valiant efforts of Connacht, winning 34-24 in a thrilling PwC IRFU U-18 Men’s Clubs Interprovincial Championship opener at Energia Park.

Round 1: Leinster U-18 Clubs Team Dig It Out Against Munster

Two tries each from Ethan Graham and Ben Gibson spurred Ulster to a bonus point victory, with their exciting back-line play creating many scoring opportunities.

A bit of individual brilliance from Monaghan full-back Graham, who followed up his own grubber kick, was the real eye-catching score of the afternoon.

Connacht, who trailed 21-10 at half-time, gave a really good account of themselves with two-try Galwegians centre Hugh Gavin being their standout performer.

Some strong carries from replacement John Hughes, Blayze Molloy and Max Flynn in the closing stages got them in a good position to score, which they did through Charlie Naughton, making for a tight finish. 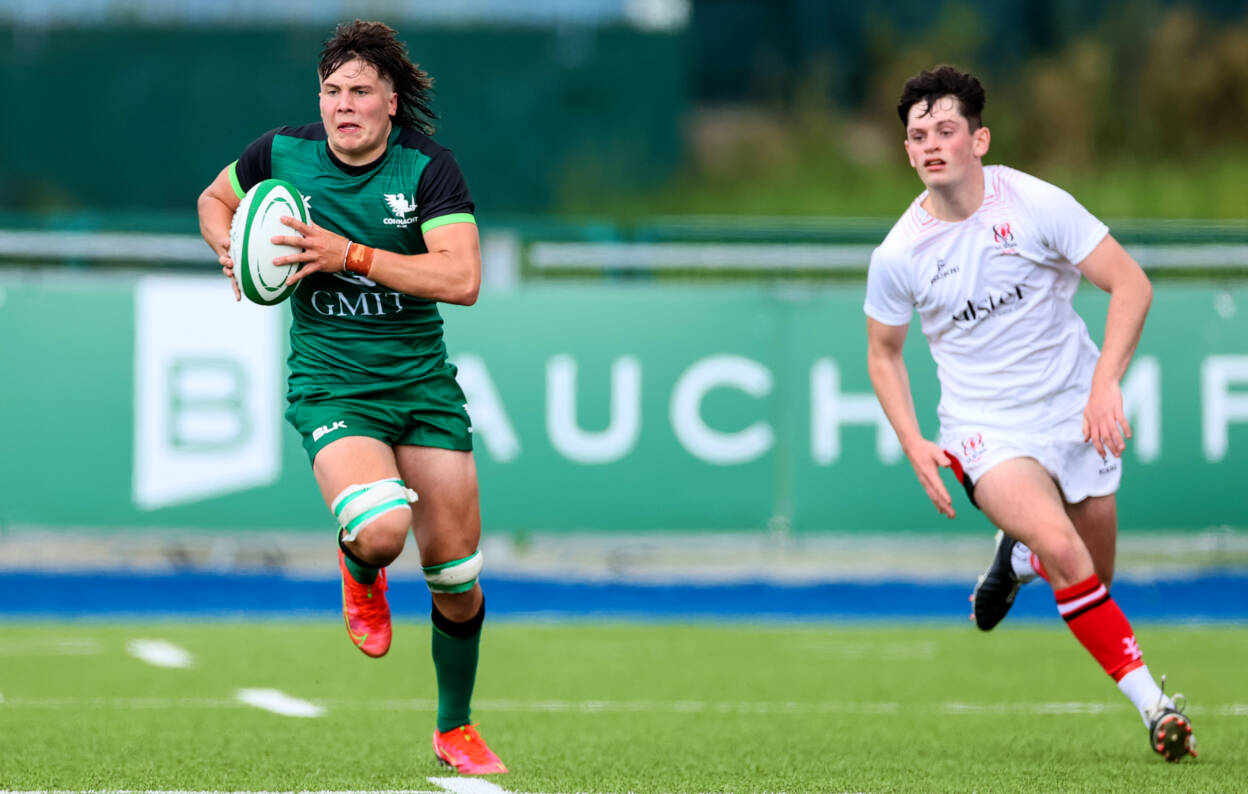 However, Connacht failed to secure possession from the restart, and it was Ulster who confirmed their winning start to the tournament by releasing Dromore winger Nathan Hook for the left corner.

The game had burst into life during an end-to-end opening quarter, both sides getting on the scoreboard early on and showing their capabilities with ball in hand.

Influential Bangor out-half Gibson, who finished with a handsome 19 points, followed up on Michael Burnett’s break from his own half to put Graham over for a well-taken seventh-minute try. 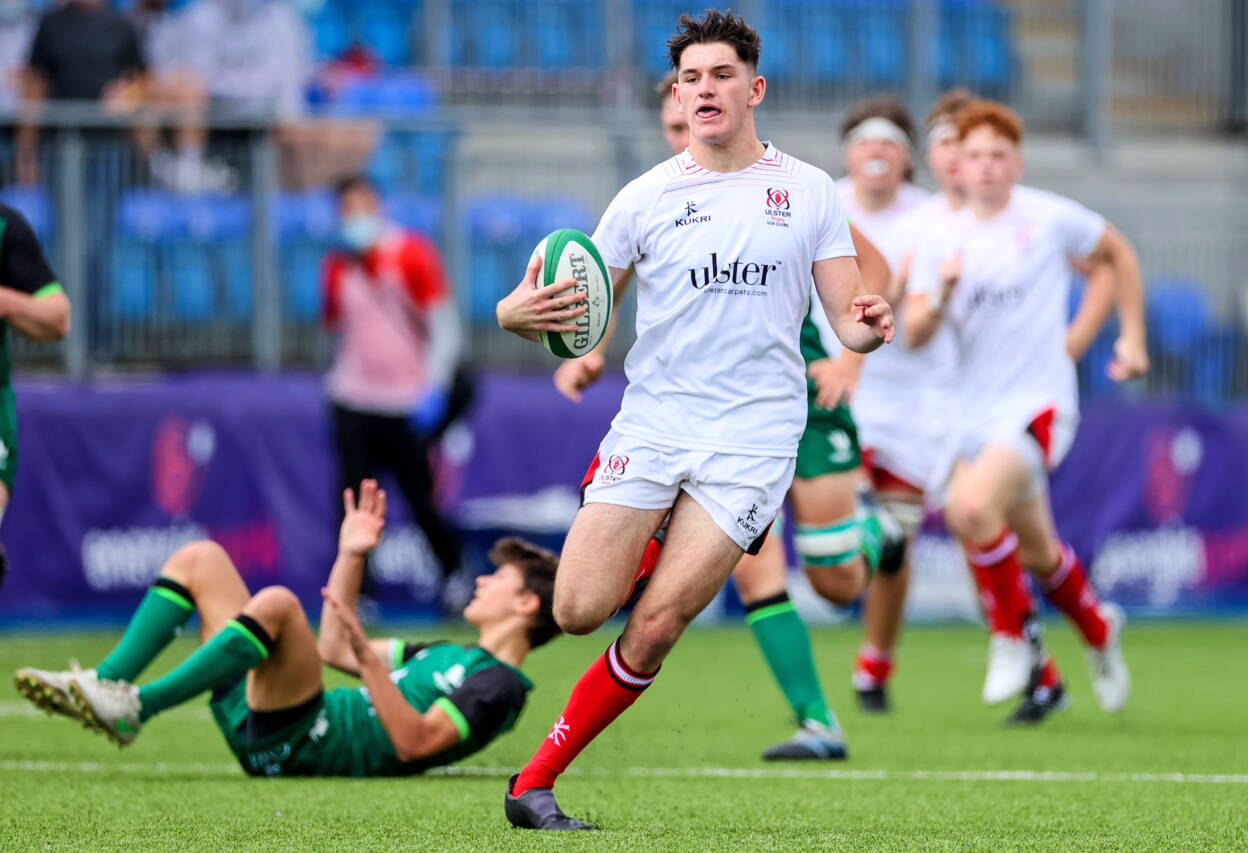 Connacht showed no signs of panicking, and with their lineout play a real strength early on, out-half Ryan Roache fired a penalty right up to the corner flag.

They kept the ball nice and tight from the set piece, before a Rory Glynn pick-and-go got the westerners over for their first try, making it 14-5 at the water break.

Nonetheless, Daryl Maxwell’s Ulster youngsters extended their lead straight after the short stoppage. Graham’s pace proved too much as, from his own break, he kicked through and regathered the ball to score a brilliant individual try.

Gibson added the extras again before Connacht’s backs began to ask questions of the Ulster defence, the hard running of Gavin, in particular, doing some damage.

Just before the interval, their captain Flynn, from Corinthians, charged off the back of a close-in scrum. He linked with Gavin who crossed from close range, reducing the gap to 21-10. 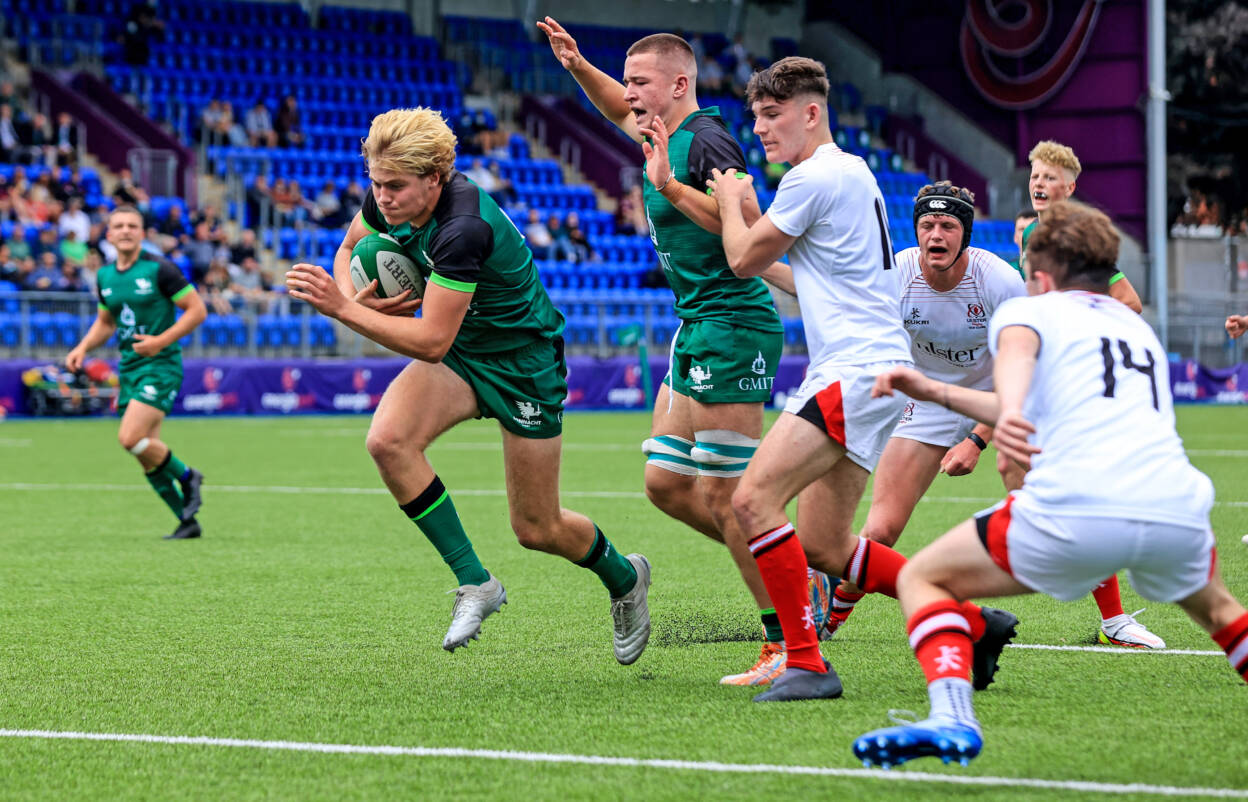 The second half was really evenly matched. Gavin, a real talisman for Connacht, increased his influence with a second sharply-finished score.

The set piece was working really well for Conor Galvin’s team. A strong scrum gave them the attacking platform, replacement Naughton feeding Gavin on a hard line as he closed the margin to just four points.

Yet, any time Connacht seemed to get close to their opponents, Ulster were able to find a quick response. Some lovely back-line play and a little show-and-go from Gibson bagged their bonus point score and a 26-17 advantage.

Although a Gibson penalty made it a 12-point game, Naughton’s bonus point effort for Connacht, in the final 10 minutes, gave Galvin’s charges a late shot at glory.

Frustratingly, they were unable to get the ball back and it was Ulster, the first round table toppers, who created an overlap for Hook’s diving finish out wide. 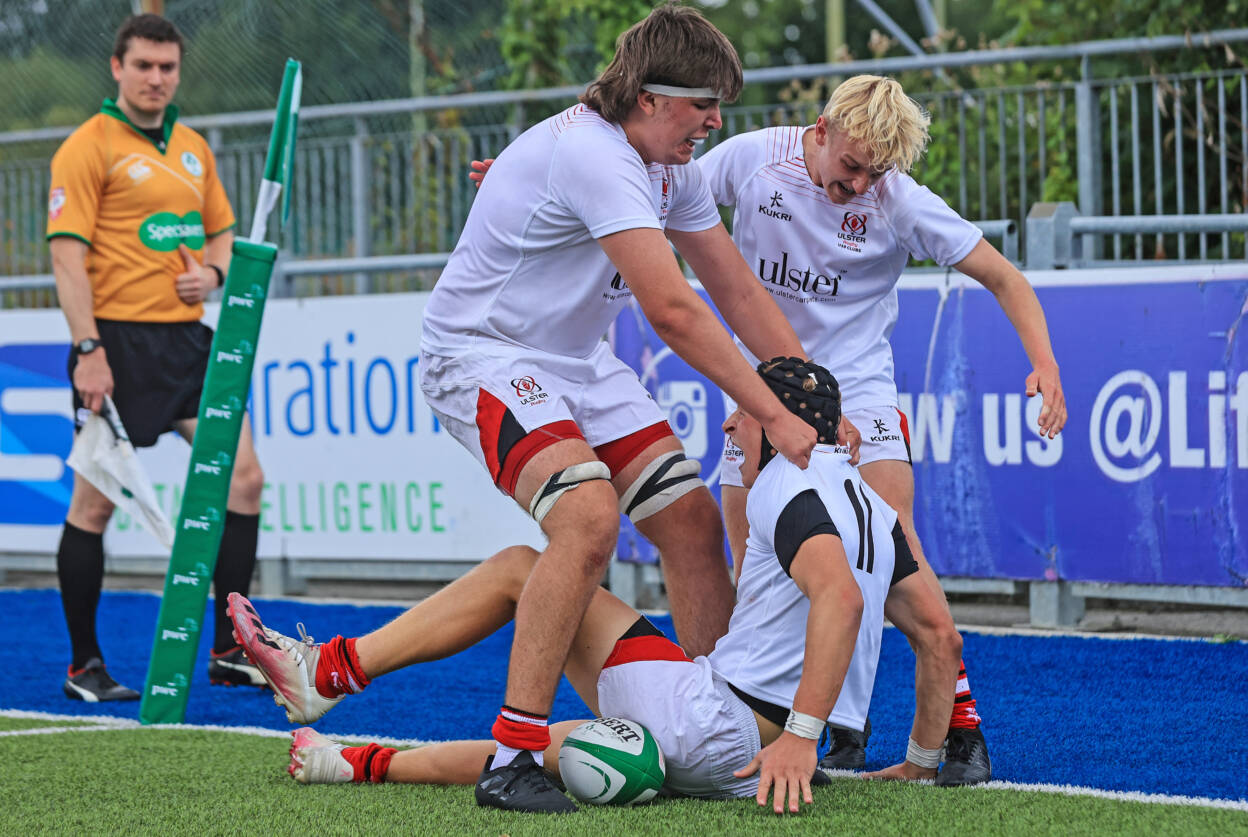