Three of Leinster’s props touched down during an entertaining 24-17 victory over Connacht in the second round of the PwC IRFU Under-18 Men’s Club Interprovincial Championship.

Round 2: Narrow Victory Keeps Ulster U-18 Clubs On Winning Trail

Connacht had the better of the second half scoring-wise, but replacement Sean Hopkins’ late try was only enough to secure a losing bonus point.

Today’s bonus point success takes Joe Carbery’s Leinster side level with Ulster, on nine points, at the top of the table. They meet in a title decider at Newforge next Saturday.

Connacht, who had lost 34-24 to Ulster last week, suffered an early setback when Leinster won back the kick-off and a flurry of phases ended with Deay driving over for Tom Larke to convert.

Despite losing Deay to a leg injury, his team-mates pressed on and used a scrum penalty and an attacking lineout to put the westerners under further pressure. 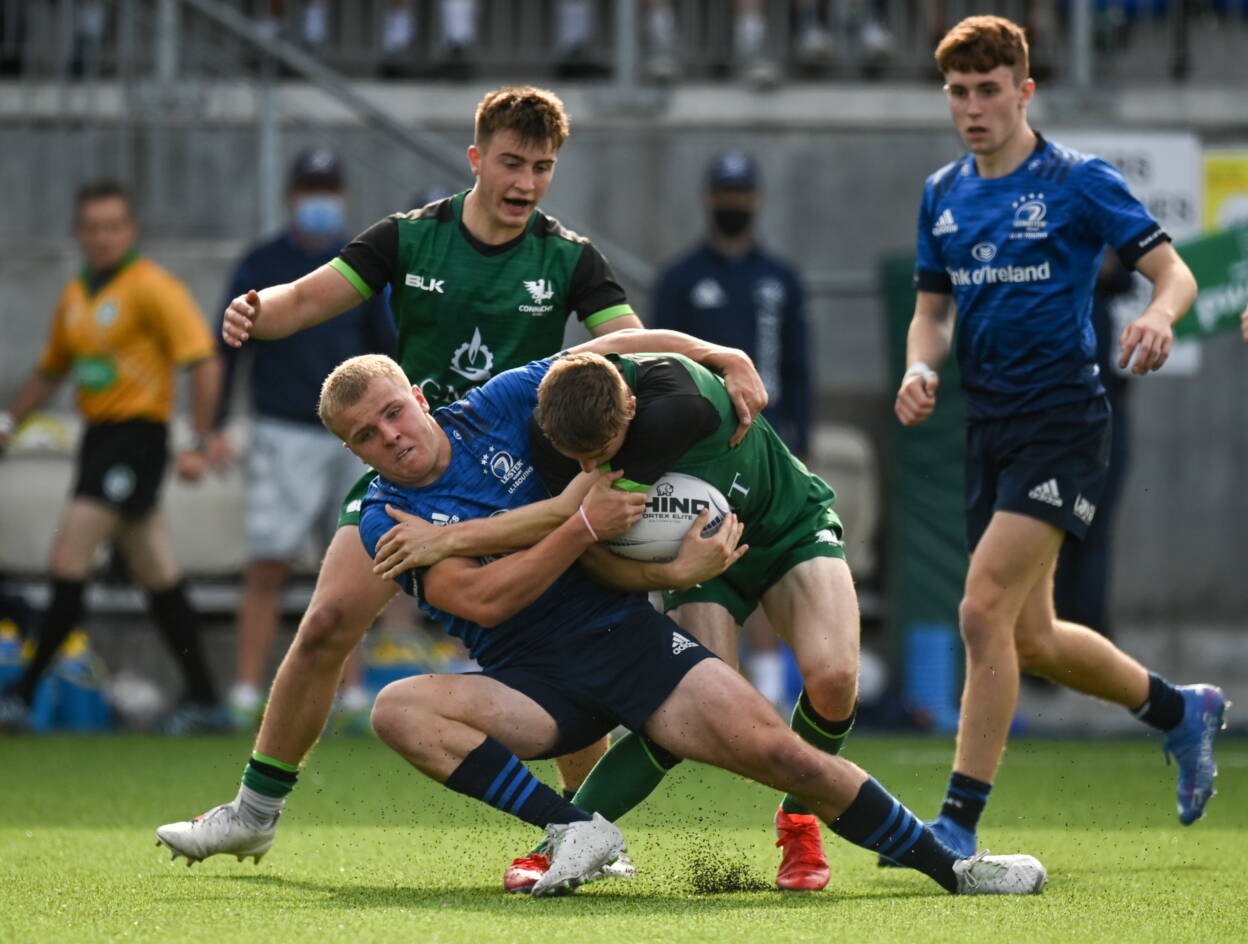 Leinster number 8 Grant Palmer was able to break down the short side before a pick-and-drive played in loosehead Oisin Lynch for try number two. The left hand post denied Larke from the tee.

Fox provided the inspiration for Connacht in response, the Galway Corinthians centre cutting through midfield from halfway and swerving outside the final defender for a superb 17th-minute try.

However, Leinster quickly hit back on the 20-minute mark to make it 17-5. Charlie Sheridan sped into space on the left, drawing in defenders and putting full-back David Donohue through to reach out for the line. 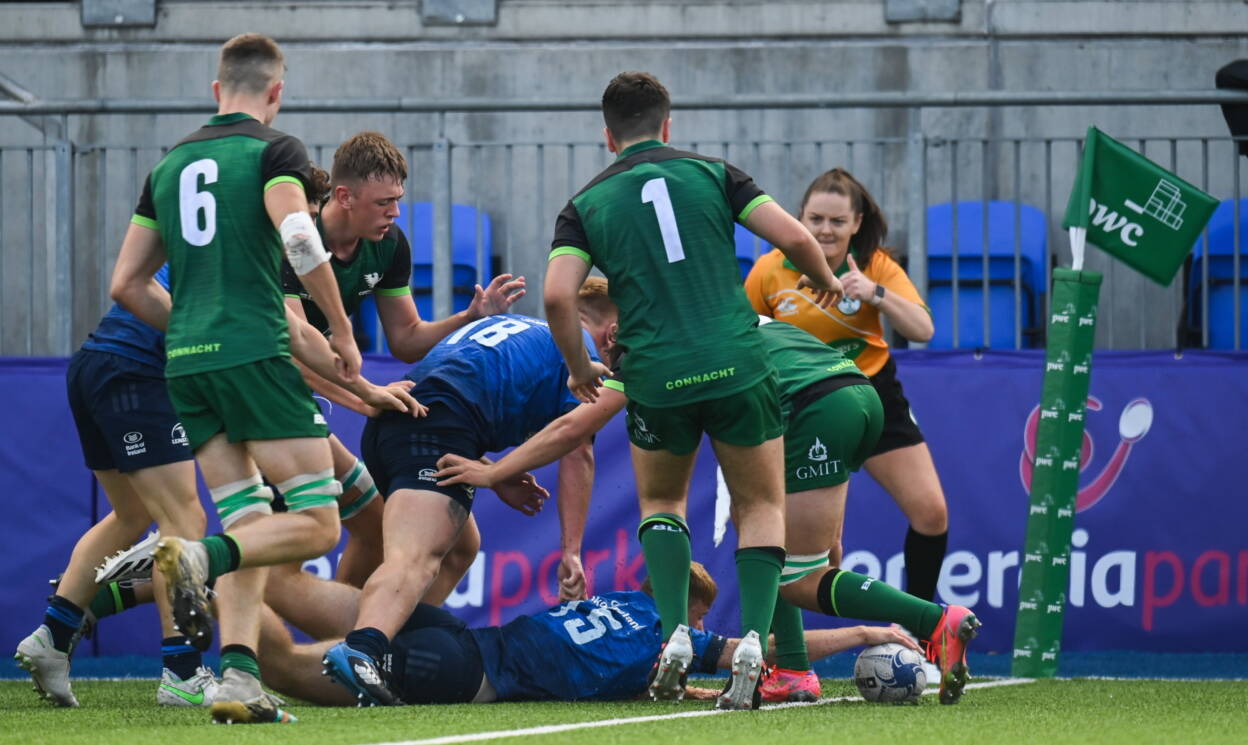 Connacht tried hard to cancel out that score, with the pacy Cody Farrell threatening on the counter and prop John Hughes also going for an outside break.

Larke dangled a kick through as Leinster hunted down their bonus point score, yet Westport’s Cormac Lyons covered it well to deny the inrushing Aidan Henry.

Into the second period, Connacht continued to try to reel the hosts in. Fox missed out on a second try due to a forward pass and he also went close from a barrelling run.

Just when it looked like they would go unrewarded, lock Conor Ryan had just enough momentum to make the line in the 42nd minute.

Again though, Leinster were able to conjure up a swift reply. Some nice interplay between Larke and Donohue sparked a slick run of passes, and Niklas Moelders was the link man for Farrell’s run-in at the left corner.

Old Wesley out-half Larke coolly converted from out wide, putting 14 points between the side with 48 minutes on the clock.

A tumbling kick from Farrell put Connacht inside the 22. Alistair Hill punched it up and fellow replacement Hopkins crashed over for Charlie Naughton’s conversion to make it a seven-point game.

However, Naas’ Charlie Sheridan managed to snare Cathal Kelly in the back-field and Leinster finished the game with front-foot defence to seal their second success of the tournament. 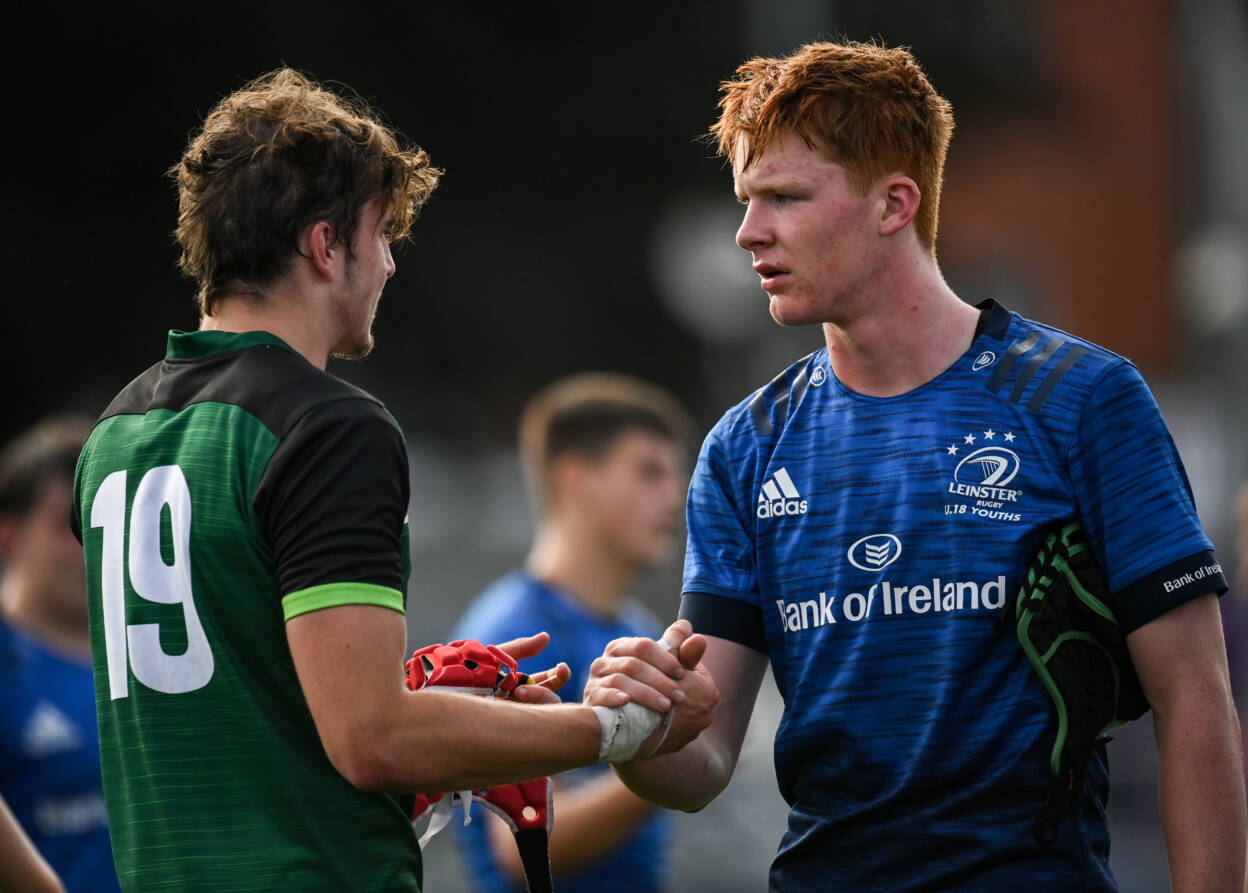