Following the frustration of watching on from the sidelines in the past couple of weeks, James Humphreys is thrilled to be back in the team for the Ireland Under-20s’ fourth round match against Italy.

After sustaining a facial injury during their U-20 Six Nations opener against Scotland on Saturday, June 19, the Queen’s University and Ulster out-half was replaced.

He subsequently missed out on the games against Wales and England, but has now returned to the starting line-up as the Ireland U-20s (sponsored by PwC) aim to bounce back from their 24-15 defeat to the English.

Speaking from Cardiff, Humphreys said: “It wasn’t ideal, it wasn’t how I thought my first game would have gone, but I’m just lucky that there’s such good doctors and medical experts here. Fully ready to go again and excited for the opportunity.”

While his time on the pitch against Scotland was ultimately brief – 28 minutes in all – Humphreys was still able to glean a positive from the experience. After all, it was his U-20 international debut and the final result did go Ireland’s way.

It was pretty short-lived to be honest, but I really enjoyed it. Standing for the anthem and everything is something you’ve looked forward to for a long time.

“Getting that opportunity was great, and then 30 minutes into the game I unfortunately had to come off, but I loved every second of it and really excited to go again this week.”

Alongside him at half-back for today’s 2pm kick-off in Cardiff will be his provincial colleague Nathan Doak, who chipped in with a terrific tally of 20 points in Ireland’s second round win over host nation Wales. 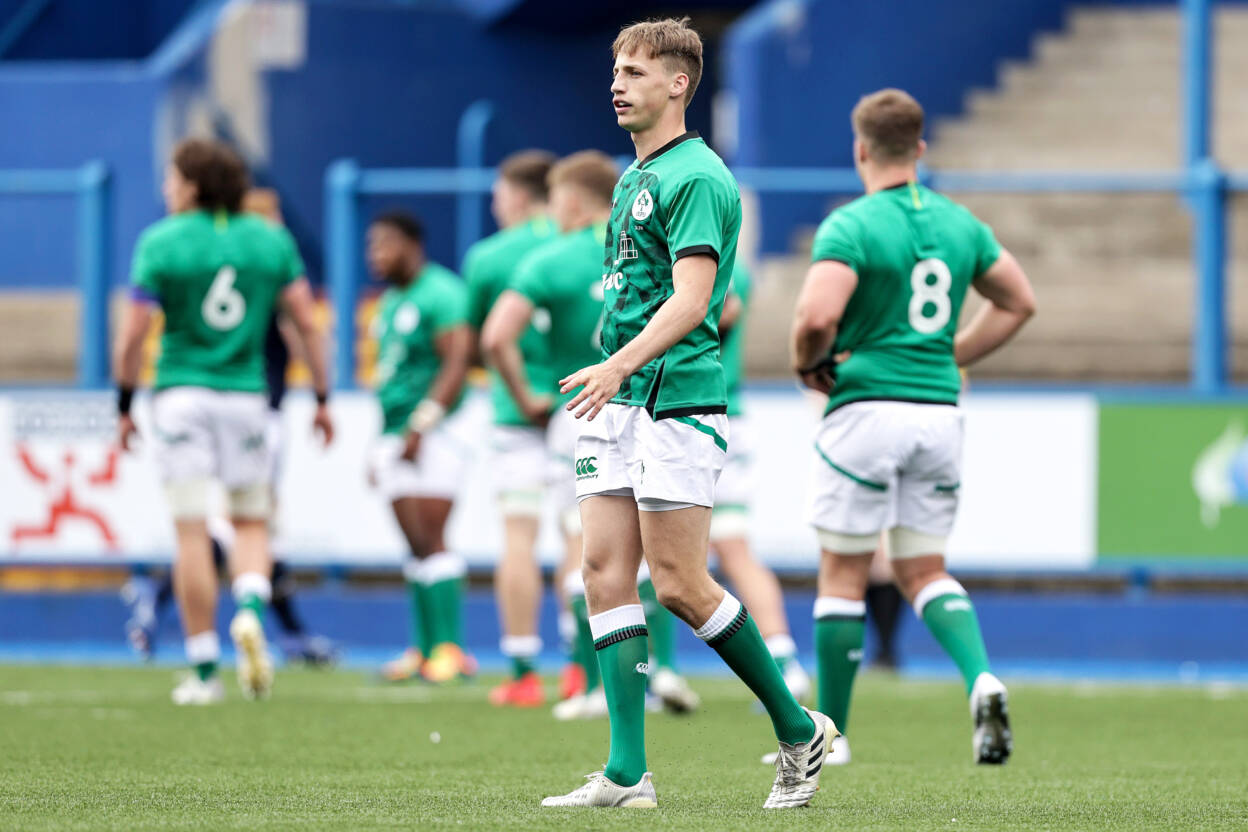 It will be their first time to play together in the Championship – another Ulster man, Conor McKee, was the starting scrum half for the Scotland game – but there is already an established relationship between the two.

“Nathan has been going brilliantly, he’s a great player to play with,” admitted Humphreys, who turned 20 in April.

“He makes everyone around him feel very comfortable and takes the stress off everyone else a little bit as well. He enjoys the big moments, so this sort of stage is perfect for him. He’s really, really thrived in it.”

Of course, Doak and Humphreys are following in the footsteps of their own fathers (Neil and David respectively), who both lined out in the number 9 and 10 jerseys for Ulster in the past.

Rather than seeking to emulate his father, the younger Humphreys has been trying to carve out his own reputation. Luckily, the 1999 Heineken Cup winner has been very supportive of his son – outside of the sport as well as in it.

“He has been great. He’s very good in the sense that not everything is about rugby. It’s what a dad is for really.

“Things that don’t happen on the rugby field, that’s what he’s there for. He has been great. Any bits of advice, I love taking it from him. Again, he lets me try and play my own game and do my own things.” 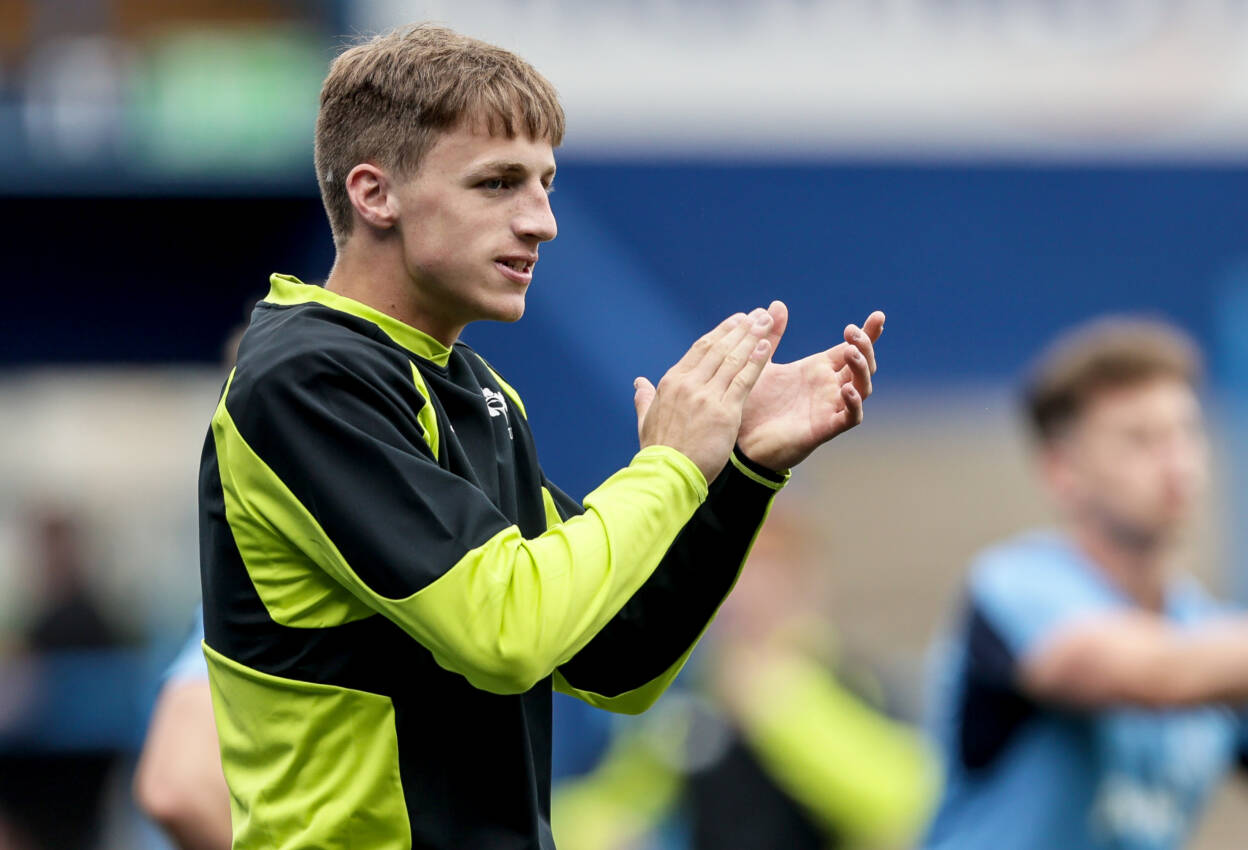 On a similar level, Richie Murphy has helped Humphreys in a way that goes beyond his main role as head coach of the Ireland U-20s.

“Richie has been great. He’s been great as well in a rugby sense, he’s brought my game on a lot.

“Also then off the field, he’s very good at making us all feel welcome and comfortable in a bubble here. It has been great in that sense that we’ve had both on and off the field with him.”

Although losing to England was a setback, a victory against Italy could keep Ireland’S Six Nations title hopes alive heading into next week’s final round encounter with France.

Instead of reflecting too deeply on what went wrong against the English, the main priority for the Ireland squad is to counteract the threats posed by an Azzurrini side that defeated Scotland 43-3 the last day.

“We’re just taking it a game at a time. All our focus this week has been on Italy. We know how dangerous they are and how good they can be,” added Humphreys.

We’ve got a solid game-plan in place now. We’ve got to go and execute. They scored lots of points against Scotland so we know how dangerous they can be.

“They’ve got a good nine and 10 who have good options outside that with wingers and full-back. If we can perform our game-plan, we should be fine, but we know how dangerous they are.”