The England Under-20s made the most of their size advantage up front to emerge as deserving 24-15 winners over a tenacious Ireland side in Cardiff.

It was a frustrating night for the Ireland U-20s (sponsored by PwC) as a high penalty count, combined with injuries, costly errors and two yellow cards, took its toll.

This top of the table clash was delicately poised at half-time, England leading 7-0 thanks to Nahum Merigan’s 16th-minute maul try and Ireland defending doggedly without a sin-binned Chris Cosgrave.

Nathan Doak boosted the reigning U-20 Six Nations champions with a 43rd minute penalty, only for Ewan Richards – part of an impressive English back row – to snap back with a brace of tries. 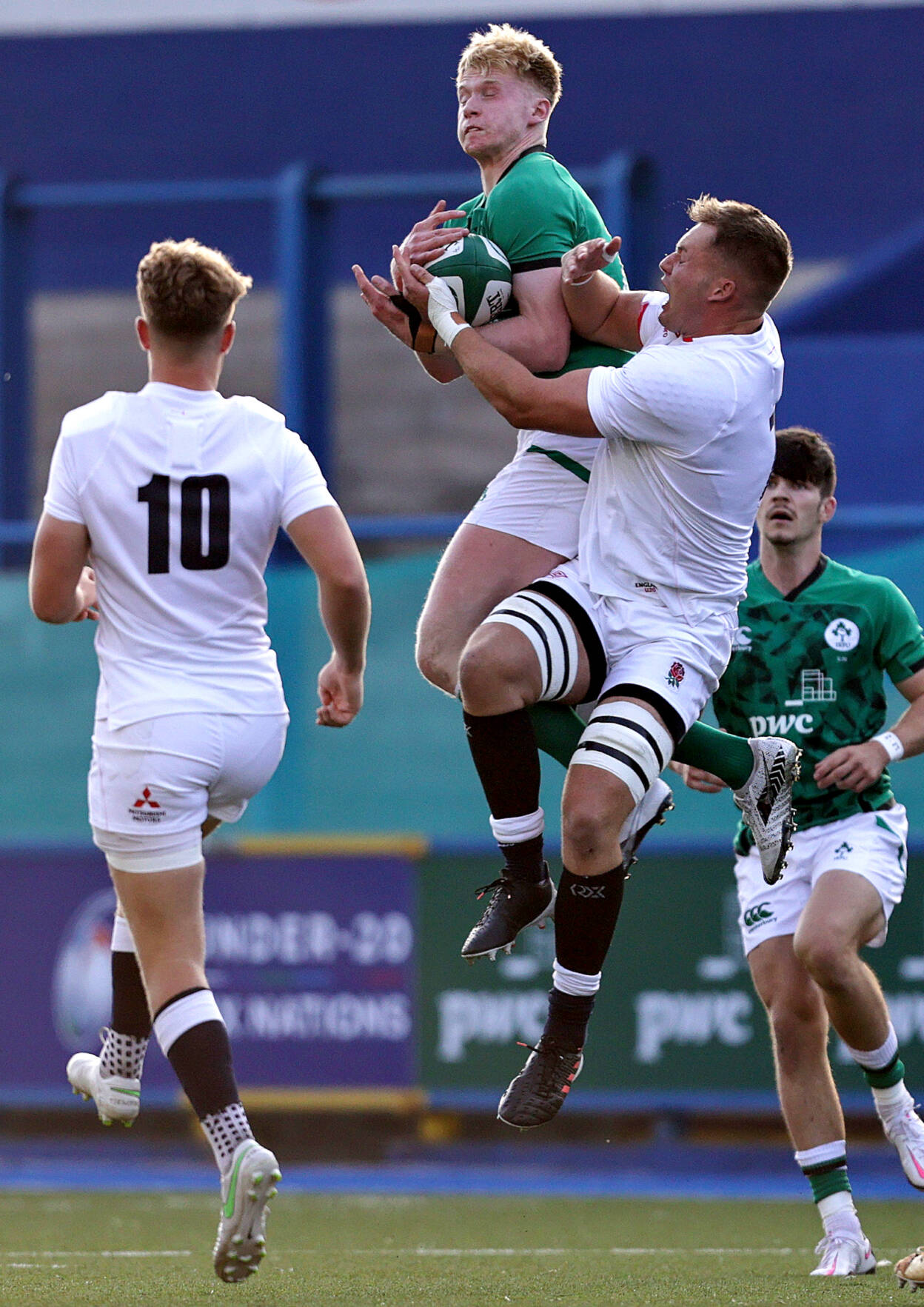 Now 17-3 in arrears, Ireland took advantage of a Merigan yellow to drive Alex Soroka over in brilliant fashion. But again, England had the answers, hooker Sam Riley bagging the bonus point from a well-executed maul.

Taking over the kicking duties, Cathal Forde unfortunately missed the conversion and also drop-kicked a last-minute penalty wide as Ireland missed out on a losing bonus point. 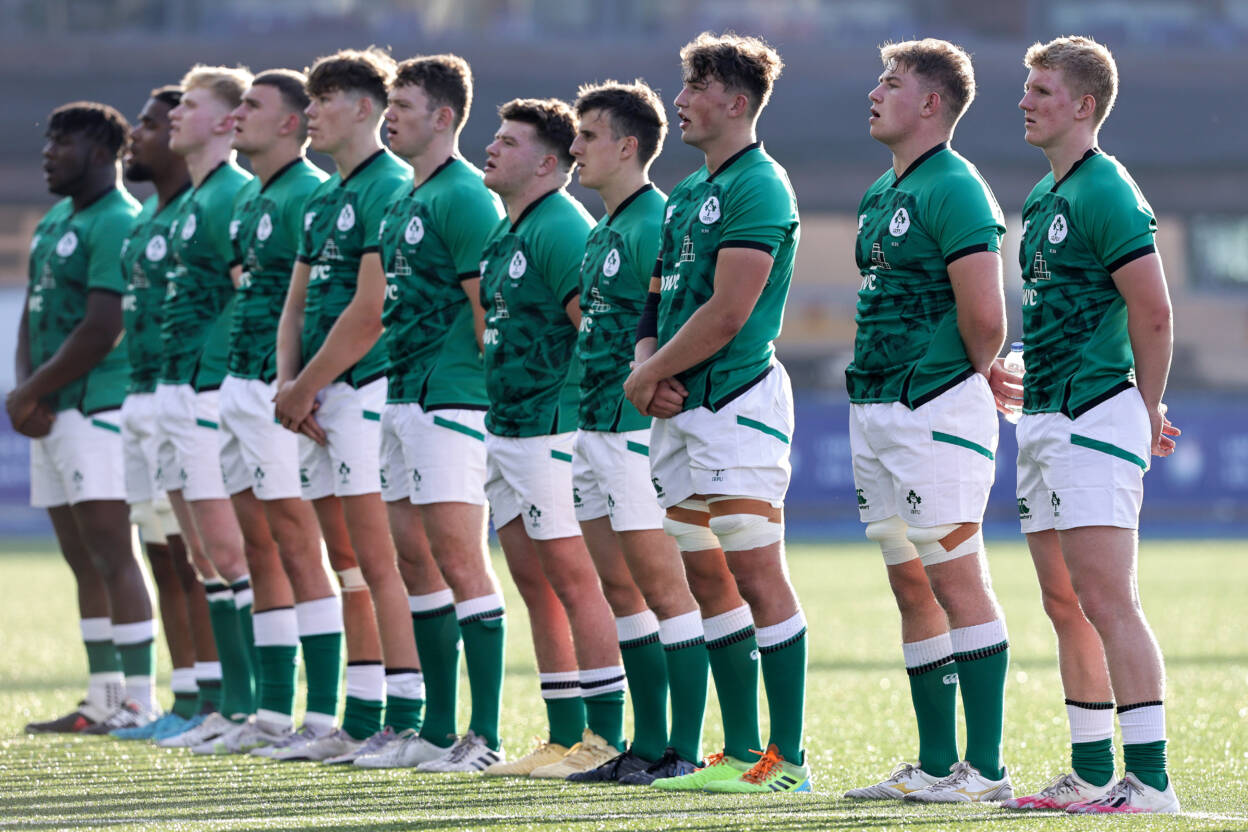 In sunny conditions at the Arms Park, Doak was narrowly wide with an early 47-metre penalty attempt. Cosgrave also threatened on a couple of occasions, the second one from a bouncing Doak kick.

There was some edgy play from both teams during a cagey opening, with a mistimed Irish lineout robbing them of a promising 11th-minute attacking platform.

The breakthrough came towards the end of the first quarter, England’s muscular maul causing problems on two occasions. Number 8 Merigan sheared off for a well-taken score, converted from out wide by Fin Smith.

A McCormack and Kendellen-inspired break made very good yardage for Ireland, but a crucial tackle and turnover penalty from flanker Richards saw England hold firm.

England’s strong set-piece soon had them pressing for a second score in the 27th minute, yet tireless openside McCormack came through the middle of a lineout drive to force turnover ball. 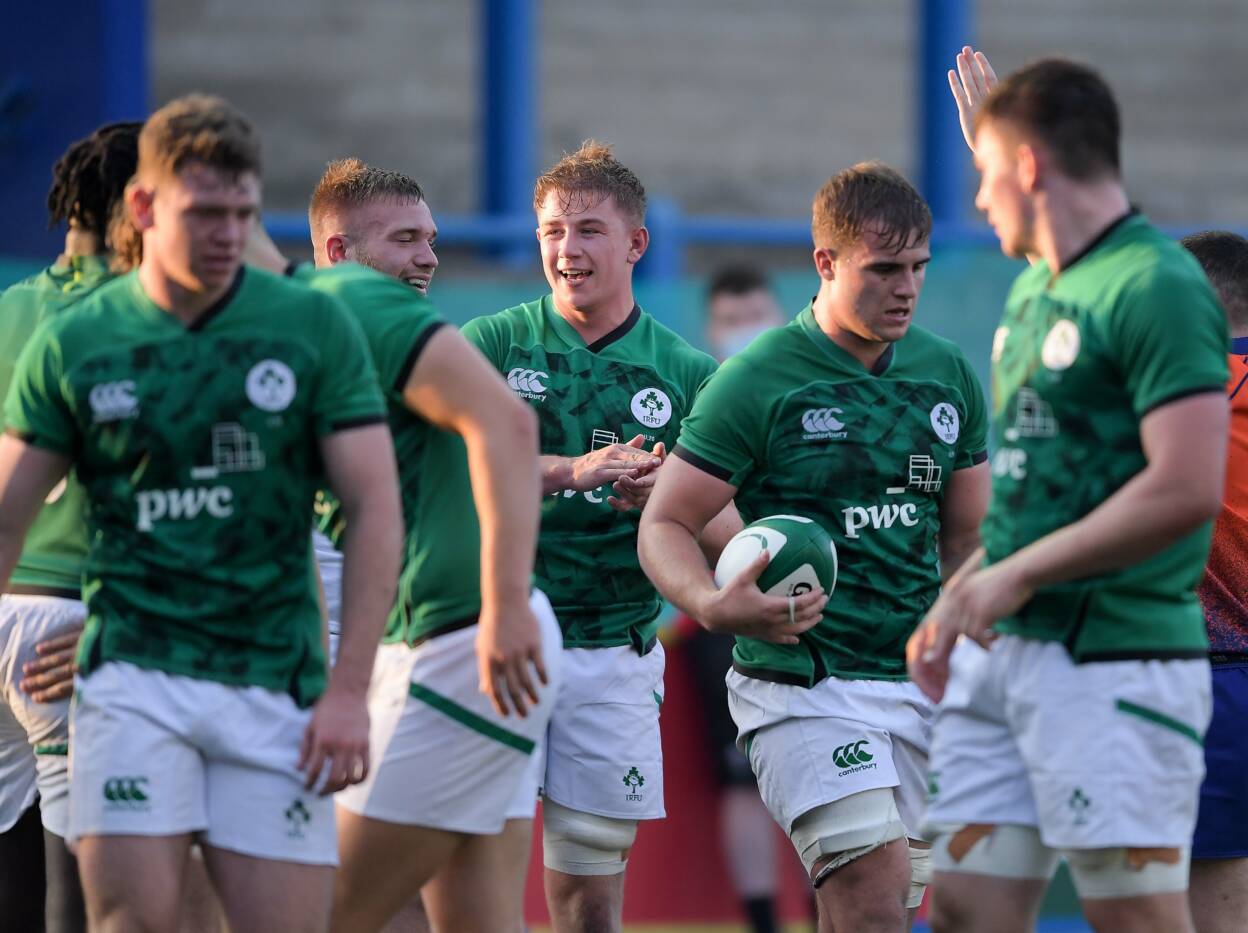 Ireland’s backs worked a nice set move, but centre Forde was unable to release the supporting Jamie Osborne. England continued to win the collisions – led by player-of-the-match Jack Clement – and have the better of the breakdown.

There were further setbacks for the table toppers when they were pushed back for the concession of a scrum penalty, and then Cosgrave saw yellow for repeated offsides in his own 22.

It took some gritty Irish defence to keep England out – a relieving penalty was awarded for a truck-and-trailer infringement – before a hard slog of a first half came to a close. 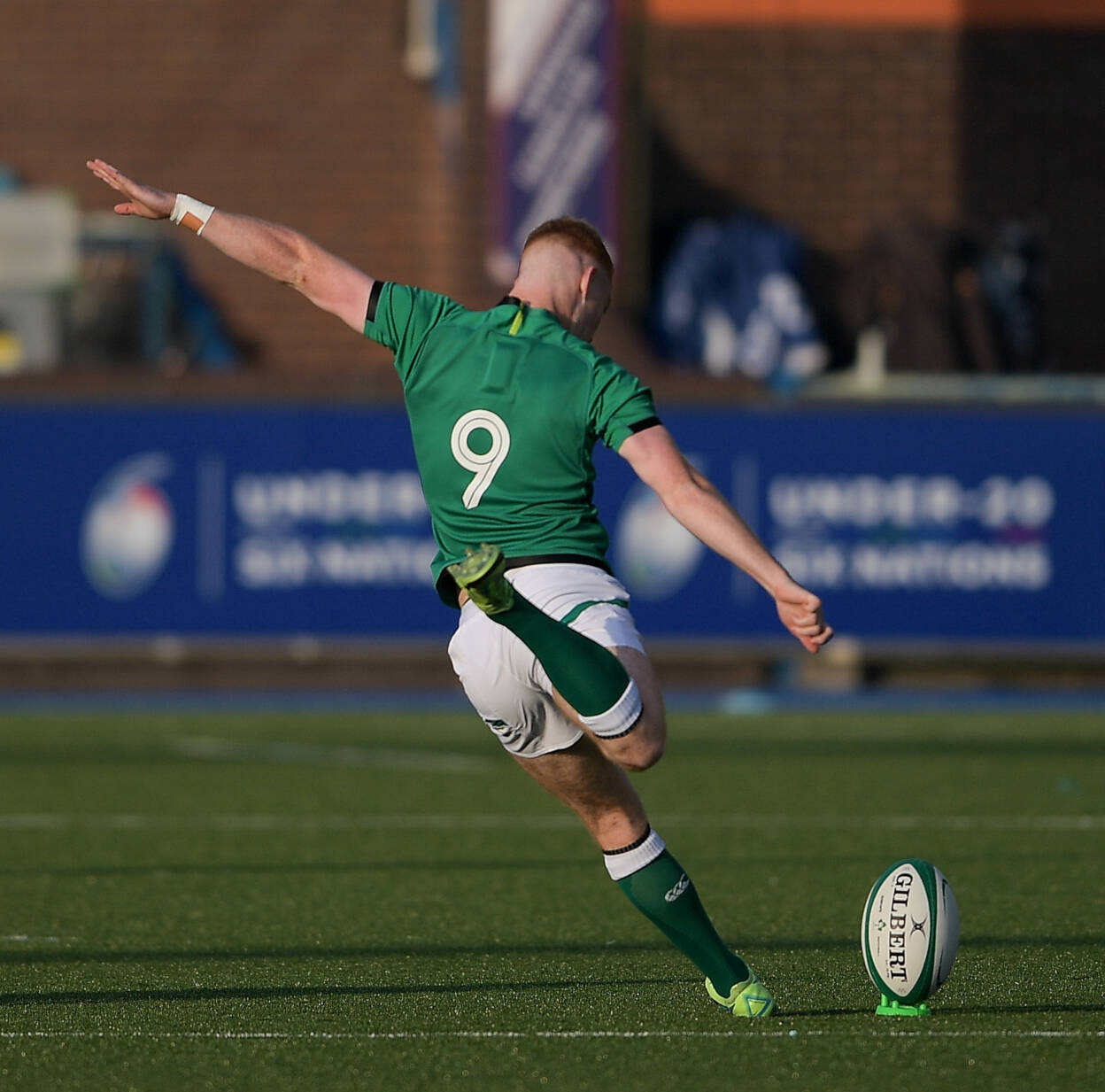 Ireland were the authors of their own downfall at times, though, as a vital Kendellen-won penalty was followed by a missed touchfinder from Doak which led indirectly to England’s second try.

Some crisp passing and evasive running opened up the Irish defence, and exposing the absence of Cosgrave out wide, Richards was able to crash over for an unconverted effort, making it 12-3.

England extended their lead by a further five points approaching the hour mark, Richards seizing upon a misplaced Cosgrave pass that had gone loose and he kicked through to score.

The momentum briefly swung the other way when Merigan was binned for a high tackle on Kendellen, which forced the Ireland skipper off permanently.

His team-mates responded with a thunderous lineout drive from just inside the English 22-metre line. Donnacha Byrne and replacement Jack Boyle led it over the line, lock Soroka getting the touchdown. 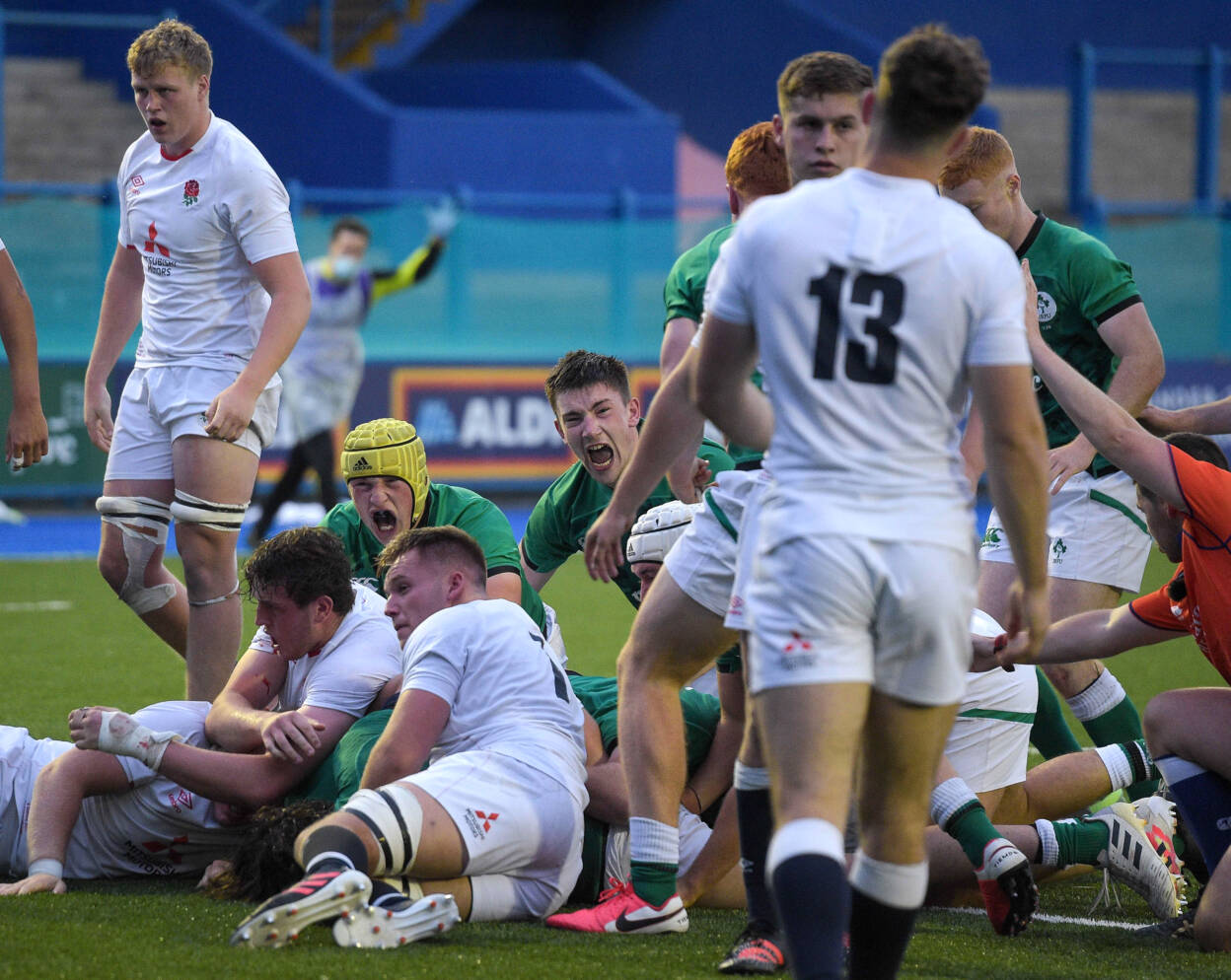 Doak’s conversion brought it back to a seven-point game, before England used their greater grunt to telling effect. A penalty got them in range and Riley proved unstoppable, picking up his fourth try of the Championship.

Smith’s conversion made it 24-10, but Ireland’s resilience and a fired-up bench ensured they fought to the bitter end, the bonus point just eluding them.

After England began to leak penalties, Ireland pressed via a maul before Forde carried well and Osborne was stopped short of the line. There was no denying de Buitléar from a few metres out, with Sam Illo on the latch.

There was no late reward, however, as Forde’s conversion fell outside of the left hand post. The same player stuck a hurried penalty wide as Ireland desperately fought against the clock.

Tempers flared past the 80-minute mark as replacement Daniel Okeke got involved in an off-the-ball scuffle and was binned.

Beaten but unbowed, Ireland return to the Arms Park to play Italy next Wednesday (kick-off 2pm). England now lead the table by five points, ahead of their closing games against Wales and Italy. 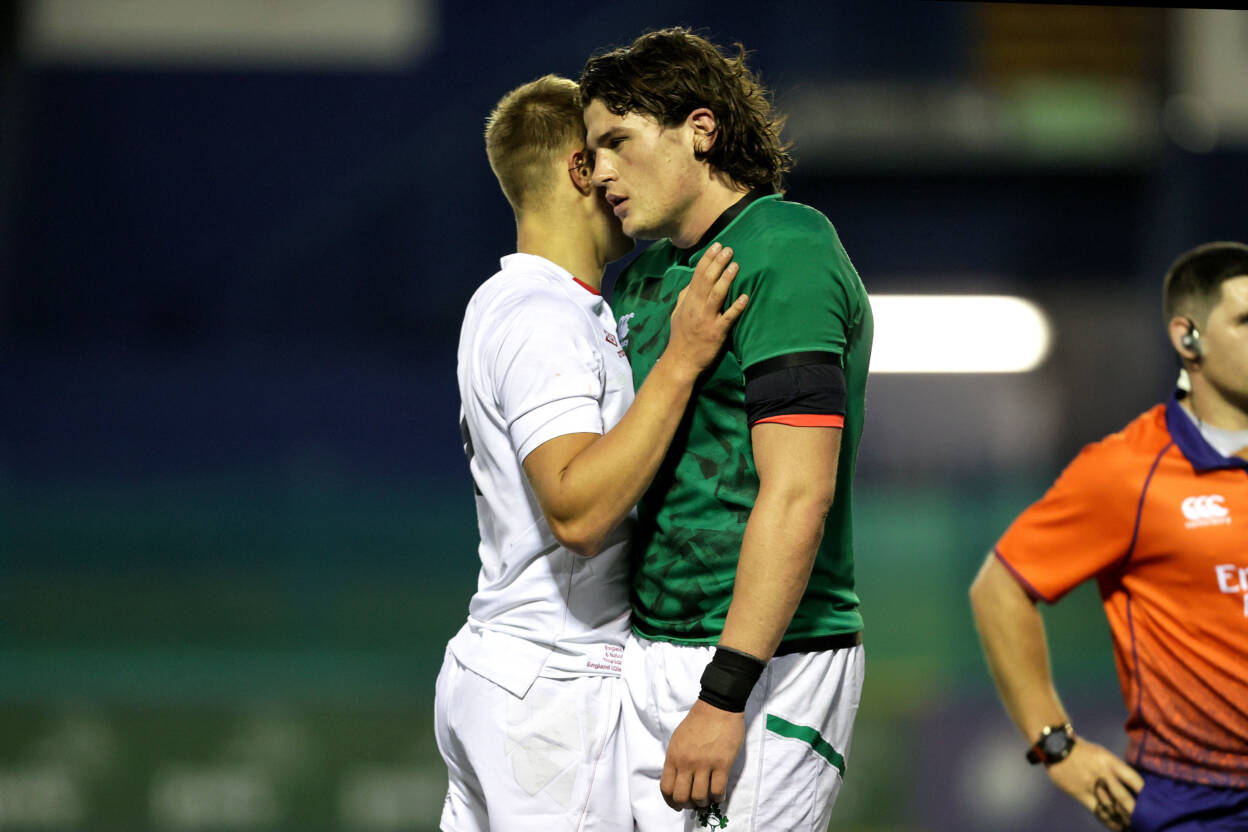