Ireland Under-20 head coach Richie Murphy has said it was always his intention to make changes for today’s clash with Italy, regardless of how the U-20 Six Nations had gone for his side up to this point.

Following their 24-15 defeat to England at Cardiff Arms Park, Murphy has made nine alterations to his starting XV for their penultimate round showdown with the Azzurrini.

Considering how energy-sapping their campaign has been to date, the Wicklow man felt it was necessary to give some of the fresher members of the squad an opportunity to impress.

Speaking about his team selection for the 2pm kick-off, Murphy said: “A lot of those guys have played three games in 12 days, so four games in 18 days is pretty tough going for anyone.

“The other thing is that we have a squad of players here that are all very capable of playing at this level. The opportunity has arisen for those guys and some of them were very disappointed not to be in the starting team over the first couple of weeks.

“They get their opportunity this week and we’ll see where it goes from there for that last game. The way we were coming into the tournament after playing just two games, we felt early on continuity was going to be important to give us a lead-in to try and get ourselves established in the competition.

“That’s what had driven us into those first three games. There was always a case that we were going to make changes in this one.”

While the presence of six starters from the England game should help those who are being introduced – or reintroduced in some cases, there is a sense of familiarity amongst the newcomers to the side.

We still managed to keep some good combinations together. Two centres, (Ben) Carson and Jude Postlethwaite obviously play together in Ulster.

“(James) Humphreys and (Nathan) Doak are obviously a good combination there as well. The boys up front have built combinations over the last while.

“Although there’s plenty of changes, I would still expect that the cohesion within the team should still be there because over the last number of weeks those guys have been training together and probably against the other team in many ways.”

In particular, the return of out-half Humphreys for the Ireland U-20s (sponsored by PwC) is a welcome sight after he was sidelined by a facial injury from the first round victory over Scotland.

“James is a very good player, an intelligent rugby player,” Murphy said of Humphreys. “Thinks about the game, understands how we’re trying to play. He makes the team feel comfortable with his decision making.

“Unfortunately he hasn’t had a great run for us at the moment, but we’re hoping that this will be the end of his injury worries and he’s able to take it on from there.” 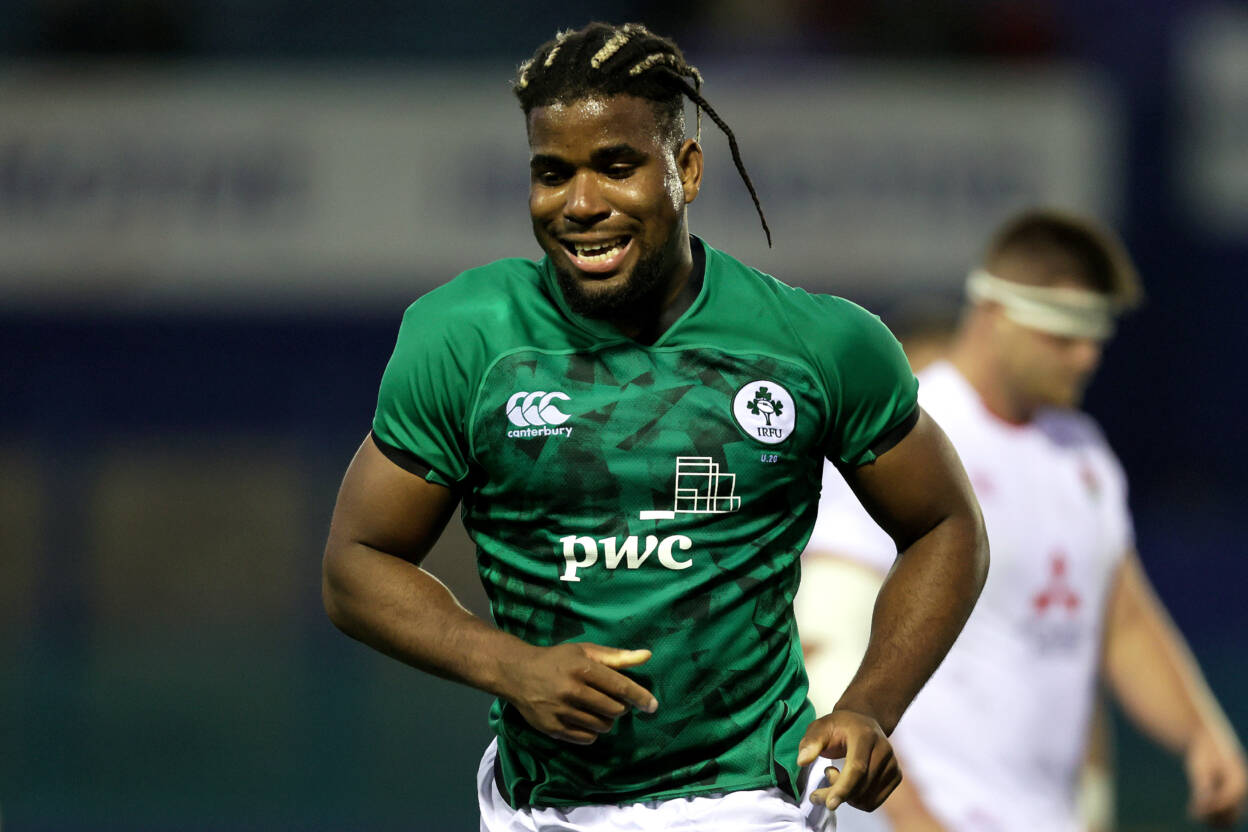 Having impressed off the bench in the Wales and England matches (scoring a try against the former), Shannon’s Daniel Okeke is offered his chance at number 8 this afternoon.

He joins captain Alex Kendellen, who takes up a new role at openside, and the versatile Alex Soroka in a powerful back row combination.

While acknowledging he is still developing his game, Murphy believes Okeke has all the attributes needed to make an impact from the start.

Daniel, he’s a serious athlete. He runs 100 metres in less than 12 seconds. He’s obviously extremely powerful, 113 kilos. He has a lot to learn in and around the game.

“How to position himself, how to get himself into the game. When he gets his hand on the ball, that’s when you see the dynamic athlete that he is.

“We’ll be looking forward to seeing him coming off the back of the scrum with Alex (Kendellen) obviously moving to 7.

“It gives us a very dynamic duo in that back row with Alekseiy Soroka giving us that lineout option there as well. The balance of that looks pretty good. They’ve trained well, so we’ll look forward to seeing them.

“We’ve given him (Okeke) a few good targets for this week. He’s very focused on the job he’s had to do. In the last few weeks we feel like he’s come a long way.

“He’s taken the responsibility and the information that he has been given by the coaches, and he’s tried to apply that. We’re happy with what we’ve seen so it’s a great opportunity for him to start the game.” 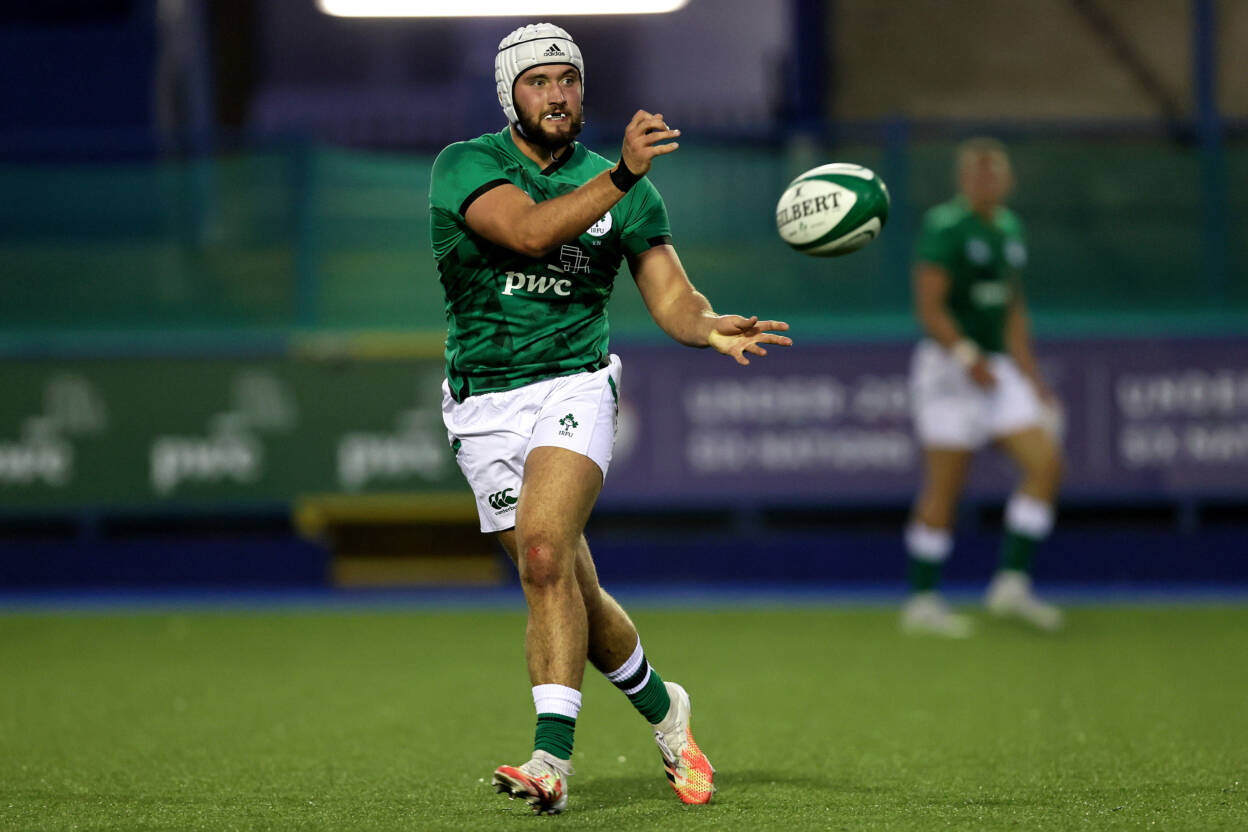 The Italy U-20s may have had to wait until the third round for their first triumph of the 2021 tournament, but it proved to be quite a statement.

Having fought admirably in losses to Wales (25-8) and France (13-11), the Italians turned on the style to run out 43-3 bonus point winners over Scotland last Thursday.

The Italian youngsters scored six tries on the day and Murphy has taken note of the strong combination of physicality and flair that Massimo Brunello’s charges possess.

“Obviously last week, scoring 43 points against anybody at this level is extremely good. They’ve got two very good wingers. They’ve a real offloading threat all the way through their team.

“They’re playing a very expansive offloading game, but they still have the strengths of Italian rugby around the scrum, which will be a test for us.

“They’ve definitely shown up quite well and we’re going to have to be on our game obviously to be able to deal with that.

“We’ve definitely had a good look at Italy, but we’re very much concentrating on getting back to what we believe our standards are and try to drive that into the Italian game,” he added.