While the Covid-19 pandemic has been difficult in so many ways, the change in how we conduct our daily lives has also opened up some interesting opportunities for people.

This is something Ireland Under-20 lock Harry Sheridan discovered when his course in Trinity College switched to online learning due to Covid restrictions.

If he had been located in the south, he would have been largely dependent on training and matches with Energia All-Ireland League club Dublin University.

Instead, he was able to remain in his native Ulster where he is a member of their sub-Academy. He has lined out for Ulster ‘A’ on a number of occasions.

Having a constant presence up north ensured he caught the attention of the Ireland Under-20 coaches and he was subsequently brought into the squad for this year’s U-20 Six Nations Championship.

Speaking from the team’s current base in Cardiff, Sheridan explained: “At the start of the academic year last year, I moved down to Trinity and began my course. I’ve been doing a course there online for the past year.

“I’m obviously off now, but I will start that again in September this year coming. I’m looking forward to that as well.

“I don’t think I actually would have been able to complete my degree first year and pass – thank God! – if it hadn’t been for Coronavirus.

“That made all the classes online and I was able to attend my training in the Kingspan bubble at the same time as being able to do my full-time degree.

“If I had been down there training in Dublin, I wouldn’t have gotten the opportunity to play for Ulster ‘A’ and then eventually where I am now, playing for Ireland. I’m absolutely glad that I’ve had that opportunity and it has been great.” 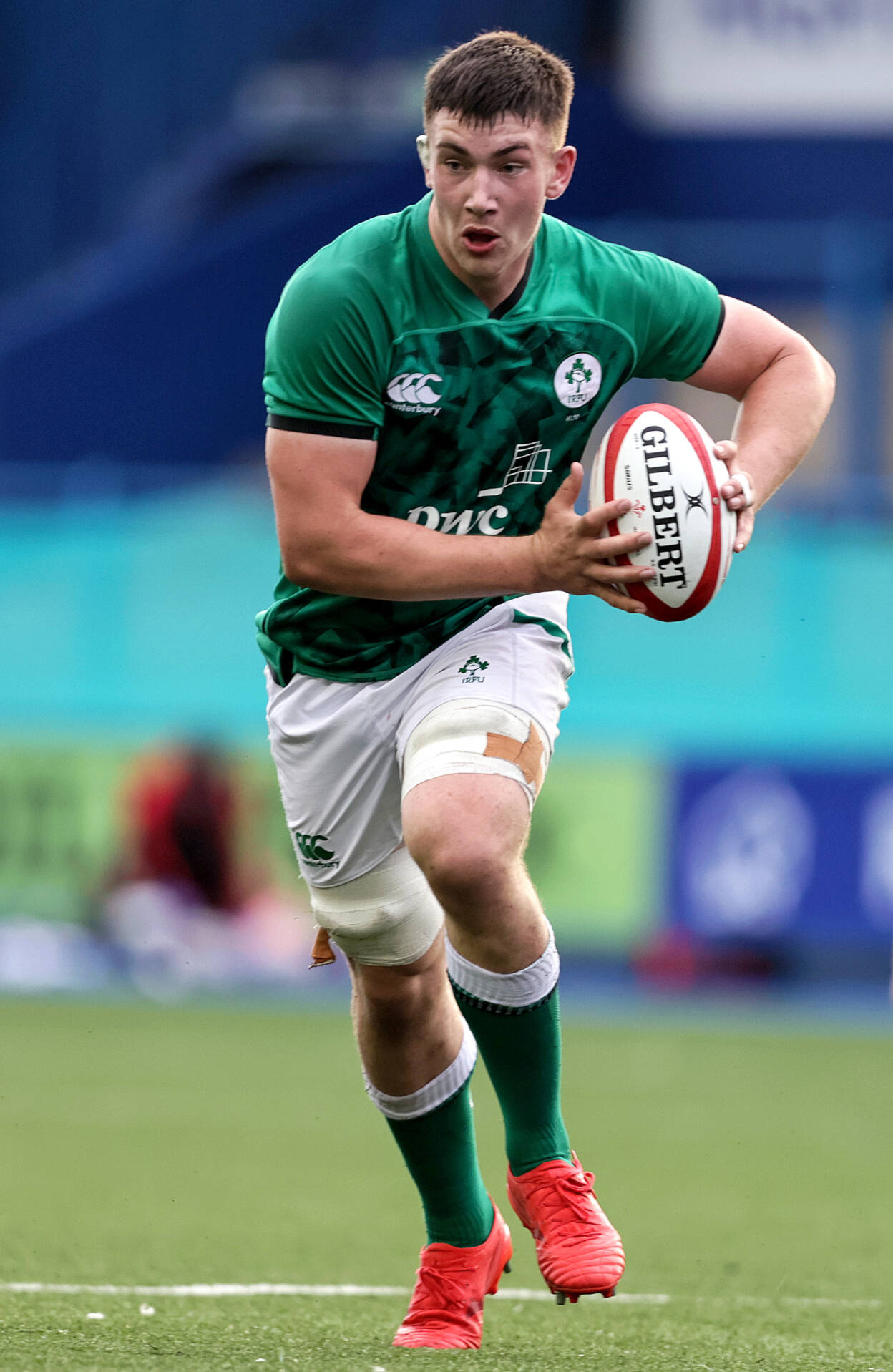 Additionally, the former Sullivan Upper School student has been exposed to senior team training in Ulster for several months, something the 19-year-old embraced with all his might.

Fortunately I was given that opportunity from about November onwards. I was asked to come in. I retreated from University seeing as it was online. I had been asked to come in and do bits and pieces.

“There were a few ‘A’ fixtures in there and I absolutely loved it. There’s a few lads hanging about there who have been (Ireland) Under-20s in recent years.

“Dave McCann, Callum Reid. They brought us on well, formed a connection between the younger lads and the older lads.

“For me as a sub-Academy player as well, it was massive just being able to be with the people who I’ve been watching all the way through growing up, playing with Ulster.”

Although the Ireland side to face Italy this afternoon at Cardiff Arms Park (kick-off 2pm) shows nine changes to the one that lost to England last Thursday, Sheridan is retained in the engine room for the fourth straight match.

Having partnered Mark Morrissey for the first round win over Scotland, he was then joined in the second row by the versatile Alex Soroka as Ireland made it two victories on the bounce against Wales.

With the latter reverting to the back row for today’s clash with the Azzurrini, Sheridan and Morrissey can rekindle their old combination.

Despite not being familiar with the UCD clubman until this year, the ample time they spent together in camp helped them to build a strong bond that has been carried forward onto the pitch.

“Mark, he’s an excellent lineout option,” noted the Holywood youngster. “You can throw him up in that lineout quite easily.  He’s a solid all-round player, he’s quite intelligent as well.

“I didn’t know him personally coming into the camps starting off, but we’ve been through eight of them together, me and him. We’ve really bonded well.

“I know him inside and out, and all his details in the lineout. We have those conversations every match, every training session, just trying to make each other better. He’s a solid player. I rated him very highly.” 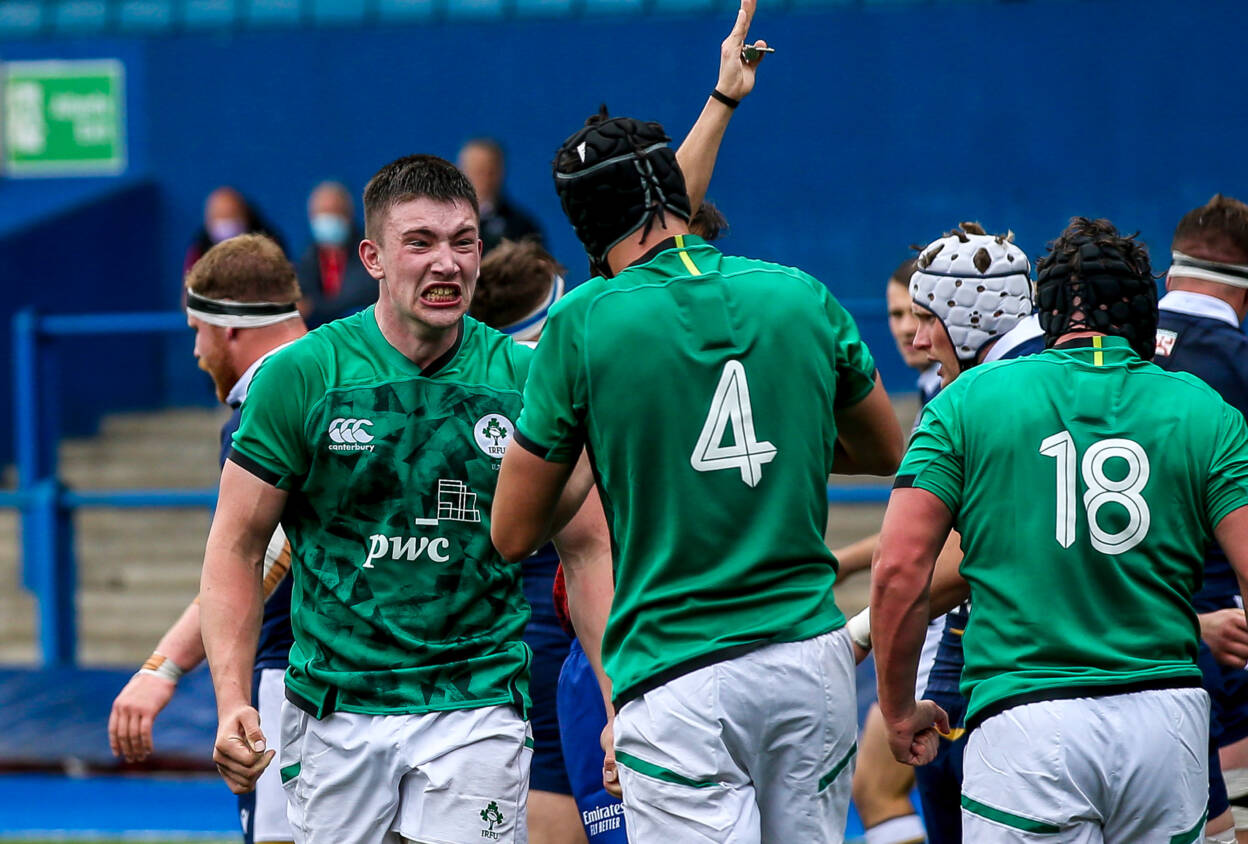 While there were positives to take from their 24-15 reversal to England the last day out, it was ultimately a disappointing result for Sheridan and his team-mates.

However, he and the rest of the squad are aware of where their performance fell down against their title rivals and Sheridan hopes it can be rectified for today’s fourth round tie.

“When we look back at the England maul, we deduced that we had given them so many ‘ins’ into the 22 for that discipline reason. That was probably the reason that we leaked so many tries,” he added.

If you give people that many shots, they’re going to land a few. The work that we’ve done with ‘Cullie’ (Tucker, our forwards coach) so far has been immense.

“I think we still had instances in that England game where we performed well in the maul. We drove them over from 20-odd metres for one of our tries. We’d definitely take some positives from that and the Italians are much the same.

“They’re going to be physical, a bit like England, and we just need to come at it. Learn from the bad bits and develop that, so we can get that weapon back in our game.”