In the wake of Ireland’s 39-31 Vodafone Summer Series win over Japan, head coach Andy Farrell said he was pleased with the control shown by his side during the second half.

Having seen the lead change hands on a number of occasions during the opening 40 minutes, Ireland nipped into a 19-17 lead thanks to Finlay Bealham’s try on the stroke of half-time.

The Brave Blossoms fired back on the resumption with a Siosaia Fifita try, before Ireland proceeded to outscore their opponents 20-7 across the remaining minutes.

The series opener was played in front of a 3,000-strong crowd as part of a test pilot programme for the safe return of supporters to outdoor sporting events.

Tries from player-of-the-match Josh van der Flier and Jacob Stockdale were crucial at this juncture, as was Joey Carbery’s brace of penalties down the final stretch.

Farrell admitted afterwards: “It was never going to be perfect and I think we saw certainly in the first half that Japan were Test match fit and up to speed more than us. Probably through the preparation that they’d had.

“The hit-out against the Sunwolves and then I’m sure a good review against the Lions, and the opportunities that they created against them, would have given them good confidence going into the game.

“I thought we were a bit rusty, certainly in the first half. We compounded negative errors on errors. It made the game difficult for us.

“It looked like they had their legs about them more than we did. In the second half it certainly wasn’t perfect, but how we controlled the game with our set piece and our field position and continued to go after Japan in that second half was the most pleasing thing.

“The hardest thing for any team that’s new and that’s coming together, is dealing with negativity within your own game. Especially when there’s a side like Japan that is so dangerous. 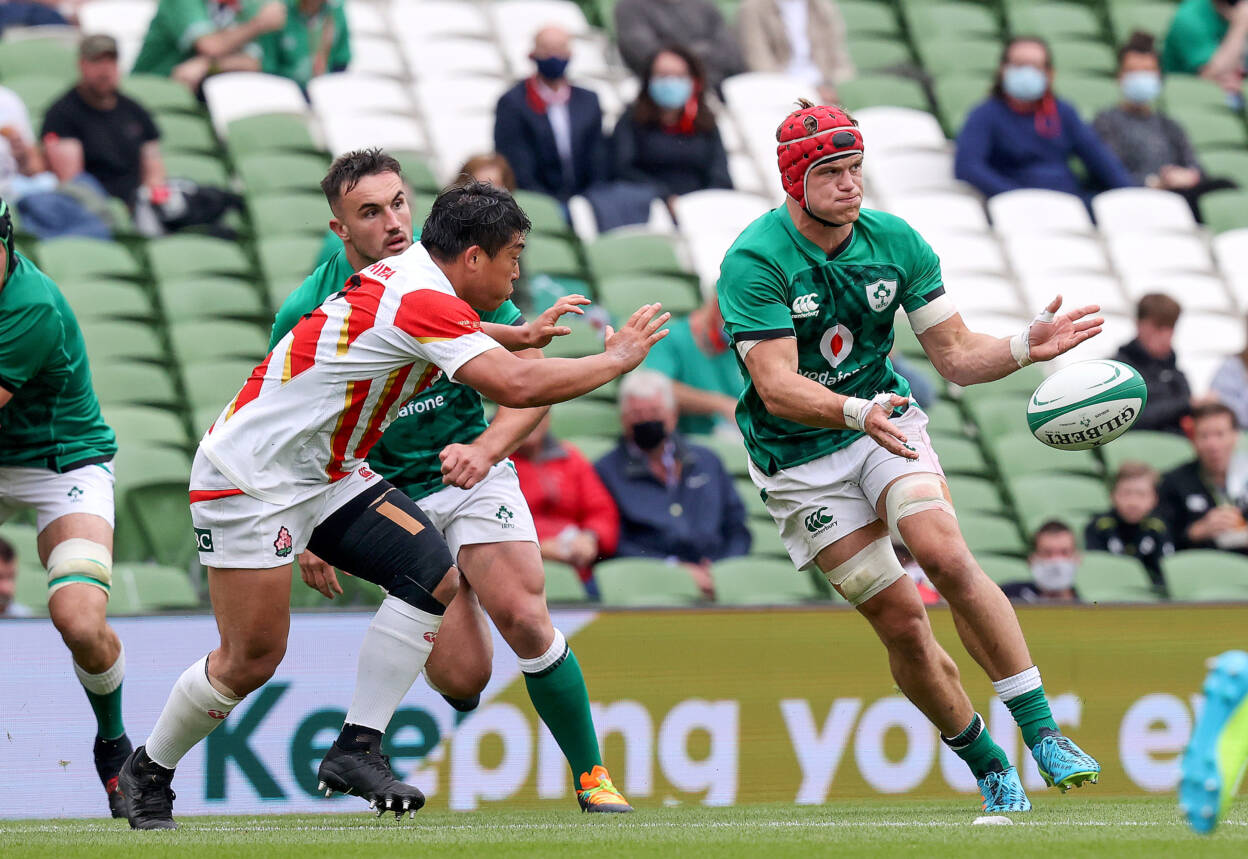 On the occasion of his 32nd international appearance, van der Flier delivered an all-action performance from openside flanker and capped it off with his third try for Ireland.

Incidentally, his maiden score came against Japan in 2017 and he also got on the scoresheet against Wales during the 2020 Guinness Six Nations – the last game Ireland played in front of paying spectators at the Aviva before this weekend.

Farrell was delighted to see the Wicklow man building on an impressive end to the season at provincial level and consequently lay down a marker for the 2021/22 campaign to come. He said:

I thought Josh was outstanding. It’s his carrying that has been at the forefront of his top performances of late for Leinster and obviously for us.

“He certainly carried unbelievably strongly again today, but some of the tackles that he was putting in and the energy that he had. He just kept going and going and going.

“Internally, we’d always back our own. We thought he was unlucky not to get involved last week with the Lions.

“But he knows there’s a window here to perform against a top class side in Japan, and he was always wanting to put his best showing out there so he’s still in the shop window.”

Saturday’s game also saw Joey Carbery and Jamison Gibson-Park linking up together for the first time as a half-back pairing on the international stage. 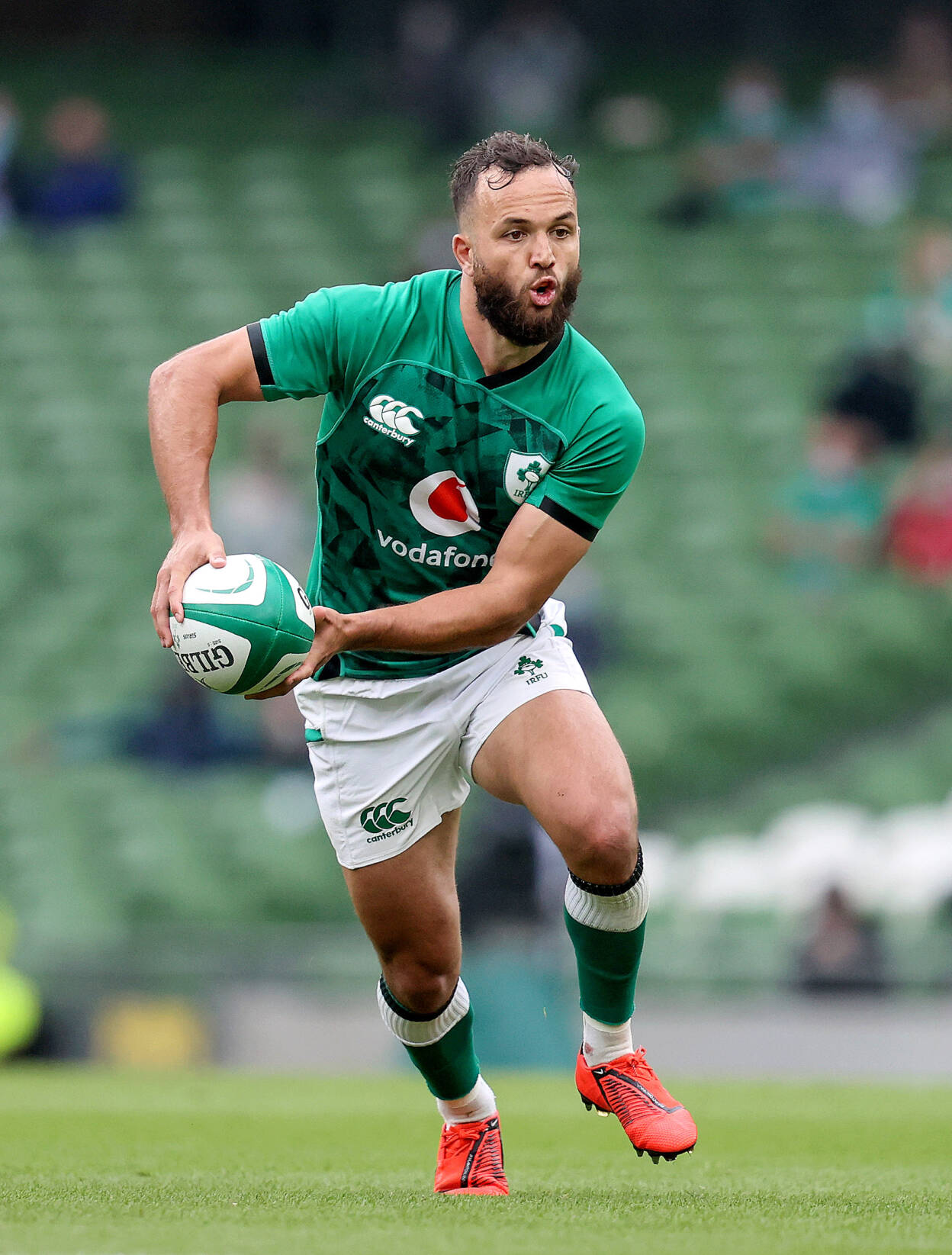 Of course the duo are not exactly strangers to each other, having played together for two seasons at Leinster. When it came to finally seeing off the challenge posed by Japan, Farrell felt the roles played by Carbery and Gibson-Park were instrumental.

“I thought they were great. I thought the control of the last 20 minutes, when we started sorting our exits out a little bit better, and our middle-third management, was great,” noted the Wigan native.

“That was one of the reasons why we kept on going after them in the second half. Certainly in the last 20 minutes defensively. They were a major part of that.”

This was the first meeting between the two nations since the pool stages of the 2019 Rugby World Cup, when Japan claimed a magnificent 19-12 triumph in Fukuroi. 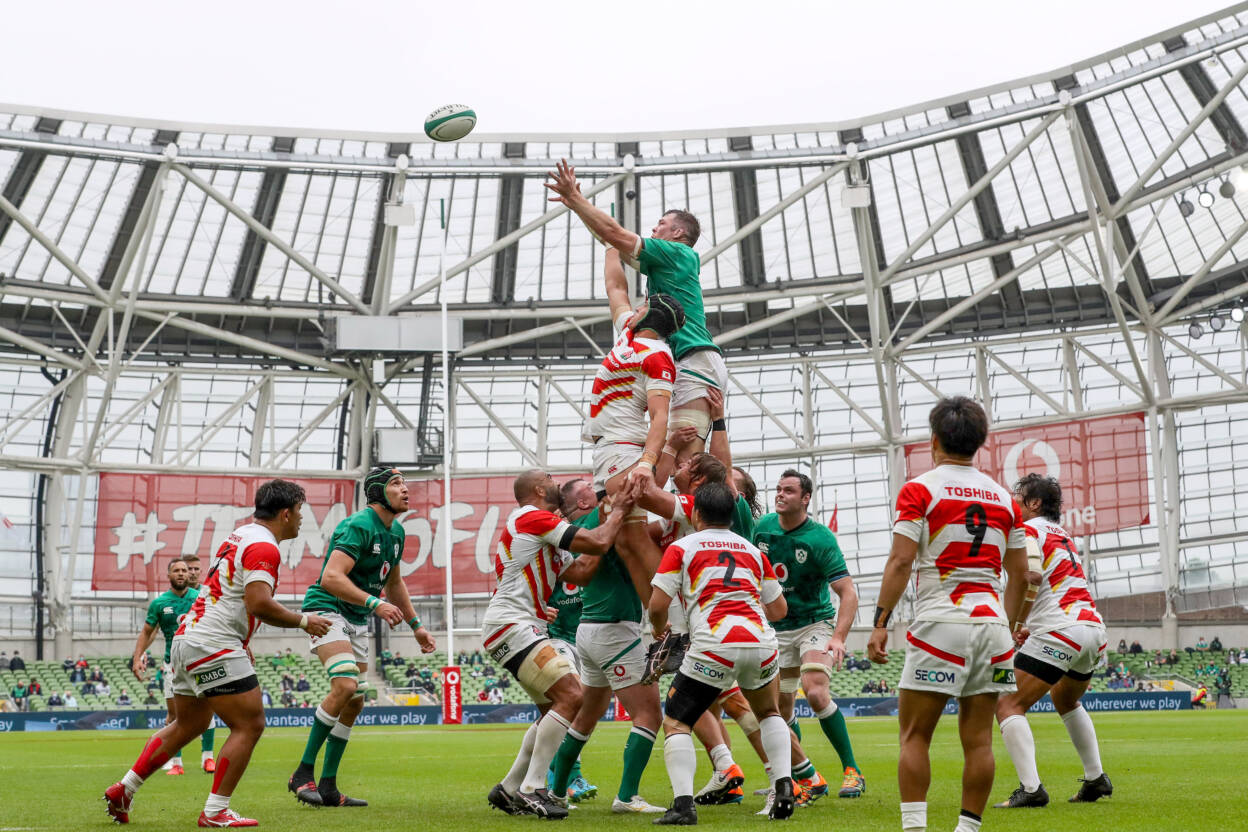 Farrell was assistant coach rather than the main man back then, but believes Japan were every bit as impressive in their latest showdown with Ireland. He added:

I think the brand of rugby is consistent with what they were playing in the World Cup. Obviously they’ve not played many games since then.

“Certainly over the last three games that we’ve seen them play, their game has come on even more so. They are unbelievably dynamic and hard to stop on the break.

“They’ve got some very dynamic, powerful and skilful athletes across the board. First half again, I thought they were more up to speed in the contact area than we were. Certainly as far as international football is concerned.

“In reality, they’ve not played that many games since the World Cup, but if they had I don’t think 10th place in the world rankings is a true reflection of where they’re at. They’re a good few positions higher than that.”