James Ryan captained Ireland for the third time, following on from last November's games against England and Georgia ©INPHO/Bryan Keane

On his return to international action, Ireland captain James Ryan was encouraged by the way his side came to terms with the difficult challenge posed by an attack-minded Japan.

In a high-scoring Vodafone Summer Series opener at the Aviva Stadium, it was the five-try hosts who emerged with the spoils on a final scoreline of 39-31.

It was a repeat of the 2019 Rugby World Cup pool encounter – a game Japan won 19-12 – and Ireland found themselves trailing the Brave Blossoms on four occasions.

Having edged back in front for half-time (19-17), Ireland showed the greater scoring power in the second half as tries from Josh van der Flier and Jacob Stockdale, coupled with two closing penalties from Joey Carbery, sealed a hard-fought victory.

Giving his reaction afterwards, Ryan said: “I think what we learnt is that Test match rugby is never perfect. I think it has been a really good couple of weeks for this group.

“I think everyone has bought into what we’re trying to do. The first half we were a bit shaky at times. They looked like they’d had a couple of games in them.

“We probably were a bit inaccurate, but the most pleasing thing is how well we regrouped at half-time. We had some great conversations and I thought we put in a really good second 40 minutes.

“I think what we learnt is just the importance of that calm piece, which is a big part of our game-plan. When things don’t go right, being able to turn the page and go again. We’re delighted with that.”

Ryan also elaborated on some of the conversations that were had in the Ireland dressing room and the kind of areas they needed to work on in order to develop a match-winning cushion on the scoreboard.

I thought our lineout drive was really good, when we went to it and when we were accurate. We said that if we got the opportunity in the second half we’d take them there.

“We looked to keep it in the forwards and have a crack at them with the drive. The other bit was just being a bit more accurate with our starter plays.

“We probably didn’t get the accuracy we would have liked in the first couple of phases in the first half. Second half was better. I think when we got the opportunity in their 22 to strike, we were much more clinical.

“They were the main messages really. We said, ‘if we get through this next 40 and come away with a result, it will be a great win for us’.

“It was a real test of our character because of the way Japan play and how tough of a game it is. We said the lineout drive, when we had an opportunity to have a crack there in the first half, it was a real strength for us.

“We looked at going to that more in the second half and really putting on the pressure there in the set piece.” 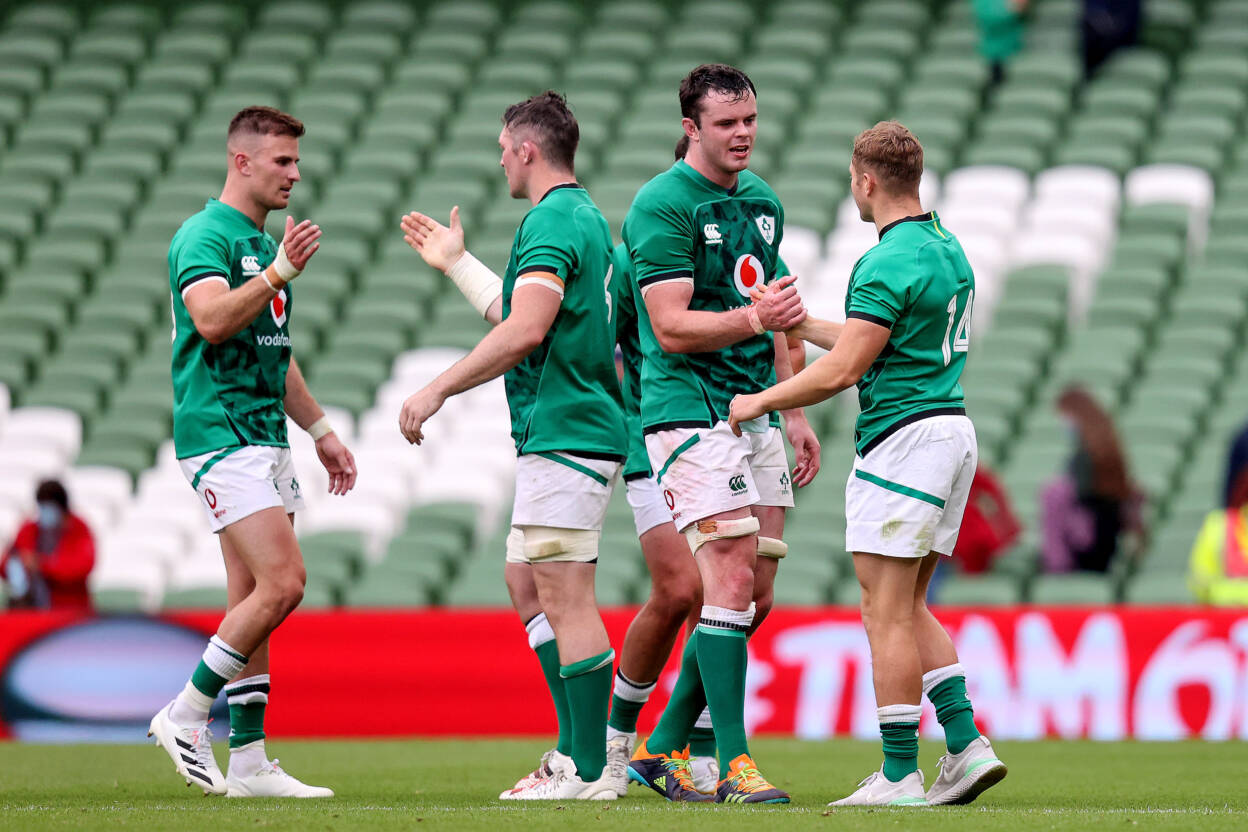 From Ryan’s perspective, the game was every bit as difficult as he envisaged but the presence of Ireland fans in the Aviva stands for the first time since February 2020 helped to spur them on to a fourth straight success.

“I said this after the game (against Japan) in 2019, it was one of the toughest games I’ve played,” insisted the Leinster lock, who turns 25 later this month.

“Thankfully it’s not as humid in Dublin as it was in Shizuoka, but when you saw this game on the fixture list you knew it was going to be a very tough day and that is exactly what it was.

“Their attack is their point of difference really. Their organisation, their know-how. It was very, very tough out there. Certainly blowing pretty heavy, particularly that first half.

“I thought it was a great effort defensively at times. Obviously we did concede 31 points, but we stuck in there and I thought the guys that came off the bench had a great impact and great energy.

“That was big for us in that last quarter. Good learning for us, all round. First time we’ve had Irish fans in 18 months in the Aviva and honestly, even 3,000 makes a massive difference for us. It has been a good day.”

Selected as captain by Andy Farrell for this summer series, an adductor injury had put Ryan’s participation in Saturday’s opening fixture in some doubt.

He duly recovered to lead his country for the third time at senior level and lasted the full 80 minutes. It was also his first time to play with Ultan Dillane in a starting second row combination. 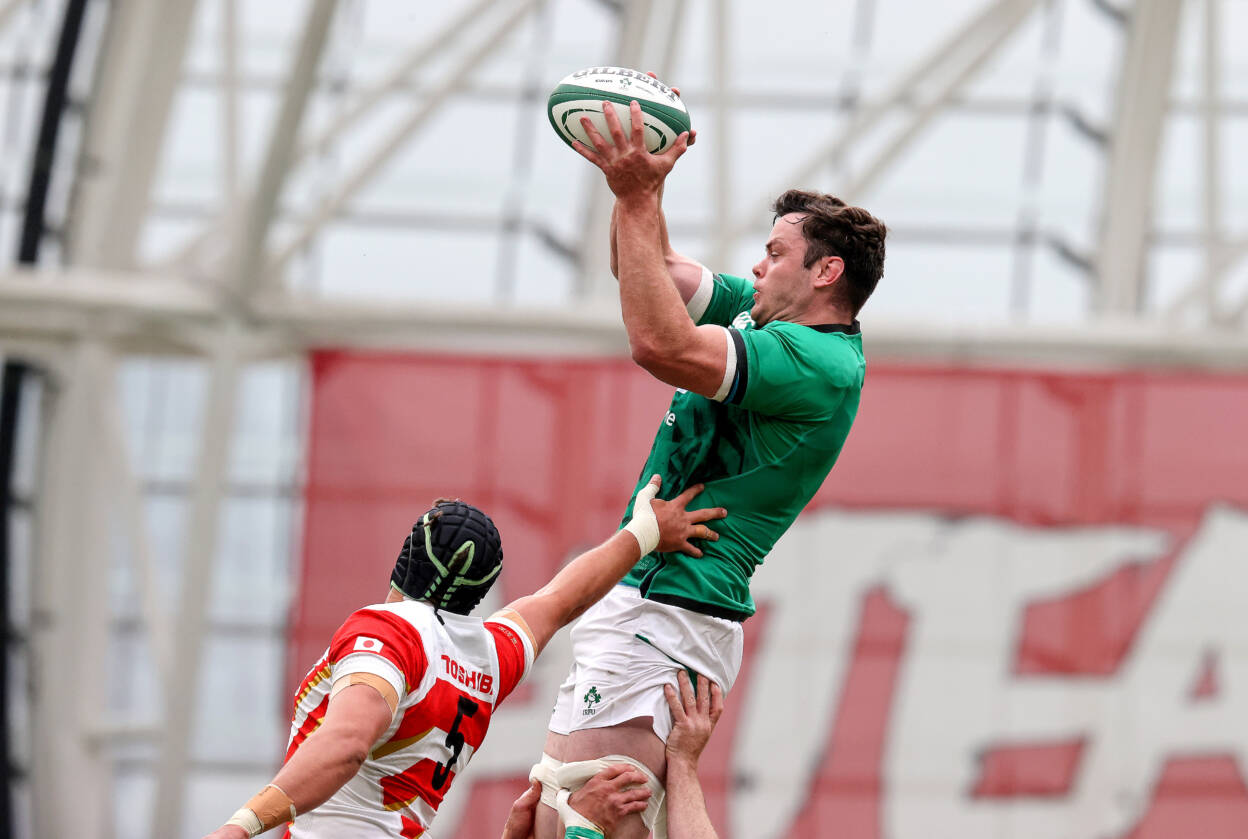 Although Ryan’s preparation was restricted, he felt in good condition on the pitch and praised the IRFU’s medical staff for getting him in the best shape possible for the visit of Jamie Joseph’s men. He added:

I felt really good today. The last couple of weeks I was managed quite a lot. Credit to the physios for getting me back and it was a huge honour to lead the boys today.

“At times probably in the season I’ve had niggles and little breaks from the game, and probably haven’t been able to put games and weeks together the way I would have liked.

“I think after these next couple of games, it will be a good window for myself to work on little deficiencies and niggles, so I can commit fully, physically, to next season and beyond.

“Delighted, as I said, to lead out the boys today. Huge honour (to captain the team) and we’re really happy with the result.”