All 23 players, including Ireland’s Iain Henderson and Bundee Aki, got game-time as the British & Irish Lions ran out 56-14 winners over the Sigma Lions in Johannesburg.

Beginning the tour proper on the Highveld, centre Farrell converted those scores from Rees-Zammit, player-of-the-match Watson and Price to give Warren Gatland’s charges a 21-7 half-time lead.

Vincent Tshituka’s 34th-minute effort lifted the South African franchise, as did Rabz Maxwane’s breakaway score which cancelled out Adams’ slick seven-pointer early in the second half.

However, the British & Irish Lions dominated the final half-an-hour, working Adams over for three more scores. In addition, Davies joined him on the scoresheet in an ultra efficient squad performance. 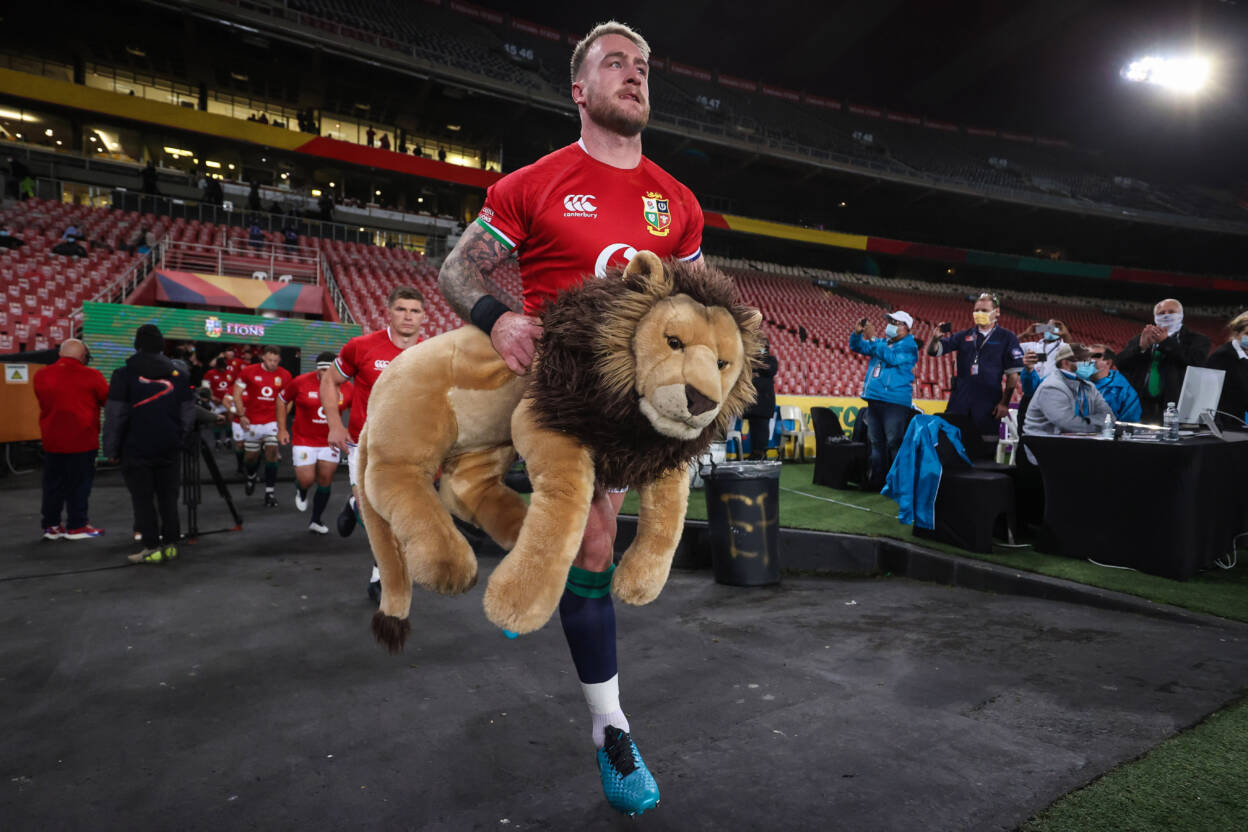 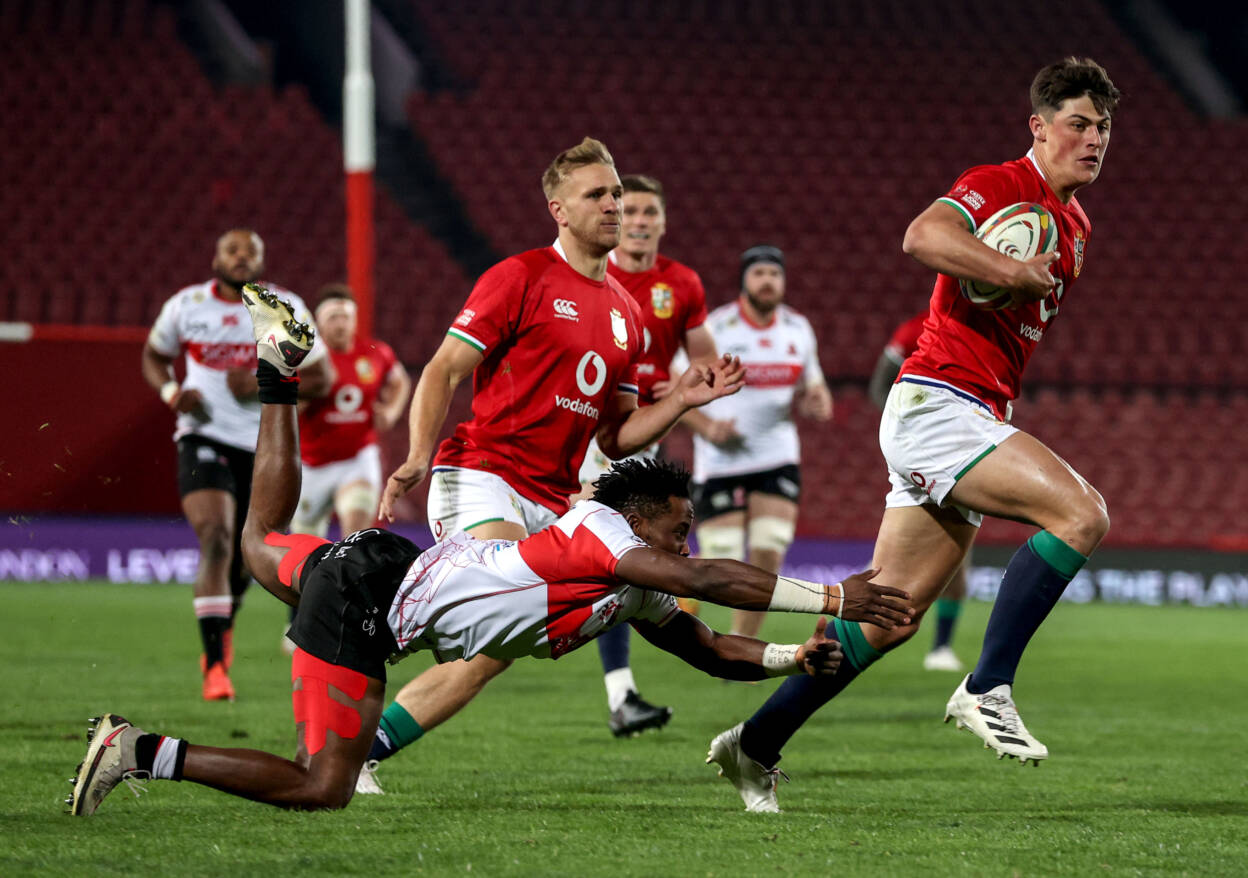 The tourists were quick out of the blocks at Emirates Airline Park, going wide in the third minute for Chris Harris to chip forward and Rees-Zammit collected on the bounce for a smartly-taken debut try.

An explosive set of carries from the British & Irish Lions soon paved the way for flanker Watson to double their lead, swatting away a tackle to go in under the posts. 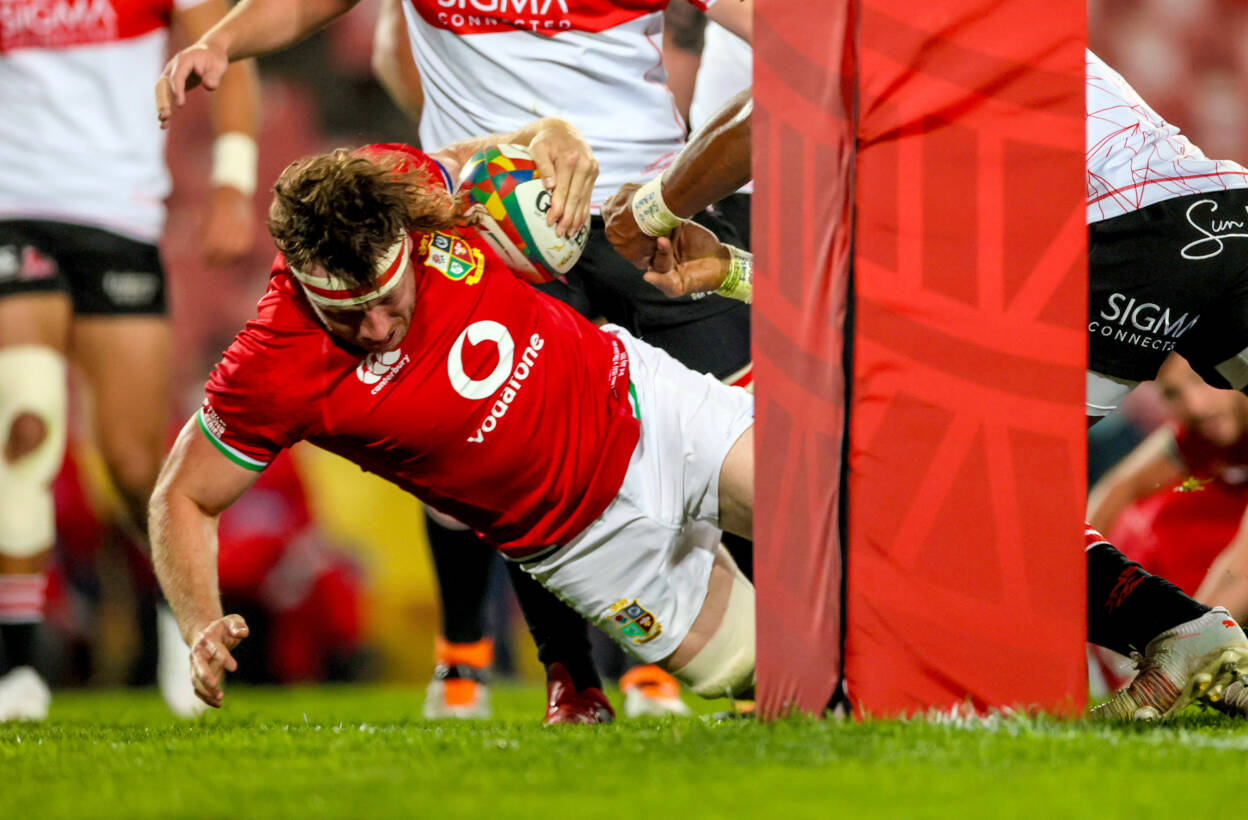 The Sigma Lions built some pressure in response, attacking well through their forwards to force penalties. A fine leap by Tshituka at a lineout had them on the cusp of scoring.

The home side opted for a scrum, but Gatland’s men held firm and a solid spell of defending – led by Watson and Maro Itoje – gained a relieving penalty from inside their own 22.

They struck for try number three in the 32nd minute, Jamie George’s long lineout throw finding Farrell who linked with his half-back partner Price for a dart in under the posts.

The Sigma Lions finally found some gaps approaching the interval, skipper Francke Horn’s impressive blindside break taking him past Farrell, with Burger Odendaal carrying the attack deep into the visitors’ 22.

Full-back EW Viljoen used a nice hand-off to give him the time to feed a long pass wide to the right where the athletic Tshituka finished off with aplomb. Jordan Hendrikse converted.

Those seven points were almost handed back just before the interval. Instead, Wyn Jones’ try-scoring reach over from a ruck was cancelled out for a dangerous clean-out from Courtney Lawes. 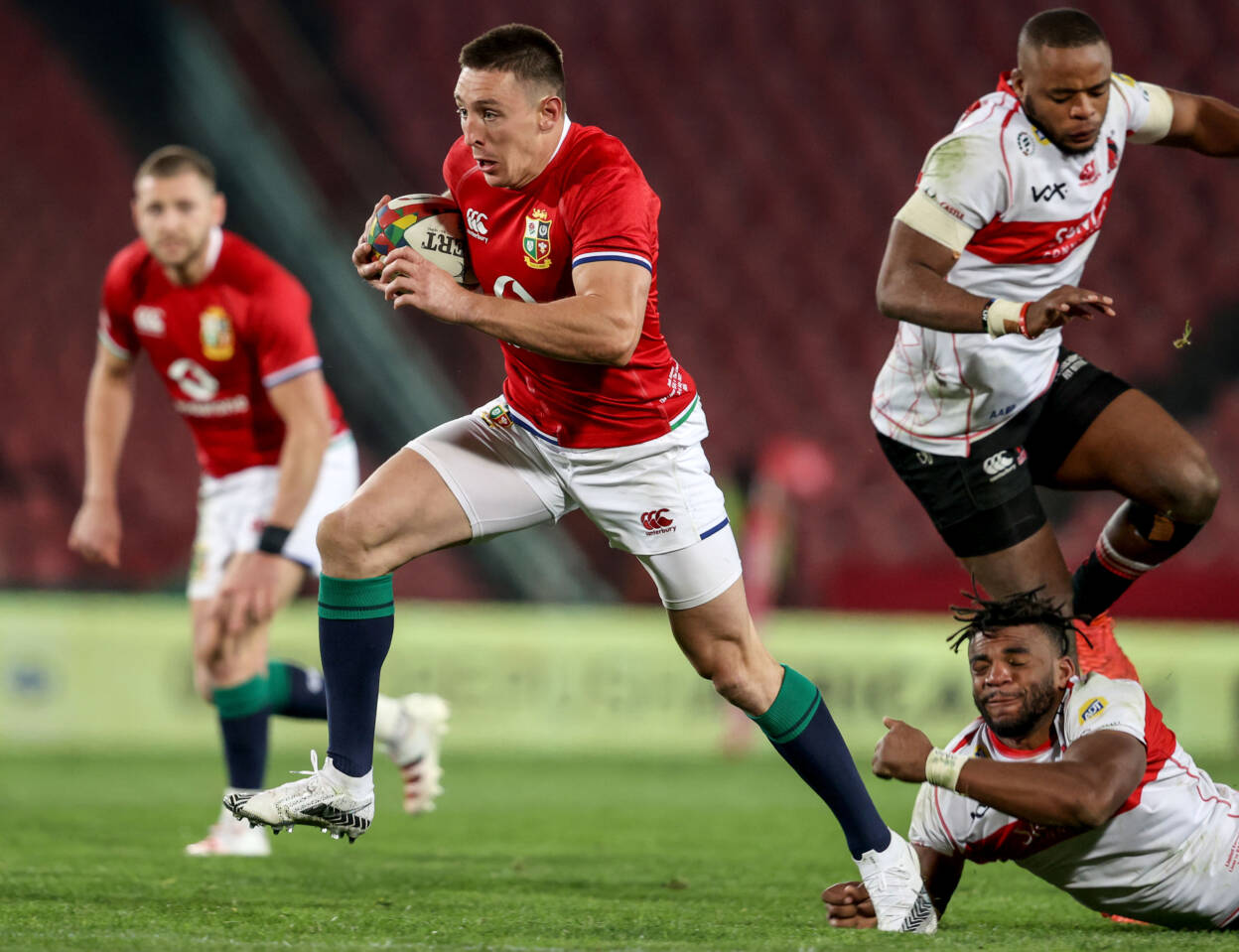 The second period was only 48 seconds’ old when a move straight from the training ground work a treat. Good hands from Watson and Price released Adams through middle and his sharp footwork took him over to the left of the posts.

Nonetheless, the Sigma Lions roared back with a classy try of their own. Odendaal sprung Horn through into open territory, and the jet-heeled Maxwane duly went over untouched for Hendrikse to convert.

With their lead halved, the British & Irish Lions looked to their captain for inspiration. Stuart Hogg dashed back to deny Sbusiso Sangweni an 80-metre try off an overthrown lineout.

Hogg and company continued to look the more threatening team in attack. An unfortunate bounce thwarted hooker George before Finn Russell’s deft kick towards the left corner sent Adams over for his second of the night. 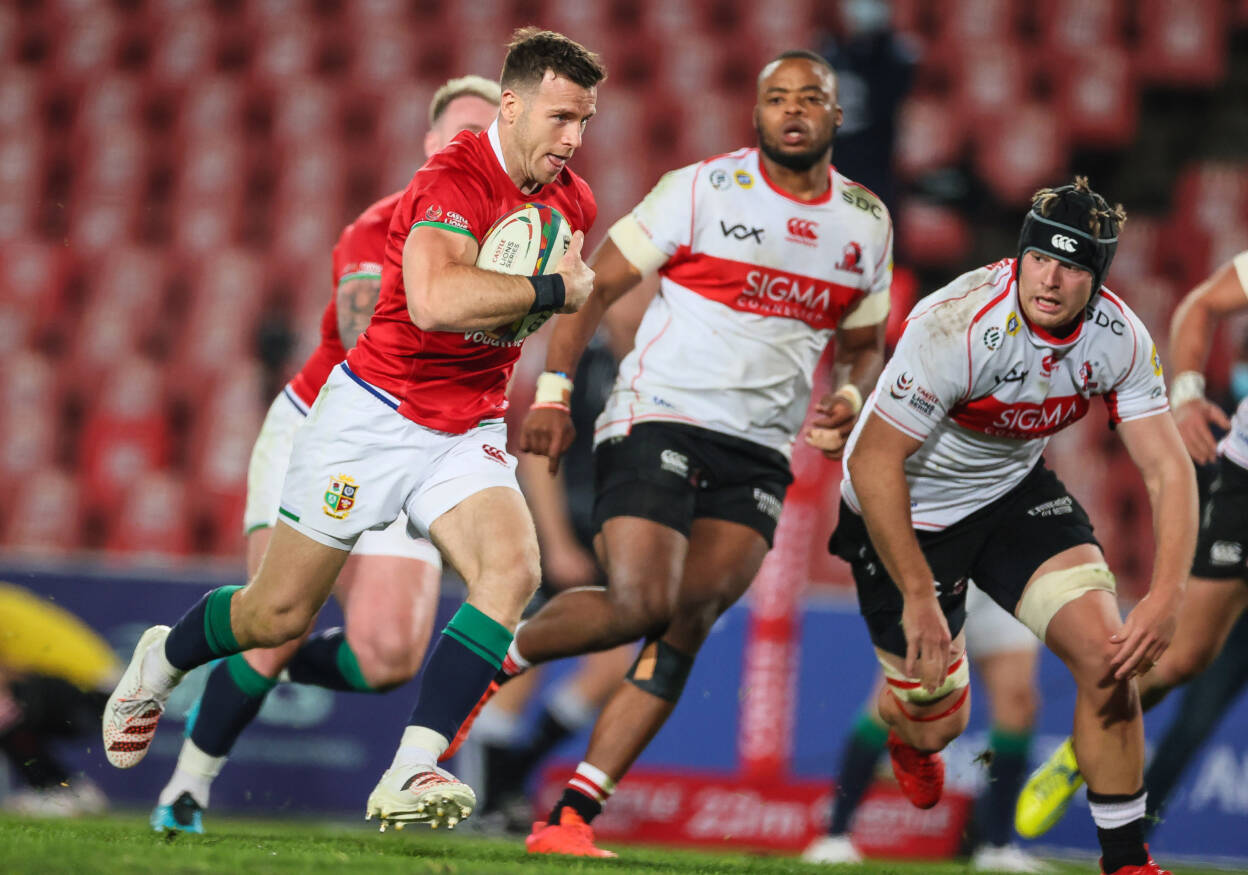 With 15 minutes remaining, the British & Irish Lions pushed their advantage out to 42-12, Elliot Daly beating two defenders before offloading for fellow replacement Davies to cruise in under the posts.

The South Africans were caught narrow in defence, two minutes later, as scrum possession worked its way to Daly who continued his eye-catching cameo with a scooped pass out for Adams to add to his tally.

Farrell maintained his accuracy from the tee with two more crisp strikes as the tourists broke the 50-point barrier with nine minutes remaining. Again, it was ace finisher Adams who scampered clear down the left touchline after Jonny Hill had set him free from a turnover. 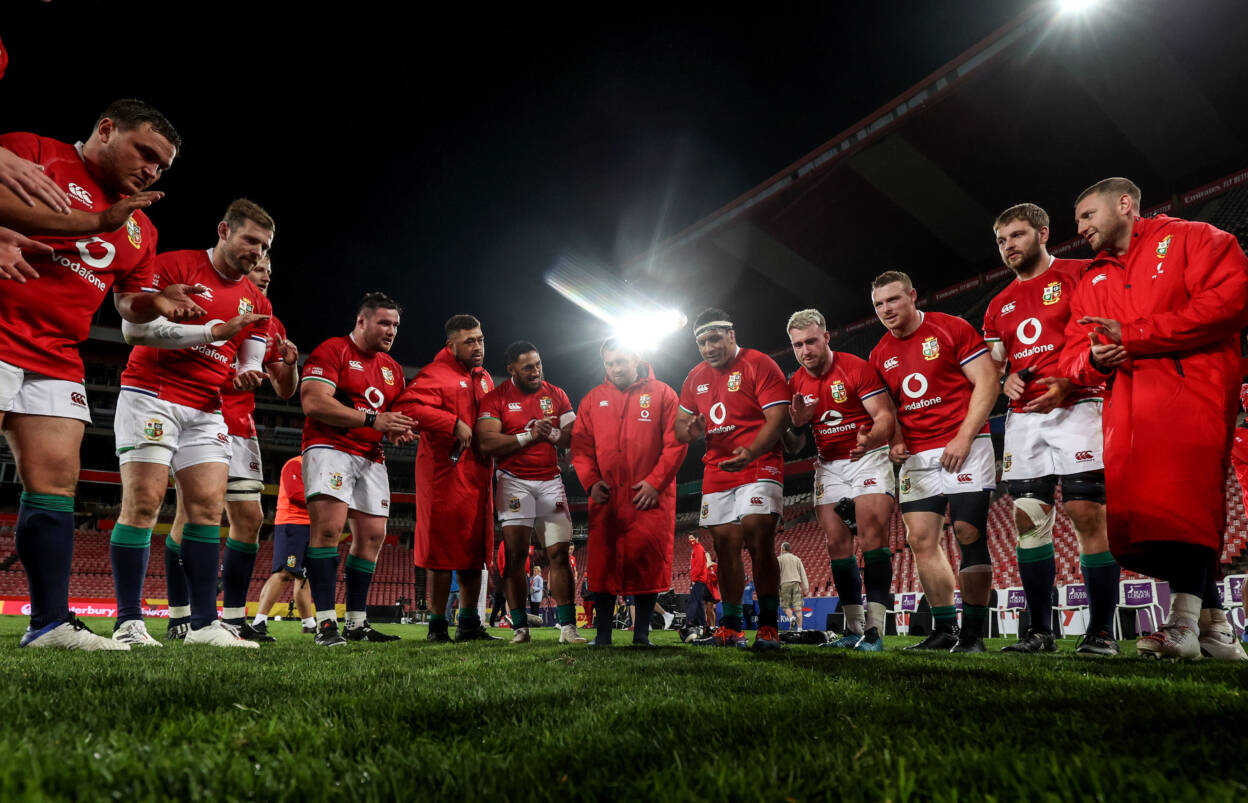 It was a strong finish from the men in red, particularly in the tough conditions that playing at altitude provides. They face the Cell C Sharks at the same venue next Wednesday (kick-off 7pm local time/6pm Irish time).