Following an extended period without high level competitive rugby, centre Shane Jennings was thrilled to be back in the saddle for Ireland’s Under-20 Six Nations opener against Scotland.

Thanks to tries from Alex Soroka, Sam Illo, captain Alex Kendellen, Jennings himself and Jamie Osborne, along with a penalty try, Richie Murphy’s charges were 38-7 winners in their belated 2021 bow.

Having waited so long for a chance to show his worth at this grade, Jennings was just glad to cross the white line on the Under-20 international stage.

“Just very good to get back out playing a high level of rugby again for a start,” said the Ballinasloe native, speaking during the post-match press conference.

“It has kind of been a while since we played anything like that. It’s probably just very enjoyable for a start and we know ourselves we have a few things to iron out. It was great to get to play the game at all. That was a positive for us.”

One of three Connacht players in the starting XV (there were another two on the bench in the form of Donnacha Byrne and Eoin de Buitlear), Jennings lined up in midfield alongside provincial colleague Cathal Forde. 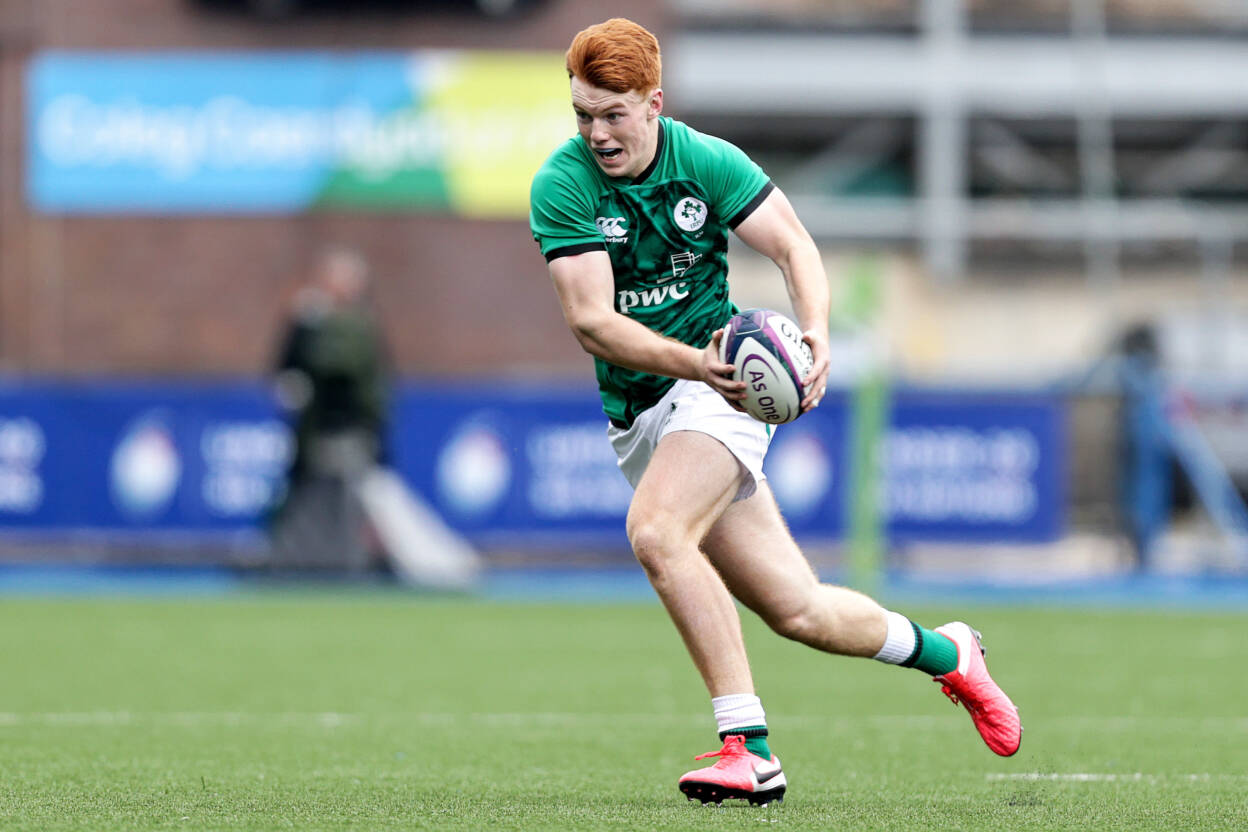 The 6ft 3in back admits his sense of familiarity with the latter, who is also his housemate, has seen them develop a strong fledgling partnership in the heart of the back-line.

“I think it was helpful enough. We live together, so we know each other well enough. We’ve been getting a few opportunities in training the last week.

“A bit against Leinster and a bit against Munster in our warm-up games (before the Six Nations). They (the coaches) felt we were going well enough as a pairing together there anyway.”

While Ireland’s attack will understandably garner the majority of the plaudits from Saturday’s match, their defence played a significant part in creating the platform for this confidence-boosting opening win.

Murphy’s young guns held a hard-earned 14-7 half-time lead and had been under pressure from their Scots for long spells of the first half.

Former Munster and Ireland back rower Denis Leamy has had a substantial role in setting up a cohesive defensive structure, and Jennings felt the fruits of that were on display in Cardiff.

I think this team just loves defending. Our forwards are so physical. They just love hitting people and we know they’ll get up and hit someone again. They just absolutely love it.

“We just have to talk them through it and we know they’ll do absolutely anything for us out the back. The trust in our defence is very high.

“Denis Leamy has obviously put in a great system and I think we’ve all really bought into it. It’s probably something as a team that we really enjoy. Defending and relishing a chance to get the ball back for us.”

Jennings first came to national prominence as a full-back on the Galway team that won the All-Ireland Minor Hurling Championship in 2018. His outstanding individual performance in the final against Kilkenny earned him the man-of-the-match award.

However, he was not a late bloomer to the game of rugby and was involved in the minis section of his local club Ballinasloe RFC, from a very young age.

“Would have joined Connacht at a few small things. Under-14s, Under-15s and then properly at Under-17s and Under-18s.

“We’ve just been in there and they’ve all been very good to us. They’ve all helped us along the way. A lot of credit has to go to them from Connacht, the last two years that I’ve been in the Academy, all the way back right down to Ballinasloe and Garbally when I was younger.” 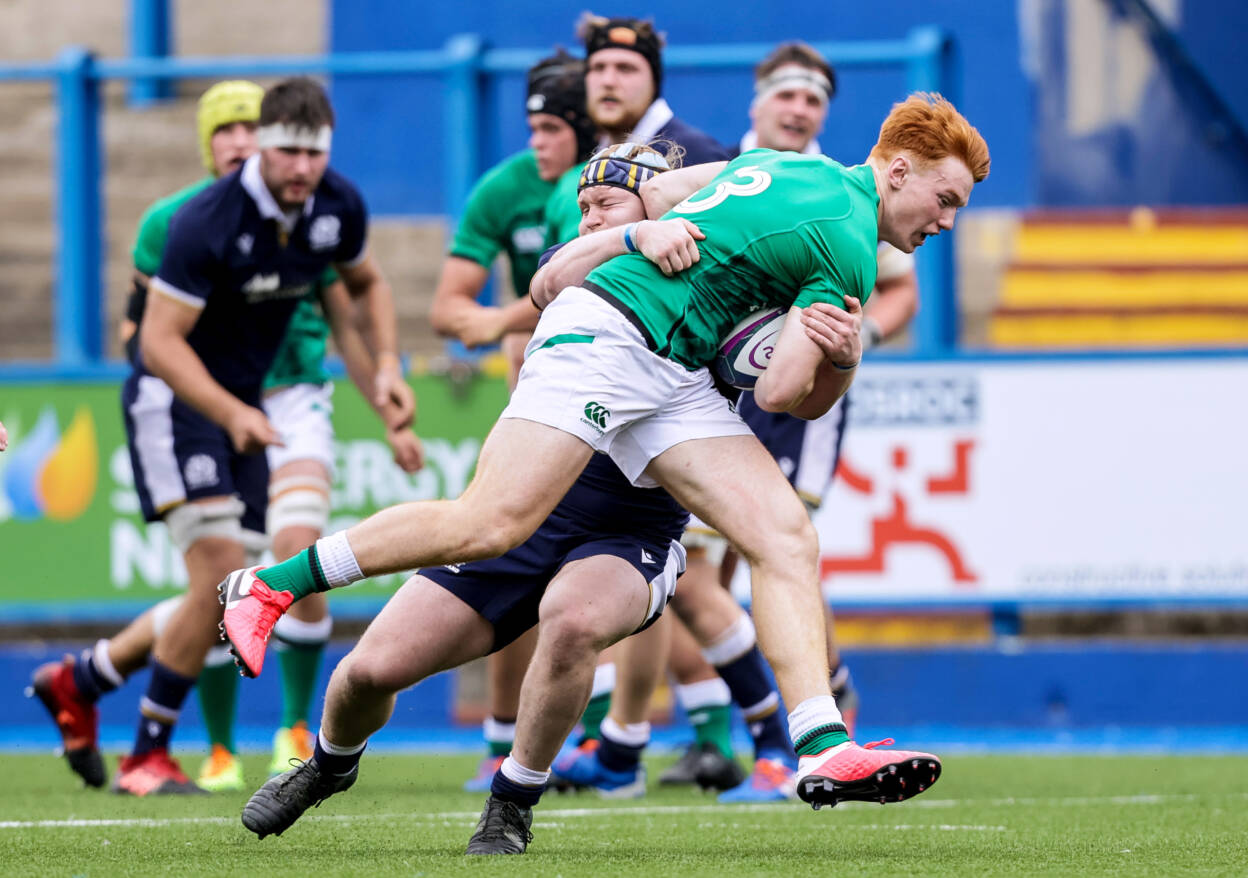 The same year that he secured top championship honours with the Tribesmen, Jennings had a starring role in Garbally’s Connacht Schools Senior Cup final victory over Coláiste Iognáid.

Joining him on that Garbally side was his current Ireland Under-20 team-mate Oisin McCormack, while the aforementioned Forde donned the Iognáid colours.

In 2019, he helped Garbally to retain the Senior Cup with a convincing triumph over surprise package Roscommon CBS.

Former Ireland international Noel Mannion was part of the school’s coaching team for these successes and Jennings hailed the impact he has had on his career to date.

“We would have worked with Noel. Noel probably would have been one of the people who got me into rugby when I was younger,” highlighted Jennings, who turned 20 in January.

“He was kind of a family friend, so he would have had a hand in getting me (involved).