Eve Higgins, Dorothy Wall and Neve Jones launching the Canterbury Give It A Try programme

The IRFU and Canterbury of New Zealand, official kit partner to Irish Rugby, have conducted research amongst the women’s national team to identify Ireland’s top female players’ pathway into rugby to support efforts to grow and develop the game.

The results come as Canterbury prepares to partner with the IRFU to deliver the nationwide Give It A Try programme – a rugby programme for girls aged 8 to 14 to learn how to play rugby in a safe and fun environment. 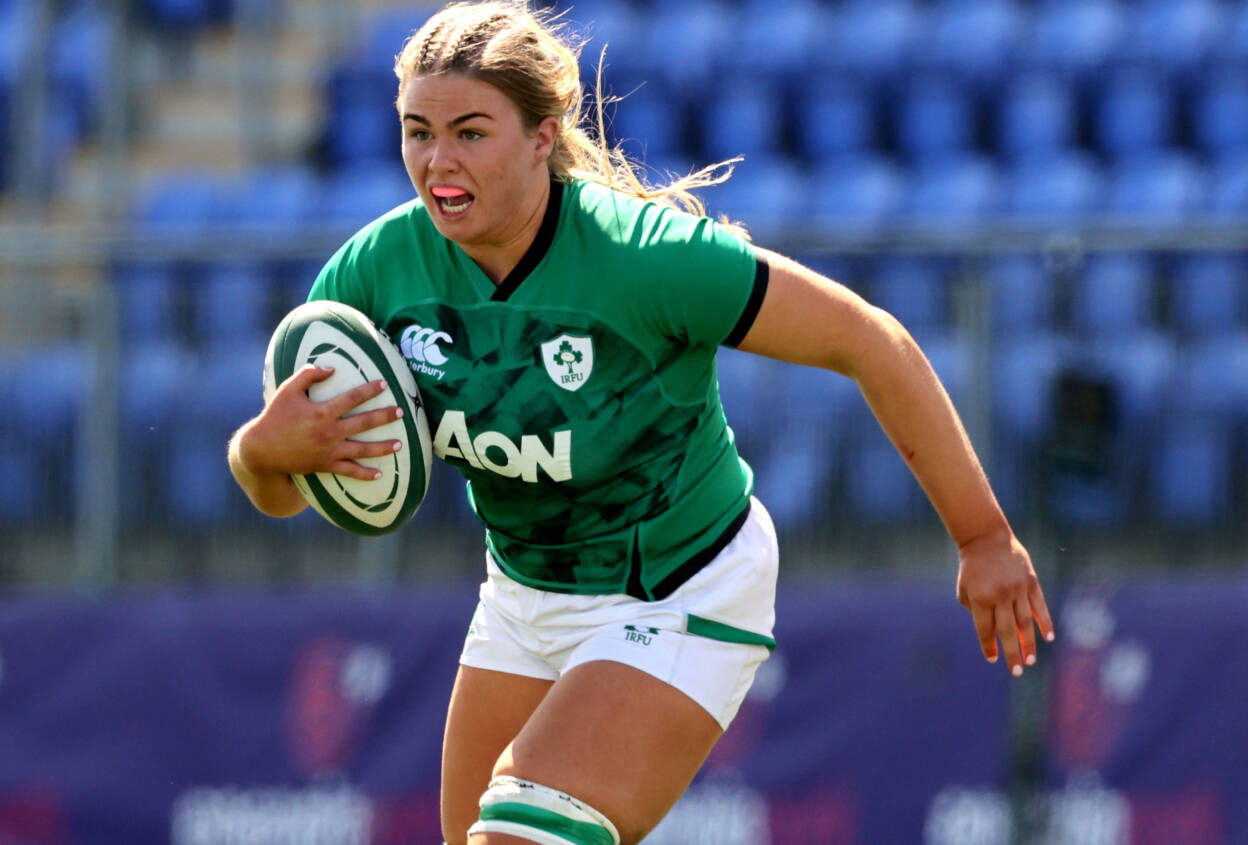 The Give It A Try programme has grown year on year since it launched in 2017, with more clubs signing up to be a part of the initiative. To date, nearly four thousand girls across 167 clubs around Ireland have taken part.

The survey reveals that 97% of the women’s national team said there are more opportunities to play rugby compared to when they took up the sport, with the majority of players taking up rugby from the age of 16 upwards.

All of the team members are from multi-sport backgrounds, with 23 different sports being played as children, between the squad and 90% of the squad participating in sports summer camps in their youth. Players focused exclusively on rugby at different ages, with 38% specialising in rugby aged 16 to 20 years, 38% at 21 to 25 years and 14% beyond the age of 25.

The anonymous survey offered players the opportunity to give advice to young girls thinking of giving rugby a try:

“Give it your all! You will get the best out of rugby if you give it your best. Embrace the mud and the cold and eventually you won’t even notice it! There is a place for everyone on the team, forward or back, front row or winger so don’t be discouraged if you find one aspect hard, you will be good at something else!”

“Rugby is a sport that caters for every shape, size and ability. You will make friends for life and have so much fun along the way”

“Give it a try, you never know what you’re missing until you try. There’s a place for everyone.”

On the launch of the programme, Sean Kavanagh, Global Director of Sports Marketing and Sponsorship at Canterbury, says: “We are delighted to be partnering with the IRFU for the Give It A Try programme again this year. The initiative has been a major success over the past few years, and we are committed to supporting the IRFU in giving girls the opportunity to play the game and follow in their heroes’ footsteps. As this survey shows, it’s never too late to get into rugby but Give It A Try gives young female athletes a chance to fall in love with the sport from an early age.”

IRFU Women’s Development Manager Amanda Greensmith says: “The growth of grassroots women’s rugby is of the utmost importance to the IRFU and the Give it A Try programme is an integral part of this process. Our partnership with Canterbury represents a great opportunity for young girls to try rugby and hopefully begin a lifelong love affair with the sport. This will help us to grow the number of girls and women involved in rugby.

This may be the first taste for them before they move in to mini rugby or playing in school or X7s competitions. We want as many girls and women playing to the best of their ability at whatever level they reach and who knows some of our Canterbury Give It A Try girls may one day wear the green of Ireland.”

Ireland star Dorothy Wall, says: “The Give It A Try programme is a fantastic way to for young girls to learn the skills of the game in a fun and safe environment. There is a place for everyone in our game and I would encourage all girls to give it a try, you never know what you’re missing until you try. I have made some unbelievable memories and some lifelong friends playing the game. Just give it a try.”

Clubs can obtain more info or register to host the Canterbury Give It A Try at www.irishrugby.ie/giveitatry