Amee-Leigh Murphy Crowe enjoyed a memorable first start in the Six Nations on Saturday as her brace of tries against Italy helped Ireland to finish third overall.

One of the most feared finishers on the World Sevens circuit in recent years, Murphy Crowe, who turns 26 today, made her 15s international debut the previous week against France.

She was forced to wait patiently for a chance to pounce in her second Test appearance, but when opportunities fell her way at the beginning and the end of the second half, she did not hesitate.

Given competitive Sevens rugby has been sidelined for the entirety of the pandemic – the World Series is set to resume next month – Murphy Crowe has massively appreciated getting some game-time under her belt in recent weeks.

“With everything that’s going on in the world, you just appreciate this so much,” insisted the Tipperary-born flyer. “I hadn’t played rugby in a year and being able to come out here and put on a green jersey, and then to score two tries, is just amazing.

“I do it for my team. I do it for everyone else around me. Just to get them front-foot ball and to see the smiles on all the girls’ faces.

“Once I turned around (after scoring), they were all just running at me and I was like, ‘this is amazing!’. That’s something you can’t buy – team work and camaraderie.”

Murphy Crowe’s first score against Italy was particularly impressive as it came off a set-piece move that Ireland had worked on behind the scenes at the IRFU High Performance Centre in Blanchardstown.

Released by fellow Premier County native Dorothy Wall, the lightning-quick winger carved open the Italian defence in clinical fashion before touching down beside the posts.

“At the time I was just taking space and getting the hand-off out. Just put the foot down and take off, and I ended up over the try-line,” she said of her first effort.

“I wouldn’t have gotten there only for the set piece. Only for the driving maul and only for Dorothy getting out of that maul and getting the ball. It’s not just about me finishing over the line.” 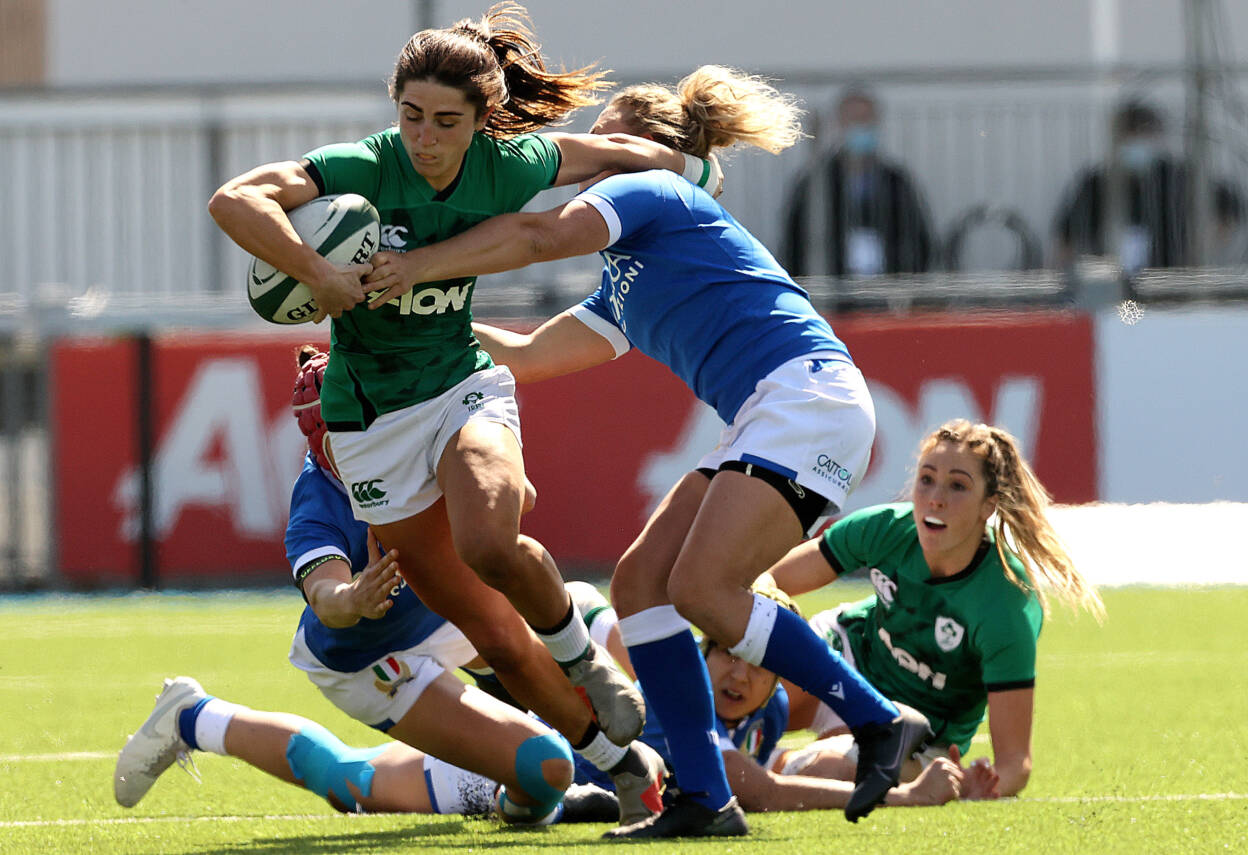 Although her performance from the right wing suggested it has been a seamless transition from Sevens to 15s for Murphy Crowe, she acknowledged the reality is somewhat different.

Nonetheless, the Clanwilliam product’s diligence and willingness to learn ensured she was able to adapt. She noted: “It has been tough. I hadn’t played 15s since back in 2014-2015. Coming back in, in October, I had a lot to learn.

The work from the coaches, the team-mates around me, they all helped me out so much. To this day, I have to thank every single person who has helped me along the way.

“Because I would haven’t gotten the confidence I have to know the game as much as I do at the moment without them. I’m all for feedback. Anytime I do something – I might do it wrong or right – I’m always looking for feedback to get better.

“To make sure that I’m doing it right the next time. You just want to go out there and do the best thing for the team.”

It proved to be a hectic few months for the Ireland Women, with a succession of training camps and pitch sessions sustaining them in advance of their Six Nations campaign getting underway on April 10.

The Covid-19 pandemic meant Murphy Crowe and her colleagues were training under strange circumstances at times, but this allowed them to come together more as a collective.

“Covid has changed so much. You’re very restricted, you can’t be doing too much as in you can’t be hanging out with each other.

“You need to keep yourself restricted, restrict your movements. We’re all based in our homes, you can’t really see people outside of them. That’s how we’ve come so close.

“We’ve become a family, because we see each other week in, week out. That’s just how comfortable we got around each other and we just made each other our own family.” 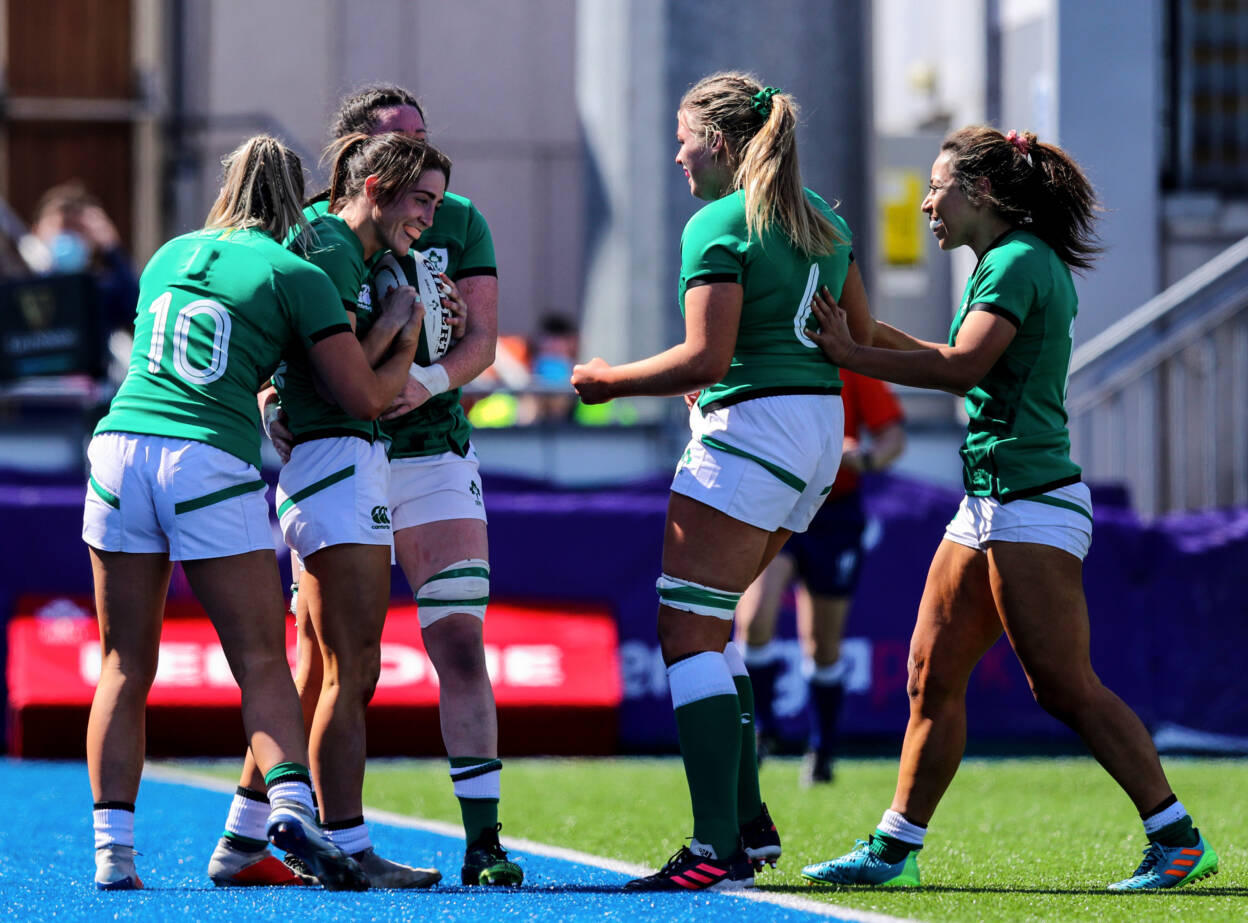 The next big items on the agenda for the Ireland squad will be the European series of Rugby World Cup qualifiers, which is set to take place later in the year.

Ahead of those crunch encounters, Murphy Crowe believes it is important that the domestic game – she is tied to 2019 Women’s All-Ireland League champions Railway Union – is allowed to prosper. She added:

That would be great, getting our clubs back out. Getting players back out. Driving those clubs through to want to have players to play for Ireland again.

“It’s a big struggle at the moment, because only the international set-ups are playing. But that’s Covid, it’s out of our hands.

“The Six Nations, it will get a lot of people to drive on and get better at club (level). Want to perform at club to see they’re in with a chance at a higher level.”