While generally satisfied to finish the Six Nations in third place, Ireland Women’s head coach Adam Griggs accepted his team have considerable scope for improvement as they head into the Rugby World Cup qualifiers.

Ireland enjoyed a positive end to the restructured 2021 Championship courtesy of a 25-5 victory over Italy, who are currently ranked fifth in the world.

Although it was difficult for either side to develop a consistent rhythm, tries from Dorothy Wall, Amee-Leigh Murphy Crowe (2) and Cliodhna Moloney ensured the hosts were convincing winners.

Speaking afterwards, Griggs said: “We can always do more and I think that really sums up today’s game as well. There was bits and pieces of the game where we were really sharp and sometimes it was our basic handling let us down.

“That’s where we’ve got to grow as a team. We’re speaking a lot about ball control and we were able to get our tries when we held onto the ball and looked after it. That’s where this game is going.

“You dictate the speed of play and the tempo when you have that ball. We’ve just got to keep getting better at that as well.

“We’re absolutely happy that we finished third, but again the beauty of it is we know there’s more in us. We’re obviously going to have a World Cup qualifying tournament to come at some stage next season and that’s going to be really important.

“This block of games have been really valuable to us. You can do all the camps you like, but to get Test matches in, and also go back-to-back-to-back and really back up the physical side of Test match rugby, is really good for us.”

During this short space of time, they were able to learn things as a group that would not have been possible just in a training setting at the IRFU’s High Performance Centre.

I think the biggest thing is we always need to remember there’s two teams on a field. They’re going to have opportunities and put you under pressure as much as you’re trying to do the same to them.

“In training, you just can’t manage to replicate that. Certainly with the physicality. I think if we look at the three games overall, the game management and our rugby IQ is something we’ve got to keep improving on.

“That’s definitely going to come with the game-time. I think that’s probably where we’ve seen moments where we’ve struggled. Just because, as I say, there’s another team in the game. They have good patches, like we try to as well.”

One player who really stood out for Ireland on Saturday was Sevens star Stacey Flood. A younger sister of former international Kim Flood, she was making her first start as a 15s international, having previously appeared off the bench against both Wales and France.

The 24-year-old Dubliner delivered a player-of-the-match performance in the number 10 jersey, kicking five points as well as largely dictating the flow of Ireland’s best attacking moves.

A regular face on the World Sevens circuit in recent years, Griggs is thrilled to have her in the 15s system at the moment and believes she can become even better over time. 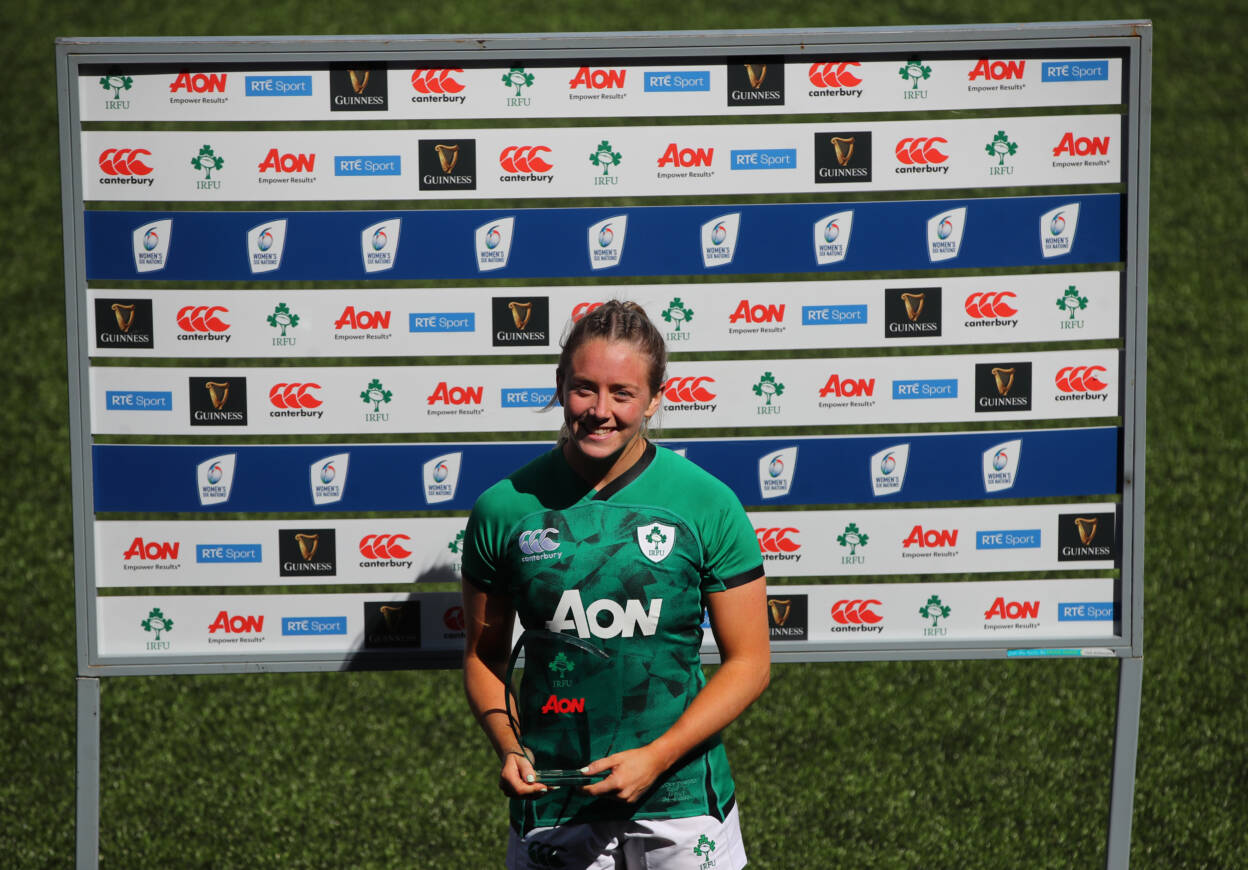 “I think you saw today, when Stacey is on the ball and she has time, she’s very dangerous to attack,” noted the New Zealander, who is in his fourth year as national head coach.

“On the other side, I think she got three or four turnovers and that comes from playing on the World Series and playing against quality players. She’s got a physical edge to her as well

“Again, I know she’ll get better and better. The thing with Stacey is, she’s very coachable. You can give her instructions and tips, and she’s able to go and physically do them. That’s something that makes my job a lot easier.”

The Ireland squad will now be given a well-earned break from international duties, before reassembling six weeks from now.

The one area Griggs will be looking for his players to work on between now and then is around their core skills, something he hopes that can be fine-tuned by the time they do get back together. He added:

You can’t underestimate good passing out in front of players, obviously being able to take a ball in. Making sure you make your one-on-one tackles, you’re accurate at your breakdown and clean out.

“It’s all those core skills that we need. Then when we come back together, we add that into the collective and if every player in the squad comes with that level of core skills again, then we can start to push on as a whole collective group.”