Ireland captain Jonathan Sexton paid tribute to team-mate CJ Stander following the news that the Munster back rower is to retire from all forms of rugby this summer.

A debutant in Ireland’s 2016 Six Nations opener against Wales, Stander picked up his 50th cap in last Sunday’s victory away to Scotland. He also made a Test appearance for the British & Irish Lions on their 2017 tour of New Zealand.

Since making his provincial debut in November 2012, Stander has become a firm favourite with the Munster faithful. He will have a big part to play in their ongoing Guinness PRO14 and Heineken Champions Cup campaigns, while he also confirmed that he will be available for selection until the end of the mid-year Test window.

Speaking at a press conference today, Sexton said: “CJ’s a great person, first and foremost. You can’t be a good team-mate without being a good lad. Very popular in the group and then just his work ethic.

“I can’t ever remember him missing a game. Maybe through suspension after his red card against South Africa (in 2016). In terms of being injured, I can’t remember one. His relentless attitude, his preparation, how tough he was.

“I’ve played against him numerous times. I’ve been on the receiving end of a few carries. He’s got the utmost respect of anyone that’s played with or against him, I think. Ultimately when you finish up, that’s what you want really.

“Obviously as a player you want to win things, but I think the older you get, the more you realise you just want your own team-mates first and foremost to respect you and for the opposition to think, ‘he’s a good player’. I’m pretty sure he’s achieved that.”

Before the announcement was made to the wider playing group, Sexton was called into a meeting with head coach Andy Farrell and Stander, who subsequently revealed his decision to the Ireland skipper.

Sexton admitted he was shocked when he first discovered Stander’s intentions but, upon further reflection, understands why he is stepping away from the sport.

It was the last thing I thought I was getting called in for. Literally if you gave me a thousand things to guess, it wouldn’t have even registered on it.

“He’s done things for the right reason. His wife and daughter are back in South Africa at the moment. They’ve been there for a few months and they went back for the last lockdown as well.

“It takes its toll, doesn’t it? He’s just taken the decision based on family reasons and we respect him for that, but he’s a big loss to Munster and Irish Rugby.

“He’s been huge for both teams over the last five, six years. Very shocked, but we wish him well and we hope that his last game in green will be one to remember.”

This Saturday’s final round clash with England will be Stander’s Six Nations swansong, and the 30-year-old powerhouse will be hoping to sign off on the competition with a positive result.

To date, he has made 27 Championship appearances and is expected to feature prominently for the latest visit of Ireland’s arch rivals to Dublin. 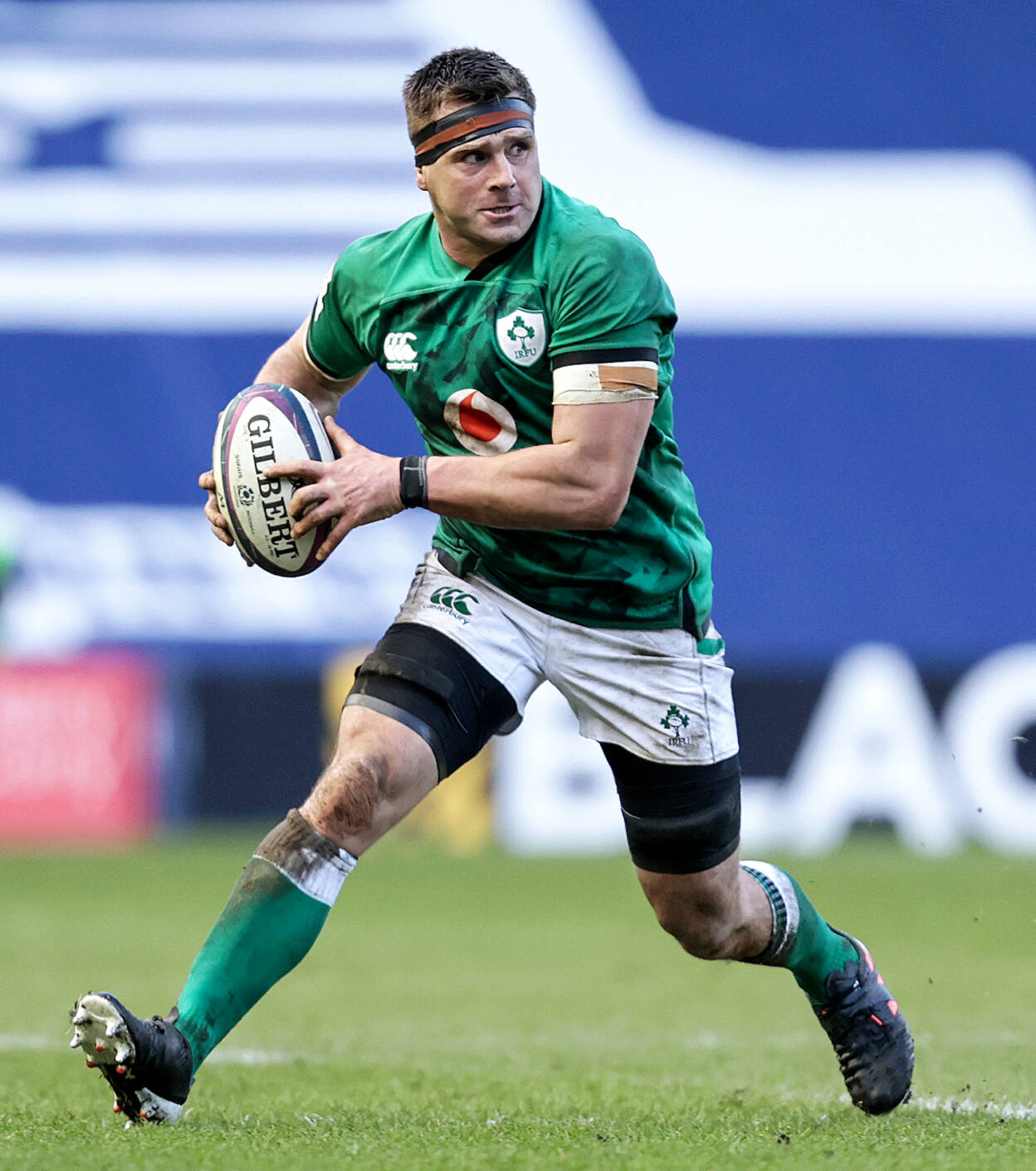 Farrell’s back row options for the game have been boosted by the return from suspension of Stander’s Munster colleague Peter O’Mahony. With injuries ruling both James Ryan and Garry Ringrose out of the contest, Sexton acknowledged that the Corkman will be making a timely return to the fold.

“It’s great Peter is back from his suspension. He’s been with the group last week and bits the week before. Just staying in contact and making sure he’s up to date with all the lineouts and plays, and all that,” he noted.

“He’ll be able to be in the mix for selection. We’ve got a short week this week obviously having played Sunday and we need to get the recovery right. We’re only going to have one big pitch session this week. 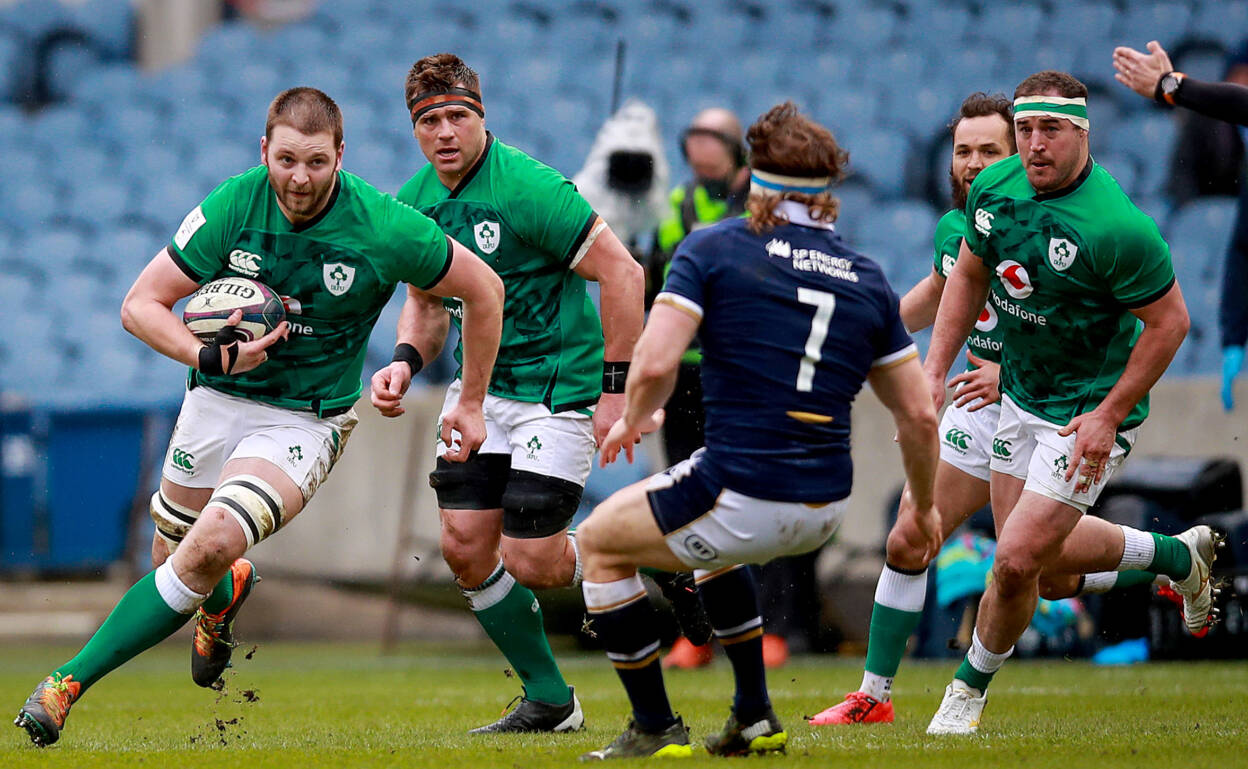 In the absence of Ryan, who also missed Ireland’s previous home match against France on February 14, Iain Henderson is expected to assume greater responsibility in the lineout.

Given how well he has performed since recovering from a knee injury sustained in December’s Autumn Nations Cup third/fourth place play-off against, Sexton has no doubt the Ulster captain can step up to the mark. He added:

It was eight weeks between the Autumn Nations Cup, when ‘Hendy’ picked up the injury. The injury he had, he cut that recovery time down, which is all credit to him, (he) did all the hard work.

“He’s reaping the rewards now with some good form. We’re going to need him again on Saturday.

“With James being ruled out, he’ll be taking a bigger onus on the lineout as well. He’s been brilliant for us, like he has been for a long time. Once his body has been good and he’s been able to stay fit, he’s been outstanding.”