Ireland and Munster star CJ Stander has announced that he will retire from rugby at the end of this season.

“All professional sports people are told ‘you will know when the time is right to hang up your boots’. It’s a sentiment one cannot fully comprehend until that day arrives. For me, that time has come, and I hereby publicly announce my retirement from all forms of rugby. I will be available to represent Munster until 27 June 2021 when my contract expires, and for International duty, until the end of the mid-year Test window.

During the lockdown, I did a stock-take of what matters most to me in life. My faith, family and this incredible game I have played since I was six years old easily topped the list.

However, I came to the realisation that my commitment to rugby has started to take an unfair toll on my family, who both in Limerick and South Africa have made considerable sacrifices for more than 25 years to allow me to live my dream.

I am not saddened by my decision. I’ve had a full and utterly enjoyable rugby career, and I can now look back on a journey that offered me rewards, memories and surprises beyond anything I could have scripted for myself. I wouldn’t change a thing. The 150 matches I played for Munster were some of the most precious and formative experiences of my life.

My blood will remain Munster Red long after I have said my goodbyes to the people of Limerick. 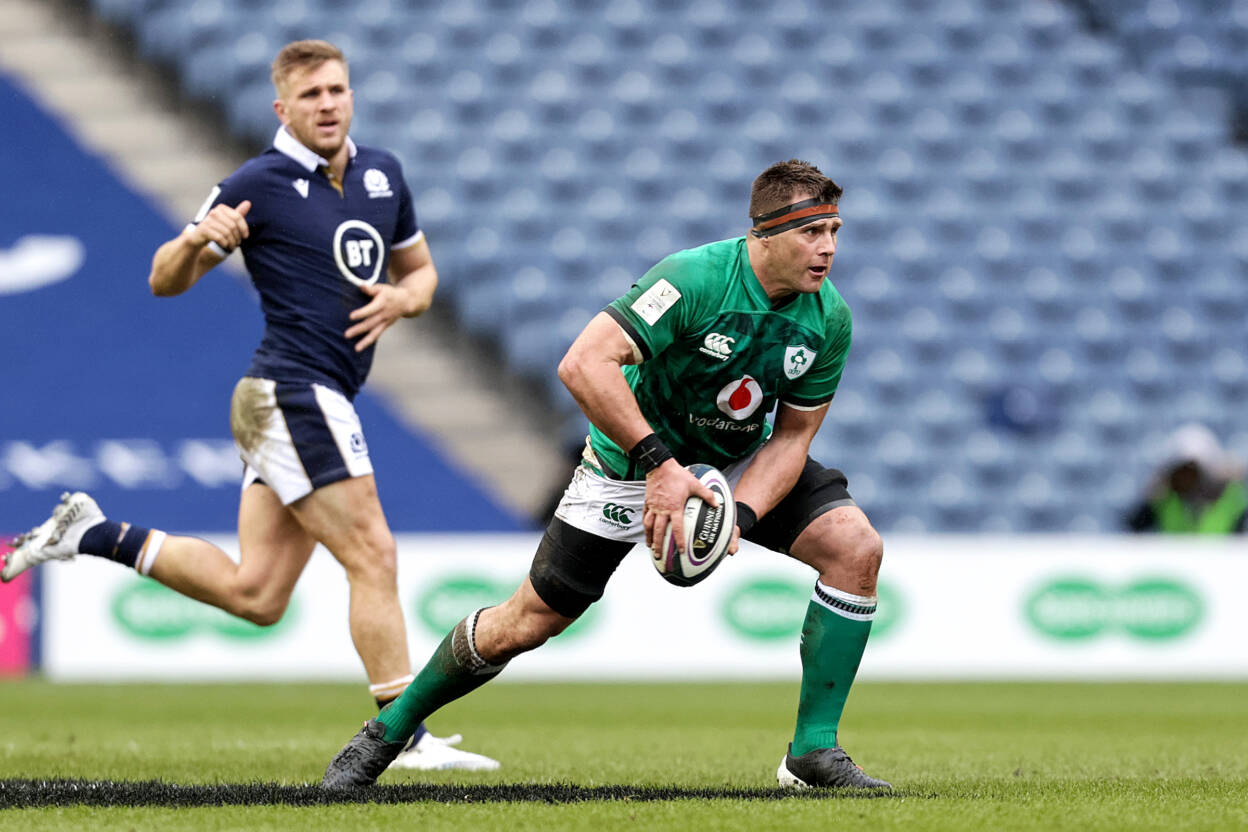 I have just played my 50th Test for Ireland. I have never considered myself a foreigner in an Irish jumper, but I knew this environment would only reward hard work, devotion and the forging of authentic relationships.

My first steps towards the Test arena were taken from the welcoming midst of the people of Limerick. In 2012, arriving as a 22-year-old who only had two kitbags flung over his shoulders and a limited command of English, I had to commit myself to a new family who immediately adopted me as one of their own. Limerick became my home.

It was during a freezing training session at Munster towards the end of 2020 that I just knew I had entered the final stretch of my career. I asked myself whether I was still enjoying this enough to earn the continued support of Munster and Ireland, and to justify the sacrifices my family was making. From a performance perspective, the answer was yes.

But I always had the intent to retire while I was still playing some of my best rugby. I also knew I wanted my daughter Everli to grow up around her family in South Africa. When all these intentions and considerations intercepted each other during that training session, I discussed the implications thereof with coach Johann van Graan and the Irish Rugby Football Union.

I deeply appreciate that they tried to persuade me otherwise, but I knew it was time. I will be playing my final matches as a professional athlete with contentment and gratitude for what was and for what lies ahead in the next chapter of my life.

I have many people to thank, and I will do most of the thanking in a private setting. For now, I want to say thank you to my parents, Jannie and Amanda, my brother Janneman, my wife Jean-Marié, my daughter Everli, and my family-in-law as well: Ryk (Sr), San-Marie, Ryk, and Elsje. Your boundless love and support carried me.

Thank you to my agent, Gerrie Swart. You convinced me that Limerick was a great fit for me, and you have never been more right about anything. I also sincerely value your guidance during this transitional time. 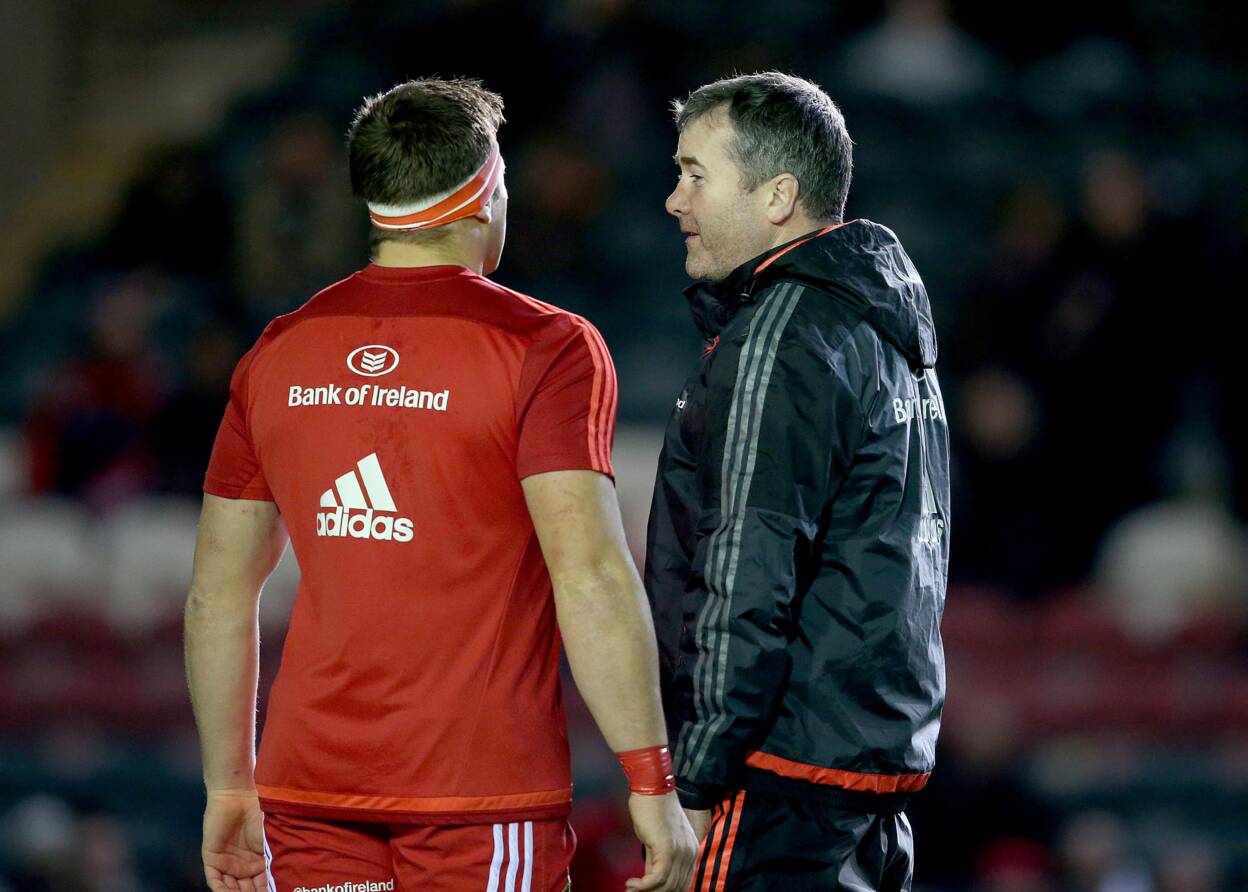 I reserve a special word of thanks to the late Anthony “Axel” Foley. Your impact on my personal and professional life remains as tangible today as it was when you were still with us.

Thank you to Johann van Graan for being such a powerful and formative force in my life. You first started coaching me when I arrived for training in Pretoria as a 17-year-old. Now, 14 years later, we’re having an Irish pint to celebrate a lifelong friendship.

Thank you to the people of Ireland, my larger rugby family in Limerick, the Irish Rugby Football Union, Joe Schmidt, who first selected me to play for Ireland, Andy Farrell, who continued to back me, and every teammate and member of management I have had the honour of sharing a dressing room with.

Not only has my English (marginally) improved thanks to your intervention, but you also pushed me to become a better player, man, husband and father. As I now shift my focus squarely back to my family, I do so hoping that I’m leaving the Irish jersey in an even better space than when I first inherited it. Ireland has enormous talent breaking through the ranks, and it is now time for me to step back and allow a new generation of players to answer Ireland’s call.”