It is set to be a big day at the Aviva Stadium on Sunday for both Billy Burns and James Ryan as they take on key leadership roles in the Ireland team to play Georgia.

Following recent cameo appearances against Wales and England, Ulster ace Burns is handed his first start at out-half alongside the vastly-experienced Conor Murray.

Having led his country for the very first time at senior level in London last Saturday, Ryan retains the captaincy in the continued absence of regular skipper Jonathan Sexton.

Speaking moments after announcing the team team for his eighth Test in charge of the side, Ireland head coach Andy Farrell expressed his confidence in the aforementioned pair. He said:

We’re excited to see Billy with his first start, obviously he gets to run the show for the side for the first time. He’s been in with us for a couple of weeks now and obviously been involved off the bench.

“It’s his opportunity to grab a hold of the team and the game and run the show. We’re excited about that. Obviously that builds a little bit of experience in that position for us as well.

There will also be plenty of interest in the performances of Finlay Bealham and Stuart McCloskey, who have been named at loosehead prop and inside centre respectively.

Traditionally a tighthead by trade, Bealham switches to the opposite side of the scrum after coming on for Cian Healy in the loosehead position last week against England.

McCloskey is set to pick up his fourth senior cap with Ireland – and first in two years – with Farrell noting: “Finlay Bealham, obviously playing at loosehead, is something that we’ve been thinking about for a while and one or two others in that area as well.

“Because we need to try and build a bit of background in that area of the game for ourselves as well. Finlay, he has been in fine form for us. He’s certainly a guy that’s able to get around the field and bring some physicality to his game.

“We’re excited to see how he goes in the loosehead and then Stuart McCloskey, he’s been waiting some time for his opportunity.

“We’ve been saying for some time that the chance is going to come and when it comes you’ve got to be ready to be able to take that opportunity. He’s in fine form. We’re excited to see the partnership with him and Chris (Farrell).” 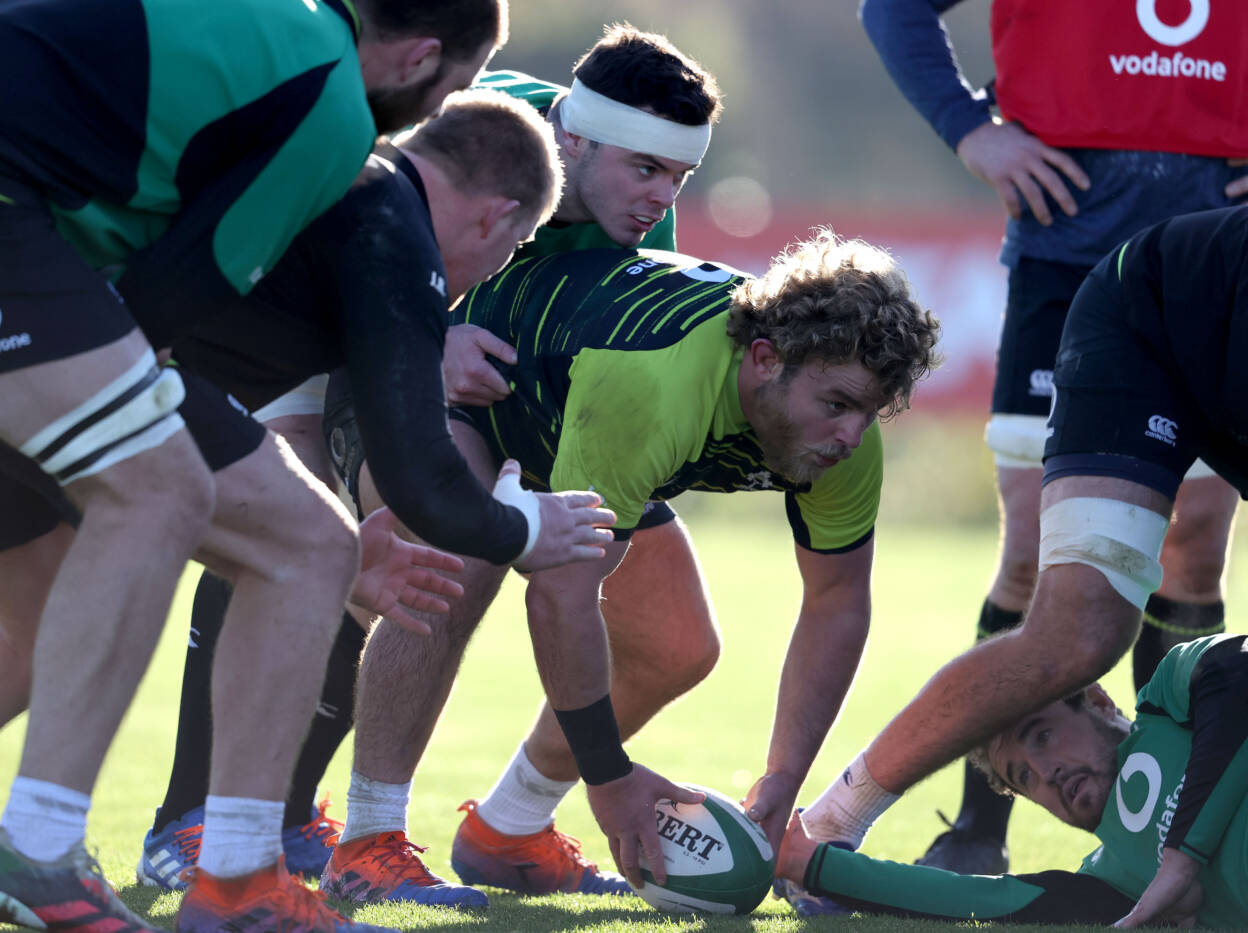 Bealham is given the nod in the starting XV – with Healy switching to the bench – despite the addition of Ulster’s Eric O’Sullivan to the wider squad this week. As tempting as it was to offer the specialist loosehead a spot in the matchday squad, Farrell felt it was not the right time for him.

“Obviously he’s filling in for us at this moment in time. It’s a very difficult position for any player who has never been in camp before and this is Eric’s first time in camp with us.

“From time to time, you tend to bring guys in that could fill in because they’ve been into camp and understand all the different ramifications of what it takes to get sorted for an international week. 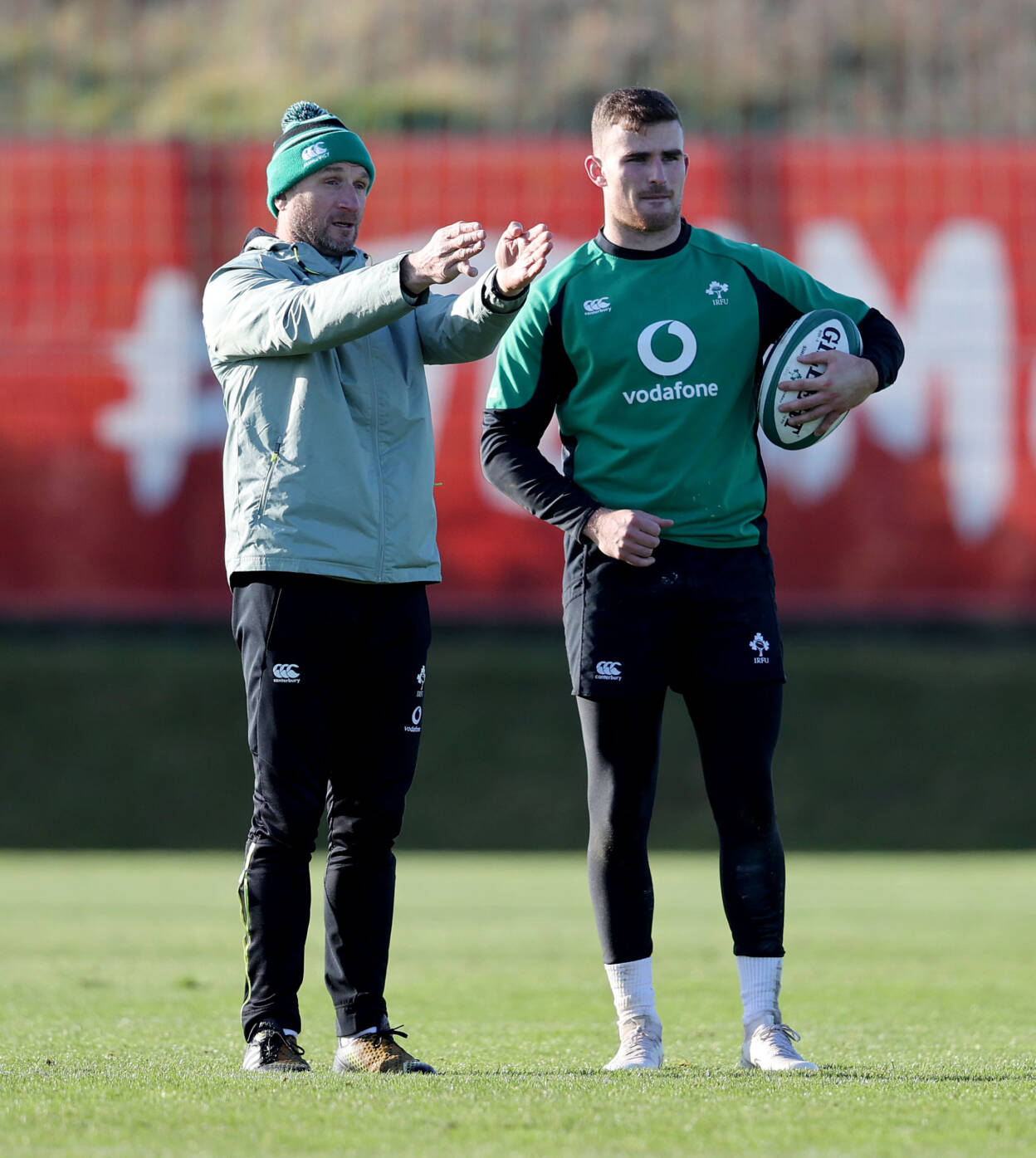 There is set to be another debutant this Sunday, however, with the uncapped Shane Daly named on the bench, primarily as cover for the back-three. Should he come on as a replacement, the Corkman will become the tenth player to win a cap during Farrell’s first year at the helm.

Daly’s progress has been hampered by injury since joining up with the squad last month, but Farrell is thrilled to be able to give the promising 23-year-old his first exposure to Test rugby.

“He came in fully fit and then reinjured a groin issue so he missed a couple of weeks. He has fitted in unbelievably well. We always talk about the different pressures of a training camp at international level, especially for a youngster.

“He’s fitted in very well. We’re excited to see him. He’s a player that can cover many positions for us as well, and out there on the field he’s calm and collected with how he approaches the game. We’re hoping that he brings that to his debut performance at the weekend.”

In addition to Sexton, Robbie Henshaw and Ed Byrne, who were all ruled out at the start of the week, Farrell also confirmed that James Lowe and Andrew Conway were not considered after picking up knocks in the past few days.

Yet rather than adding more new faces to his squad for their final two games of 2020, he has largely kept faith with the players he selected originally while also keeping an eye on the development of Ireland’s wider talent pool.

“Obviously we’re always thinking about what we should bring in, but at the same time there’s a lot of lads within our squad that have worked unbelievably hard for an opportunity,” he added.

“Some of the lads that you might be talking about, I suppose their experience is probably, for now, better off getting some games under their belt at senior level in the provinces.

“Hopefully, in the not too distant future, playing in some big games. In European games or derbies and we can judge them on that.”