Following some mixed results since the return of international rugby last month, stand-in captain James Ryan is hopeful that Ireland can finish 2020 ‘on a high’.

Either side of an emphatic victory over Wales in their Guinness Series and Autumn Nations Cup opener, Andy Farrell’s men have suffered defeats to France and England in separate competitions.

They also enjoyed a comfortable success at home to Italy last month in what was their first game together in all of eight months.

Ireland round off their Group A campaign in the Nations Cup with Sunday’s visit of Georgia to the Aviva (kick-off 2pm). They will have a fifth and final home game of the calendar year, six days later, against yet-to-be-determined opponents.

Speaking today at the IRFU High Performance Centre, Ryan said: “We’ve got to learn from these games. The France game, the England game, we’ve got to really take the learnings so that we’re not repeatedly making the same mistakes.

“We’ve just got to be good enough players to have that ability to have that bit of calmness, to see pictures in front of you and react accordingly.

“It’s definitely a focus point for us over the next two weeks. A couple of more games and we’re looking to finish on a high now. Be brimming going into the Six Nations.”

Having initially avoided defeat in his first eight Tests with Ireland – and lost just once in his opening 13 games in green – the last 18 months has seen Ryan encountering satisfaction and frustration in equal measures.

While there have been encouraging signs under Farrell’s watch so far, a fourth successive defeat (and a second in 2020) to England has left some people pondering where Ireland currently stand in comparison to world rugby’s leading sides. 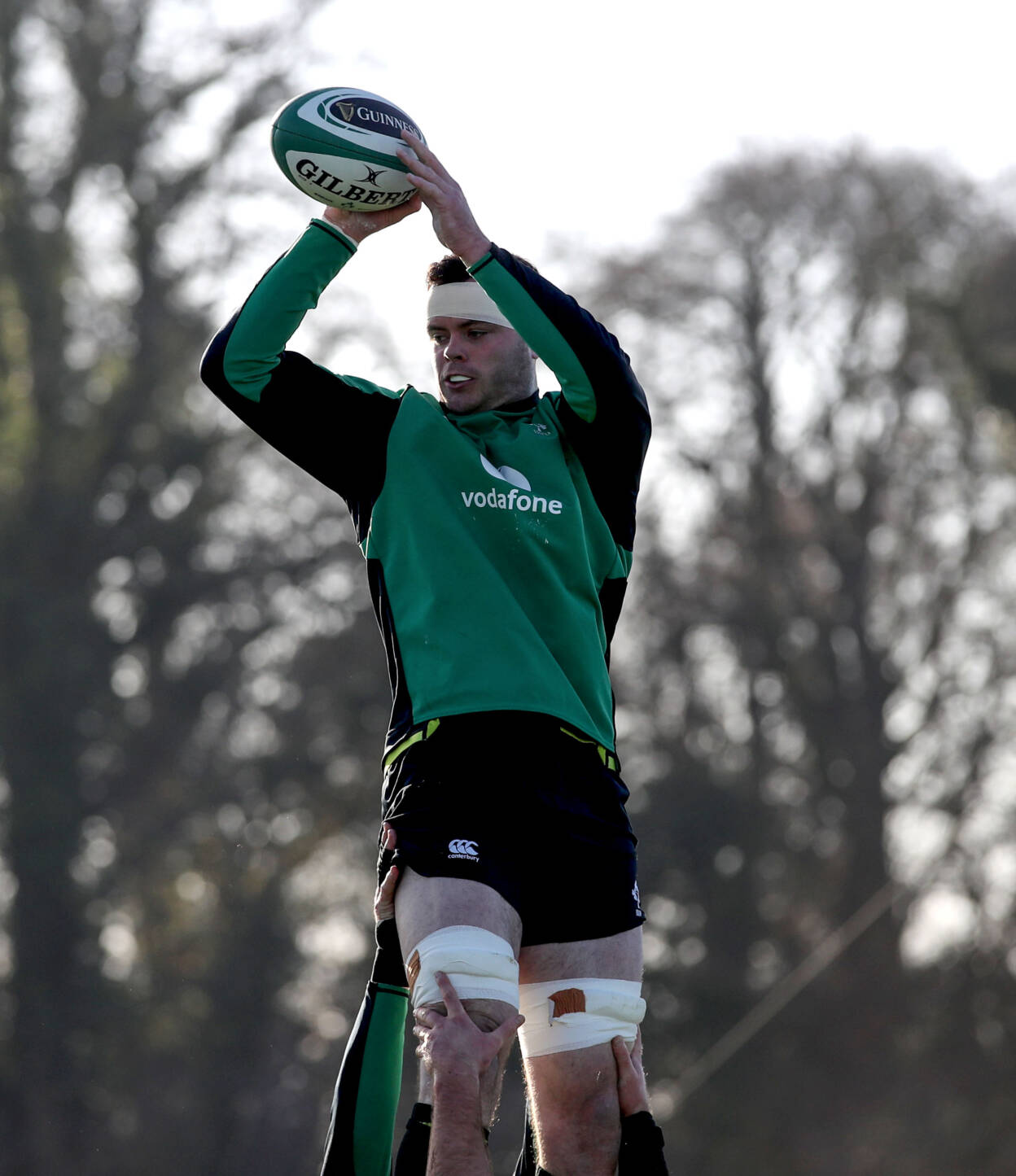 Despite those disappointing recent results against Eddie Jones’ men and les Bleus, Ryan believes it will not take much for Ireland to turn the corner in 2021.

If you stand back and look at the (England) game, their first try, Owen Farrell went to the edge on that kick, I thought, because the lads were defending so well through the middle.

“If you look at their other scores, Jonny May’s (second) try, he does unbelievably well to finish but it’s kind of on the back of our own mistakes after a big opportunity for us to get a score there.

“Six points from stupid penalties, one of which was from myself. If you look at where they’re getting their scores from, obviously they’ve defended unbelievably well, but I don’t think we’re very far from being able to go toe-to-toe with the world’s top couple of teams.

“As I said, we’ll take confidence from that. Yes, we’ve got to learn and we’ve got to really digest, make sure we’re not repeating the same mistakes.

“At the same time, if we’re a bit more accurate, if we’re not giving them that access into the game, I think these games will be very close.

“We’ll see how we go the next couple of weeks and we’ve got a Six Nations to come around obviously after that. We’ll get an understanding then of where we are, but as I said, I don’t think we’re far away.”

En route to delivering the goods on a consistent basis against fellow tier 1 nations, Ryan feels the Irish public will need to be patient as some of the squad’s newcomers continue to find their feet in the international arena.

“It was a relatively inexperienced side in comparison to some of those (English) guys who have been together for nine, 10 years. As I said, I was proud of the lads. I thought we really fronted up defensively.

“Guys like Caelan Doris, I thought, really stood up and although we didn’t finish those opportunities, I thought we kept slamming the door. We kept working very hard for each other.

“We’ll take massive confidence from that physicality that the lads showed and now the next layer of that is just about being a bit smarter.” 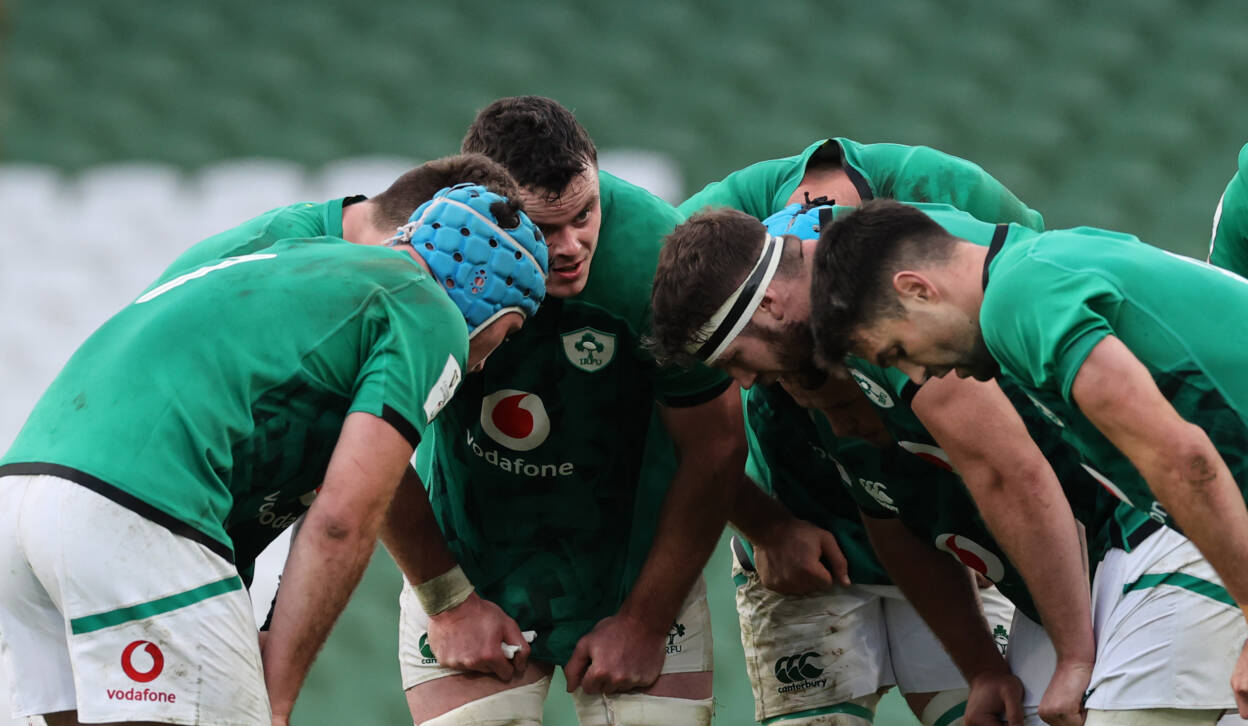 The young Leinster lock’s approach to the role ensured it was a relatively seamless transition to skipper, with the likes of Sexton and Peter O’Mahony ensuring there was not any extra burden on his shoulders. Ryan added:

I just tried to focus on my own game and that’s what I tried to do. Once the game started itself, I kind of forgot I was captain to be honest.

“If I wasn’t dealing with the ref, I was just kind of doing my own game. As I was saying last week, there was plenty of experience there as well beside me.

“We kind of took things by the reins together that week and obviously Johnny was in camp as well. There wasn’t any massive, extra responsibility or anything like that. For me it was fine and again just focusing on my game. Not getting sidetracked by all of it.”