After waiting patiently in the wings for the past few weeks, Ulster centre Stuart McCloskey is ready to resume his international career with Ireland.

A debutant at inside centre in a 2016 Six Nations clash with England at Twickenham, it was close to 21 months before his next opportunity in a green jersey – a November Test against Fiji in 2017.

He picked up his third Ireland cap just over two years ago and grabbed a try in a convincing victory over the USA at the Aviva Stadium.

With competition for places in the Irish midfield – and so many players capable of switching between the 12 and 13 channels – he has had to bid his time since then.

Despite being part of the wider squad for the Guinness Six Nations either side of lockdown and the opening two rounds of the Autumn Nations Cup, McCloskey has remained idle for seven games in succession in 2020.

That is set to come to an end at the Aviva Stadium this Sunday when Ireland host Georgia in their final Group A game in the Nations Cup, as part of the Guinness Series.

“There’s been times where maybe I thought I’ve been playing excellent,” admitted the Bangor native. “I’ve been there or thereabouts for the whole time, but there’s a lot of good competition there.

“You think of all the guys that are here. Bundee (Aki), Chris (Farrell), Robbie (Henshaw), Ringer (Garry Ringrose) is out injured and you’ve got the younger guys coming through now.

“You’ve got the two guys at Ulster, you’ve got Ciaran Frawley at Leinster and then you’ve got Scans (Rory Scannell) at Munster. There’s a lot of talent there, it’s probably the most talented of any position in Ireland.

“At least I can go off knowing I’ve given it the best shot. I know I haven’t given it my best shot so far. I just want to go out there and really deliver.” 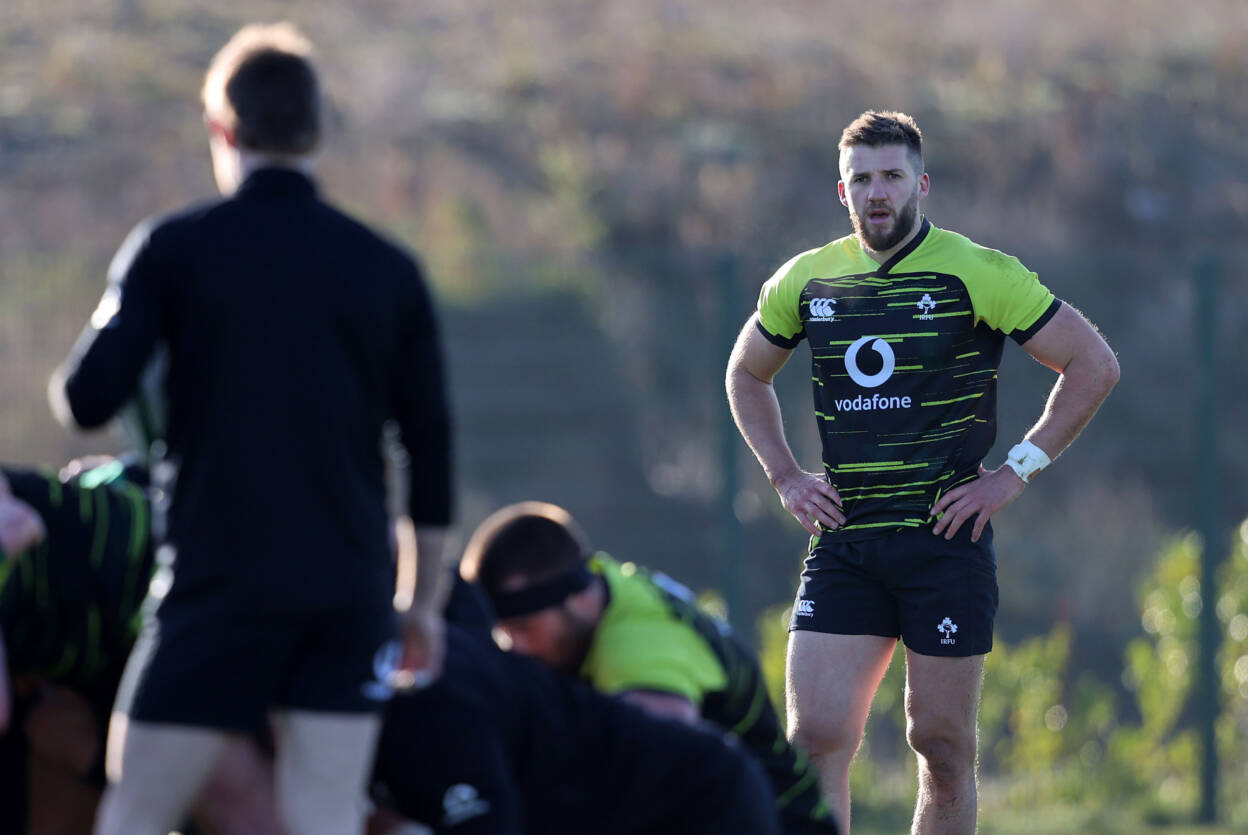 Still only 28 years of age, McCloskey was relatively young when he first came onto the Ireland scene. While he always felt he possessed a strong skill-set, he admits the defensive side of his game has improved over time.

I’ve added a lot. I think I had a lot of skills back then. Defensively, I think I’m a lot better now. That’s five years ago now, I think everyone sort of gets a bit better at defending with age and reading defences.

“In terms of defence, I think that’s probably the thing that’s come on the most for me in terms of just knowledge and even my role in the team as a leader.

Reflecting back on his first experience of Test rugby against England just under five years ago, McCloskey regrets not leaving more of an imprint on the game.

Having benefited from a consistent run of matches at Ulster, he knows he will need to hit the ground running against Georgia if he wants to remain in Andy Farrell’s plans going forward.

“It seems like a long time ago now looking back on it, but the England game, it’s nearly five years ago now. I remember playing in it and thinking I played alright.

“I just didn’t get another go and then the two (others) I had, I played alright. I was playing Fiji and the USA. Unless you’re tearing it up against them, you’re not going to get another opportunity.

“I’d just like to hopefully play well and get another game on the back of it, really try to put my mark down.

“I think that’s something I’ve been lucky with at Ulster over the years, where I’ve played game after game and it has allowed me to get a bit of form and really get a feel for the team.

“I think looking back on it, I just wish maybe I’d put more of a mark on my first game against England. Maybe I just tried to fit in a bit too much.”

Although he has not lined out for Ireland since rejoining the squad in mid-October, McCloskey has been heavily involved in team preparations at both the IRFU High Performance Centre in Blanchardstown and their hotel base in Carton House. 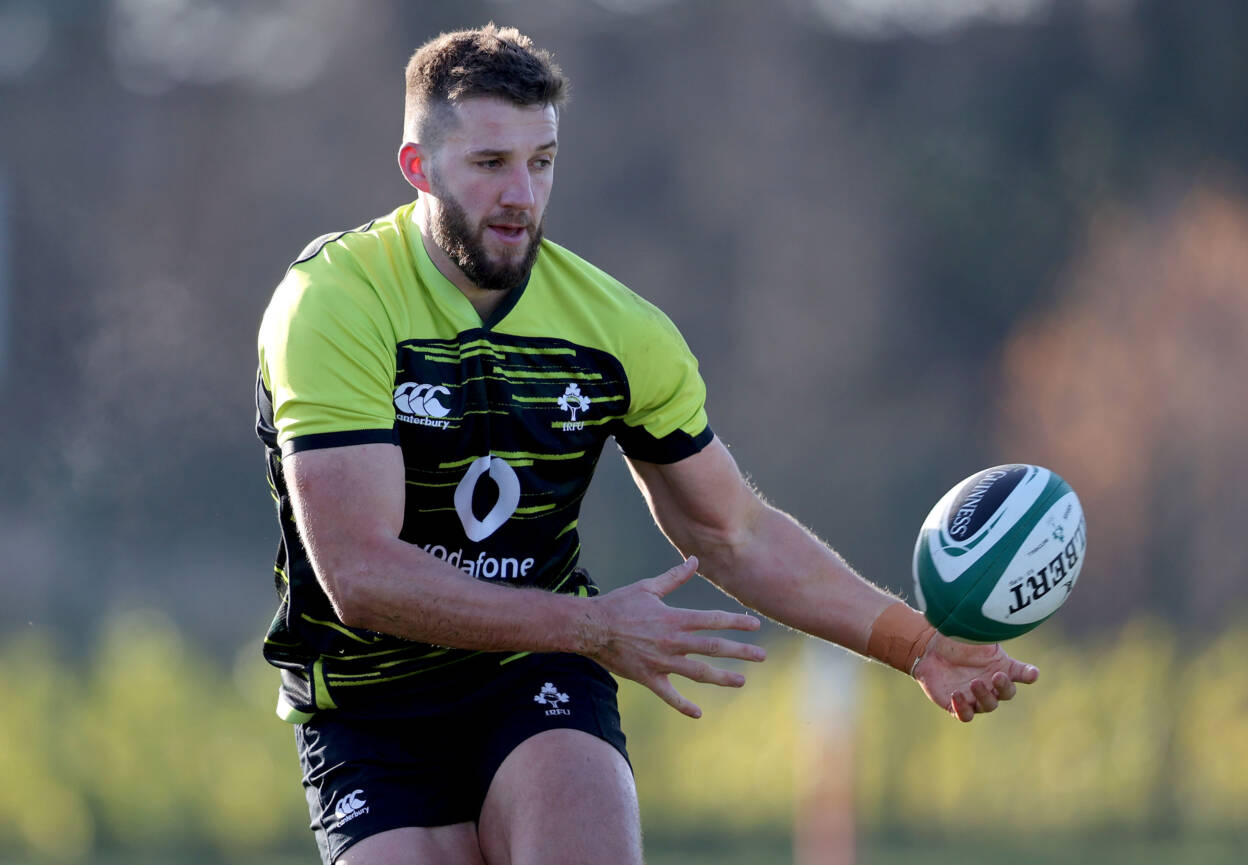 Despite the disappointment of recent defeats to France and England, which came on the heels of wins over Italy and Wales, he believes ‘fine margins’ are what are currently separating Ireland from the top teams in world rugby, adding:

I don’t think there’s a lot between the teams. Every game nearly I’d go in thinking Ireland are favourites or, if not favourites, very, very close.

“There’s no real teams in the world now that I’d think going into them we wouldn’t be there or thereabouts. When you look back over the fine margins of games, you see how close we were.

“I don’t think some people on the outside sometimes see how close it was and maybe the scoreline didn’t show that. We did have a lot of opportunities and we just need to take them.”