While it was already beginning to take off before lockdown, the past couple of months has seen Will Connors’ career progressing to a whole new level.

Having underlined his credentials with two tries for Leinster against the Toyota Cheetahs in the Guinness PRO14 back in February, Connors made his European debut in September’s Champions Cup quarter-final defeat to Saracens.

That was the fifth of his six appearances for Leinster following rugby’s restart and it was enough to earn him a call-up to Andy Farrell’s Ireland squad for the autumn international window.

The 24-year-old flanker enjoyed a try-scoring Ireland debut against Italy last month and is set to pick his fifth cap on Sunday when Georgia are the visitors to the Aviva Stadium.

Speaking ahead of that Guinness Series and Autumn Nations Cup third round fixture, Connors said: “I’d say the biggest (learning) really is that at that top level, mistakes are punished. You can’t lose a moment.

You can’t really zone out of a game for a second because that’s what top teams are trying to expose you at. That’s in the mental side of the game as well as being able to push myself physically to keep going for 80 minutes.

“Then as well, you can’t just be a one-trick pony either. You need to be adaptable and you need to be able to play both sides of the ball.

“I’ve definitely been pushing myself skill-set wise and trying to get on the ball a lot more. Definitely trying to back myself as a carrier.”

Indeed, despite his reputation as a chop tackler, Connors is doing his utmost to show there is a lot more in his locker as an openside flanker.

“At the end of the day, that’s just part of my game. I know it’s something that has definitely gotten me to this point. I worked a lot on the ball and stuff.

“All the way up through rugby, ball-carrying has been where I’ve prided myself off and defensively I’ve been happy with how things have been going, chop tackling and stuff. Ball in play, when I’ve the ball in my hands, I’m confident on it. I like to play, I want to get involved as much as I can.”

In a bid to expand his repertoire, Connors has been working very closely with CJ Stander, who he is named alongside in the back row for Sunday’s game. Stander is noted as a top quality poacher and the breakdown is an area of the game that Connors would like to become more proficient at.

“Both of us are working together to learn off each other. We’ve started calling it a bit of a ‘chop shop’. He’s trying to teach me how to get in onto the ball quickly, while I’m trying to teach him those first few steps in chop tackling.

“He’s one of the best poachers in the game so to be able to learn skills off him like that is priceless.” 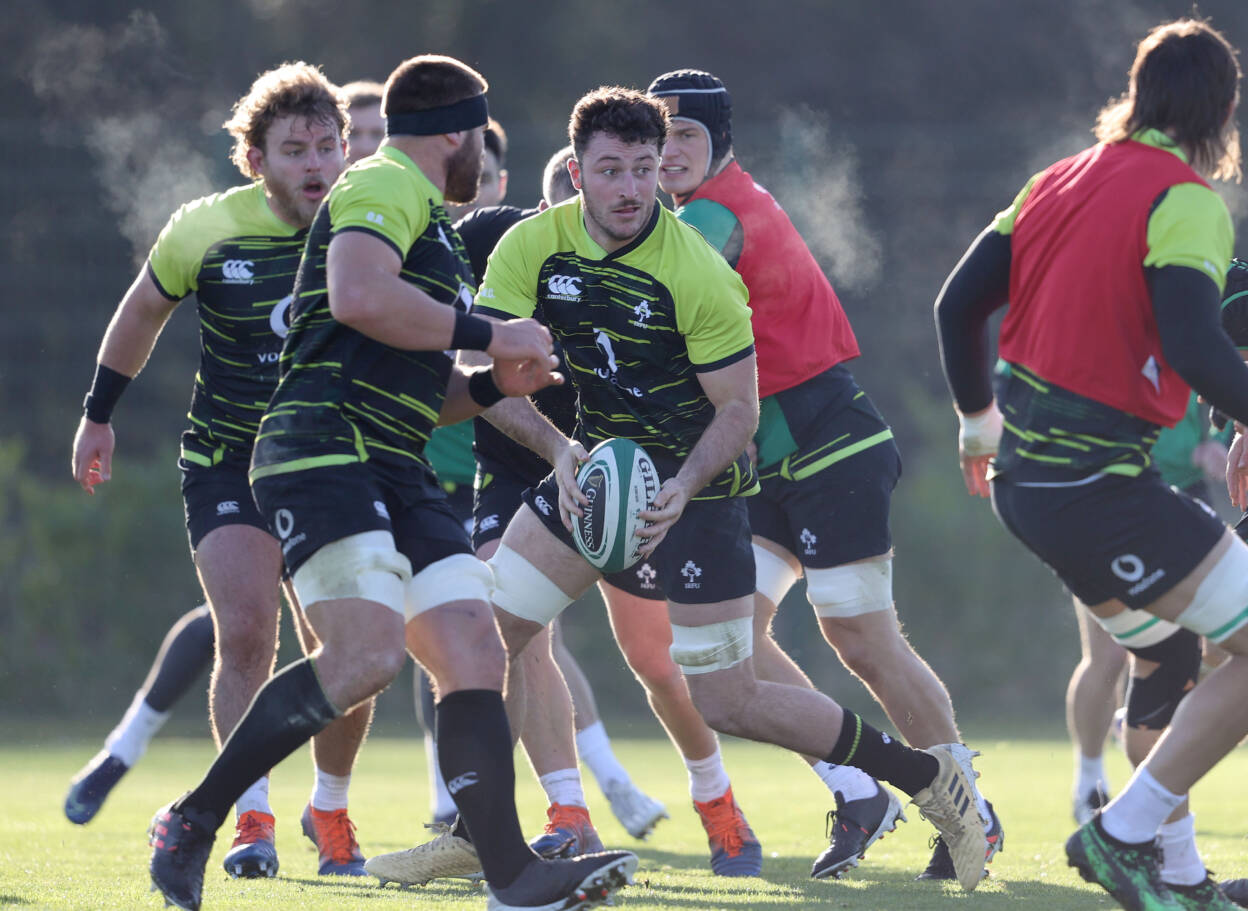 Following an impressive first round win over Wales, Ireland’s Nations Cup campaign hit a speed bump in the form of an 18-7 defeat to England. The past few days has seen the squad trying to absorb the lessons of that London loss so as they look to retain their 100% home record under Farrell.

Connors added: “England are obviously a quality side and I think we’ve learnt a lot of lessons in terms of not just running into brick walls, especially in attack. Being able to move the point of attack, little tip passes here and there.

“That’s definitely something, we need to expand our game. It’s tough to take a team on physically like that. We’re just trying to really play what’s in front of us.

“We’re all good rugby players and at the end of the day, it’s all about playing what’s in front of you. Being able to trust yourself to give a pass here and there. That’s definitely something we’ve been working on the last week.” 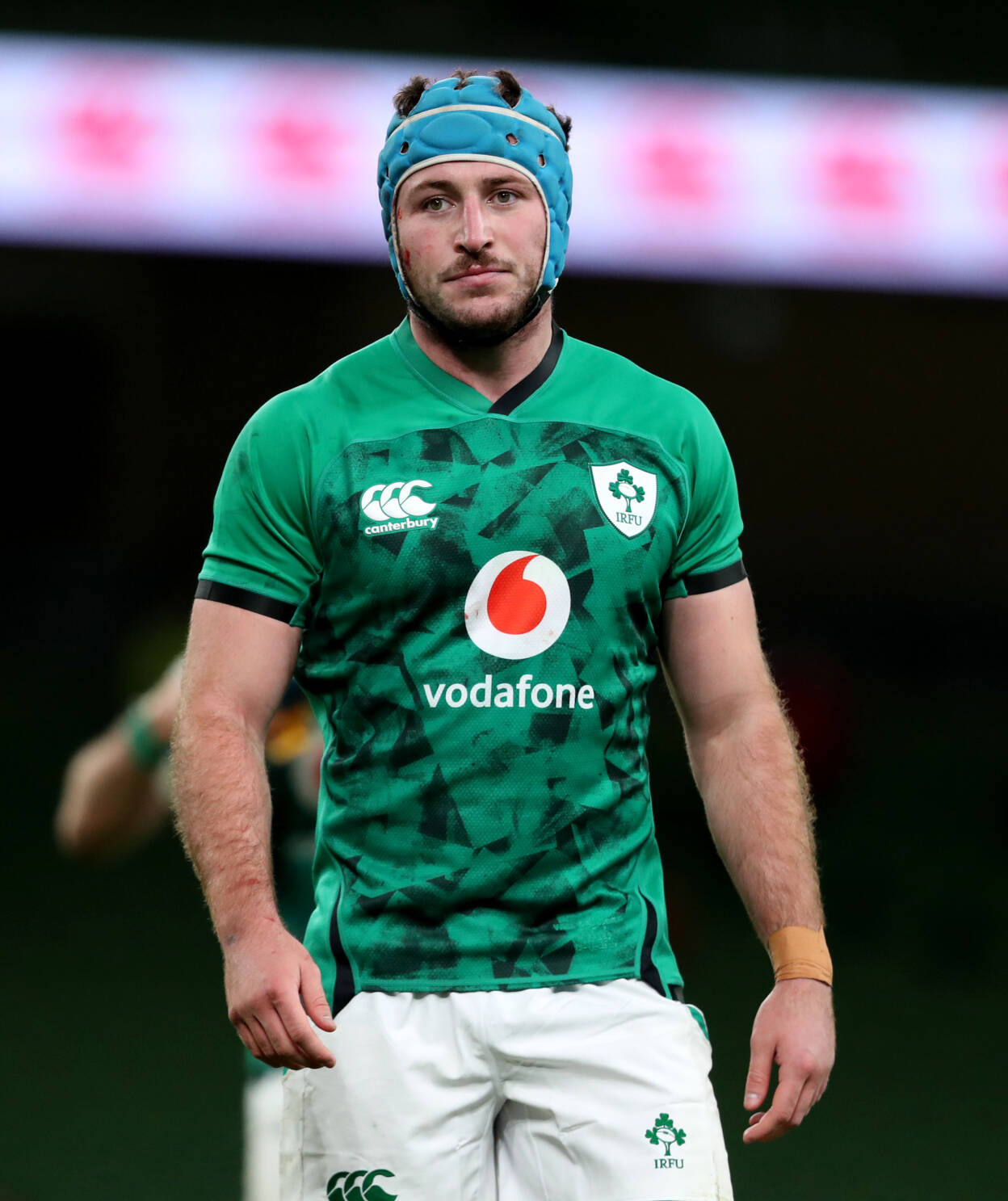 Being ensconced in Carton House, Ireland’s team base, is somewhat peculiar for Connors, having grown up approximately 10 miles down the road in Donadea.

It is roughly the same distance to his alma mater, Clongowes Wood College, who also count current senior internationals Tadhg Beirne and Ed Byrne amongst their past pupils.

It was just a few short years ago that Connors visited the Ireland squad in the Maynooth hotel as a young supporter and while he did not anticipate he would be there one day as a senior international himself, he is embracing every moment of this journey.

It’s a weird one. A few years ago, when I was only a young lad coming up here watching training, it was definitely a cool experience. I was coming up and getting autographs.

I remember I came up here getting my shoes signed. It was definitely the place you wanted to come when the Ireland team were in town. I didn’t think I’d be here myself, but it definitely is a really good group.

“There’s a lot of lads that I’ve gotten on really well with and a lot of lads I would have gotten on well with in Leinster. You look at the likes of Caelan (Doris), he’s putting fivers on rock, paper, scissors. He keeps you busy, he keeps you on your toes. There is a good group of lads here, so we’re enjoying ourselves.”