Flanker Peter O’Mahony is hoping to be back with a bang this Friday night when he makes his first international start since February.

Following appearances off the bench against Italy and France, O’Mahony is recalled to a back row that also features Leinster pair Josh van der Flier and Caelan Doris.

As delighted as he is to be donning the number 6 jersey again, the Cork native will adopt a familiar approach ahead of Ireland’s opening Guinness Series and Autumn Nations Cup clash with Wales.

“I felt huge pressure to perform coming off the bench the last couple of weeks. I think every time you get the opportunity to be selected in an Irish 23, there’s huge pressure,” he said.

There’s pressure from a lot of angles, but most importantly is yourself and your team-mates. That’s where it comes from, you want to perform for them.

“Perform to play in an Irish jersey, it speaks enough for itself. It doesn’t matter whether you’re coming off the bench or whether you’re starting, there’s a huge amount of pressure to perform.

“I’m grateful for the opportunity. Obviously I’ve been here before and I understand the levels it takes to prove yourself at this level. It’s an opportunity for me.

“I considered the last two weeks opportunities for me to show exactly what I can do as well, given a shorter amount of time. I’m not treating it any differently, I’m not preparing any differently.

“The last couple of weeks I was picked to do a job off the bench and I feel like I performed quite well. It doesn’t change the way I prepare for a game or prepare for the team.”

Already one of the most experienced figures within the group, O’Mahony’s leadership is even more important with so many new faces now part of Andy Farrell’s set-up.

Nine players in the matchday 23 to face the Welsh have five caps or fewer – including debutants James Lowe and Billy Burns. 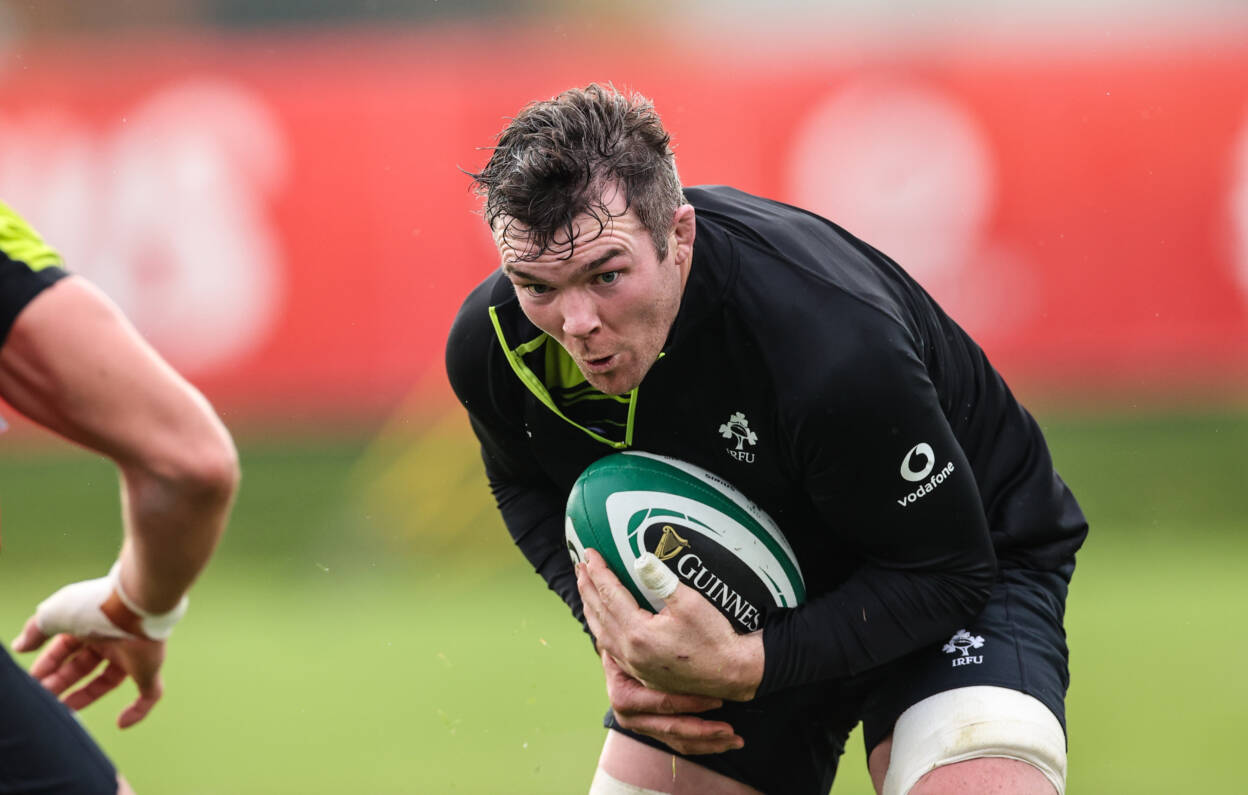 O’Mahony will make his 70th appearance for Ireland on Friday night, having made his debut against Italy back in 2012. Whereas the Munster captain was once the new kid on the block, he is now expected to be a guiding force for the novices.

The 31-year-old back rower has been impressed by the way the newcomers have settled in over the past few weeks.

“A lot of these guys, as you can see, are Test ready. Very, very hungry to learn, get stuck in and involved, which is great. It is daunting to come into an environment.

“It’s a relatively new group, but there’s still a lot of guys around for a long time. Just to get in and fit into a group at times can be daunting.

“To be fair to the people who have been here for a while, we’ve tried to make it as easy as we can but you’ve got to get the buy-in from them and the interest. That they’re hungry to learn and get stuck in.

“Not just that, have the craic around the place. Hanging around after dinner and stuff, which is very important for going forward and playing alongside each other.

“They’ve all bought in and it has been good fun. It doesn’t matter whether they’ve been here three weeks or eight or ten years. It’s been really enjoyable the last few weeks and that’s a credit to them and the group that has been here for a little bit longer.”

While James Ryan and Iain Henderson have held off stiff competition to earn the starting spots in the second row, O’Mahony, van der Flier and Doris all get the nod ahead of some equally high-class operators.

Will Connors, who is on the bench this time, CJ Stander and utility forward Tadhg Beirne were the other options at the back of the scrum for Farrell.

Regardless of the combination that is selected, O’Mahony believes the camaraderie developed within the team’s training and hotel bases helps them to perform as a cohesive unit come match day.

“You’ve huge confidence in the way the guys have performed. Obviously Caelan, Will Connors, Josh has been around for a long time now – even though he’s still a young man. You’ve guys like CJ obviously who are very experienced, training-wise, Test match-wise.

“You mightn’t always get to train in minutes together or play in minutes together, but it’s the time you spend chatting in camp, outside the 50, 60 minutes you might get on the pitch twice a week. You have to work hard off it as well to get aligned.

“As I said, you take huge confidence in the performances that guys have put in, but it’s the little bit extra that you need off the pitch to gel at the weekend, which is what we’re in the middle of at the moment.” 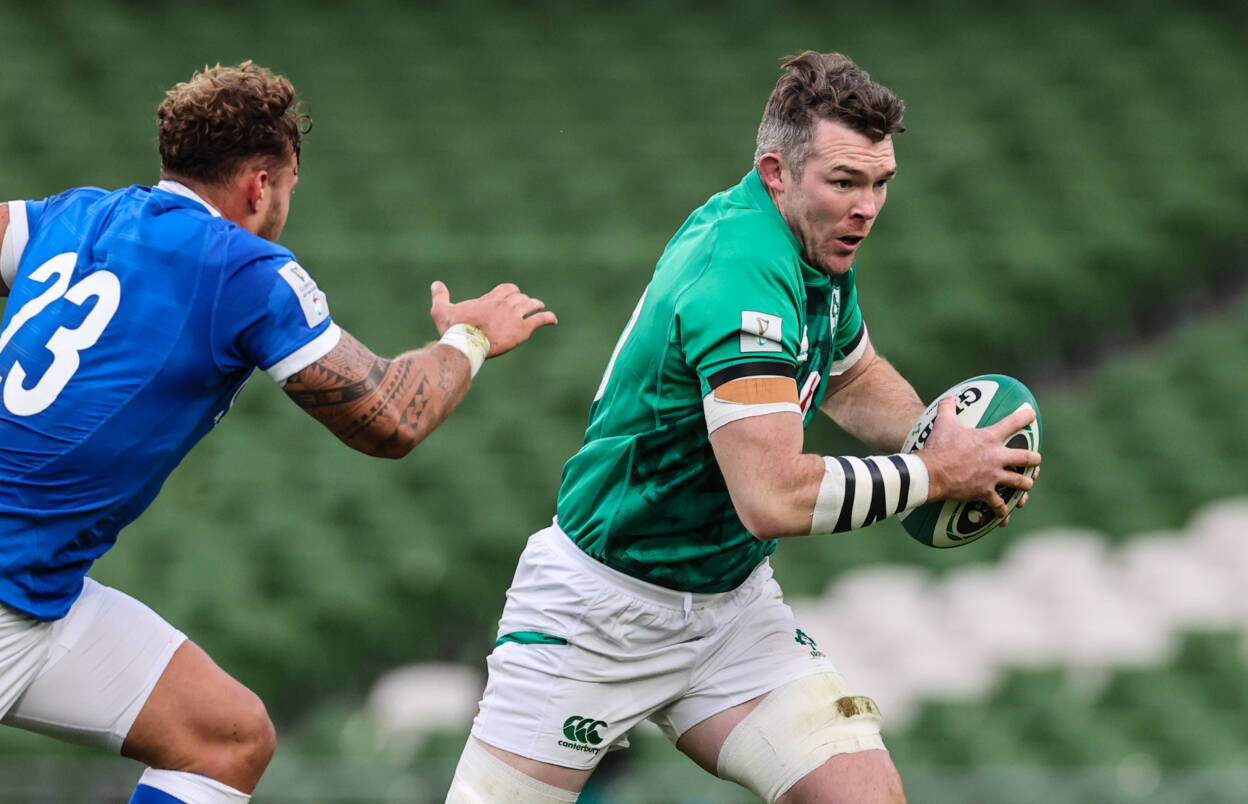 Having faced Wales on no fewer than nine occasions – and shared a dressing room with a number of Welsh players on the 2017 British & Irish Lions tour – O’Mahony is well aware of what sort of challenge they will put up at the Aviva Stadium.

He added: “They’re a tight-knit group. They’re big game players, incredible rugby players and when they put on the Welsh jersey it seems to bring them alive. When we play against each other it’s always an incredible Test match.

There’s an incredible rivalry obviously there for a long time and I wouldn’t be expecting any different at the weekend.

“Set piece is paramount really for any rugby game. Particularly against a team like Wales, who won’t give us a huge amount of set piece. Opportunities will be few and far between, you’d imagine.

“You have to be accurate and it’s always top of our tree, every Test match we go into. Set piece accuracy is very much up there and that certainly won’t change at the weekend.”