Nine years after they last started together in an Irish team, Chris Farrell and Robbie Henshaw are Ireland’s centres of choice for Friday’s showdown with Wales at the Aviva Stadium.

Back in 2011, Farrell and Henshaw were part of an Ireland squad that secured the European Under-18 title with a superb 17-8 final victory over England in France.

It is surprising that Farrell and Henshaw have not been named together in a starting XV since then, although injuries to both players has been a mitigating factor in this regard.

However, they did play the final 27 minutes of last month’s Guinness Six Nations defeat to France as a centre pairing. Farrell is at ease in the company of another player who can switch seamlessly between the 12 and 13 channels.

“The skill-set is fairly similar. It really is interchangeable. Whenever you’re in play, maybe set piece-wise, it’s slightly different. As the game goes on, you’d certainly be interchanging at times,” he noted.

It’s the first time I’ve played with Robbie in a while. I’m really looking forward to playing with him.

“I’ve played with the other centres in Bundee (Aki) and Ringer (Garry Ringrose), but this is the first time we’ll have a chance to show what we can do together as a partnership.

“What he brings, I think, compliments me in a way. We worked hard for each other and we scramble for each other, when we have to. I’m really looking forward to that actually.”

Of that European Championship success with the Ireland U-18s, Farrell added: “We played against Scotland in a game where we had to get a bonus point over in Scotland to qualify for it (the final).

“We did that and then we went on to win it. We had a pretty good partnership back then. We had a really good team as well.”

In addition to the relationships he has struck up with Ireland’s centres over the years, the Tyrone man is also establishing a telepathic understanding with Damian de Allende at Munster.

The signing of the Springbok was viewed as a major coup for the province and Farrell believes the 2019 Rugby World Cup winner is bringing a new dimension to their play.

“He’s brought a different dynamic to the team we have down there. There’s so much about him that’s so different to me that I can learn from. He’s so, so calm on the ball.

“He’s a player that just gives himself so much time. All the top players do that. When I look in here and you see Johnny (Sexton) does that, a lot of our 10s do that. Give themselves time on the ball.

“They glide, they see things earlier and they get to the space easily. He’s one of those players who just seems to forever have time on the ball. His quality is something I can learn from. I’ve loved playing with him whenever I’ve had the chance so far.

“Obviously not looking beyond this weekend, but whenever we get back to our provinces, I’m pretty excited to be joining up with him again and seeing how that goes.” 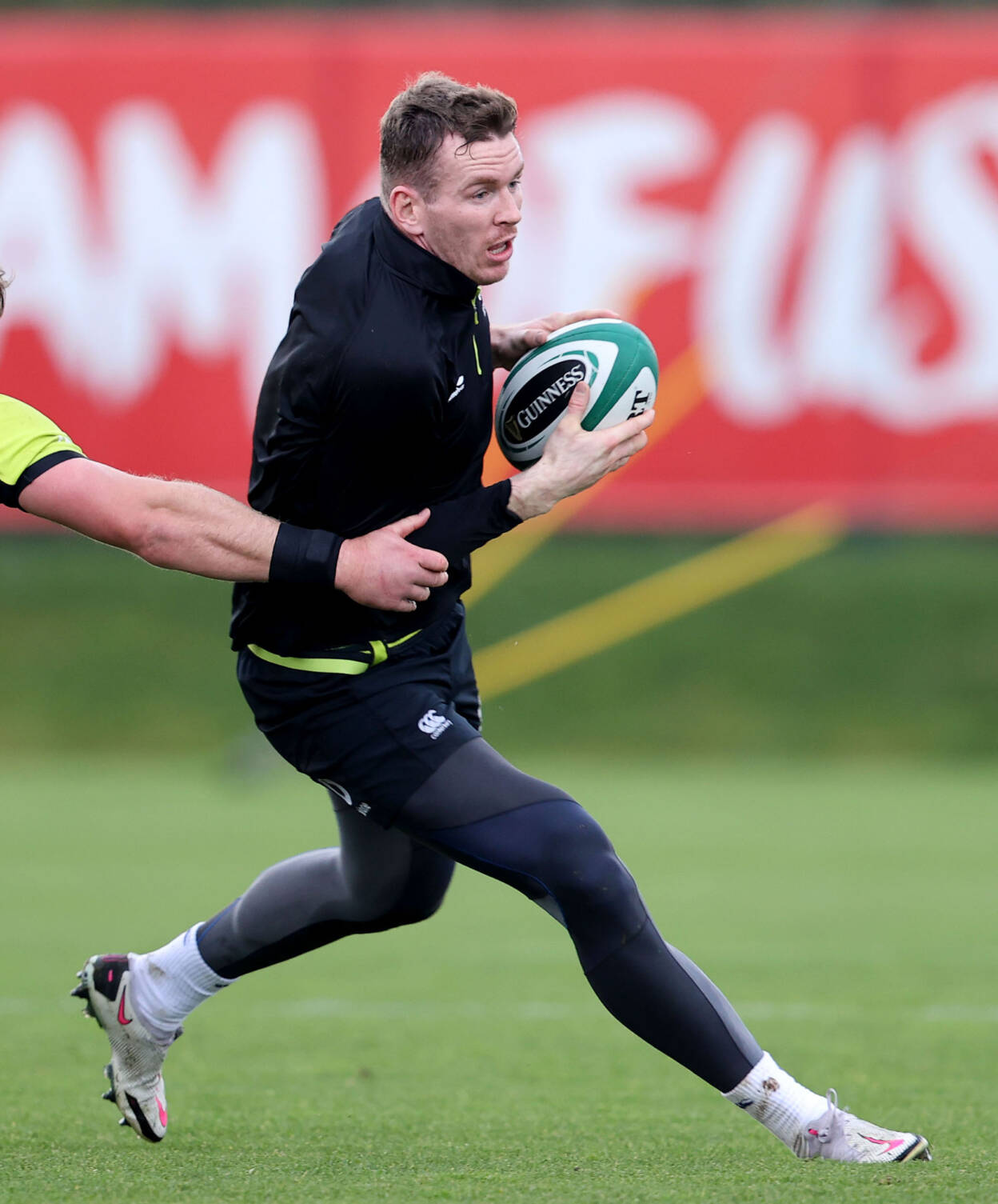 Having played against him in a number of Leinster-Munster duels, Farrell is now relieved to be able to call James Lowe one of his team-mates for the time being.

The Leinster winger will make his Ireland debut in a back-three that also features Jacob Stockdale and Hugo Keenan. Farrell is excited about Lowe’s international potential, saying:

James is a presence. That’s the one thing, having played against him. Having seen him play for Leinster, he’s such a presence on the wing. He’s such a physical player, he wants to be involved.

“He’s got that real fiery edge to him. He’s one of those players you want on your team, because you know what he’s going to bring.

“He’ll bring energy and he’ll bring physicality. Those things are what we want to see this weekend and can’t wait to see him out there in a green jersey, and play alongside him for the first time. We’ve been on the other side before and it’s quite hard to deal with. Looking forward to this side of it.”

Farrell and Ireland will aim to bounce back from the disappointing loss to France by registering their second win over Wales of 2020. It has been a difficult beginning to the tenure of Wayne Pivac, who replaced Warren Gatland as Wales head coach following last year’s World Cup.

Pivac’s Welsh side have suffered five losses on the trot – three of them by four points or less – but Farrell knows what they are capable of when things click for them. 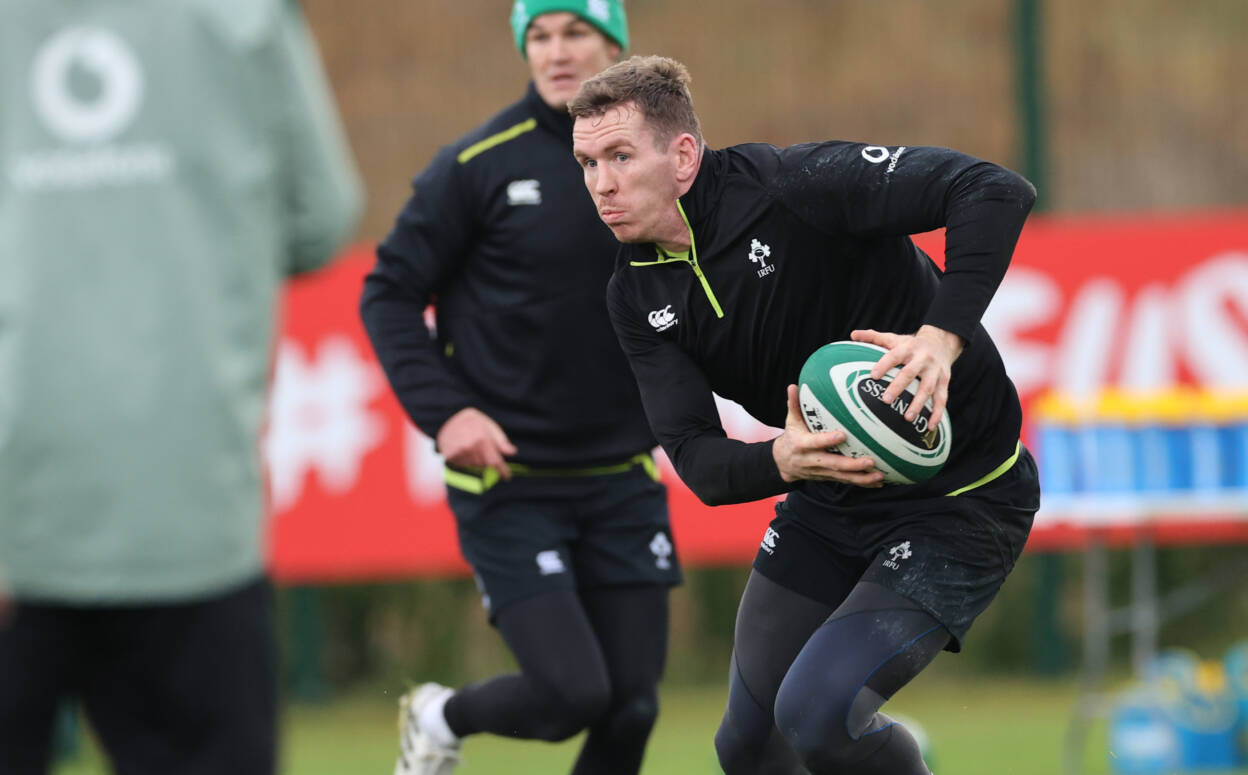 “Their group has been consistent for a while and they have quality all over the place. You look at who we’re going to face potentially in Jonathan Davies at 13 and a lot of their outside backs are really, really physical, Josh Adams and the likes.

“They have it all over the park. They’re a really, really quality side. Despite whatever is going on at the minute with their losses over the last few weeks, we know you certainly can’t switch off against a team like this.

“We know that they love playing against the Irish. If they used that as motivation for having a rebound then we’ve got to match it.

“Because they’re probably a really dangerous team this weekend. We’re well aware of that, but I think we’re in a good place to deal with it,” he insisted.