Ireland head coach Andy Farrell is excited by the potential of the 34-man squad he has selected for the Guinness Series and Autumn Nations Cup campaign.

For Friday’s opening fixture at home to Wales (kick-off 7pm), there are seven changes to the team that lost 35-27 to France in the final round of the Guinness Six Nations.

Leinster’s James Lowe wins his first cap in the back-three alongside Jacob Stockdale and Hugo Keenan, while Ulster out-half Billy Burns could also make his debut, off the bench.

With seven other players in the matchday 23 with five appearances or less, fresh faces are beginning to emerge under Farrell’s watch and he hopes they can seize their opportunities in the coming weeks.

“I’m always curious about other guys, you know. Other guys that have been waiting for a chance and we’ll see whether the wait has been good for them,” explained the Ireland head coach.

That they can grab it with both hands. You’ve got to give people an opportunity to be able to do that. We’ve got a squad that we’ve picked for this autumn window and we want to put faith in the squad, that’s for sure.

“You’ve got to give them opportunities and having said that, there are lads that are still in the squad that don’t get an opportunity this weekend. They’re in our thoughts as well.”

Lowe’s debut will be of considerable interest to the Irish Rugby fraternity, following his explosive form with Leinster over the past three years.

The flying New Zealand-born winger has won three PRO14 titles and a Champions Cup since joining the province in 2017. To date, he has scored 33 tries in 49 Leinster appearances.

Having kept a watchful eye on Lowe over the past few weeks – he trained with the squad ahead of their two recent Six Nations games but was not yet eligible to feature under the residency rule – Farrell is understandably excited to see how he goes.

“I think he brings an extra dimension to how we want to play. We’ve all seen him play and what he brings for Leinster. Hopefully he can definitely bring the same.

“Hopefully on top of that, with a good performance at the weekend, he brings another dimension and competition for places back into our squad, which is very important for us going forward.”

Lowe’s selection – at least in the matchday squad – was of little surprise as it had been mooted for quite some time that he could face Wales in this week’s Guinness Series opener.

Speaking about how the former Chiefs back found out that he is starting against Wales, Farrell said: “I suppose players do get a little bit of a sense of how things are going. Not that I actually went over to him and told him.

But there’s a little bit of a sense that he’s preparing himself to get himself ready. What I like to do with the new caps is for them to find out the same as everyone else – when the team goes up and they finally see it.

“It’s the right way to do it in my mind, that they see the team like everyone else. Hopefully it’s a good feeling when it’s announced for them.”

Meanwhile, Burns is set to become the second member of his family to be capped at international level, following in the footsteps of his England-capped older brother, Freddie. 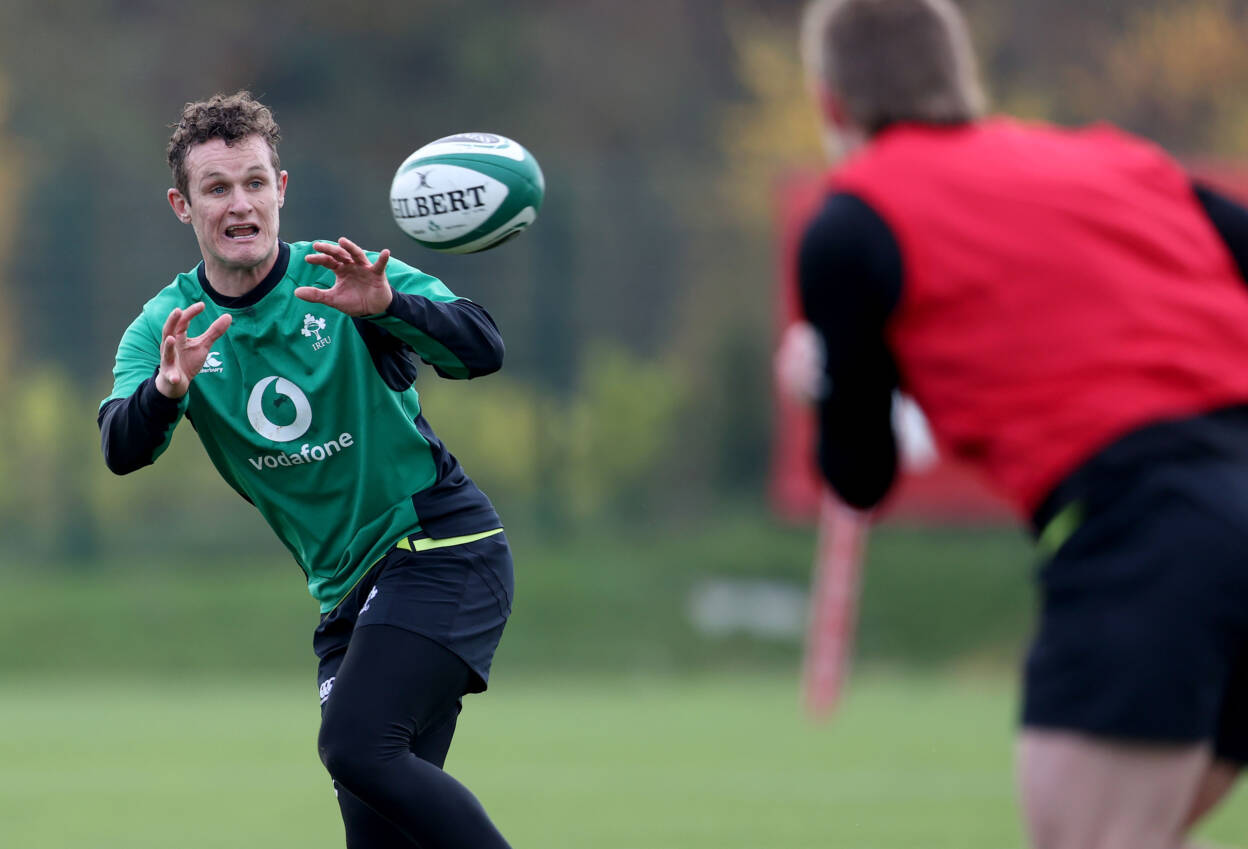 While it was not an easy decision to leave out Ross Byrne following his cameo roles in each of Ireland’s 2020 Six Nations matches, Farrell feels Burns deserves a shot at providing back-up for Jonathan Sexton.

“Billy gets his chance. Ross has played a few games for us and done well in the past. Billy, again like I said a few days ago, he’s somebody that we looked at before lockdown.

“He was great in training then and he has come back fit again. Obviously we assess him at the beginning of the week and see how he goes, etc., and we give him an opportunity to show what he’s got on the international stage at the weekend.”

Elsewhere in the selected side, Leinster duo Ronan Kelleher and Jamison Gibson-Park will make their first international starts at hooker and scrum half respectively.

Kelleher featured off the bench in the opening three rounds of the Six Nations, before a quad injury ruled him out of the post-lockdown clashes with Italy and France. 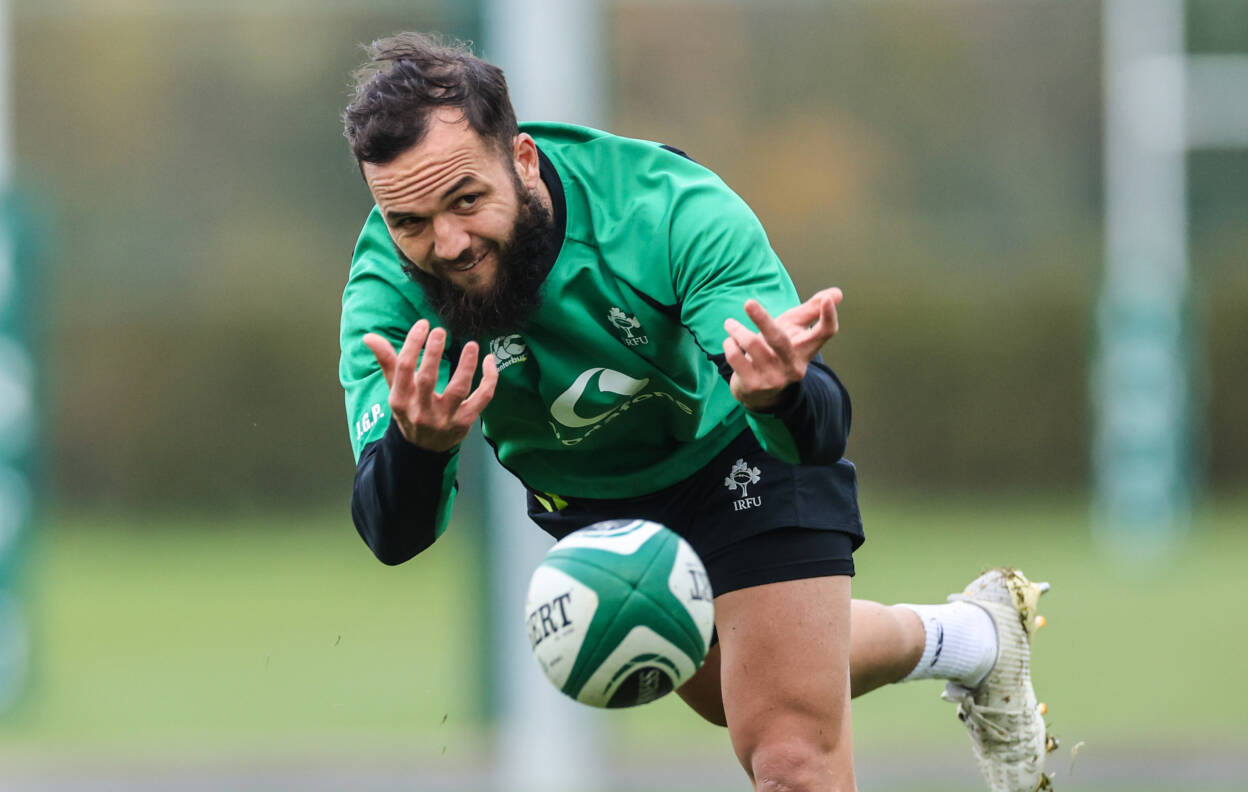 The 28-year-old Gibson-Park saw game-time in both of those games and has now been promoted to the starting XV for his third Ireland cap.

Having watched the authority he plays with during the pitch sessions at the IRFU’s High Performance Centre and Carton House, Farrell is eager for Gibson-Park to bring this to the Test match arena.

Jamison gets an opportunity to show us how he can handle a full game. He has been coming off the bench and doing pretty well in training.

“Obviously he has been with us for three weeks now and we’ve been very impressed with what we’ve seen so far.

“Managing a game throughout and not in training is something that we’re curious to see. We’re excited to see him. Again, he’s a little bit different to the other scrum halves.”