Eimear Considine returns from injury to feature at full-back in the Ireland Women’s team announced ahead of Sunday’s Six Nations match against Wales at Energia Park (kick-off 1pm). Tickets are available to buy online here.

The fit-again Considine comes in for her first appearance of the 2020 Championship after missing last week’s 18-14 win over Scotland. She is one of three personnel changes for the visit of the Welsh.

With Ellen Murphy ruled out with a calf injury, Cork native Claire Keohane, an experienced Sevens international, slots in at out-half for her first 15s international start. She made her debut off the bench during the second half against Scotland.

There is a Six Nations debut for powerful Blackrock lock Judy Bobbett, who joins forces with Aoife McDermott in the engine room. The Meath youngster (pictured below) won her first cap as a start against Wales at nearby UCD in November. 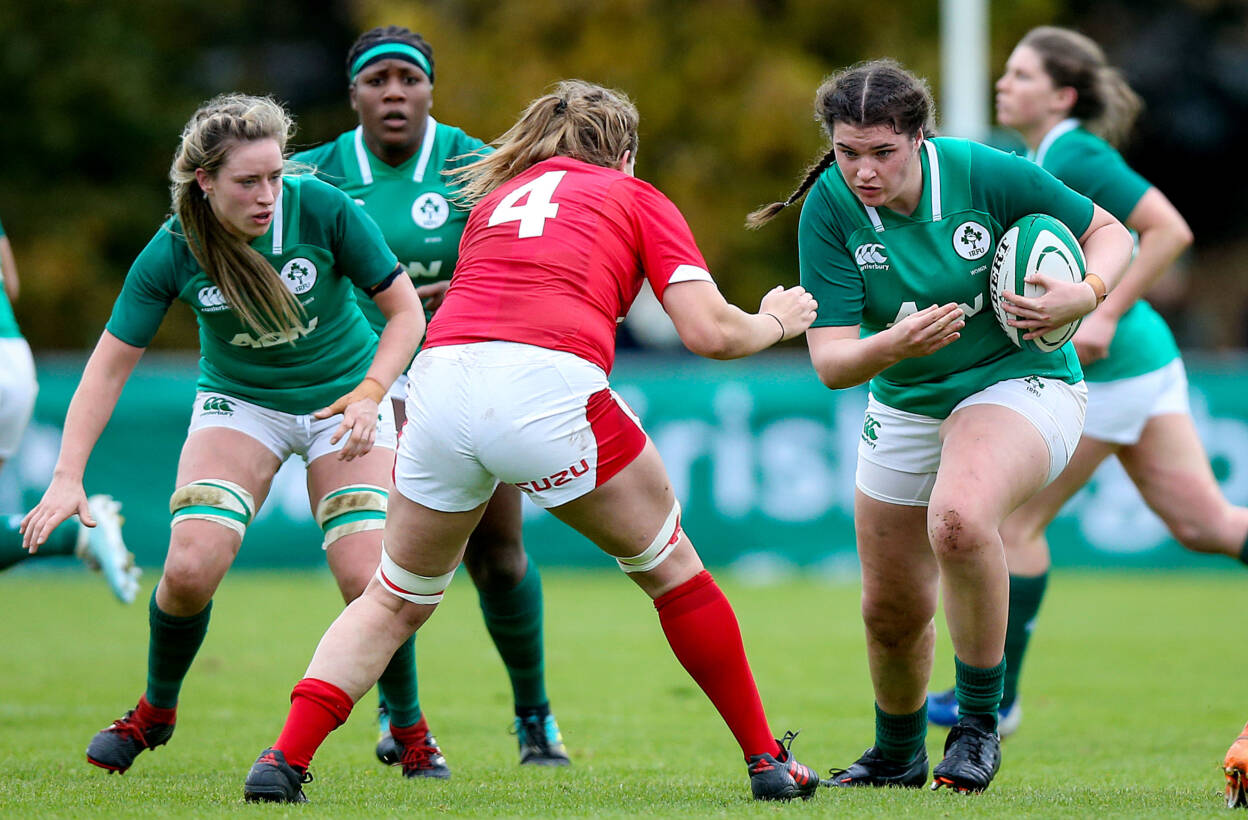 Keohane will have Old Belvedere’s Kathryn Dane alongside her at half-back, while Cliodhna Moloney, another of the try scorers from the first round, has come through the return-to-play protocols to continue in the front row, flanked by Lindsay Peat and Linda Djougang.

Having recovered from a stomach bug, Ciara Griffin is back to full fitness and will captain the team from the back row. Edel McMahon, last Sunday’s player-of-the-match, and number 8 Anna Caplice complete the starting line-up.

Anne-Marie O’Hora and Larissa Muldoon have been added to the replacements, with the latter, who now covers the out-half position, set for her first appearance since the 2017 Women’s Rugby World Cup. Pacy outside back Aoife Doyle is also hoping to make an impact off the bench.

Looking forward to the second round fixture, head coach Adam Griggs said: “It was great to start the campaign with a win last Sunday afternoon. We started the game against Scotland well, but we have areas to work on for this weekend.

“Wales are a familiar side, we played them in November, and we lost to them in the final minutes of that game. We know how strong they are and where the threats are. I’ve no doubt Wales will be looking for a result on Sunday. If we get the small things right, I am confident we will have a successful outcome.”