Terenure College’s Matthew Byrne starts on the left wing, having scored off the bench during last Friday night’s 39-17 win in Galashiels.

There is rotation at hooker where Max Abbott comes in for his Cork Constitution club-mate John Sutton. Abbott has three previous caps at this level against England Counties, France Fédérale and Scotland Clubs.

Commenting on the team selection, Prendergast said: “We’ve made changes that will help us build on last week’s performance. The Scots owned the ball for long periods in the second half and we’ll need to address that.

“We said from the outset we wanted to play a high tempo ball-in-hand game and I think we’ve shown that. We’ll have talented players with a high skill-set on a synthetic surface at home at Energia Park. It should be pretty entertaining.”

The Ireland Club XV squad is drawn from players in the Energia All-Ireland League. Tickets are available to buy from Ticketmaster. 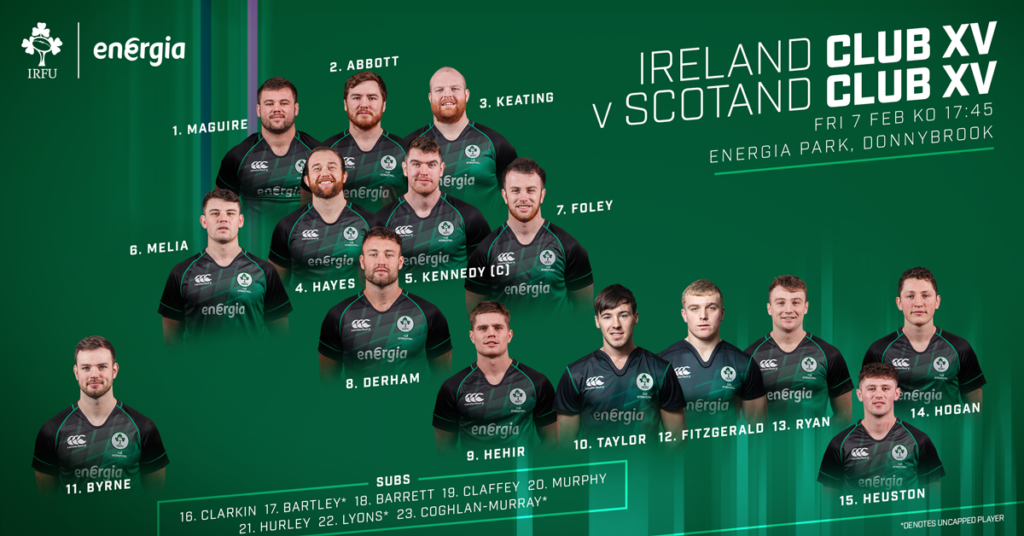