Having played her part in absorbing relentless Scottish pressure, Ireland back rower Anna Caplice was delighted to come away from Energia Park with a much-needed Women’s Six Nations win under her belt.

The Cork native has become a mainstay of the side over the past couple of seasons and linked up with captain Ciara Griffin and Edel McMahon in the loose forwards for the weekend’s Championship opener.

Having laid the foundations with a powerful first-quarter performance during which Cliodhna Moloney and Sene Naoupu both touched down, the Ireland Women encountered a stern resistance from Philip Doyle’s Scotland.

While acknowledging there are areas they will need to work on, Caplice believes the squad are in a positive frame of mind ahead of Wales’ second round visit to Donnybrook next Sunday.

“Scotland put the pressure on and got back into it towards the end of the first half,” said Caplice afterwards. “No one plans to be defending for that long. You build your defence so you can win some attack phases and get back on the front foot.

“A lot of things came together. A lot of things are still to be worked on. One step at a time. If it all had gone right today we wouldn’t need to assemble until Sunday. It was brilliant, really tough. We knew it would be. We just dug our heels in. We were determined to keep them out towards the end.”

The Harlequins forward, who lined out against two of her club-mates, Jade Konkel and Chloe Rollie, in a tense encounter, was particularly thrilled to see Ballinasloe starlet Beibhinn Parsons getting her just reward in the form of a decisive 66th-minute intercept try.

“Beibhinn, after defending our own line for so long. We built it into our defence that, if the intercept was on, our quick girls could go for that intercept. Beibhinn had the confidence to do it and the legs to go all the way. She did us all so proud.” 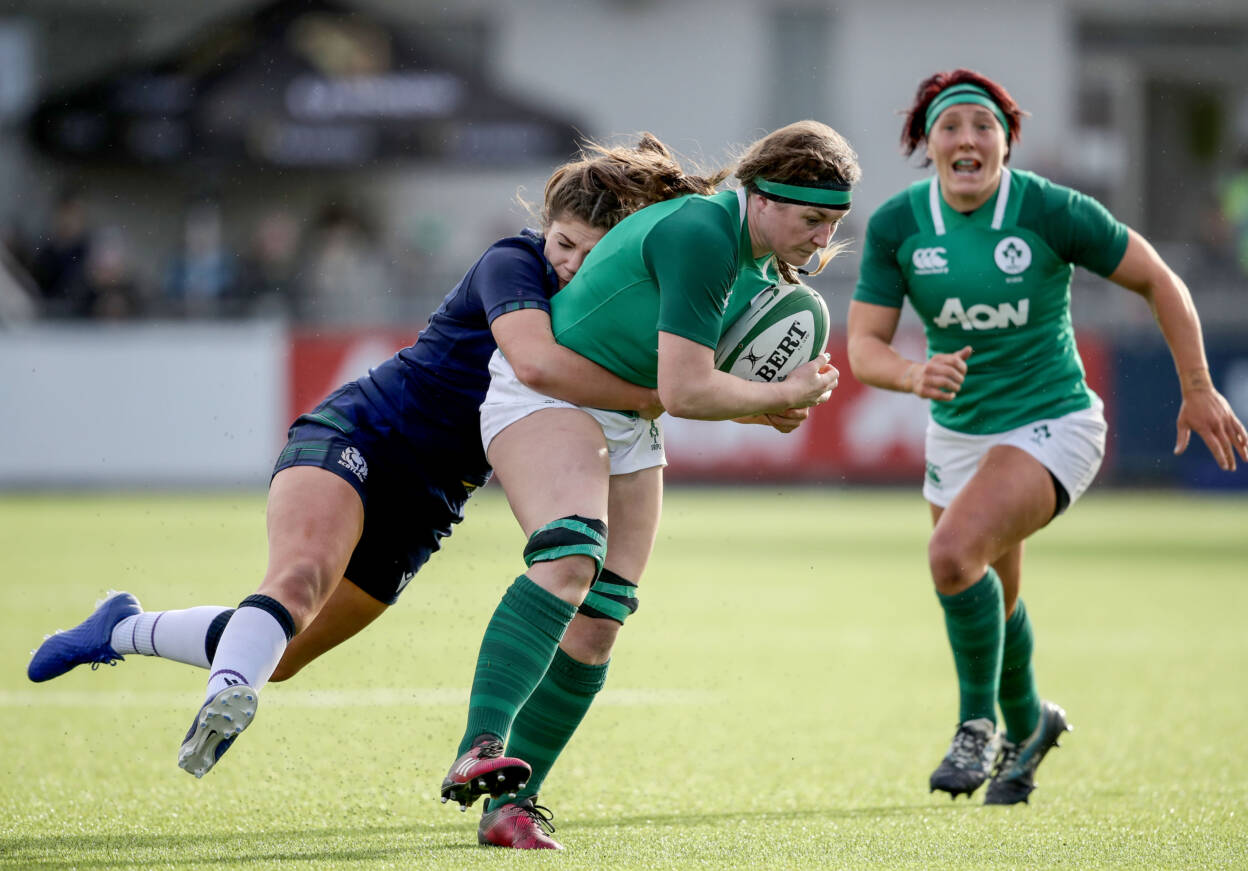 Despite establishing a 13-point cushion with just 15 minutes gone, Caplice and her team-mates always expected a backlash from a Scotland side that was victorious on their last trip to Dublin in 2018. A Chloe Rollie breakaway score swung it their way that day.

Following all the work that had been put into their first Test of 2020, the Ireland number 8 was hugely satisfied to come out on the right side of a tight result.

“We were giving away a lot of penalties. We had to work on our discipline, take an extra step at the back of the ruck. Scotland were smart and made the ruck longer and called us offside. We had to work even harder.

“With the defensive system we’re working in, to get off the line quickly we have to take the extra step to make sure we’re not coming offside. We’re disappointed with (the offside penalties), but I was saying inside I’d prefer to win ugly and have a list of things to work on.

“You train all through January. Yes we had a warm-up game (against Wales), but nothing tests you like a Test. We’ve so much to work on so we’ll take the win. We knew Scotland weren’t coming to mess around. We weren’t expecting a wash-out. They have some brilliant players.” 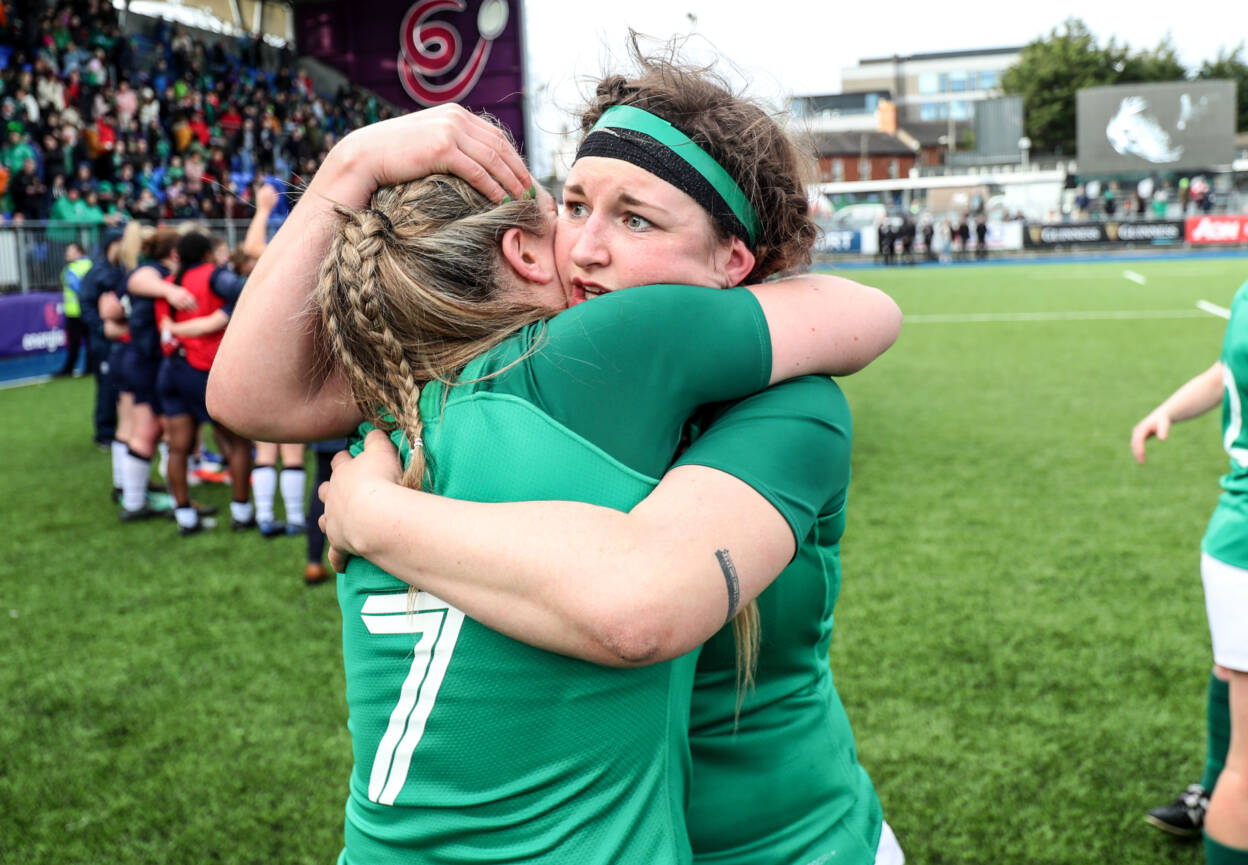 Since moving their Six Nations home games to Energia Park in 2016, the Ireland Women have been greeted by vociferous support and growing crowd numbers. This made for a special atmosphere on Sunday and Caplice hopes it can be replicated for their upcoming clash with the Welsh.

“Today was just so enjoyable. The crowd were just buzzing. I was almost thinking to myself, thinking of my friends, ‘Why aren’t they here? Why aren’t my whole extended family here? Why isn’t everyone here?!

“This is unbelievable, just as entertaining as the men’s game and good quality too. That’s my plea to everyone to come out, get into the stands and sell it out completely,” she added.

Tickets for the Ireland v Wales Women’s game at Energia Park next Sunday (kick-off 1pm) are priced between €5 and €15, and include adult, child and family tickets. Click here to buy yours now from Ticketmaster.ie.