As Sydney’s weather changed from one extreme to the other, Ireland Men’s Sevens found their own surge of energy to pull off a memorable comeback victory over Argentina and claim seventh position at the fourth leg of the HSBC World Rugby Sevens Series in Australia.

Trailing the Pumas by 12 points at the break in torrential rain, Anthony Eddy‘s men were staring down the barrel of a deflating defeat at the Bankwest Stadium but Ireland – backed by huge green support on Sunday night in Sydney – conjured a powerful and impressive response to run in three unanswered tries in the second period.

Terry Kennedy‘s virtuoso individual score, converted by captain Billy Dardis, set the wheels in motion for Ireland’s fightback and when Adam Leavy sent Harry McNulty powering through, Ireland did brilliantly to keep the ball alive for replacement Greg O’Shea to get over for his maiden World Series try.

With a slender 14-12 lead heading into the final exchanges, Ireland showed match-winning composure to firstly close the door on a dangerous Argentina break and then wind down the clock by going through phase-after-phase in their own half.

As the hooter sounded, Jordan Conroy raced clear down the right to seal a 21-12 victory for Eddy’s men, much to the delight of those of green persuasion in the stands. The winger now has 17 for the season, maintaining his status as the leading try-scorer on the World Series this term.

It was Ireland’s second victory of the day at the Sydney Sevens following their controlling 26-10 Pool defeat of Spain earlier on Sunday, with Kennedy’s brace of tries and Jack Kelly‘s first-half score ensuring they finished second in Pool D behind England.

A seventh place finish in Australia secures Ireland 11 World Series ranking points, which moves them up to 33 overall and into ninth position on the standings after four tournaments ahead of the next leg in Los Angeles from Saturday, February 29 – Sunday, March 1. 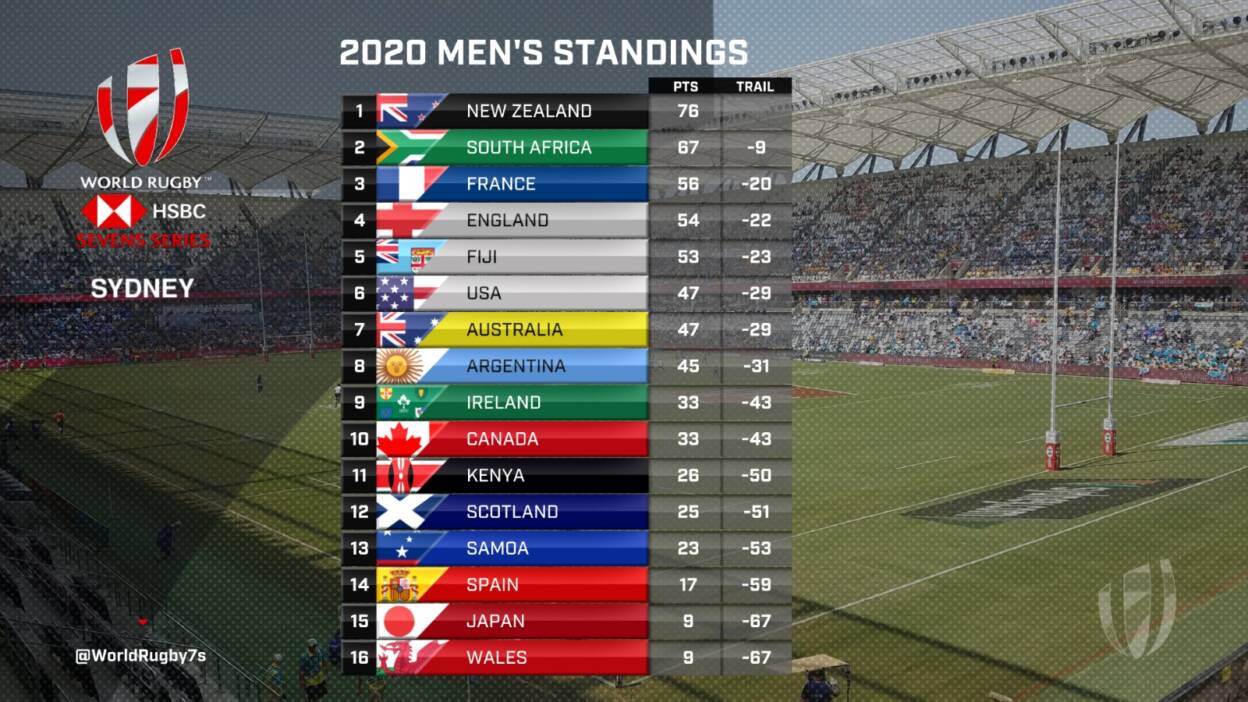