With Scotland applying intense pressure deep inside the Irish 22, the 18-year-old Parsons rushed up to pick off Sarah Law’s pass and dart clear for a magnificent finish from 90 metres out.

Given their winning margin was just four points in the end (18-14), the young winger’s impressive decision-making and pace was vital in Ireland getting their 2020 campaign off to a successful start.

“Look, if anyone was going to get that intercept and go the length of the field, it was Beibhinn,” insisted Griggs in the aftermath of the game. “I was actually saying there, I was probably breathing heavier than she was after running the field!

While Parsons and 19-year-old new cap Dorothy Wall – a half-time replacement for ill captain Ciara Griffin – made strong impacts, the evergreen duo of Sene Naoupu and Lindsay Peat once again left their marks on this pulsating first round fixture.

Tireless centre Naoupu, who took over the captaincy role in Griffin’s absence, bagged an a try on her 36th birthday, while Peat produced an action-packed display from loosehead prop.

Griggs agreed: “She (Naoupu) is phenomenal. You look at her and you look at someone like Lindsay Peat, both in their 30s. They’re key to this group and I’d say they’re rejuvenated by the younger girls coming through. I think if you look at a Sene or a Lindsay, they’re two of our fittest squad members.

“It’s looking after the bodies as much as you can, but also generally being really fit and healthy. It’s no mistake that they can play into their 30s. That’s a great highlight for some of the younger players, because at this point in time, where the Women’s game is at, there is a good career there for you.

“Hopefully as the years gone on, we’ll start to see players looked after even more. In that recovery and all those things that we’re doing now. We’ll prolong people’s careers for sure.” 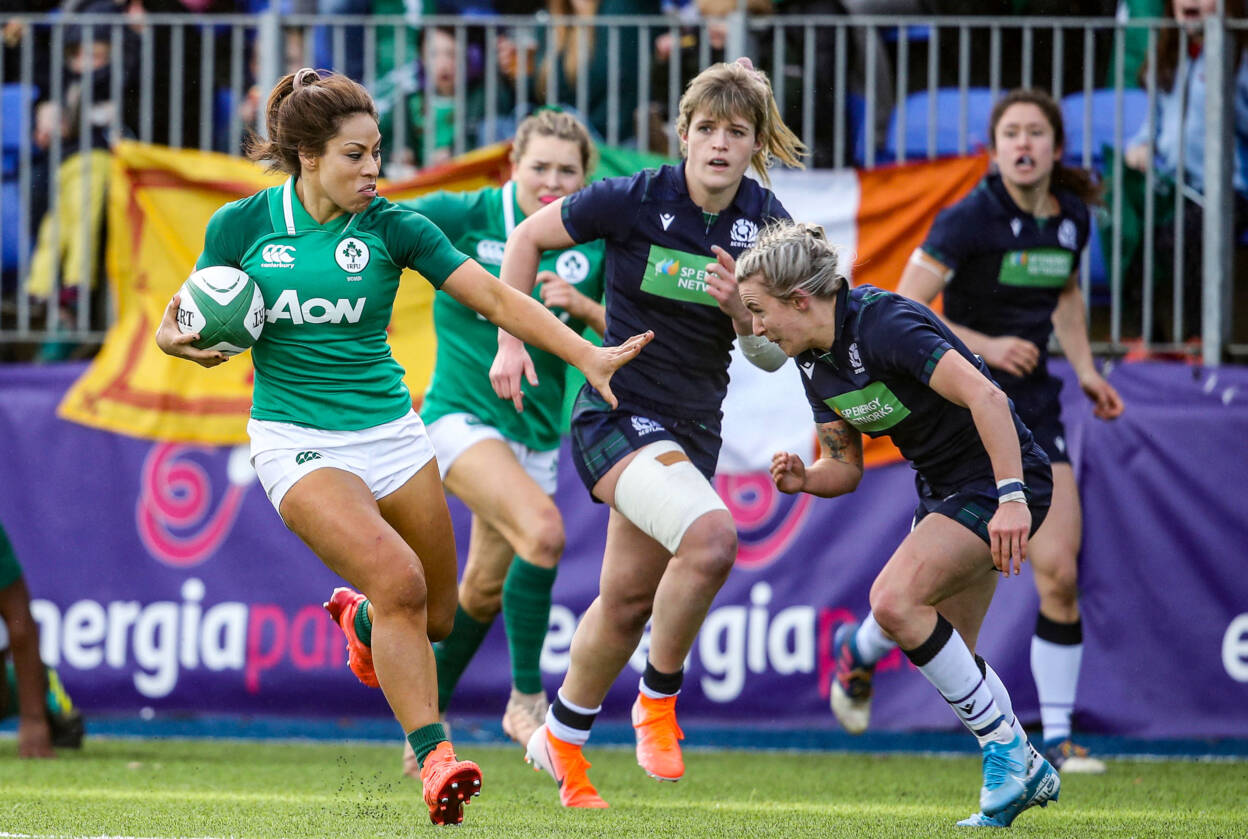 While there was undoubtedly positive signs in Ireland’s performance, particularly their blistering first-quarter approach, Griggs admitted they will be looking to develop greater consistency ahead of next Sunday’s second round meeting with Wales at the Donnybrook venue.

Noting that there will be a particular focus on reducing their penalty count, something that Scotland were able to take advantage of, he continued: “The first 20, 25 minutes we were really sharp. We got the rub of the green. Everything that we’d practiced was starting to come off. That’s the potential that the group have.

“We looked really good and then we gave away a lot of penalties. Our discipline really hurt us and certainly in the first half, it gave them the piggy-back to work up the field. Score a try before half-time.

“It definitely woke us up, but at the same time you don’t want to be giving away points to be woken up. That’s a huge work-on for us. Again, I think some of the calls are pretty harsh on us at times. But at the same time, we’ve just got to be better at managing the game that way.

“We played a lot of good rugby and positive signs there, but when you’re not getting the rub of the green you’ve got to be clever about how you go about the game.”

Yesterday’s Celtic derby represented a first competitive win for Ireland since last February’s 22-5 bonus point triumph over the Scots at Scotstoun Stadium. They had looked set to edge out Wales in last November’s Test at UCD, only to be denied at the death by Keira Bevan’s last-gasp try.

Now coached by former Ireland supremo Philip Doyle, Scotland had threatened to spoil the party in the closing stages of their latest encounter, and Griggs was therefore pleased to see his charges grinding out a result in the end.

“I think with the way the Scottish team play, they’re driven on their physicality and once they got a bit of a sniff on us there, they really started to hammer home. They put us under a lot of pressure. They’re a good side and I’m sure they’ll take some scalps this year as well. I was really pleased the way we bounced back.

“We could have had a deja-vu moment of November with the last scrum and then also having a penalty. For us to make sure our D held firm, force the turnover and get rid of it, it shows the character.

“Talking to some of the players even, they were saying, ‘We know it shouldn’t have been that close’. At the same time, sometimes getting out of a situation like that is actually even better for you. To make sure you move forward.” 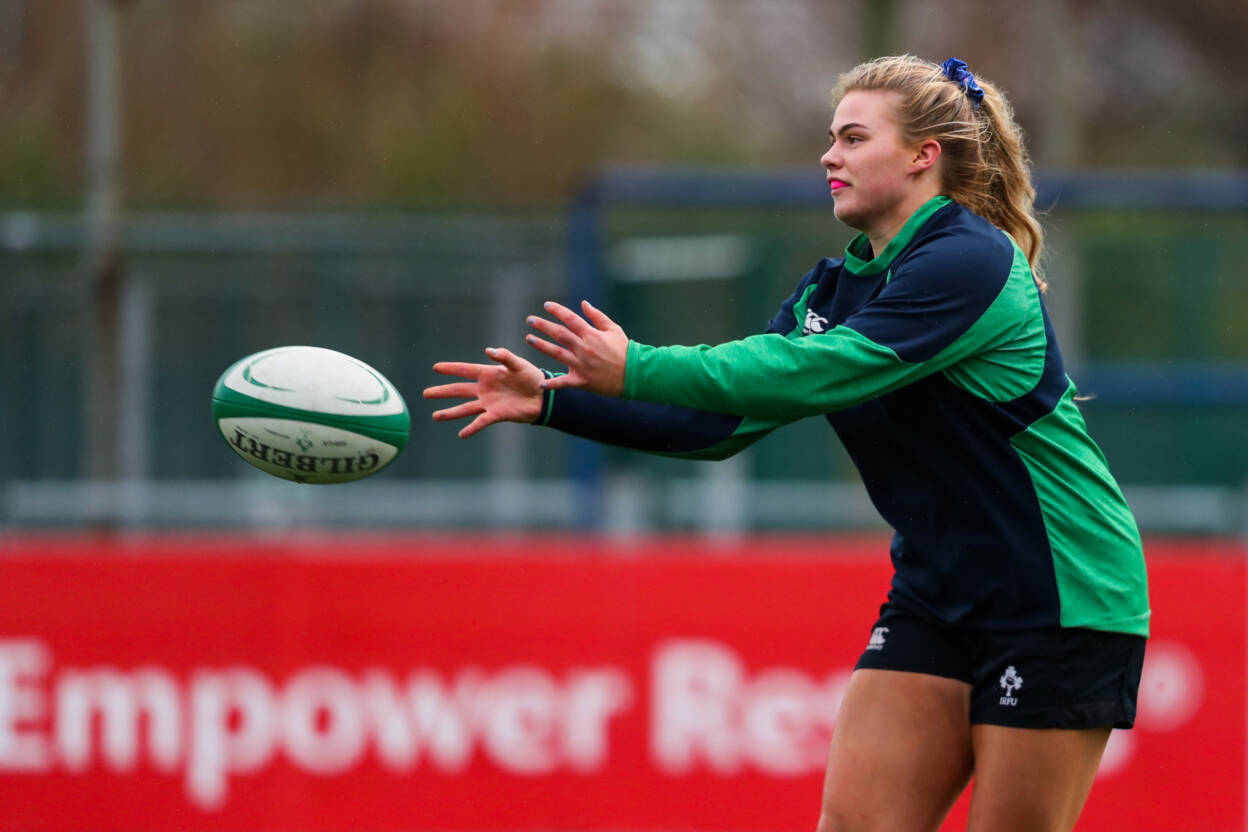 Similar to his counterpart with the men’s team, Andy Farrell, Griggs has a number of injury concerns ahead of the Wales match. Try-scoring hooker Cliodhna Moloney, the aforementioned Griffin and out-half Ellen Murphy were all forced off during the hard-fought opening victory.

While the New Zealander was not in a position to elaborate on Moloney and Murphy’s respective conditions, he was hopeful that skipper Griffin would be back to 100% in time to face Wales.

“We think Ciara should be fine. She actually had a tummy bug, so she hasn’t been well. I think she just gave her all for 40 minutes and then just had nothing left. We spoke about Dorothy (Wall) over the last couple of weeks, and she came on and made an immediate impact.

“It shows her potential as well. We were quite excited for what she was able to do, she got a longer run than we probably planned. She showed she’s more than capable with this level for sure,” he added.