Head coach Noel McNamara has today named a 37-man Ireland Under-20 squad, sponsored by PwC, for the upcoming U-20 Six Nations Championship, with seven players from last year’s Grand Slam-winning panel included for the 2020 season.

Ulster Academy back rower David McCann, who last season helped McNamara’s side to a memorable clean sweep of Six Nations victories, has been appointed captain ahead of the opening fixture against Scotland at Irish Independent Park on Friday, January 31 (kick-off 7.15pm).

McCann, who has previously captained Ireland Under-19s, is joined in the squad by Munster Academy second row Thomas Ahern and the Leinster contingent of Thomas Clarkson, Brian Deeny, John McKee, Charlie Ward and Max O’Reilly, who are all involved at this age-grade for a second season.

Leinster Academy tighthead Clarkson started all five of last year’s games in the U-20 Six Nations and will add valuable experience to the pack as one of 20 players from the eastern province included in Ireland’s final panel.

McNamara and his assistant coaches, Kieran Campbell and Colm Tucker, are excited about the strength in depth and overall dynamic of this year’s group having had to make a number of difficult selection decisions.

Cork Constitution’s Jack Crowley has featured heavily for Munster ‘A’ this season and impressed against his native province during the annual challenge match over Christmas, with the out-half scoring 13 points off the tee in a six-try win.

Ulster hooker Tom Stewart was another standout performer in the game against Munster Development last month and leads a seven-player Ulster contingent, including Academy centre Hayden Hyde and winger Ethan McIlroy (pictured below). 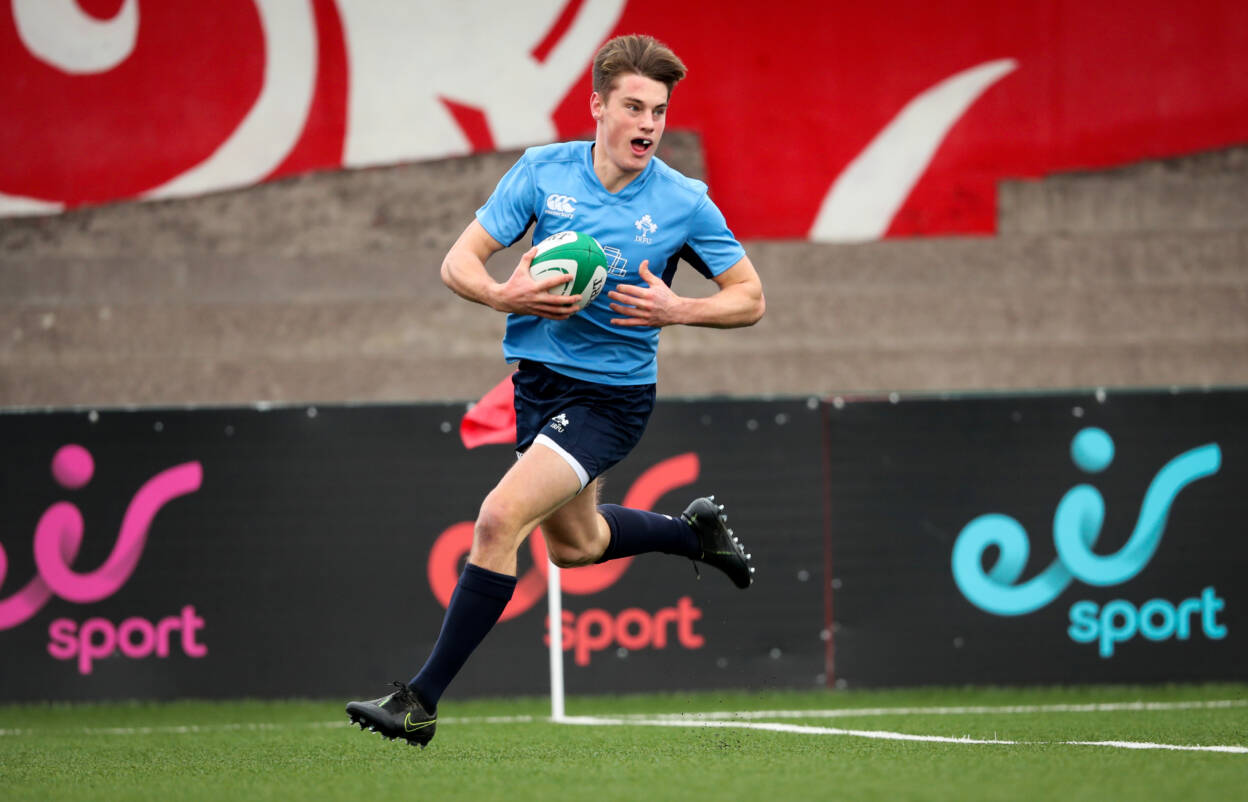 19-year-old McIlroy has already made his senior debut for Ulster having come off the bench during their GUINNESS PRO14 defeat to Leinster at the RDS last month, while powerful number 8 Joshua Dunne leads the Connacht contingent of four.

“It’s always a very exciting time for these young players when the Six Nations comes around,” said McNamara. “We have been working through the selection process since last year, which has culminated in today’s 37-man squad announcement.

It was a tough selection and there are a number of players who are unlucky to miss out. It’s important to note at this stage that selection will be ongoing and players from outside this group will have further opportunities to impress throughout the season.”

Having enjoyed huge success in front of sold-out crowds at Irish Independent Park last year, the Cork venue will again play host to the Ireland Under-20 home games, and the visit of Scotland is followed by a clash with Wales on Friday, February 7 (kick-off 7.15pm and tickets are available here).

After a down week, McNamara’s side are on the road to face England at Franklin’s Gardens on Friday, February 21 (kick-off 7.45pm), and then it is back to Irish Independent Park for a round four meeting with Italy on Friday, March 6 (kick-off 7.15pm and tickets are available here).

The Ireland Under-20s will conclude their campaign against France at the Stade Aime Giral in Perpignan on Friday, March 13 (kick-off 8pm).

On returning to Irish Independent Park, McNamara continued: “Everyone is hugely enthusiastic about getting back down to our home in Irish Independent Park in Cork. We will have three tough games there this year against Scotland, Wales and Italy. I have absolutely no doubt about the raucous reception that awaits our team and our opponents.”

Feargal O’Rourke, PwC Ireland Managing Partner, commented: “The development of talent, collaboration, team-work and the pursuit of excellence are core values of PwC, and are the hallmarks of this team. It is these shared values that have made our partnership with the IRFU so successful over the last 14 years.

The team are excellent ambassadors for the country, for Irish Rugby and for PwC Ireland. We wish them the best of luck as they defend their Championship title, which they won in such style by clinching a Grand Slam in 2019.”

Tickets for the Ireland Under-20 home fixtures in Irish Independent Park are available from www.ticketmaster.ie.