Leinster will host Saracens in a repeat of the 2019 Heineken Champions Cup final, while Ulster face a trip to Toulouse in another mouth-watering quarter-final match teed up for early April.

Leinster racked up 28 points in Pool 1 to secure the top seeding and will meet Saracens at the Aviva Stadium on April 3/4/5. The defending champions narrowly defeated Racing 92 27-24 this afternoon to finish as one of the best three runners-up.

Leo Cullen’s men are out for revenge having lost last May’s decider 20-10 to Sarries. Leinster have a won three-and-lost one record against the London club, with pool victories in 2010/11 – 25-23 at Wembley Stadium and 43-20 at the RDS – and a memorable 30-19 home quarter-final triumph only two years ago.

Wrapping up the pool stages with a 22-15 success against Bath, Ulster finished second to Clermont Auvergne in Pool 3 and secured the number six seeding. Stade Ernest Wallon is their destination when the Champions Cup resumes on the weekend before Easter.

Dan McFarland’s side will travel to Toulouse, beaten semi-finalists last year who topped Pool 5 with six wins-from-six. Ulster have met Toulouse on nine previous occasions, famously doing the double over the French giants back in December 2015.

They won 38-0 in Belfast before edging the return fixture 25-23 at Stade Ernest Wallon thanks to tries from Ruan Pienaar, Andrew Trimble and current centre Luke Marshall. Ulster are seeking their sixth win in ten meetings with les Rouge et Noir. 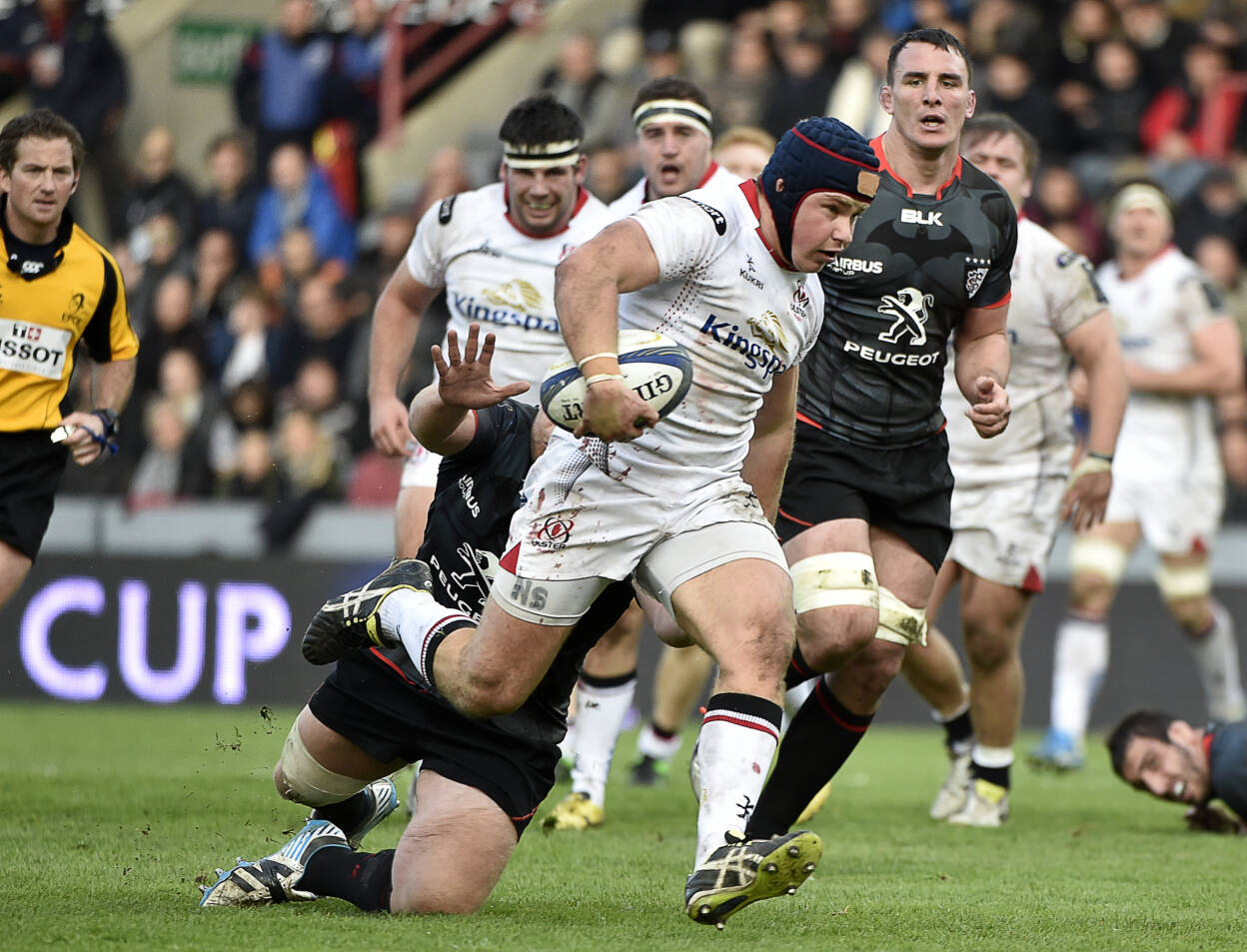 It is just over 22 years since Simon Mason and David Humphreys combined to boot the province to a superb 15-13 quarter-final victory over Toulouse during their unforgettable European Cup-winning campaign.

Meanwhile, Pool 4 winners Racing’s narrow loss at Saracens means they will be on the road in the last-eight as fifth seeds, facing French rivals and Pool 3 winners Clermont Auvergne at Stade Marcel Michelin.

Pool 1 runners-up Northampton Saints will travel to face unbeaten Pool 2 winners Exeter Chiefs at Sandy Park, with the Devon side slotting in as the number two seeds, a position Toulouse fell five points short of claiming following their 35-14 bonus point win over Gloucester.

The exact dates, venues, broadcasters and kick-off times for the matches will be announced towards the end of next week.