Ballincollig native Deirbhile Nic a Bhaird believes the Ireland Women are equipped to challenge a formidable French scrum when the sides meet in the Women’s Six Nations at Energia Park on Saturday night (kick-off 7pm). Tickets are available to buy from Ticketmaster.ie.

Although they lost out to England and Italy either side of a bonus point win over Scotland, Ireland’s set piece game has been one of their biggest assets throughout the tournament and it could provide a vital platform against the world’s third-ranked team in Donnybrook.

“France are a bigger pack unit than we are, but we’ve gone well in our matches against bigger sides so far,” said Nic a Bhaird. “The English definitely were bigger than us in terms of weight and we had very positive moments against them in the scrum. Same goes for the Italians, they were probably bigger than us as well.

“Though we weren’t consistently dominant, we did show moments where we could dominate them. Against France we’ll be looking to have that same mentality of our set piece being our bread and butter. That’s part of what Ireland is all about. Being dominant there in those positions is really important for us.”

Nic a Bhaird’s international 15s debut, off the bench in the 22-5 second round victory over Scotland, had been a long time coming. A member of the training squad for the 2017 Women’s Rugby World Cup, the former Highfield underage player subsequently switched to the IRFU Women’s Sevens Programme, featuring in last year’s Rugby World Cup Sevens in San Francisco. 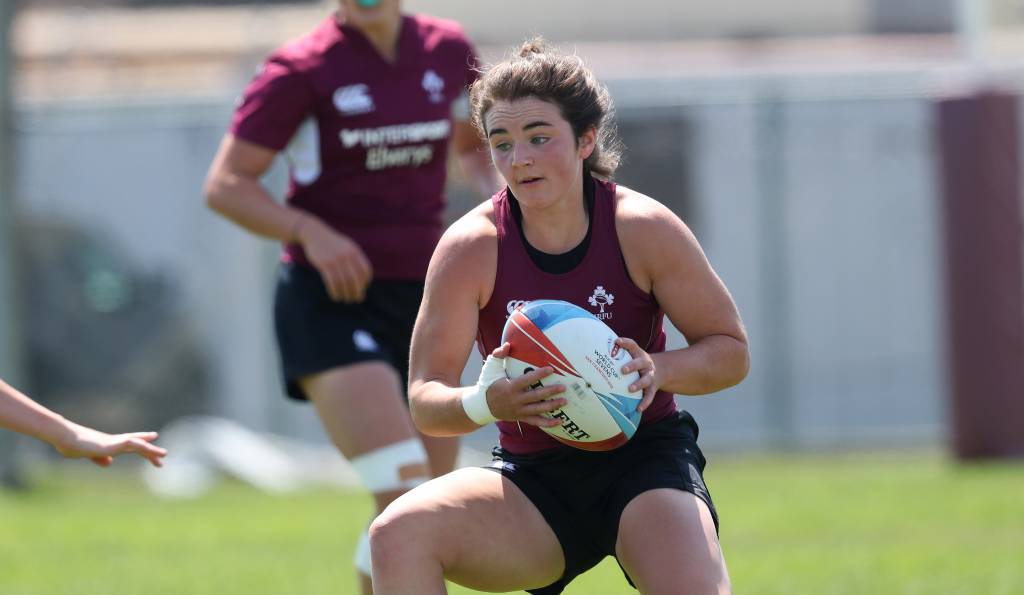 She was part of the Ireland squad that made history by reaching the HSBC World Rugby Women’s Sevens Series semi-final in Sydney last month, before being called up by 15s head coach Adam Griggs who works with both the Women’s 15s and Sevens sides as part of the IRFU High Performance Unit.

“Scotland was my first 15s cap. I started with 15s, so I would have come into the Sevens through the 15s programme. Getting back to it has been really interesting because I transitioned back from the other side of it, the first time around. It’s been really enjoyable and getting back into camp with a lot of girls I would have played with up all along the way. It has been really, really good.”

The latest addition to the Irish front row, Nic a Bhaird was formerly a winger with both UL Bohemians and Munster. Having initially made the transition to hooker with the Limerick club, a Premiership and National Cup-winning stint with English club Aylesford Bulls (now Harlequins) ensured that it would be a permanent move into the pack.

“I started on the wing and the first time I was involved with the 15s camp I was in as a winger. I kinda had a gut feeling I wasn’t going to make it there, especially with the competition coming in from girls from the Sevens programme at the time. So I moved to the front row, I think with Bohs first and then I was playing in England with Harlequins for about six or seven months.

“Played front row and back row with them. Decided I was happiest there and that I could hopefully be of most use there and competitive as possible there as well. Over the course of two years, learnt as much as I could in there. Learnt as much from the girls around me and the girls in ‘Quins as well. I’ve tried to stick it out there now.”

Thankfully for Nic a Bhaird, her 15s coaches – at both club and international level – were more than happy for her to pursue this new role. The 23-year-old continued: “I kinda told them that where I was going with it and I think they backed me. I wouldn’t necessarily be the quickest, so maybe the wing wasn’t ever really meant for me. I tried to make up for it with the bit of strength that I have.

“I think I’m normally able to compete, I wouldn’t necessarily be the heaviest front row either. I have to make up for it with work-rate or whatever from Sevens that I’m able to bring in, that bit more pace and add to an attacking threat. I love the contact area of the game and rucking. I think coming from that background of different sports definitely helped me to be better in those areas as well.”

Saturday’s penultimate round encounter with France should prove to be a special night for the Cork woman. Following fleeting cameos in the Scotland and Italy games in the last two rounds, she will pack down in between Laura Feely and Fiona Reidy for her first competitive 15s start in an Ireland shirt.

She has made steady progression in recent weeks, under the watchful eye of Ireland scrum coach and fellow Corkonian Mike Ross. “I was quite nervous going into that first scrum session with him (Ross) there, because I feel that I still have a lot to learn about the position, especially those technical details in the scrum,” admitted Nic a Bhaird.

“I got almost a compliment from him at the weekend. He said he didn’t notice me doing anything wrong! It’s better than standing out for being problematic. He is very, very helpful. Even outside of scrum, the work he does to just make us more efficient around the park and understand our different roles better as well. He’s a good voice to have in the backroom team as well.” 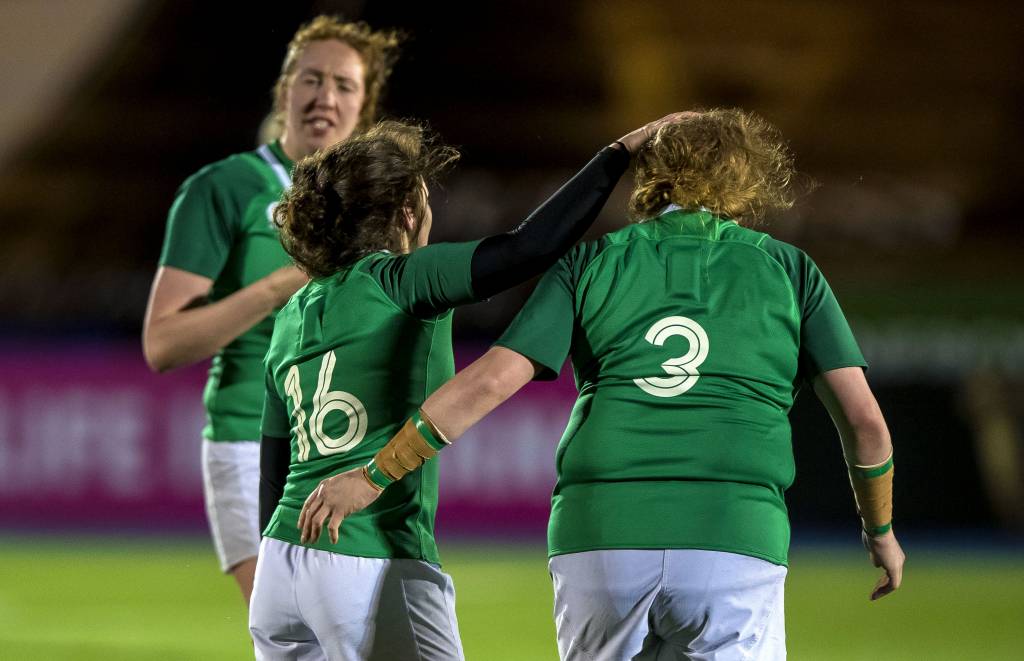 While one of Ireland’s latest dual internationals acknowledges they were hurting in the aftermath of the 29-27 loss in Parma a fortnight ago, she believes the negative aspects of the performance can be easily fixed ahead of les Bleues’ return to Donnybrook where they lost 13-10 to Ireland during the 2017 Six Nations.

“We obviously weren’t happy with the way the whole match (against Italy) went, but there were moments that we were really proud of as well. I think for the sake of our own head space and going forward with the next two games, it was important for us to look at the negatives, address them and fix them in the camp we just had last weekend.

“But also to take confidence in the things that we did do well. Because going into a tough game against France you need to be confident in the people around your own abilities as well. That was definitely a bitter one to take. Things to build on and things to fix certainly, but going forward it will be fixable,” she added.