Ireland Under-20 head coach Noel McNamara has dismissed the notion that France’s away struggles in recent seasons give his side the upper hand for tonight’s U-20 Six Nations showdown at Irish Independent Park (kick-off 7.15pm).

The Ireland U-20s lead the race for the U-20 Six Nations title, armed with a four-point lead over the French, and will be aiming for a fourth successive home victory over les Bleuets in the tournament since 2013. France were beaten 31-19 by England in Exeter in the second round, but McNamara and his players are not taking anything for granted.

“If you look at France over the course of the last five years, they finished first, second, second, second and first in the Under-20 Six Nations. It’s a pretty enviable record, to be honest about it,” said McNamara, who had two close encounters with the French last season resulting in 34-24 and 26-24 defeats.

“Traditionally, people would have felt that French teams don’t necessarily travel as well away, but they have had some pretty compelling performances away from home in the U-20 Six Nations. We are expecting a massive challenge. We are expecting the world champions to turn up. We know that if we are not at our best, it probably won’t be good enough. Equally, we fully believe that if we are at our best, we will be.”

In the absence of knee injury victim David Hawkshaw, who is replaced at inside centre by Cork Constitution’s Sean French, Charlie Ryan will captain the team from the second row. The Ireland team is otherwise unchanged, with Ulster starlet Angus Kernohan retaining his place alongside Munster duo Jake Flannery and Jonathan Wren in the back-three.

Impressive wins thus far against England, Scotland and Italy have the Ireland Under-20s on course for a first U-20 Six Nations title success since 2010. In spite of the anticipation that is beginning to build, however, McNamara does not feel there is a needed to quell the excitement within the camp.

“I don’t know if you need to temper it. The group are a good group. They have worked very hard over the last few weeks and they have given themselves an opportunity through that. It’s about them staying focused on the task ahead, which is France and what a task.

“It’s a significant challenge. They are the reigning World champions and Six Nations champions. The lads have prepped well, had a good (training) run-out against the senior team in Belfast last week. If you don’t enjoy these kind of challenges, then they really shouldn’t be involved in it.” 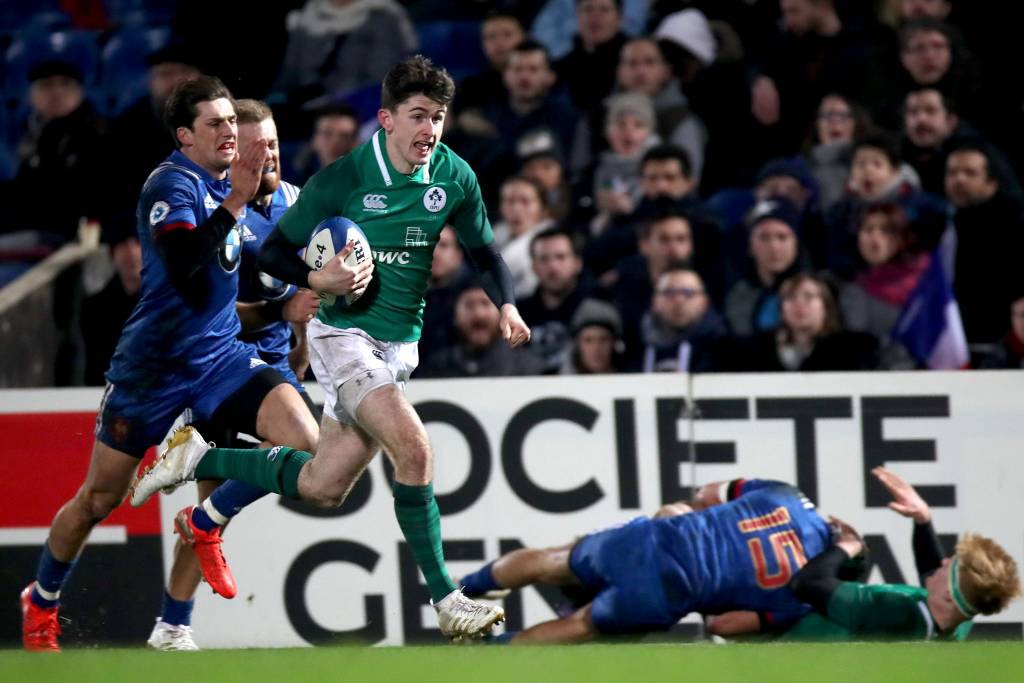 Having kicked off their 2019 campaign with a comfortable 32-10 victory over Wales, France responded to the England setback by putting Scotland to the sword in round three (42-27). Given they are the tournament’s top try scorers – 13 in three games – it is little surprise that McNamara sees attacking threats from all angles.

“Obviously they have got last year’s World U-20 Player of the Year at number 8, Jordan Joseph. He has been earmarked as a significant threat. Their 10 is back again, (Louis) Carbonel, the right winger (Vincent) Pinto has been a real threat over the course of first couple of games. They have strength in the pack as well.

“There are a number of guys who have Top 14 experience and that has come to bear. But it’s going to be frantic pace and energy from our boys. And that’s where we are really going to challenge them, to see if they can live at that pace.”

The Ireland Under-20 squad made the trip to Queen’s University in Belfast last Friday for their second open training session with Joe Schmidt’s seniors. McNamara found both work-outs to be extremely beneficial and noticed some improvements on their initial get-together at the Aviva Stadium last month.

“There’s a couple of things that you’d notice. Particularly in the first one, just the pace and the speed at which the seniors did things. They tended to win almost every race. That was something that we really challenged ourselves to try and be better at in Belfast,” explained the Clare man.

“The speed that they move between things and their ability to react and adapt is something really that the lads look to learn from and they’re looking to emulate. That was the main thing. The thing that you would say in fairness to them is they certainly weren’t overawed by it. A lot of these would have grown up looking at these players.

“It’s no coincidence that we’ve got five 10s in our squad. When you look at ROG (Ronan O’Gara) and Johnny Sexton, a lot of these guys when they were growing up that’s who they would have been looking towards. There is that side of it for them, but I think they managed that really well. Again, that’s probably a reflection of them. They’re quite a mature group.” 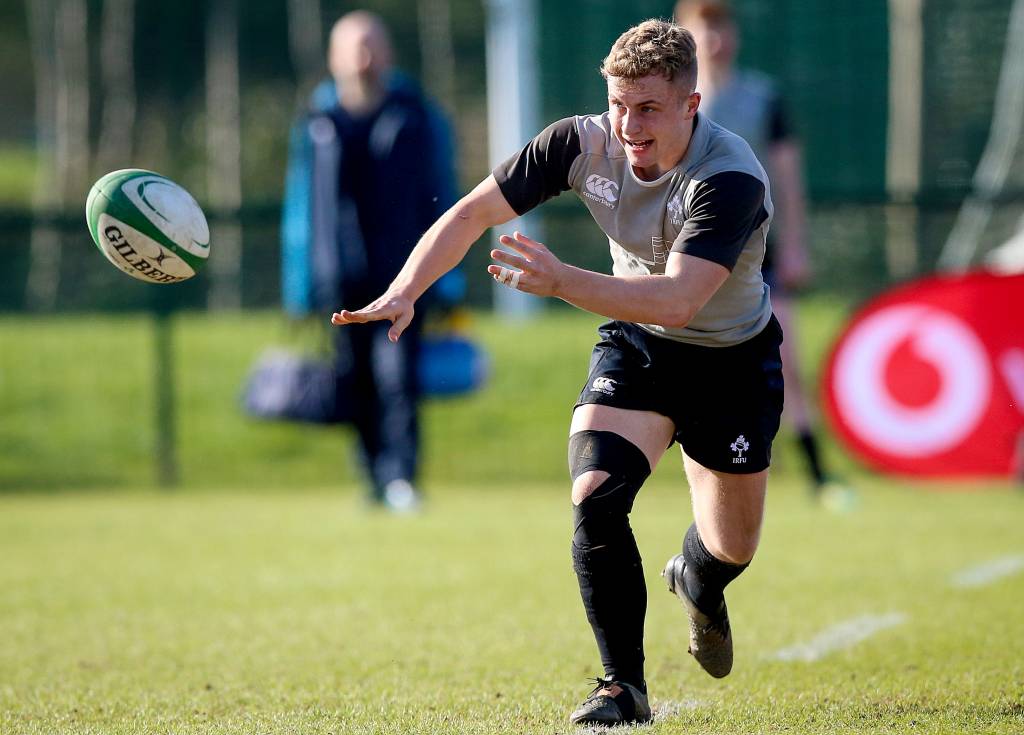 Before the tournament got up and running, McNamara spoke about how crucial it was to develop strength in depth ahead of this summer’s World Rugby U-20 Championship in Argentina. While there has been some scope for change in previous rounds, the form of the starting team has given the the head coach a welcome headache.

“We tried to do it a little bit in the Italian game through the bench and look at some options there. We have built a little bit of depth. There has been a couple of guys unavailable as well. It’s been challenging to change the team, because the way it has worked as well. We had the block of two games and we had a week off. We’d one game and a week off again.

“There has been an opportunity for guys to be refreshed that way as well. I think we’ve done it to a certain degree. We maybe would have liked to have looked at a couple of more combinations. Maybe we will get the opportunity to do that in the last two games,” he added.

Over 6,000 tickets have been sold for what promises to be a very entertaining Under-20 Six Nations match between table toppers Ireland and France in Cork tonight – click here to buy your ticket(s).